Artificial intelligence jobs are future-proof, with new and lasting careers for AI engineers, scientists, machine learning developers, data scientists, and more. For that reason, Poker.org, analyzed over 8,000 job advertisements to find out which US state offers the highest number of artificial intelligence jobs, where can be found the most AI remote jobs or which are the states offering the most entry-level jobs in AI.

Poker.org analysis of Indeed.com data showed that most AI jobs are being offered in states with high-population cities like California, New York, and Texas. 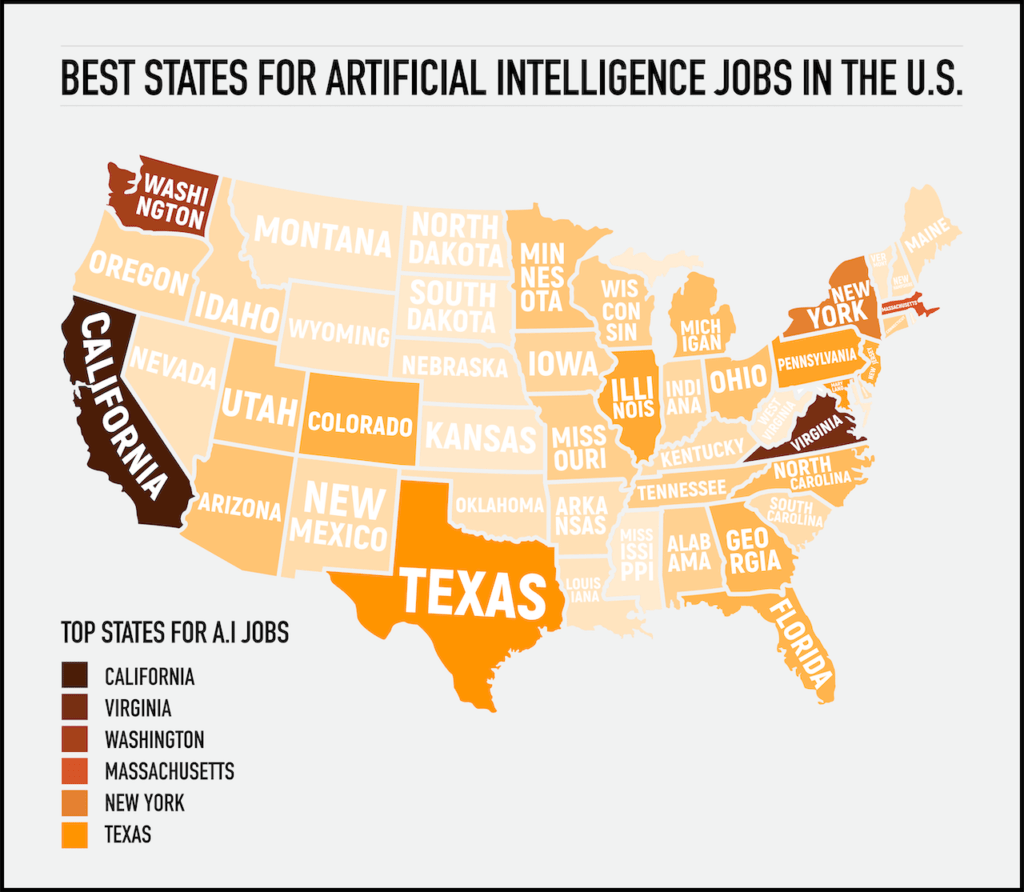 Poker.org also used Google Trends data to analyze the states where people search the most often for the term, AI Jobs. They also used keyword research tools to get a clear idea of how many times people in each state searched for that term.

The top states searching for artificial intelligence jobs the most were:

The AI job ads research also showed states with the highest number of remote jobs. The state with the most remote jobs is California (148), followed by New York (89). Texas (76), Massachusetts, (39), and Virginia (31).

Furthermore, the findings revealed US states that currently offer the most entry-level jobs in AI. With California leading again (351), followed by Massachusetts (126), New York (113), Virginia (110) and Washington (84).

However, the data also showed states with fewest AI jobs. These are Alaska, which is also the only state with zero AI job ads, Mississippi (2) and South Dakota (4).

Brendon Thomson, spokesperson for Poker.org commented: “Our research confirmed that AI jobs are growing fast, with thousands of new AI careers popping up around the country.

Poker.org analysed Indeed.com in September 2020 for all 50 U.S. states. The company also compiled online search data for AI jobs in all 50 states, adding insights by using keyword research tools to find approximate search numbers for the key terms in every state.