Microsoft Corporation (MSFT) develops, licenses, and supports software, services, devices, and solutions worldwide. The company just raised its quarterly dividend by 9.80% to 56 cents/share yesterday. Microsoft is a dividend achiever which has managed to increase annual dividends for 16 consecutive years. 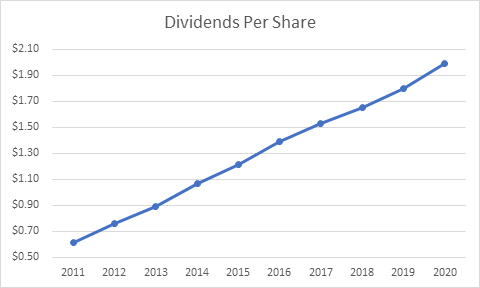 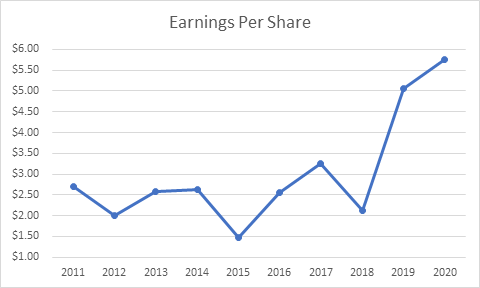 Future growth would be driven by its cloud based platform Azure, as corporations move to the cloud. It would be driven from Office, as more customers move to use software as a service, rather than buy licenses. Linkedin could help growth too, as would Xbox. Windows is essentially a utility, on which a lot of other applications run.

Earnings per share growth has been aided by share buybacks. Microsoft reduced the number of shares outstanding from 8.593 billion in 2011 to 7.683 billion in 2020. 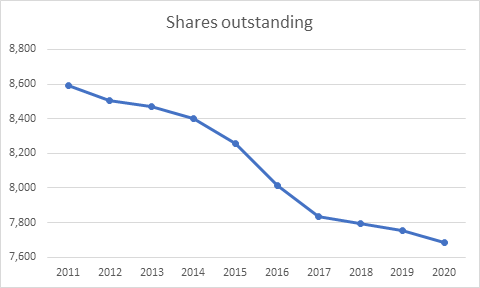 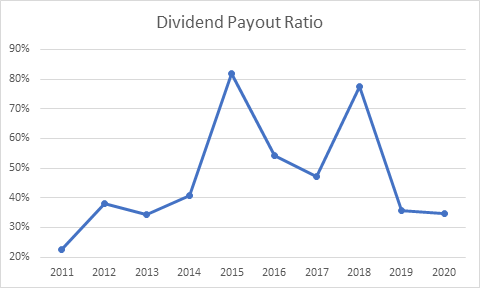 Microsoft is not cheap today at 32.30 times forward earnings and a dividend yield of 1.10%.

If Microsoft stumbles over the next couple of years, I would be ready to take advantage of this opportunity at a much better entry valuation.