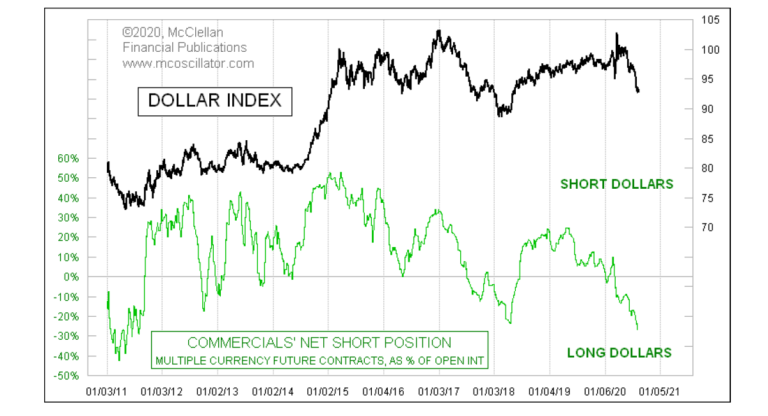 2020 started off on negative footing for the fund given our tremendous outperformance in 2019. We knew coming into the year it would be a challenge to crush returns in the manner we did the previous twelve months. Valuations were stretched and the go-go momentum bull market only rewarded the high-flying tech sector while hindering value plays. This of course, was prior to the black swan event we now call, COVID-19. A virus which has taken over the world as we know it. I am sure many of you have become quasi experts of the disease and have witnessed firsthand the crushing impact which has followed. Therefore, I won’ t spend time on the virus itself and instead focus on 1): How we are positioning the fund through the storm and 2): Where we expect Livermore to capture returns moving forward.

As the pandemic hit and the world turned our focus was centered on capital preservation. This proved difficult given we own a concentrated book of value plays and had no intention of selling prior to the storm, much less during a wipeout. Therefore, we held in tight and only sold stocks believed to have little to no nearterm upside (with the possibility of much more downside) given the negative effects of reduced activity on the global economy.

Subsequently, we sold off our prized Burberry holding along with select small cap financials. Given they will be severely impaired, and valuation was at the time, reflecting a more robust economy. Burberry was priced for perfection and we held the shares for four years. In what started as an activist position for Livermore it soon became clear we had a winner. With a new and refreshed management team lead by Marco Gobbotti and an altered Board, Burberry focused on higher margin products with an eye towards strong profitability. This move helped re-rate the shares and sent the stock to fresh highs. We exited most of the position near those highs and the balance in March. We realized a strong gain for the fund. On other aspects of the portfolio, we held in and took it on the chin hard. Energy was the worst performer in Q1 as crude cliff dived from $65 Brent to $25 a bbl. In late Q1, while global lockdown hampered demand and Saudi Arabia and Russia could not come to terms on production cuts, Brent crude traded down to $20bbl. With WTI oil, the US benchmark, taking a historic plunge and for the first time ever, traded negative. It was about this time we thought the low was in. Given our sharp negative returns which ended Q1.

Fast forward to Q2 and there is now almost a complete reversal in the stock market. Fueled by a Federal Reserve doing “whatever it takes” to re-stimulate the economy and increase liquidity and asset prices. This has had a profound effect on valuations and has stirred aggressive and very speculative trading fueling a bubble. Of course, this is not affecting all market participants, mainly the riskiest areas of the market, which are high-beta, technology driven, with little to no profitability. The graph below depicts the S&P Price to Forward Revenues. It is only one data point, but you will witness the last time it reached today’s nosebleed level was 1999. And for all you millennials out there, the 1999 stock market crash did not end well...for anyone! So today, we are steering clear of that fluff and specifically focusing on value and special situations. Where Livermore can help with right-sizing the capital structure by pushing forward strategic initiatives. It is more of a “hands on” approach but has much less correlation to the overall market. Something that moving forward, will be required given the complete distortion in equities today. 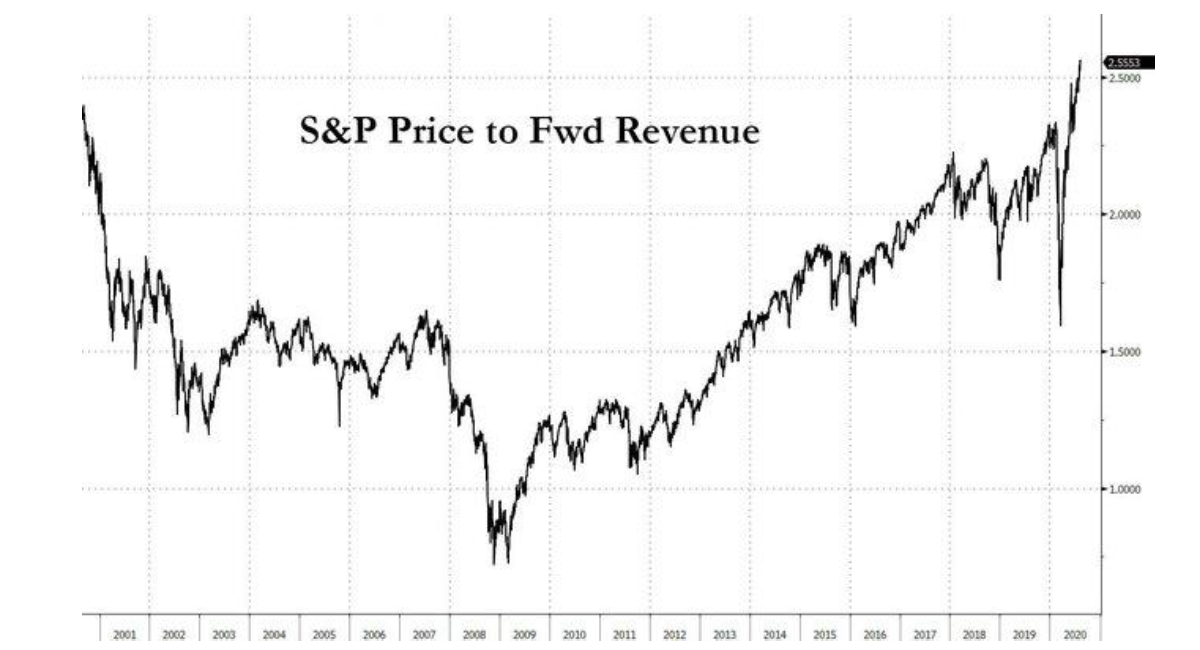 Livermore continues to be highly invested and tied to hard assets. Including our plays within Energy and the Gold mining sector. As we have stated correctly for the past two years, there is a structural shift taking place within the macro setting where the US Dollar is losing its ‘King” Status. This has now accelerated due to COVID and the vast Government money printing machine that has occurred since March. Fiscal and Monetary stimulus remain at the highest level ever seen in history and deficits are rising into the many trillions. This dynamic along with negative GDP and 30 million now unemployed will have a deep and profound economic impact in the years ahead. We see this economic recovery as extremely challenging and at much cost. The USD may soon fall out of favor and is it that de-basement fear which has predicated Livermore’s thesis now for years. Gold is at a new 7-year high and destine to trade over $2000 an ounce. A move that has led the fund’s Gold miner basket of Highland Gold, Torex Gold, and our latest investment, AEX Gold to flourish.

AEX Gold is a $100mm Greenland-focused gold miner which is developing its vast and prolific resource play. Livermore helped secured its recent IPO and capital raise of $42mm Sterling. The shares have now begun trading in London and Livermore is a 5% shareholder of the company. We see AEX as a play to increased value through the exploration and development of its asset base in order to generate strong FCF with a potentially high-grade gold mine(18g/t) and low AISC(All in Sustainable Cost) of less than $600 an ounce. We will continue to reflect the story as the company develops their Nalunak gold mine and other exciting exploration areas of mineral rich Greenland.

Overall, the fund is well-positioned, although the new landscape poses a serious challenge for investing today. Much will depend on the strength of an economic rebound and where inflation ends up. Today, the market is priced extremely rich for what lies ahead. We therefore must witness a V-shaped recovery along with rising (but not headline shocking) inflation. I seriously doubt both are achievable and expect slow growth will be the theme with stagflation a growing reality. This outlook would end up crushing tech high-flyers while causing inflation-linked assets to rise. It is in this dynamic that our portfolio will outperform along with tremendous alpha generation.

Additionally, and as it relates to the US Dollar, we expect the strong bull trend which has lasted for decades to end swiftly and abruptly. Per the diagram listed below, it reflects long dollar exposure waning and commercial net short positions rising just as the USD breaks 95. A huge support line for the past 5 years. 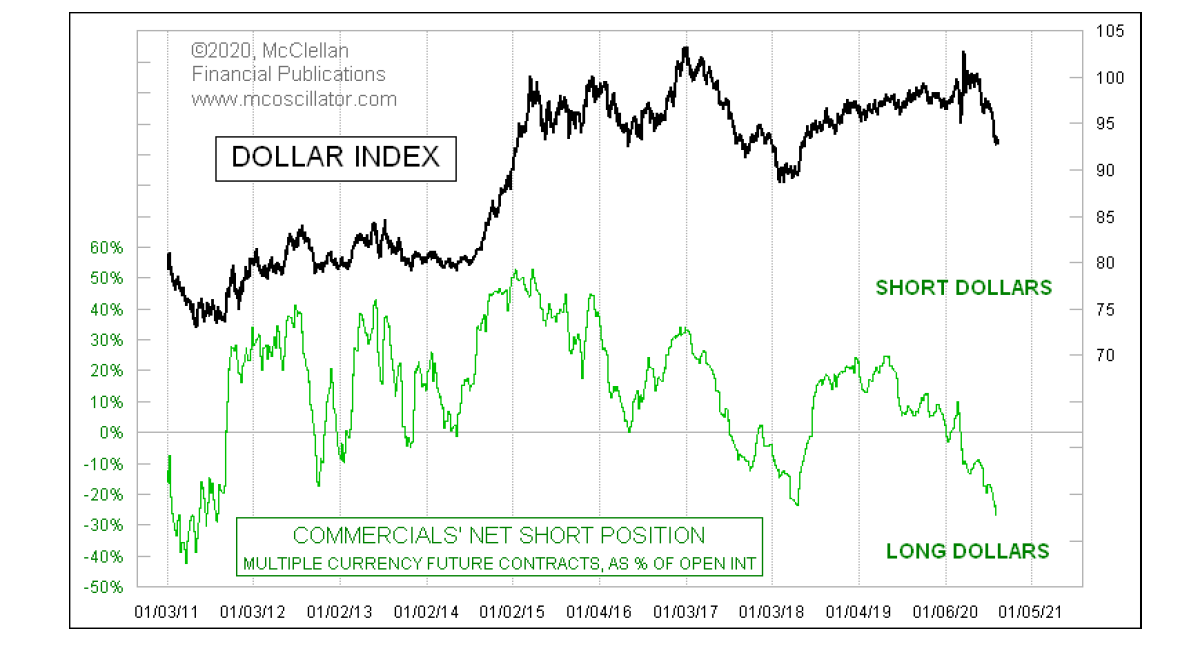 Given the likelihood the USD continues to crack, we will continue to hold a high allocation of gold companies in the portfolio. Especially ones which may offer the best leverage to the metal.

On individual and select portfolio holdings, we had extremely poor performance in the first half of the year. As described, Q1 was impacted by the massive selloff many of our best performing 2019 stocks such as Jadestone Energy (JSE.LN) up nearly 200% in 2019), Vista Oil and Gas (VIST) and London-listed Solgold (SOLG.LN). All have since rebounded extraordinarily well from their March lows and are now on better footing. Thus, allowing their potential to show as we move through what we believe to be the worst of the storm.

In the past, Livermore has run a short book to profit from unique or hedging opportunities to offset market weakness. It has been successful as we were short shares of Valeant Pharmaceuticals (now called Bausch Health Companies), as they crumbled back in 2017. Pacific Gas & Electric when it plunged into Chapter 11, and even up until last year, we were short fraudulent German payments processor Wirecard (WDI.DE) which filed for bankruptcy in May after $1.9 Billion dollars “vanished” and its massive fraud exposed). We profited from Wirecard in 2019 but exited the position for a strong gain. It is unfortunate that regulators did not do their job sooner. If so, we may have been able to stay involved during the plunge. Even now, we are seeing a host of questionable accounting issues at a number of publicly listed companies, but it has been a real nightmare to short stocks in 2020. The massive liquidity burst by the FED nurtures and grows speculative bubbles and creates huge volatility. So even if one is correct in their long-term thesis it is just too easy to be squeezed massively and lose substantial capital. So today we are not short but are very watchful. The tide will eventually turn and when it does, I am hopeful Livermore can begin to implement short positions and profit once again.

On the public relations front, Livermore continues to make a name for itself in the financial world. Here is a link to a recent CNBC interview clip we gave in the Quarter. Centering on the gold landscape and how we are positioned.

Overall, 2020 has felt completely surreal. Never would I have predicted a bear market and recession would be fueled by a global pandemic and cause a complete economic shutdown. Followed by of course, an immense burst of speculation that makes 1999 look like child’s play. This creates an extremely difficult investment environment and one that will remain tricky for some time to come.

Though we are down in 2020, it is worth noting that since the start of 2019, Livermore has returned 50% net of fees vs the S&P Index’s 32%. With even more outperformance if you go back a few years. This helps put things in a better perspective as many believe hedge funds can reflect gains year in and year out. Something which is never the goal but it sure would be nice. Instead, we look to build value over time and invest in companies we believe have great potential and are worthy of investment.

As always, I am so very thankful for all the support and will continue to work hard to reward patient capital. There are brighter days ahead and Livermore is well-positioned to prosper as new and exciting opportunities unfold.

“Toughness is in the soul and spirit, not in muscles”.