July’s US Jobs report receives an ‘A’ letter grade as it was strong nearly all around, relative to expectations, with the largest increase in payrolls coming from leisure and hospitality.

July’s US Jobs Report Downgraded To An 'A'

We’re grading July's US Jobs report with an A, down from A-Plus in the last two reports.  The unemployment rate fell to 10.2%, meaningfully below the Reuters poll consensus forecast of 10.5%. The Fed’s latest projection materials have the unemployment rate finishing the year at 9.3%, so with five reporting months to go, there is a lot of runway for the rate to satisfy the Fed’s forecast. But July’s 0.9-pp drop was far slower than that in June (-2.2 pp) or that in May (-1.5 pp).

Accounting for just over one-third of all employment growth among service-providing industries last month, the Leisure and Hospitality industry gained 592k jobs in July, compared to 1.981 mn in June and 1.405 mn in May. That means the industry has now recovered slightly more than half of all jobs lost between March and April (8.318 mn). With another 258k gain in July, the retail industry has now recovered about two thirds of its net loss of 2.384 mn in March and April.

Not all industries are enjoying a resurgence. The information industry lost 15k jobs in July, more than it had gained in June (+10k). Wholesale trade employment fell by 5k, while utilities employment was flat. Growth in financial activities employment (+21k in July) was like what it was before the pandemic, but at this rate it will take 10 more months to recover the jobs lost in March and April. That’s pretty much true of most industries.

The workweek is now about where it was pre-pandemic (pretty steady at 34.3-34.5 hours). Some of that may be residual composition effect, as we would typically expect it to weaken in the face of sluggish demand.

July’s US jobs figures were stronger than expected across the board, but the rates of change were smaller than in either May or June. Also, the labor force was slightly lower on the month. Nevertheless, job growth beat, the unemployment rate beat, growth in average hourly earnings beat, workweek hours beat. Despite considerable odds, the U.S. keeps putting up impressive jobs numbers. 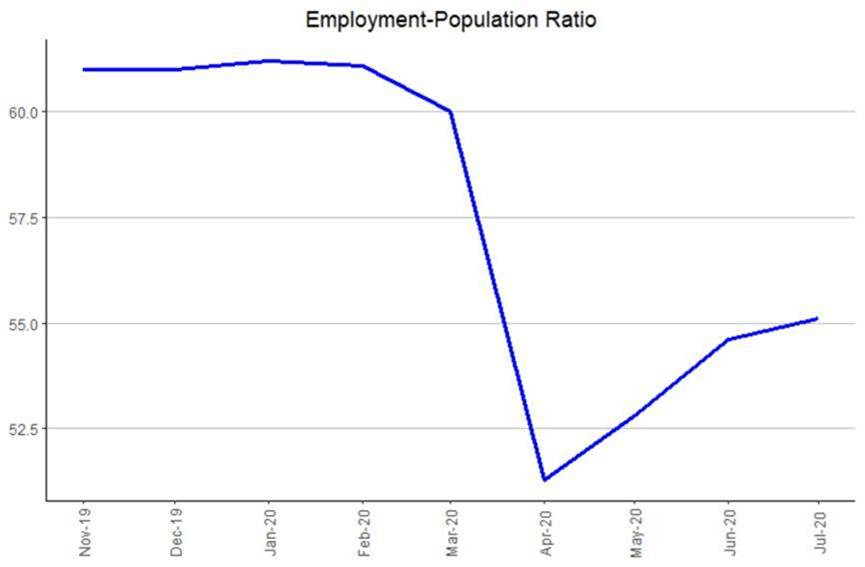 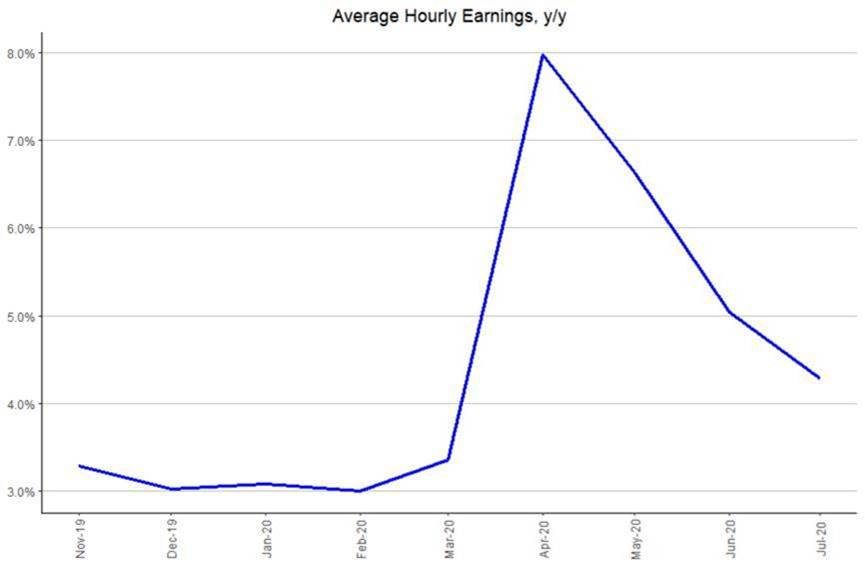 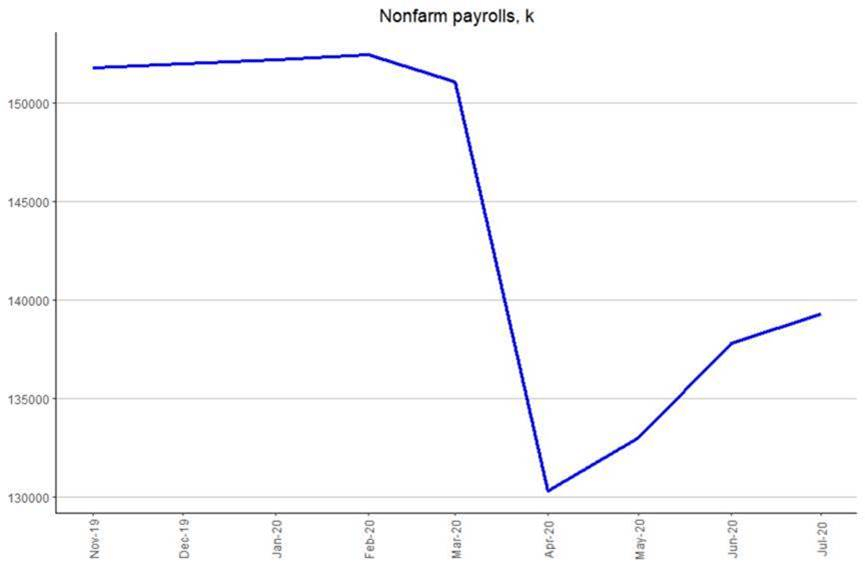