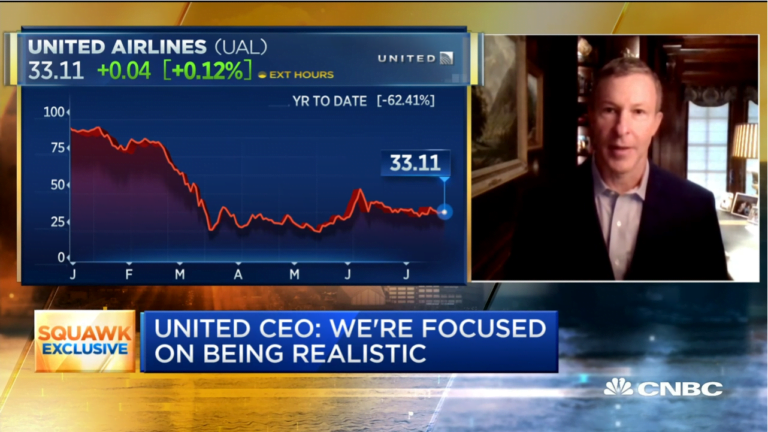 Demand has taken a step backwards here in July from where it was in the middle of June, but it seems to have bottomed and we expect we are kind of back where we were in late May and the demand will start to gradually recover once again as we get through the rest of the year

Kirby On Vaccine To Masses

We really focus a lot more on revenue, because that is the best measure of demand and unfortunately it is down even more than your 72% it is down more at the moment to 83%.  We think there will be a gradual recovery in that, but we don’t expect to get anywhere close to normal until there is a vaccine that has been widely distributed to a large part of the population

Kirby On Plateau Until Vaccine

Our guess is that revenue will get to about 50% of what it was in 2019 in a pre-vaccine world, once we get past a vaccine and it is widely distributed we will quickly recover towards 100 percent but our guess is we are going to plateau at 50% until we get to a vaccine

Kirby On No More Funding

We went through this 20 years ago when video conferencing first started and everyone thought it was going to decimate business travel and it did exactly the opposite if anything it helped grow business travel because we need to be there in person.  My guess is that it will take time, it won’t happen immediately, but the first time a business loses a corporate account to a sales team that took a team to dinner instead of doing a zoom call they will be back on the road

Unfortunately the most important metric right now is cash burn and I am proud of the fact United amongst our large peers is doing the best on that front I talked earlier about being realistic and that has helped us get to this level.  I also think we will be the first to get to cash flow break even and return towards profitability