Home Business Top 10 richest women: Most of them inherited their wealth

Business activities and stock markets have been on a wild ride this year due to the COVID-19 pandemic and the massive government stimulus worldwide. Some businesses have benefited from the pandemic (e-commerce, pharma, streaming services) while others have been hit hard (restaurants, airlines, etc). Some billionaires have seen their wealth swell while others’ wallets have shrunk this year. Here we take a look at the top 10 richest women in the world. Only one of them is a self-made billionaire.

According to Forbes magazine, there are 234 women billionaires in the world, but only 68 of them are self-made. BMW heiress Susanne Klatten has seen a huge drop in her net worth this year as shares of the automaker tumbled amid the pandemic. She is still worth $18.6 billion, which makes her the 11th richest woman in the world.

These are the top 10 richest women in the world as of July 16, 2020. The ranking is based on data from Bloomberg Billionaires Index.

Zhong Huijuan is the only self-made billionaire on this list. The former chemistry teacher co-founded Hansoh Pharmaceutical Group with her husband. Last year, the company raised $1 billion in its Hong Kong IPO. Hansoh makes anti-diabetic, psychotropic, oncology and other drugs. Zhong Huijuan’s net worth has shot up almost 50% this year so far to $19.9 billion.

Abigail Johnson is the billionaire chairwoman and CEO of Fidelity Investments. Her grandfather founded Fidelity in 1946. Abigail Johnson started her career as a portfolio manager at Fidelity, one of the world’s largest asset managers. The Johnson family owns nearly 50% stake in the Boston-based firm. Abigail Johnson has gained $2.36 billion this year so far, according to Bloomberg.

Gina Rinehart is the richest person in Australia. She is the daughter of Australian iron ore magnate Lang Hancock. She is the owner of Hancock Prospecting, a privately-owned mining company. Gina Rinehart has been the company’s chairwoman since 1982. According to Bloomberg, she is currently worth $20.8 billion.

The 38-year-old Yang Huiyan is the 7th richest woman in the world. She is the majority shareholder and vice-chairwoman of the Hong Kong-listed real estate giant Country Garden Holdings. Her father Yeung Kwok Keung transferred 57% shares of the company to Yang Huiyan before its IPO in 2007. At one point, she was the wealthiest person in China.

Laurene Powell Jobs is the widow and heir to Apple co-founder and former CEO Steve Jobs. She currently has a net worth of $28.8 billion. Laurene Powell Jobs runs a social impact organization called Emerson Collective, which focuses on education, environmental conservation, and other philanthropic activities. Much of her wealth is in the form of Apple and Disney stocks. Apple shares have rallied almost 30% this year so far.

Jacqueline Mars inherited one-third of the world’s largest candy maker company following the death of her father in 1999. Her grandfather founded Frank Mars founded Mars Inc. Jacqueline Mars served on the company’s board until 2016. Her net worth has declined by $4.37 billion this year so far, but she remains among the world’s top 10 richest women. McLean, Virginia-based Mars Inc also owns the pet food brand Pedigree.

Julia Koch and her children inherited a 42% ownership stake in Koch Industries when her husband David Koch passed away in August 2019. The Wichita, Kansas-based Koch Industries was founded in 1940 by Fred Koch. It is one of the world’s largest privately-held companies. It has a presence in consumer products, refining, fertilizers, chemicals & biofuels, electronics, and commodity trading.

Alice Walton is the only daughter of Walmart founder Sam Walton. She is the third richest woman and 16th richest person on the planet. Despite the stock market turbulence, her net worth has gone up by $4.61 billion this year to $57.6 billion. Alice Walton doesn’t play an active role at Walmart.

MacKenzie Bezos became one of the world’s wealthiest women after finalizing her divorce with Amazon founder Jeff Bezos in July 2019. As part of the divorce settlement, Jeff Bezos transferred 25% of his wealth to MacKenzie Bezos. She is also an award-winning novelist and philanthropist. MacKenzie has signed the Giving Pledge.

Francoise Bettencourt Meyers is the richest woman in the world with a net worth of $66.3 billion. She is the chairwoman of the French personal care giant L’Oréal, a company founded by her grandfather Eugène Schueller. Francoise inherited the wealth when her mother Liliane Bettencourt died in 2017 at the age of 94. 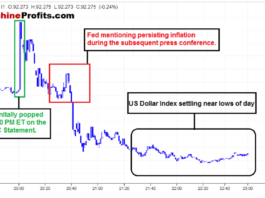 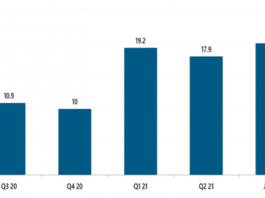