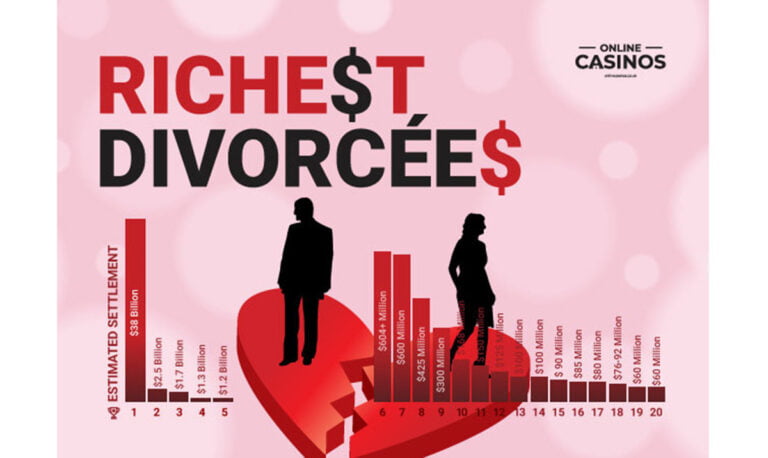 New rich list reveals the winners (and losers) from the most high-profile  breakups: So who are the most lucrative divorcees ever?

When it comes to marriage, 'what's mine is yours' is how the saying goes. But what about when it comes to divorce? With so many celebrity romances ending in divorce, and when there’s millions involved, things can get pretty ugly, fast!

A new report by OnlineCasinos.co.uk reveals the biggest divorce settlements, paid by Hollywood’s finest, to see who really got the most out of their marriage.

Mackenzie Bezos, the now ex-wife of Amazon CEO Jeff Bezos (aka the world’s richest man) is hailed the richest divorcée having walked away with a staggering $38 billion following their divorce. But she isn’t the only female to profit from the breakdown of her marriage!

The top 20 richest divorcees can be seen below:

Whilst the divorces of Arnold Schwarzenegger and Maria Shriver, and Brad Pitt and Angelina Jolie are not yet finalized, sources say Maria and Angelina could receive up to $250 million and $100 million respectively, which would also put them in the top 20 list.

It’s expensive business falling in love… well, for Hollywood’s finest it is. 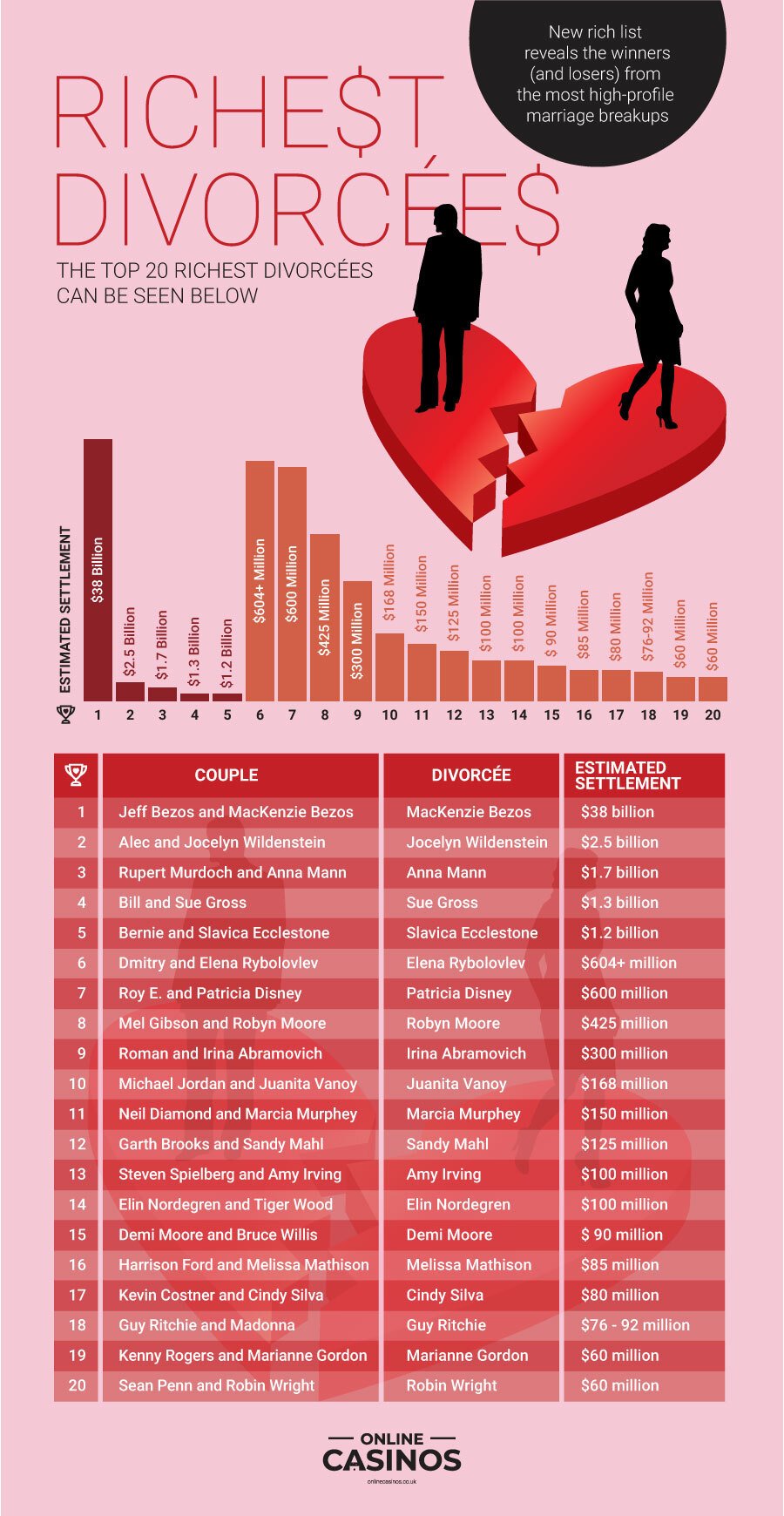 Full data can be seen here.

Onlinecasinos.co.uk conducted desk research into the most lucrative celebrity divorces.

Once the data was collected, Onlinecasinos.co.uk ranked them based on the most expensive divorce settlements. From this they were able to create the list of the richest divorcées.