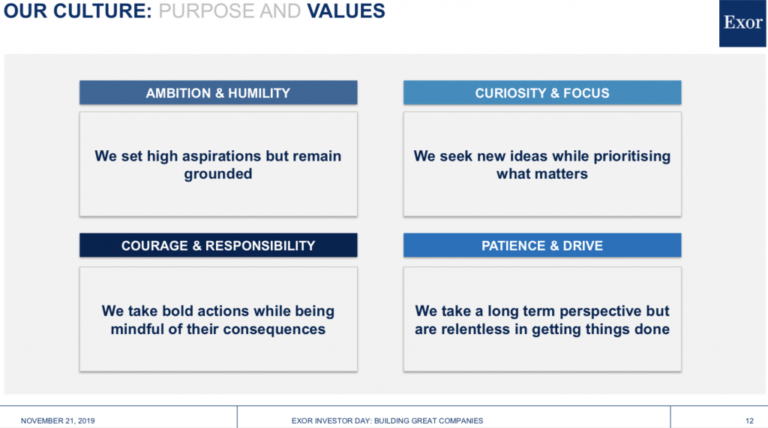 Before it was cool to dump on General Electric and its “we must beat the quarter” Jack Welch-era style management, in a public manner, David Cote did so by proving there was a better way. In his new book, Winning Now, Winning Later, Cote lays out his playbook for achieving one of the best track records of the past 20 years – a roughly 800% total return as Honeywell Chairman and CEO. In 1999, Cote left GE as CEO Appliances for a short stint at TRW before becoming Honeywell CEO. Over the course of more than 15 years at Honeywell, Cote executed spin-offs, M&A, cost-cutting and R&D investment in a way that culminated in a trouncing of the S&P 500 by 2.5x with a collection of assets few others would have wanted at the time. Using 2003 as the base year, given it was Cote’s first full year and not burdened by significant write-offs, here’s the result:

In case you’d like the synopsis right from the horse’s mouth, one should go to Cote’s shareowners letter from the 2016 Annual Report.

Learning About Cote's Past

While there is plenty of source material to learn about Cote’s past, if there was only one to pick, aside from his new book, I would recommend a 2017 podcast he did with David Novak. In between stories of him taking 6 years to graduate college, owning a lobster boat, and leading Honeywell, an interesting turning point lesson was when Cote was told he would be passed over by Welch to be his successor. After 20 years at GE, Welch told Cote in Summer 1999 that he had to leave the company by year end. Recognizing his time had come due, Cote asked Welch multiple times what it was he could improve, but was stonewalled, and instead of answers, he was offered a cushy “conciliatory” role at GE Capital.

While this was only the start of people doubting his capabilities of being CEO, thankfully Cote chose to forge his own path, believing he could do better than simply managing for the next quarter. And the years have shown he’s proven them all wrong with a focus on both long and short term results.

When it comes to legendary CEOs, we hold Sergio Marchionne above most others. He was the pinnacle of a CEO managing conflicting dualities – able to master the boardroom, yet understand and motivate the common line-worker. To this day, this duality permeates through Exor’s purpose and values even after Sergio has left us.

In a similar vein to Marchionne, at the heart of Cote’s management thesis is that successful organizations must be able to do two seemingly conflicting things at the same time. While confusing perhaps in concept, every organization faces this dichotomy. For example, should an industrial company hold low inventory to improve its working capital, or should it have quick response times for customer orders, which likely increases inventory on hand. To Cote, this is not a question of either or, it’s about doing both. And to this end, it’s not about balance; the company must do both and do them both well – hold low inventory and offer great customer product delivery, which is both measurable and continuously improved upon.

Now, the only way to achieve both objectives is to 1) recognize the conundrum, 2) understand where processes can improve, and 3) make decisions where tradeoffs are needed. Often times, overcoming the first step is a challenge. In his book, Cote mentions multiples times how it drives him crazy that almost all members of an organization initially believe that short-term and long-term goals are mutually exclusive – even though he has proven they’re not. It takes a change of viewpoint and actions elsewhere in the organization to prove otherwise. Secondly, just being smart is not enough to achieve results; it’s important to gather and understand all the facts in order to know how a process can improve. And lastly, appreciating the people who implement these changes, and developing benchmarks for them with good measurement tools to make sure the new processes don’t have detrimental outcomes.

Clearly, not all the ideas to balance short and long-term performance come easily. This is why Cote is very open about the need for “X days”, or 12 days annually, which he used for planning and free thinking. In particular, he would take 2-3 full days a year, or “blue book days”, with nothing on his calendar in order to force himself to let his mind wander and think creatively about big problem solving for the organization. This is how the the Honeywell Operating Systems (“HOS”) came to be. Based on the Toyota Production System, HOS is built on the foundation of continuous improvement. The concept is that today has to be better than yesterday, and tomorrow has to be better than today. It is an integrated system built on a strong Six Sigma foundation to drive sustainable safety, quality, delivery, cost, and inventory improvements with a focus on standardized work, rapid problem solving, continuous improvement, and knowledge sharing across the organization.

A central tenet of executing on this vision for both short-term and long-term performance is to keep fixed costs flat while the business grows revenues. This is a lot easier said than done; however, it is a very powerful tool when it comes to future capital allocation. Depending on the business, variable margins are likely to be 35-70%, and so if the business can grow sales, even just slightly, while holding fixed costs constant, then that fall through to profits can be substantial. What it does is provide tremendous flexibility to simultaneously re-invest in the business and provide capital returns to shareholders.

For example, over the course of 15 years, the back office team (HR, Legal, Finance, IT) at Honeywell was able to take down real costs by over $1 billion, while also improving service levels. The cumulative effect of these savings was significant, and it gave Cote the flexibility to invest in R&D and M&A to improve the growth profile of Honeywell in the latter years of his tenure. It was this seed planting that allowed Honeywell to handily outperform the S&P 500 coming out of the GFC.

Following his retirement from Honeywell in 2017, Cote partnered with Goldman Sachs in order to acquire an asset where he could invest a sizable portion of his wealth and utilize his playbook to grow that wealth. Cote found this asset in Vertiv, and following the acquisition and public listing of the company in February 2020, Cote became its Executive Chairman. Cote characterizes Vertiv, which powers and cools data centers, as “ticking all of the boxes” by having great positions in good end markets, high contribution margins, and margin upside. Cote even jokes saying, “think of Vertiv as a $4 billion, 50 year old start-up.”

GreenWood’s partners will know that we initiated a position in Vertiv during March 2020. While conducting diligence on Vertiv, the margin upside opportunity became fairly obvious as the company operates at roughly 500 basis points below peers. And it appeared that much of the toolkit from HOS, particularly keeping fixed costs flat, could be utilized and expanded upon at Vertiv. But instead of focusing strictly on near-term margin expansion, which sell-side analysts love to linearly pencil in, Cote is naturally emphasizing a key aspect of his playbook, reinvesting for the long-term.

Historically, Vertiv only invested 3% of sales into R&D, but under Cote this is intended to move north of 5% in the coming years. What this means is that Cote is targeting more than 1,000 basis points of margin expansion, which will allow Vertiv to close the gap to peers, while re-investing some of those savings into R&D. While Vertiv naturally has data center secular growth tailwinds, this increased R&D investment will propel Vertiv forward in future years to capture increased global data usage, while competitors have pulled back spend due to Covid-19.

It’s not just the blocking and tackling of large problems at industrial corporations that impresses us about Cote. It is also his ability to talk straight and earn the respect of employees. Cote comments that only 5% of leadership is about inspiring the troops, the rest is about picking the right direction for the company and executing on those decisions. But in order to execute, you must rely heavily on your managers, and as it relates to them, Cote says, “Progress occurs because of the irrational demands of general management.” Leaders must be demanding of their people because the employees are far more capable than they think. Good leaders enjoy sparring with smart employees, and while important to persistently pose questions and challenges to employees, it is critical to be polite and respectful.

The interesting thing while reading Cote’s book is that one will come away thinking, “wow, this is all pretty reasonable stuff.” And you’d be right, there is no silver bullet as it relates to business success, the trick is executing on process improvement. Winning Now, Winning Later is a transparent playbook given to the public, and offering ways to improve your processes and recognize the importance of implementing seemingly conflicting ideas. And most exciting, we’re getting to watch this playbook in action today in Cote’s second act at Vertiv. We see Cote as a Builder with sizable skin in the game, and he is an important reason why Vertiv is one of our favorite positions in the portfolio today. We look forward to both short, and long-term performance at Vertiv in the quarters and years to come.

This article has been distributed for informational purposes only. Neither the information nor any opinions expressed constitute a recommendation to buy or sell the securities or assets mentioned, or to invest in any investment product or strategy related to such securities or assets. It is not intended to provide personal investment advice, and it does not take into account the specific investment objectives, financial situation or particular needs of any person or entity that may receive this article. Persons reading this article should seek professional financial advice regarding the appropriateness of investing in any securities or assets discussed in this article. The author’s opinions are subject to change without notice. Forecasts, estimates, and certain information contained herein are based upon proprietary research, and the information used in such process was obtained from publicly available sources. Information contained herein has been obtained from sources believed to be reliable, but such reliability is not guaranteed. Investment accounts managed by GreenWood Investors LLC and its affiliates may have a position in the securities or assets discussed in this article. GreenWood Investors LLC may re-evaluate its holdings in such positions and sell or cover certain positions without notice. No part of this article may be reproduced in any form, or referred to in any other publication, without express written permission of GreenWood Investors LLC.

Past performance is no guarantee of future results.