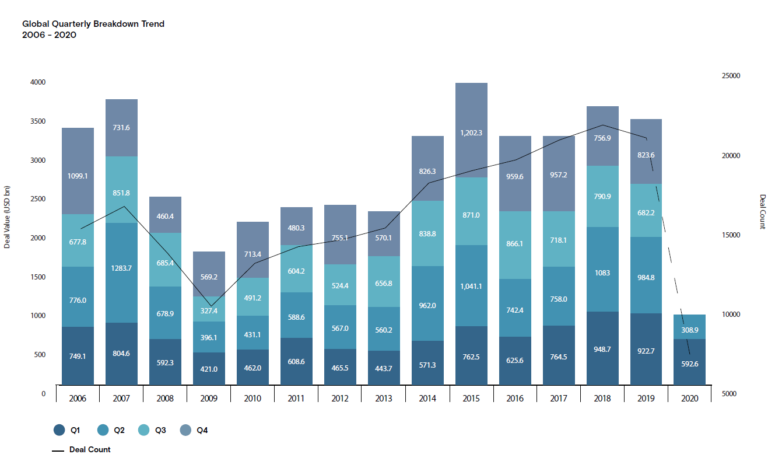 Mergermarket has released its Global M&A market roundup for the first half (H1) of 2020, including its financial advisors league tables. 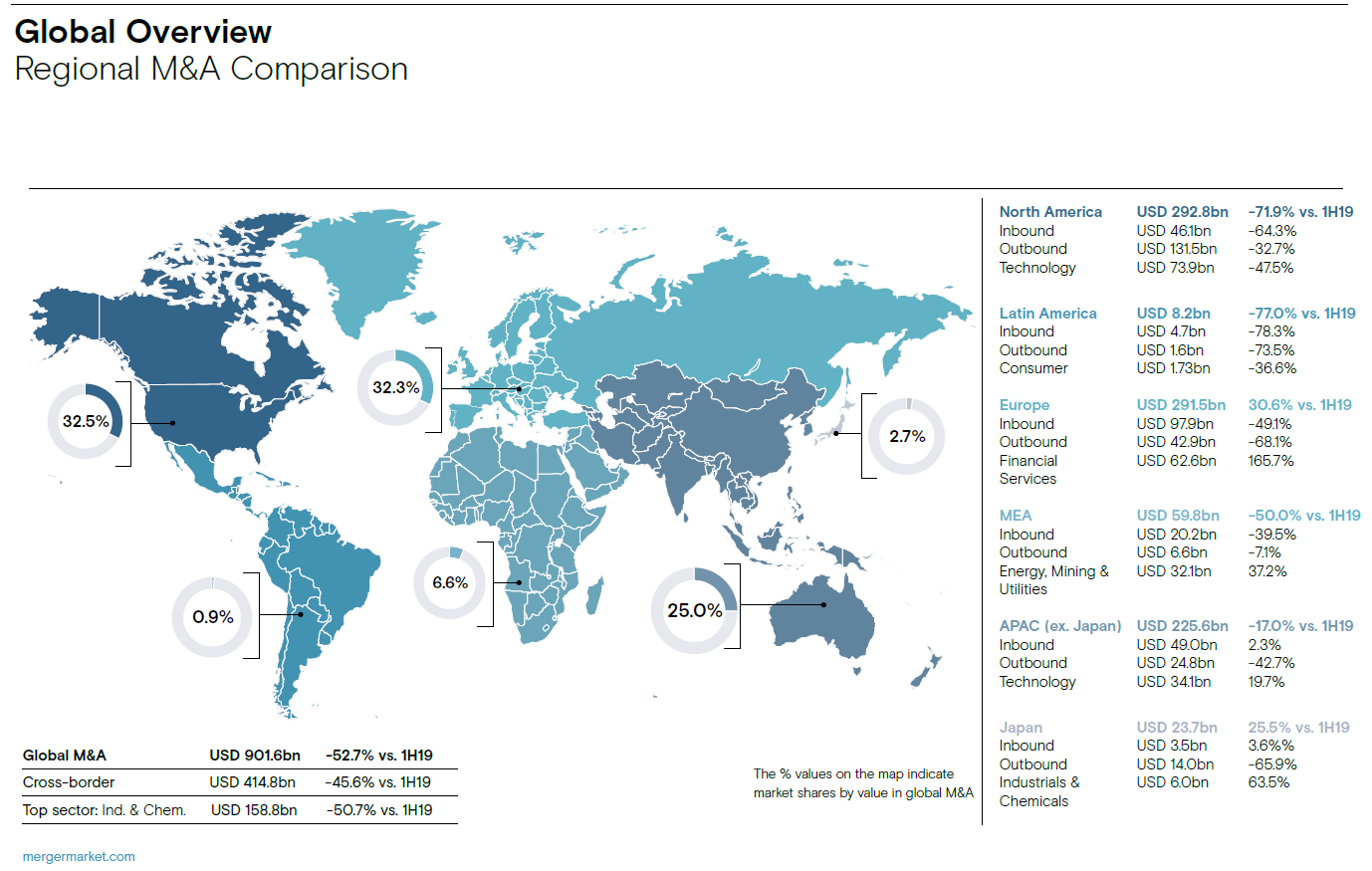 A couple key findings include: 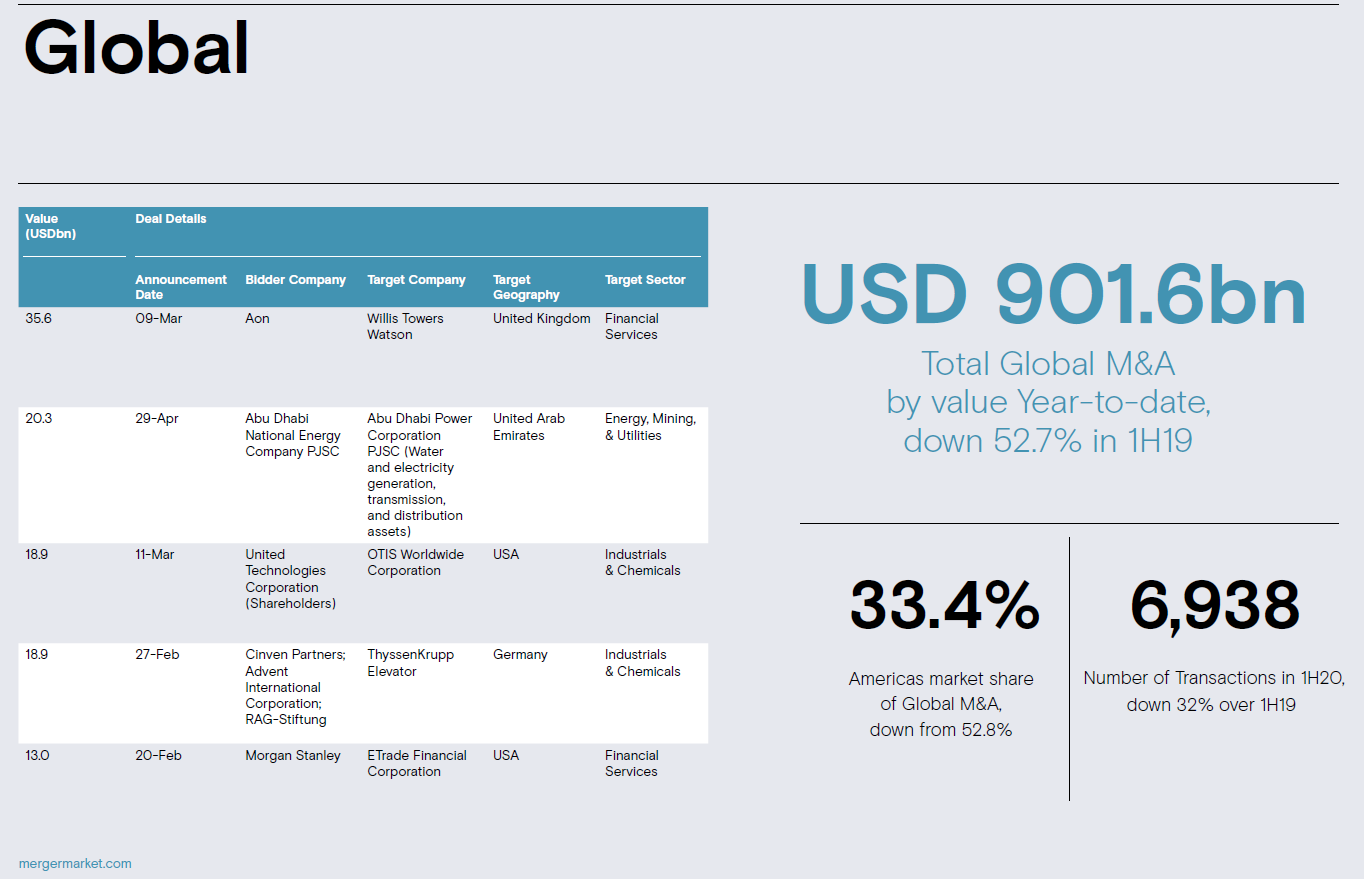 As 1Q20 came to a close, the initial effects of COVID-19 were only beginning to be felt across the global economy. Its full impact manifested in the second quarter, however. Deal volume dropped from 4,308 deals in 1Q20 to 2,630 in 2Q20 and deal values plummeted to USD 308.9bn from USD 592.6bn in the previous quarter.

Debt and Equity Capital markets. Although M&A struggled, debt and equity fundraising had a strong pulse. After markets pulled back in March, they came back with a vengeance in many regions.

Globally, leveraged loans and high yield bond issuance reached more than USD 1trn globally in the first half of the 2020, with more than nearly 44% taking place in 2Q20, according to figures by Mergermarket sister publication Debtwire. In equity capital markets, May was the busiest months for equity issuances in the US since January 2019, according to sister company Dealogic. Regional disparities have created near global parity.

As the virus spread in waves around the globe, its impact was felt differently across various regions of the world. First to be impacted by the virus, China saw the least impact on its global buying activity. Year-over-year, the north Asian country saw deal count fall by just 7% (down to 713 from 770), and deal values down 20.1% (USD 108.3bn vs USD 135.6bn). China experienced the earliest onset of - and recovery from - the virus, providing a hopeful note that as other countries and regions recover, they too will show an improving deal environment. Resurgences of COVID-19 could constrain the upside, however.

The Americas, dominated by the US, was the biggest decliner. Its share of global M&A by value declined to 33.4% Year-to-date 2020 compared to 52.8% in 2019. Not only did the lockdown impact economic productivity, but also the US is facing high levels of political uncertainty from the looming presidential election and widespread, large-scale demonstrations and protests. With the falloff in US activity, the rest of the world saw their global market share increase. Europe (with a 32.3% market share) slightly edged out Asia (27.7%) in seeing the largest market share gains. 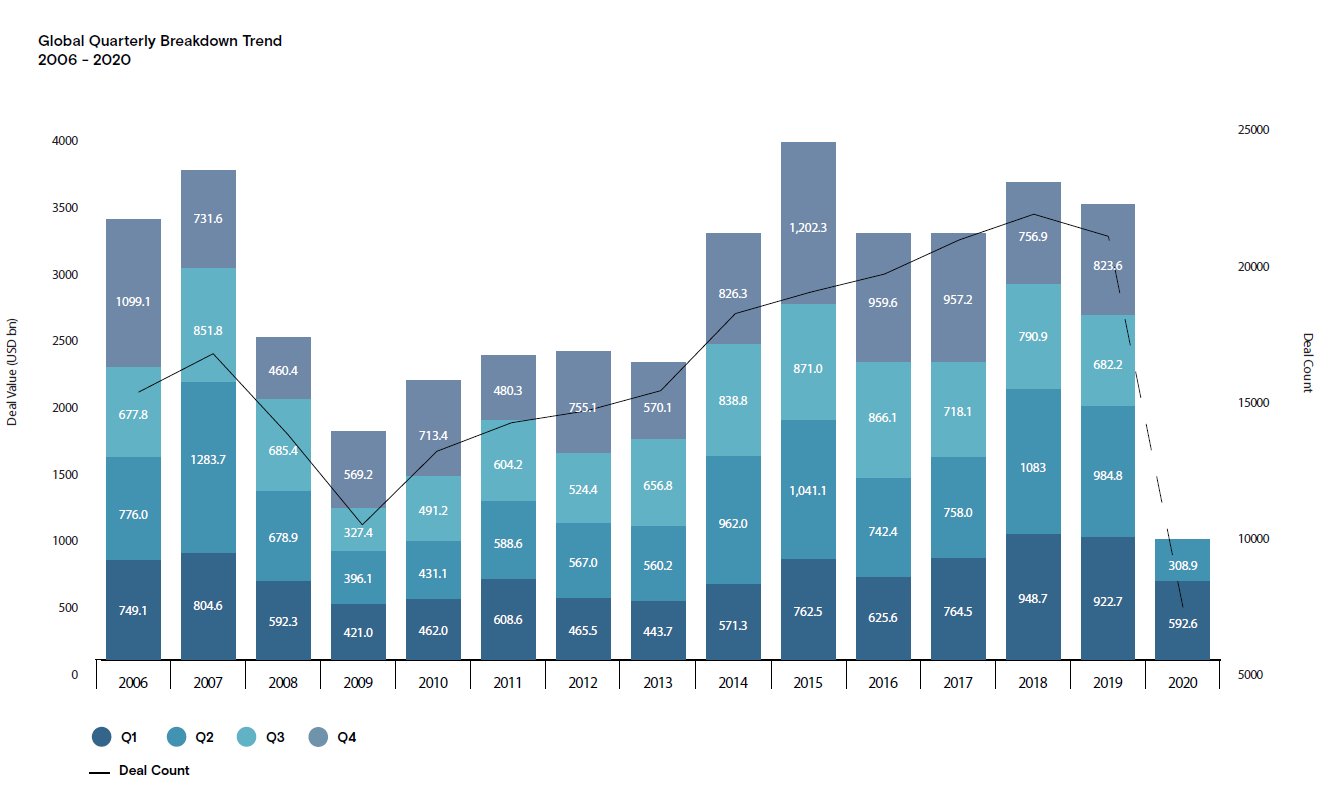