The unprecedented impact of the coronavirus pandemic was something enterprises and businesses around the world could never have predicted.

With the country beginning to lockdown in March, companies had to resort to new ways of working.

The Impact Of The Lockdown On Customer Service Call

Moneypenny, the outsourced communication provider, analyzed their internal data to reveal the impact the lockdown had on the volume of customer service calls.

The main findings showed that businesses were performing extremely well at the start of the pandemic in regard to the number of calls answered. In the weeks commencing March 2nd and March 9th, call increase was up by almost 20% in comparison to calls taken during the same period in 2019.

However, the number of customer calls then began to decline, once lockdown measures had been implemented.

The decrease in calls continued into week 15 (March 6th), with an 18% drop in calls in comparison to the same period in 2019, this decline lasted for around four weeks.

Interestingly, Easter marked a turning point, and customer calls were on the rise again, with an increase in calls in comparison to the year before, despite the pandemic.

Call numbers continued to rise steadily but positively, and during the week of Memorial Day, Moneypenny fielded over 1000 more calls than in 2019. After this point, call numbers had recovered to 95% of the same period in 2019.

The Best Performing Industries During The Lockdown

Many industries have in fact flourished during the lockdown, and when it comes to the best performing industries, there is little change, with the same sectors appearing in the top 5 in both 2019 and 2020. 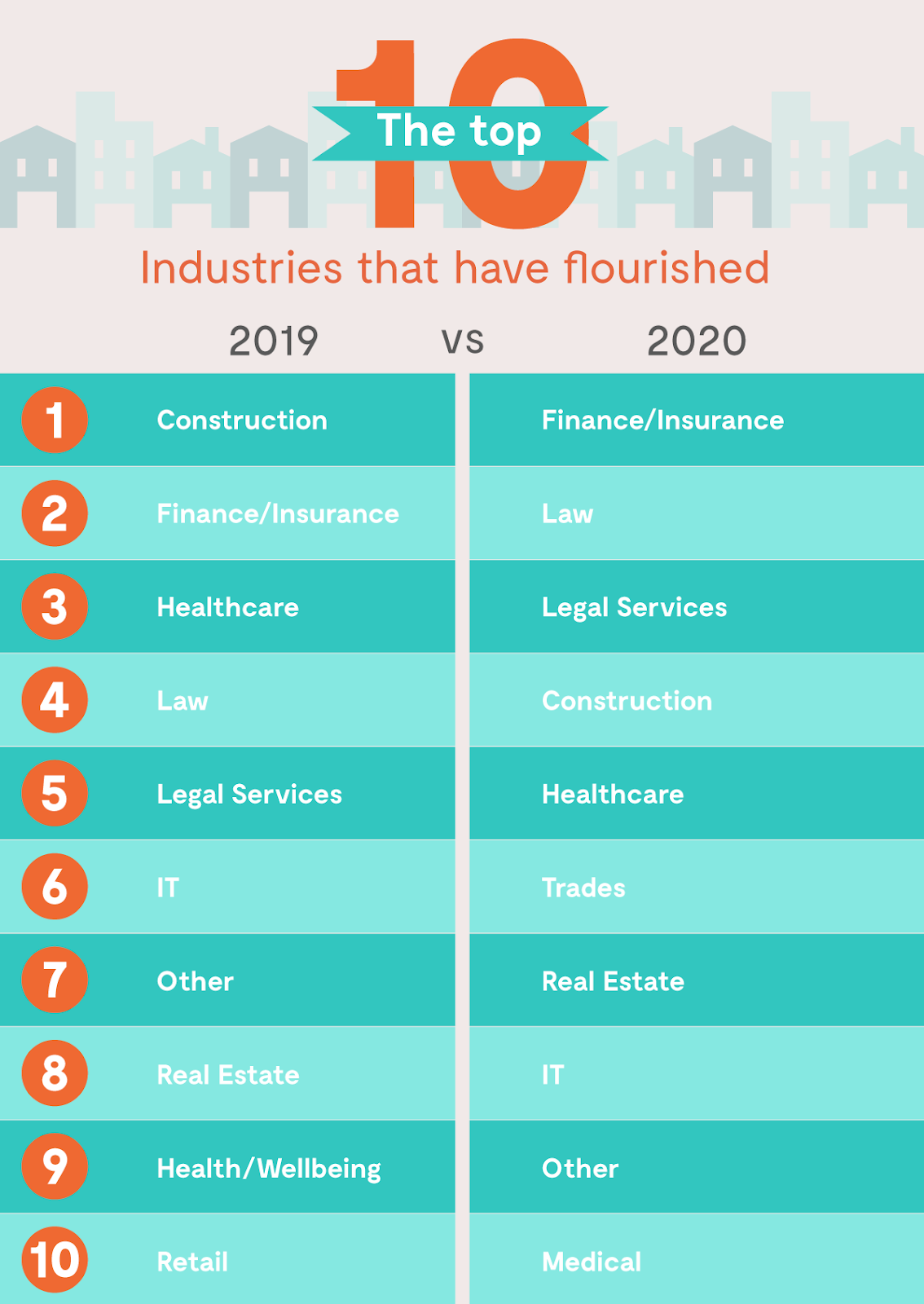 Businesses in the finance and insurance sectors saw the highest number of customer service calls during the lockdown period, after coming second to the construction industry during the same period in 2019.

Law and legal services calls came second and third respectively, with healthcare being the fifth most popular call type during this period.

With no significant change to the five most popular industries, the rise in popularity for other sectors has seen an increase during the pandemic, it is unsurprising that medical businesses have seen a rise in calls.

With many finding themselves to have more time on their hands, the length of time customers are spending on calls has increased, and is noticeable across all of the top 10 sectors.

The average length of a call across all industries during the period of weeks 10-24 was 76.6 seconds – which is around 13% longer than the previous year, an increase of just over 9 seconds.

Overall, despite an initial decline in call volume at the start of lockdown, it’s clear that customer calls are now as important as ever and people want to talk for longer. As call volumes have now bounced back to post-COVID levels, this indicates that both customers and businesses have the resilience to adapt to new situations quickly.