Home Politics Why A Coronavirus Digital Vaccine ID Is Inevitable

Technology has been constantly changing the world, and digital vaccine IDs could be the next major technology that changes things forever. Bill Gates has talked about digital vaccine IDs and been criticized for it, but we must consider the possibility that governments will get behind the idea.

The good news is that there is more than one way it can be done, and some methods are less invasive than others.

What would a digital vaccine ID do?

As the name suggests, a digital vaccine ID would be a simple way to capture someone's vaccine record and make it available easily with a simple scan. Because of how the coronavirus has shaken up the world, governments, businesses and educational institutions might consider requiring people to receive the COVID-19 vaccine when it's available.

Instead of carrying vaccine paperwork everywhere we go, a digital vaccine ID could provide a simple way to prove that you've either been vaccinated for COVID-19 or that you've already had it. Paperwork can be forged, lost or stolen, but a digital ID would be much more secure and avoid the hassle of trying to keep track of paperwork and show it everywhere we go.

How digital vaccine IDs would work

There are various methods of creating digital vaccine IDs being made. A Bill Gates-backed group is working on digital tattoos that would store vaccine information. The reports resulted in rumors that the Microsoft founder wanted to microchip the world, triggering widespread outrage.

Other methods would use simpler means of storing vaccine information, like by using a fingerprint. Whatever method is used, it would provide an easy way for businesses or schools to scan and verify that someone has been vaccinated or has antibodies from the coronavirus.

Some would argue that the only way the world can get back to a sense of normalcy is to require people to get the coronavirus vaccine when it becomes available. However, the only way to really police that is to have digital vaccine IDs that will enable businesses, schools and other organizations to easily verify that someone has had the vaccine or has antibodies from having had COVID-19.

Some efforts already being made

Perhaps the most high-profile effort being made toward digital IDs is the ID2020 Digital Identity Alliance. The organization is actually focused on digital IDs as a way to verify identity rather than the vaccines someone has received.

However, it should be simple enough to include vaccine information along with the digital method of identification. According to ID2020's website, the alliance is a "multi-stakeholder effort focused on user-managed, privacy-protecting, and portable digital ID."

The alliance also sees digital IDs as a holistic "platform for diverse benefits, services, and use cases throughout an individual's life." Presumably, that could include being used as a digital way to verify important vaccinations or disease protections like COVID-19.

In fact, ID2020 sees vaccination tracking as a portal through which digital identity technology could be developed. The alliance said in a Medium post that in many developing countries, children are far more likely to be vaccinated than to be registered as having been born.

The ID2020 Alliance launched a new digital identity program last year in collaboration with the Bangladeshi government, the vaccine alliance Gavi, and a number of new partners in government, academia and humanitarian relief. It's still early in the program, so it's unclear how well things are going.

Gavi announced its INFUSE program in 2018. Innovation for Uptake, Scale and Equity in Immunization is aimed at identifying and supporting technology that can modernize vaccination delivery. Digital identity technologies are used as gateways to improve targeting of vaccination and follow-up to ensure children receive the necessary booster shots.

Some systems already in use

Digital identity systems are already being used in many countries, and they involve the use of fingerprint and iris scans to identify people. The Jerusalem Post reported iRespond, a Seattle-based nonprofit, launched biometric technology that identifies people and ties them to test results and high-security documents.

The system provides non-refutable proof that someone either has COVID-19 antibodies or, when a vaccine is released, that they have had the vaccine. Simprints is a nonprofit organization based in the U.K. that develops biometric IDs that can be used for humanitarian and health purposes.

The organization has been adapting its technology for additional uses. Simprints is working on a touchless technology that scans either the palm or the face for a vaccination record. The touchless system avoids the risk of transmission involved in scanning a fingerprint.

One of the most thorough explanation of digital vaccine IDs came from Seth Berkley of the Gavi vaccine alliance, who published a paper about them in Nature a few years ago. The paper focuses on how such technology could benefit children in developing countries where paper records aren't always accurate, and children often miss out on booster shots for vaccines.

Berkley called on the global health community to move to digital systems to verify vaccinations. Seth said current measuring techniques to determine immunization coverage focus on how many doses of a vaccine have been distributed rather than on which children have received the vaccines and boosters.

He said it's much easier to count how many doses are delivered, but it's far more important to know which children have been vaccinated. He also said tens of millions of children don't have any official documentation of their existence.

Digital IDs would solve both the identity crisis and the problem of accurate record keeping for vaccinations. While developing countries may be the first to benefit from such technologies out of necessity, developed markets could also adopt and benefit from it.

The microchips would supposedly enable governments to track people, and they would supposedly be implanted along with the coronavirus vaccine. However, the Bill and Melinda Gates Foundation has made it clear that such claims are false.

The claims stem from comments Bill Gates made in March about the possibility of digital vaccine IDs. He actually used the term "digital certificates" that would show who had recovered from the coronavirus, been tested for it, or received the vaccine for it.

The claims about the microchips also references a study backed by the Gates Foundation which looked like a technology that could store vaccine records using a special ink that's administered when an injection is given. The ink is more like an invisible tattoo than a microchip, however.

Bill Gates seemed rather confident that governments may require a digital record of coronavirus vaccination or protection from it because they had had the virus. The tech tycoon has said repeatedly that people should be required to have digital proof of vaccination against COVID-19 before they can participate in public gatherings.

U.S. officials have been somewhat quiet about the topic of digital vaccine IDs, but some have made comments suggesting they would support the idea. The top infectious disease doctor in the U.S., Dr. Anthony Fauci, has said the possibility of digital IDs to prove coronavirus vaccination is being talked about.

However, he didn't provide any details about where the idea is being talked about or officials who are supposedly discussing it. Sen. Ron Paul has also talked about the possibility of digital vaccine IDs, so the idea is on some lawmakers' radar.

At this point, the concept isn't in mainstream discussion among lawmakers, so it may be too early to expect something in time for the coronavirus vaccine. Nonetheless, it is possible that lawmakers will realize that some form of digital record is necessary before the country can get back to normal.

Without a digital record proving vaccination or recovery from the coronavirus, the specter of this deadly virus will continue to hover over society. The seeds of the idea have been planted; it's only a matter of getting lawmakers on board and convincing them to make digital records a requirement for the general public.

Concerns about the technology

While digital IDs can serve as an excellent way for people without identity document to prove their identity and as a way to verify vaccinations, there is always the potential that such technology could be misused or abused. Digital rights groups have said governments may be able to increase their surveillance of people easily when digital IDs are in use.

To address this issue, Simprints CEO Toby Norman told The Jerusalem Post that there must be certainty about how digital data will be used, how long it will be used and when it will be deleted. He said technology utilized to surveil disease now shouldn't become a tool for mass surveillance later.

Anti-vaxxers may also have problems with the idea of digital vaccine IDs. Since governments could require the coronavirus vaccine or COVID-19 antibodies to participate in gatherings, anti-vaxxers will be forced to subject themselves and their children to the vaccine.

It is always possible that there could be a loophole for people who say it goes against their religion or fundamental beliefs. However, that opens the door for a new pandemic to occur. Some people won't be able to get the vaccine due to health reasons, so they will remain vulnerable if other people choose not to get the vaccine.

If governments do require digital vaccine IDs to participate in public gatherings or attend school, there is likely to be a lively and sometimes hostile public discussion. 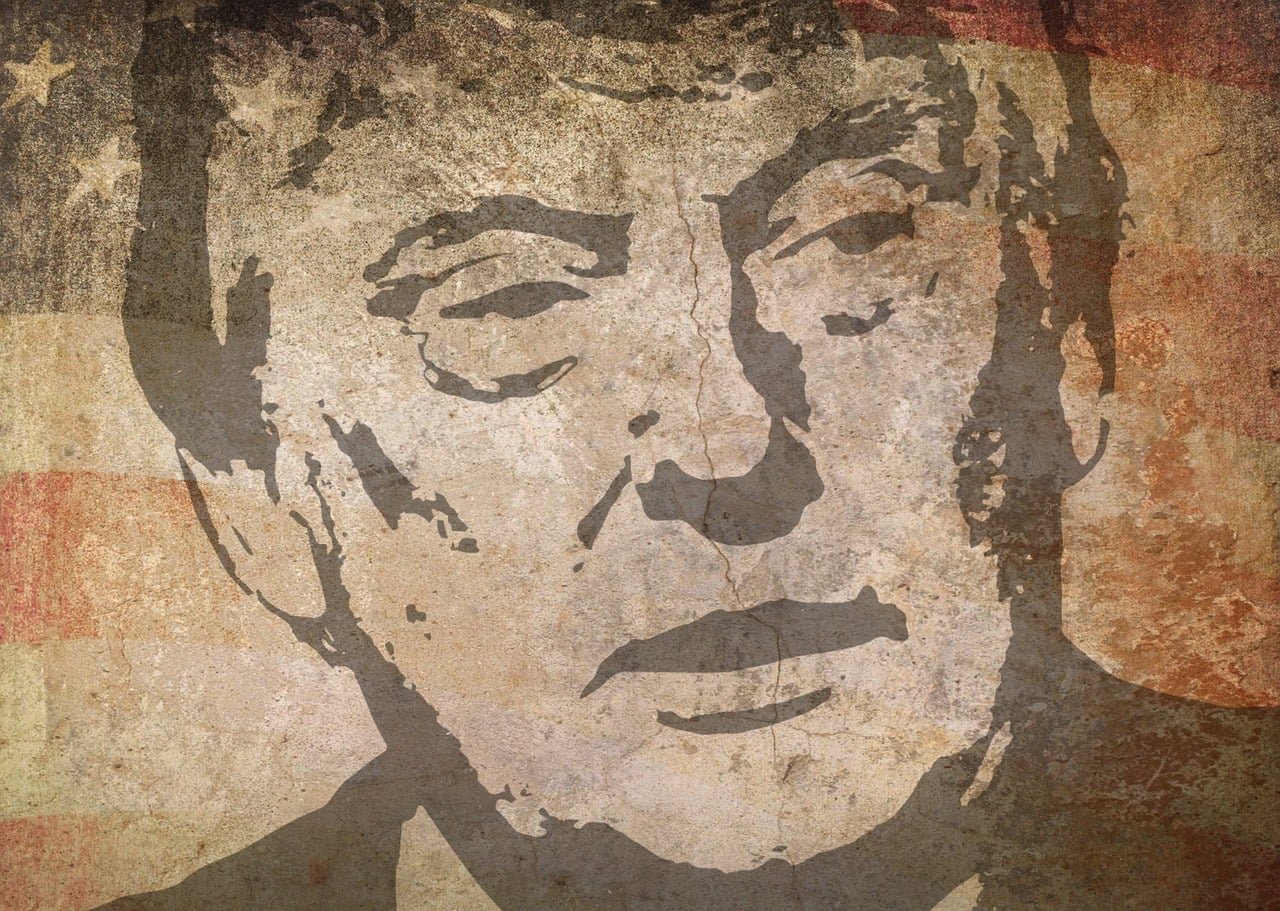 Hearing On Mar-A-Lago Affidavit Set – But So What? 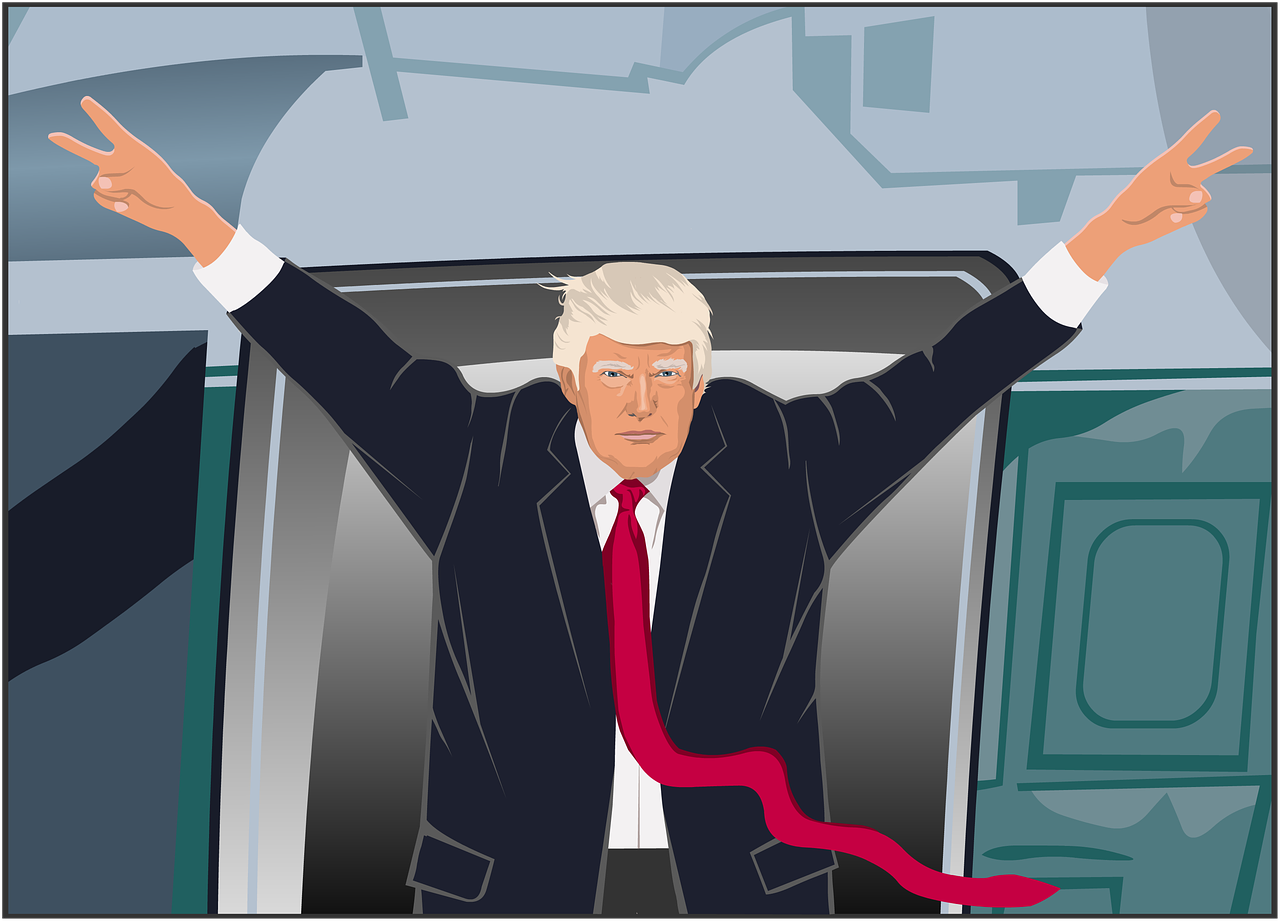