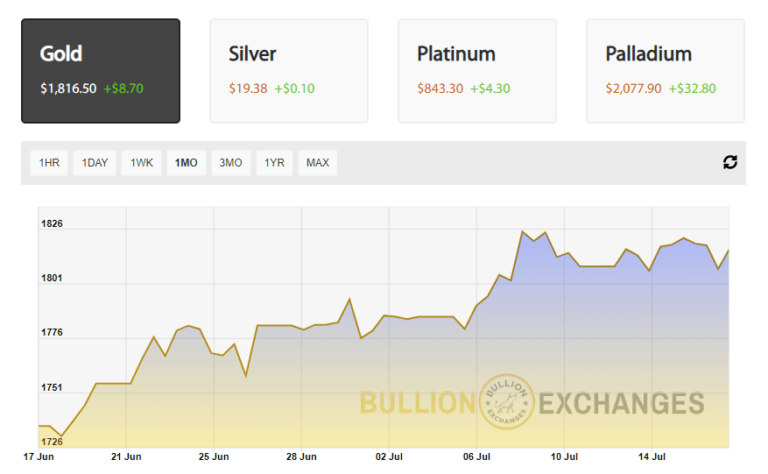 In January, progress on the US-China trade deal seemed to calm the trade war between the two countries. However, everything changed when the coronavirus emerged. Since the beginning of the pandemic, demand—and resultant spot price for silver and gold—reached new highs. The stock market fell and rose several times in the hopes and doubts for a vaccine. Although politics and gold bullion might not seem to have much in common, the gold price is inherently tied to political events. After all, it is deemed a safe-haven metal for a reason. So how do current events affect the 9-year high gold price?

US & China Trade War  and Deal

The US-China Trade War and Deal

Since the start of Trump’s election campaign, his disdain towards the trading practices between the US and China remains consistent. The US accused China of unfair trading practices and stealing intellectual property. China saw this as the US undermining its rise as a global power. Eventually, this escalated into an all-out trade war with both countries imposing tariffs on each other.

These tariffs are supposed to make goods exported from either country more expensive in the other. This will inhibit economic growth for both the US and China as they push people to buy cheaper goods made in their home countries. As a result, the tariff trade war sparked worries for investors in 2019 who feared a recession. Therefore, many sold off their stocks and turned to gold. But, in January 2020, the US and China negotiated a partial trade deal.

Phase One of the trade deal signed in January addressed issues of intellectual property theft, concerns about unfair trading practices, and forced technology transfers. Phase Two requires China to buy $200 billion worth of US goods over the course of two years. Although the US and China signed a trade agreement to end tariffs at the beginning of this year, COVID-19 and the Hong Kong conflict took a wrench to the partial trade deal.

The US-China Continuing Conflict and COVID

Today, the climate between the US and China isn’t much different. Rising tensions between Hong Kong and China have strained the relationship with the US. Although Hong Kong has freedom of speech, anti-Communist literature garnered a negative response from the Chinese government. Recently, Beijing posited a national security law to limit Hong Kong’s freedom to crack down on the growing anti-government sentiment.

Trump already blames China for the pandemic, and he also now openly criticizes China for their treatment of Hong Kong and other political practices. Because of Beijing’s national security law, Trump signed legislation on July 14th to impose sanctions on China. These sanctions also now include Hong Kong, which ends its preferential treatment by the US.

As a result, China’s foreign ministry declared retaliation in the form of sanctions against the US. This includes sanctioning individuals and entities, but the specifics of the retaliation are unclear.  Because China believes the US has no right to comment or include themselves in China’s internal conflict, China is moving forward with plans to economically punish the US. In a similar move, the White House announced invalidating the visas of members from the Chinese Communist Party and their families.

So how does this political event influence the gold price? Back in 2019, this caused investors to sell their stocks and invest in safe-haven precious metals. With the partial trade deal in place in January, investors still continued to buy gold. This is because their worries were left unassuaged from the shaky deal since many tariffs remain in place. The following month, the pandemic gained traction and later expanded into countries beyond China.

However, the new developments in the US-China Trade War do not seem to be at the forefront of investors’ minds. The Dow Jones opened about 500 points higher on Wednesday, July 15, a day after this announcement. The S&P 500 futures and Nasdaq 100 futures also opened higher. This is because of positive news regarding Moderna’s potential coronavirus vaccine. 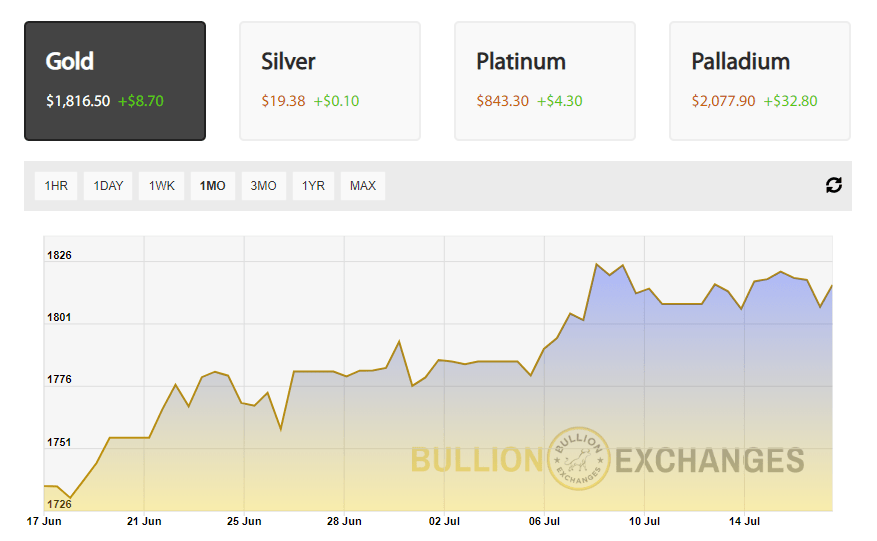 Despite this positive news, the price for physical gold bullion maintains its footing above $1800 for the current spot and August futures. This shows that there is significant buying strength behind physical gold bullion at this time. Analysts believe that this is because the weakening dollar buoys the gold price. As a result, gold and silver remain bullish at this time. Additionally, it’s expected that silver will see September futures hit $20 in the near future.

Russia and The Gold Price

This week, Russia released economic news regarding money made off their exports. For the first time in modern history, Russia made more money from gold than gas exports between April and May. This is historically significant not just because of the extreme rise in demand, but also because Russia made more money off gold exports than gasoline. From April to May, gas exports plummeted to $2.4 billion. This is the lowest price since 2002, and the last time gold exports beat gas was 1994.

To paint a picture of the Russian economy and gold, Russia exported about $5.7 billion worth of gold in 2019 altogether. Between April and May of 2019, Russia exported $247 million worth of gold. However, this year, Russia exported a total of 65.4 tons of gold abroad worth $3.55 billion in April-May. Mathematically, the comparison between April-May of 2019 and 2020 is a 14x rise in exports of gold. This is partly affected by the fact that the Russian Central Bank is not buying gold at this time. Officials also say the opening gold mining season contributed to the rise.

The gold price continues to remain bullish from its safe-haven appeal. Economic uncertainty fuels demand. If there is a constrained supply of gold in the future, the price for gold bullion will continue to increase.