One firm rakes more money trading energy in three-months then this entire industry 90th percentile in one year, it’s Goldman Sachs. For us Goldman FICC unmitigated success in the energy is the ultimate expression of the systemic dollar-at-risk entrenched in the long-gamma commodity firms and trade finance world. 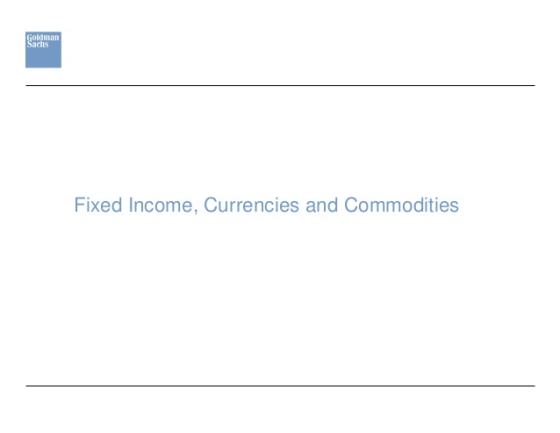 Goldman banks/deals with the solid counterparty, manage their risks, and then trade the insights 1/4 sec ahead of the earnings or physical in the finish line.

Goldman uses few or no working-capital.

What’s the DV01(dollar value of one basis point value (BPV) specific to the instrument or position) on the losers… This is what David Solomon wants to know when he calls.

Maybe he will trade against you in a Golmanesque way on the Paper, Credit or a Physical risk print.

The Brent did at more than six 3σ events in Q1-2020 according to Morgan Stanley Research (one-day move relative to 3m implied vol of the previous day) that’s more than FY16 to 2019 combined.

Level 3 assets grew by 36% during Q1 at Goldman, while volatility increased, total FICC trading activity performed at +$2.97B.

In Natural Gas GS is acting in total symbiosis with the counterparty, manage the risk locking steadier revenues through swaps and other contracts for X,

Trade finance could be best described has an high cost, low-reward game. Of the 12 banks involved in commodity trading, only 2 cover their costs.

In truth Group A model has not capitalized and can never do as much as they paint for both reasons related to risk-capacity and the dollar funding factors previously highlighted.

See TRADERS SITG Part XXIV. The Commodity Capitalism “Too-Big to fail” return) and Traders or Commodity Finance Banks pt. XXIV: “-The American Dollar Commodity, an Harbinger of the Risk- Capacity in the Swiss-based

The sad truth is that the average equity return in commodity trading is basically zero, because the average changes in prices and asset values is zero.

When Mercuria Energy Trading S.A or X pays overheads, staffs, upfront infrastructures costs, they buy time to have “a chance to get on the good side of the market”.

However, arguably if the Swiss international commodity trading company has honed qualities and goldmanesque attributes- it has zero control on the cannibals in the competition.

Firms in the commodity sector will at best be “average”, and most of them will under-perform. They are predestined to chase the same trades or arbitrages and push the real returns of trading on a capital-basis to zero percent.

In trading three factors are keystone:

A. The MANAGEMENT Team

B. The Capital structure should matter (Risk capacity is a co-function of the commodity firm financial surface and volatility level) and

C. Most importantly is an ability to time a market.

Those who lacks A, B or C spend a disproportionate amount time “over-fitting” their profitability and assets-liabilities reporting. This category drives the trade margins on physical trading for the other participants within the sector towards zero.  Trafigura is on the list.

Commodity trading  ‘long gamma” borrows as much as they can to compete in a business whereas rational expectations in the economic models and the volumes/trade margins are absolutely flawed.

On the other side, we now know that a bank correctly positioned short gamma raked more in 3 months than 90% within the Group A, in the business of identifying the surpluses and deficits and implement operations on these arbitrages in one year.

That alone should inspires more inquiries into the latter.

Article by Simon Jacques, Navigating the Commodity Markets with Freight and Spreads