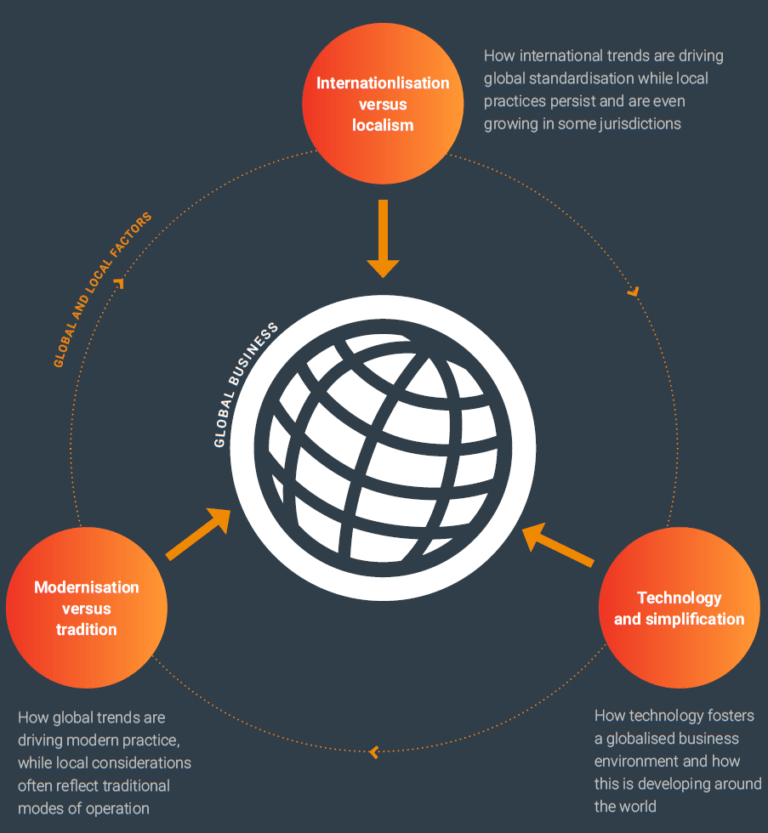 onThe TMF Group just published an annual report on global business complexity, which it has been doing since 2013.

Below is an excerpt:

The 2020 report is overshadowed by the massive economic and social disruption caused by COVID-19. It is above all a personal tragedy for those directly affected and for the many who now face a threat not just to their health but also to their livelihood. Businesses are having to navigate unchartered waters. Many have had to abandon their investment plans, withdraw guidance and cease paying dividends in the face of dramatic drops in demand. The crisis will also likely affect all aspects of business from how and where goods are sourced, to where they are bought and sold, to where work gets done and to how it gets done.

Expanding operations into new territories around the world offers huge commercial opportunities. Governments are continuing to open up to international business by improving the processes for assimilating them into their local economies, sometimes through offering incentives. However, as the GBCI 2020 shows, jurisdictions vary in their success at creating an easier environment for foreign direct investment.

As in the GBCI 2019, most jurisdictions adhere to international regulations in some form or other, particularly on transparency and reporting frameworks. In 2020, 8 in 10 jurisdictions are committed to the Common Reporting Standard (CRS), an OECD initiative that makes sharing account data between financial institutions across borders more transparent.

Some national governments are following international trends and adopting their versions of the legislation. Transparency legislation in relation to ultimate beneficial owner (UBO) registers, which indicate significant ownership of corporate entities, looks set to be adopted by most jurisdictions around the world. However, the rules differ as to what counts as ownership. The European Union defines an owner as an individual or company that controls more than 25% of the shares or voting rights within an organisation. By 2020, 68% of jurisdictions had introduced a UBO register, an increase from 64% in 2019. Some 24% of all jurisdictions require them to be accessible to the public, an increase from 21% in 2019. UBO registers have been introduced in 79% of jurisdictions in Europe, the Middle East and Africa
(EMEA). 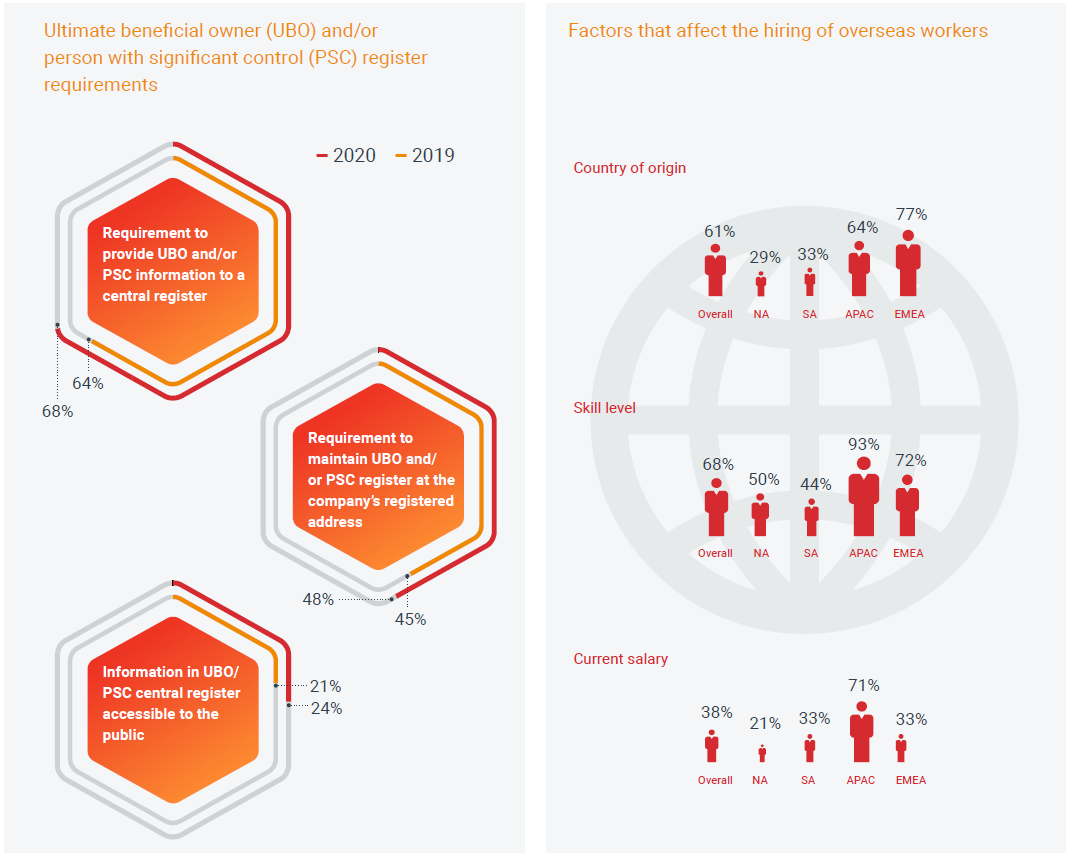