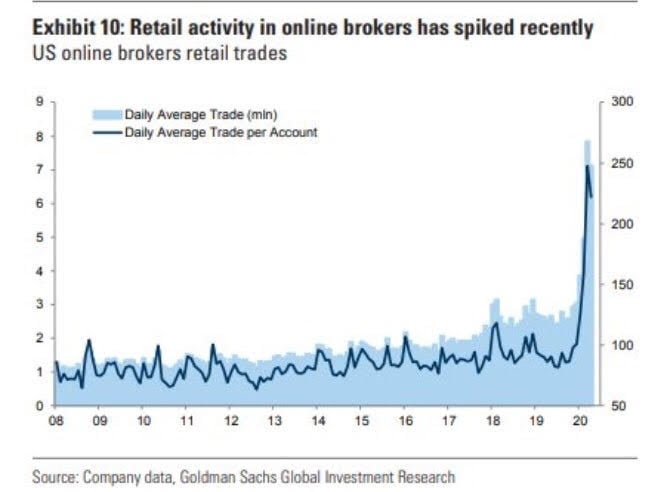 It is often said that once you have a hammer, everything looks like a nail.  So be it with the big market delusion.  Since Aswath Damodaran and I published our article “The Big Market Delusion,” evidence of the delusion has been popping up everywhere – at least in my opinion.  The latest instance is the market for electric trucks.  In fact, this may be one of the best examples yet.

Let us start with the stock market data.  Nikola, a dedicated maker of electric and hydrogen fuel cell trucks, began its first full week of public trading on Monday, June 8.  On Tuesday, the stock roared up 103% to surpass Ford in terms of market capitalization despite the fact the Nikola has never sold a truck and will not sell one in 2021.  Not to be outdone, Elon Musk stated that Tesla was now, three years after its initial introduction, going to get serious about production of its semi-truck.

The market stood up and cheered.  Tesla’s stock rose $84.38, adding $15.65 billion in stock value threatening to surpass Toyota as the world’s most valuable car company in terms of market capitalization.  That increase of $15.65 billion was equal to 59% of the market cap of Paccar, the parent company of Peterebilt and Kenworth, one of the largest manufacturers of semi-trucks in the world.

Despite all the hoopla, it is far from clear that electric semi-trucks will be as profitable as the market seems to imply.  The first problem is the laws of physics.  Unlike personal cars, which make a statement as well as offering a mode of transportation, trucking is all about the bottom line.  How much does it cost to move 1 kilogram of payload 1 mile?

The dilemma electric trucks face is that one kilogram of gas/diesel fuel provides 45.8 megajoules of energy.  To get the equivalent amount of energy requires more than 90 kilograms of lithium batteries.  For an 18-wheeler that requires a range of 500 miles or more that is a lot of added weight.  For instance, a diesel tractor weighs about 20,000 pounds.  Tesla is yet to reveal the exact weight of its tractor, but estimates are on the order of 30,000 pounds.

The Department of Transportation limits total weight to 80,000 pounds.  Given that a typical trailer weighs 10,000 pounds, a diesel semi could carry 50,000 pounds of load while a Tesla could carry only 40,000.  This translates into the Tesla trucks having to make 25% more trips.  The added cost to the truckers is obvious.

The next physics issue is charging.  The huge amount of batteries required to propel a fully loaded 18-wheeler 500 miles take a while to charge, even with a supercharger.  That is downtime for the trucker.  Given the tremendous density of diesel fuel, the tank can be filed in a fraction of the time.

Putting aside physics, service is also a problem. Diesel trucks can be repaired by trained mechanics virtually anywhere in the world. Tesla, and other electric truck makers, will require a global network of truck service centers.  So far, Tesla does not have that for its cars.  But while car owners will wait, truckers cannot afford to do so.

Then of course there is the competition.  Not only will established truck makers continue to improve their vehicles to compete, but if it does turn out the electric semis are superior, something in grave doubt now, they, along with more new start-ups are likely to enter the market.

The Big Market Delusion Is Roaring

The result of all the foregoing is to reiterate what Prof. Damodaran and I concluded and which I warned in a recent article on the video conferencing market.  A big market does not automatically mean big value creation for competitors.

In fact, as the airline industry illustrates, it may well be just the reverse if the big market attracts numerous competitors.  With the Fed pouring money into the economy the big market delusion is roaring.  In fact, being an established business with a predictable profit stream appears to be almost a detriment.  The path to high valuation is to be a disrupter in a potential big market.  The aforementioned comparison between Ford and Nikola being an example.

Finally, it looks like the big market delusion is particularly strong among retail investors.  As the exhibit below shows they have been piling into stocks and the price action suggests it has been predominantly technology related growth stocks.

For example, on Wednesday, June 10, the Dow fell 1.04%, and the S&P 500 dropped 0.53%, while the NASDAQ rose 0.67% to a record high of 10,020.35 as retail investors piled into stocks that included names like Nikola, Tesla and Zoom as well as more traditional big tech stocks such as Amazon, Apple and Google.  The problem is when the big market delusion collapses, it collapses quickly.  It is a time to be cautious.