Millions of Americans receive healthcare insurance through an employer-based plan, Medicare, Medicaid or other type of program, but more than 27 million Americans remain uninsured. As a health data management firm interested in where those uninsured residents live, Harmony Healthcare IT analyzed health insurance data from every state as well as the 100 most populous metro areas in the country.

Uninsured Residents In Every State

Listed below is the top metro areas with the most uninsured people in the US:

In terms of states with the most insured residents, Massachusetts ranks #1 with only 3% of its population uninsured. Massachusetts is followed by Vermont (4%), Hawaii (4%), Rhode Island (4%) and Minnesota (4%). Massachusetts passed legislation in 2006 to make it the first state to provide near-universal healthcare coverage which is a big reason why it is ranked #1 on our list. 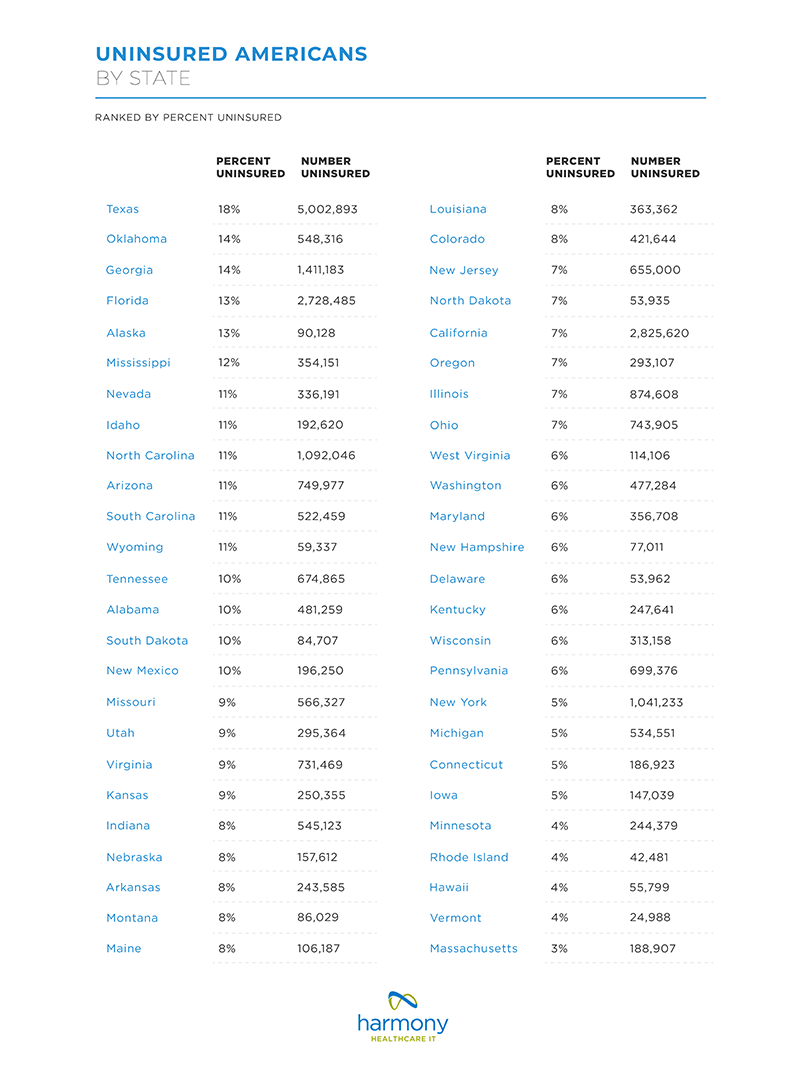 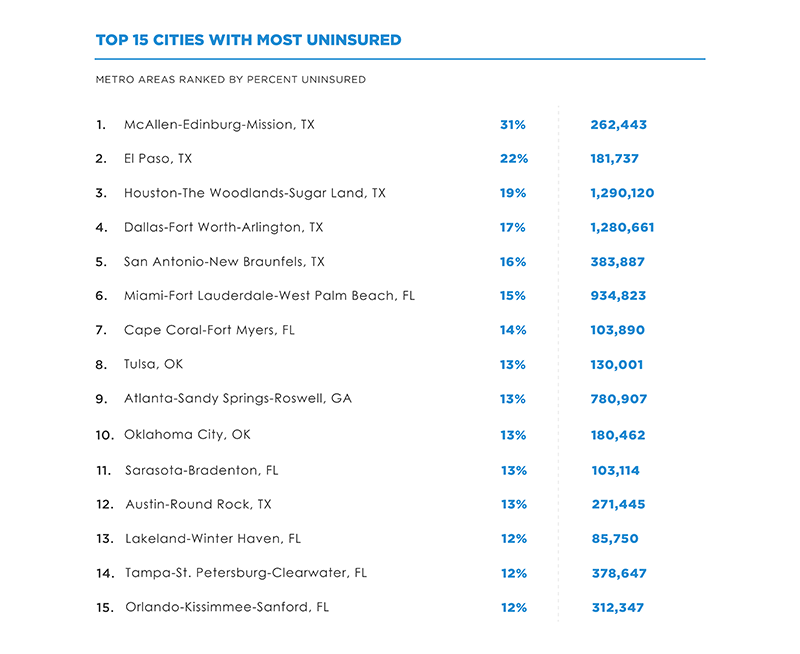