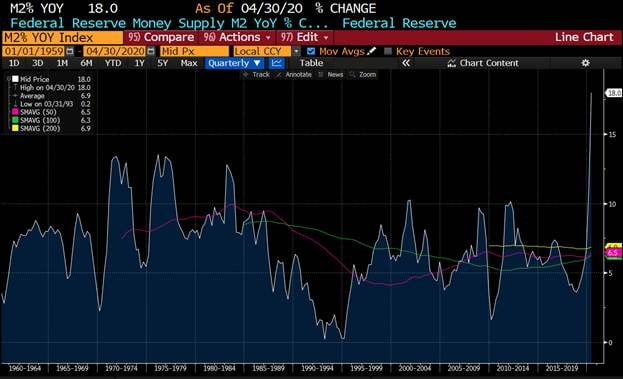 Whitney Tilson’s email to investors discussing if it is the time to be bullish or bearish?; Sorkin and Kernen on CNBC; his webinar tonight; Berna and Enrique weigh in on the impact of the second wave of coronavirus on the stock market.

Time To Be Bullish Or Bearish?

1) After the sharpest market sell-off in history, we've now had one of the strongest recoveries ever. It's leading every investor to wonder: where does the market go from here?

Some of the debates over this critical question have turned heated, as you can see in this epic confrontation between CNBC hosts Andrew Ross Sorkin and Joe Kernen. Excerpt:

Sorkin interrupted, suggesting Kernen had repeatedly made light of the pandemic to support President Trump, who has pushed for a speedy reopening of the economy despite warnings from experts that it could lead to a new wave of infections and fatalities.

"And you didn't panic about anything," Sorkin yelled. "100,000 people died, Joe, and all you did was try to help your friend the president... Every single morning on this show you abused and used your position."

3) My colleagues Berna Barshay and Enrique Abeyta are having a spirted debate via e-mail that they've given me permission to share. Here's Berna's current bearish take on stocks, which she'll be fleshing out in upcoming issues of her fantastic Empire Financial Daily free e-letter (if you're not already subscribed, you can join the list right here):

I've been sitting on my hands and haven't made a trade in three months! But today, the market got to where it was when I took down my exposure from 85% stocks/15% fixed income and cash to 55%/45%.

I obviously missed a lot of good trades, but also missed a month of freaking out (I lived that 200% net long from February 2009 to when then market bottomed on March 9, 2009 and am happy to have missed it this time). I'm exactly where I was in late February financially, but without the pain of going down or the euphoria of going up.

The question is: what do you do now? Does it all boil down to a call on second wave versus no second wave? And is no second wave priced in already? We are 10% away from where everything was valued before, so does anyone think the market was cheap before? Or do 0% interest rates forever make it cheap retrospectively now, based on February levels?

I have a very distinct view of the world, but to me there are only really two variables that matter for the stock market today.

They're also both fairly certain mathematically...

The first is what happens to sequential economic activity and data, which I think go up from here.

At some point they will plateau and maybe even go lower, but that is several weeks if not months from here.

The difference between weeks and months comes down to the definition of a "second wave."

A second wave could be, now that we're reopening, areas that were locked down with little virus exposure (like here in Arizona) seeing big outbreaks. This is possible and would cause economic data sequentially to begin to go back down in a month or two.

There are a bunch of factors, though, saying that it might not happen. The first is that these areas are much less prone to it given geographic density. Second, here in Arizona, we still have a great deal more social distancing, mask wearing, hand washing, etc. than we did in early March. This will persist. Lastly, the warm weather across the country could slow the virus. So – again – a near-term second wave is possible, but it is far from certain.

The other type of second wave would be what has historically happened around weather patterns and would be a reemergence in the fall. Also in this case we would see additional lockdowns and a decline in economic activity. This one, though, is six-plus months away.

In both scenarios, however, economic activity continues to pick up for the next few weeks and likely months, which is bullish for the markets.

The other variable is right there in front of everyone's faces and being totally ignored – the massive amount of liquidity being injected into the U.S. economic system.

To repeat, I have a very distinct view of how markets work and in my view when there is a lot more money (cash) in the economy, it has to find a home. Right now it isn't being spent in restaurants or Florida vacations, so I think it's instead finding its way into stocks.

No one looks at this stuff anymore, but it shows M2, which is the money supply that includes M1 (cash and checking deposits) along with all "near money" such as savings, money market and mutual funds, and other time deposits.

These are the monthly numbers, and this chart goes back to 1960. We have blown away any previous period in terms of the aggressiveness of the U.S. Federal Reserve in printing cash.

Now, the Fed may slow down the increase in money supply, but I doubt by much.

So, to me, the stock market right now is really just a two-factor model – sequential numbers (which are going up) and increasing money supply (which has skyrocketed).

This reminds me a lot of what happened after the Long-Term Capital Management crisis back in 1998. As you can see in the chart, the Fed stepped in with liquidity to get us through that, but then kept the gusher flowing because of Y2K concerns.

Right now the Fed is gushing money like Niagara Falls, which makes LTCM/Y2K look like a water fountain...

Until these two factors flatten and/or decline, the direction of the stock market is higher. Maybe a little, maybe a lot – but higher either way.

Thank you for sharing your thoughts, Berna and Enrique!

If Berna is right and stocks head lower, it will be a fantastic time to load up on the stocks Enrique is recommending in his brand-new Empire Elite Growth service.

If Enrique is right and stocks head higher, you may never have another chance to buy these world-class businesses at such attractive prices. Either way, you should absolutely be sure to check out Enrique's research.

I'm incredibly proud of the work he's putting out, and our charter membership offer for Empire Elite Growth is only available until next week... so don't delay! Learn more here.