COVID-19 has caused significant shifts across the world, changing a variety of traditional concepts. While some of these changes were predictable, some remain hard to fathom. One of the biggest changes, however, is the current social distancing norm, forcing businesses to move from traditional forms of work setups to remote working. We then dug deeper to find out what some of their biggest challenges were, and the survey results show that the segment of new remote workers who wish to return to their offices struggle with distractions. Over 60 percent of these respondents claim distractions to be the biggest challenge, followed by maintaining a work-life balance and collaboration issues. Another common challenge among the new remote workers seems to be the lack of clarity on their day to day priorities. The survey data shows that among the new remote workers who wish to return to their offices, only 40 percent of them had complete clarity on what they are expected to do on a daily basis and the remaining respondents stated that they had partial or zero clarity on their daily priorities. Effective communication is a direct influencer to employee performance, and therefore, this data suggests that the ambiguity in responsibilities may affect their productivity and efficiency.

We tried to uncover their methods of communication and collaboration. To our surprise, only 36% of the new remote workers had a structured remote collaborative process in place, whereas the vast majority of them relied on instant messaging, emails, phone calls or platforms like Google Docs to collaborate.

As far as social life and employee culture are concerned, a majority of new remote workers miss casual conversations and spontaneous work-related conversations during breaks. Additionally, only 25 percent of the respondents among new remote workers stated that their organization had virtual and interactive sessions to keep the bond and culture intact. 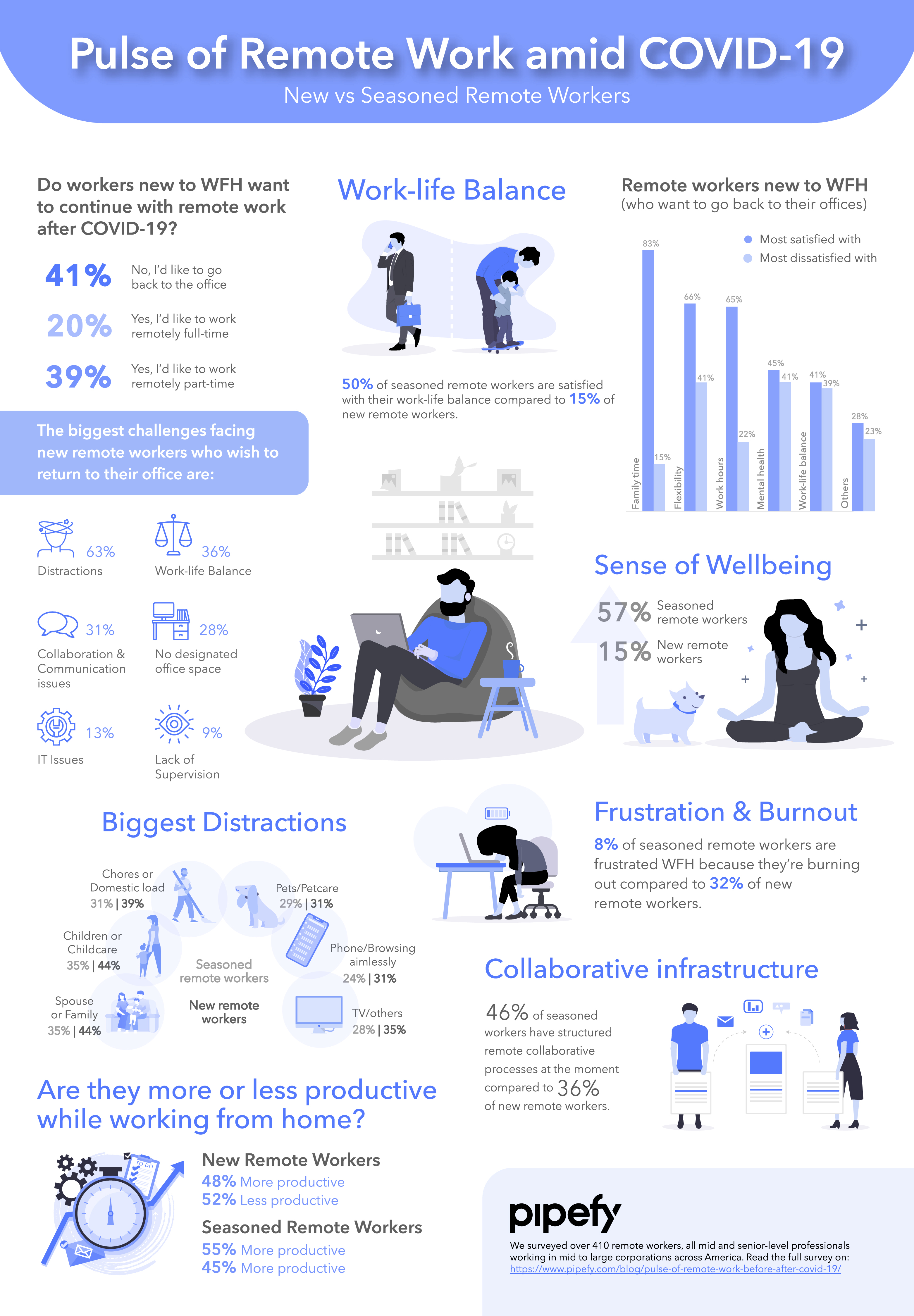