ValueWalk
Home Business On Deck’s Board Slate, A Blow To Voce Activist Campaign

Glass Lewis and Institutional Shareholder Services (ISS) backed On Deck’s board slate this week, dealing a blow to Voce Capital Management’s activist campaign. Both proxy advisers recommended shareholders vote to re-elect the firm’s nominees amid calls from Voce to oust them.

Voce, a 1.3% shareholder, is challenging the three directors, claiming they are primarily responsible for the stock’s 93% plunge in value since its public listing five years ago.

The activist claimed it was not able to advance a competing slate this year due to the company’s narrow nomination window, but argued that if the trio is ousted at the upcoming meeting, it will come up with its own director nominees.

On Deck said the incumbent directors "all have track records of successfully navigating crises and a comprehensive understanding of On Deck's business," adding that ousting directors during the COVID-19 pandemic would be "extremely disruptive."

Grizzly Research published a follow-up report on 58.com, claiming the recent $55 per share take-private bid for the company was just "an overnight PR maneuver" designed to support its stock price and deflect the fraud accusations brought forward by the short seller as well as the "strong economic headwinds" it faces.

The activist short seller said that the bid received by 58.com from Chinese private equity firm Ocean Link earlier in April was "highly suspicious" due to its timing, financing, and undisclosed management relationships.

Grizzly disclosed a short bet on the Chinese internet company in mid-February, deeming it an "accounting house of cards with little economic substance." The report claimed 58.com had engaged in a series of transactions with the sole purpose of "enriching insiders at the cost of public shareholders."

The proportion of Asia-based companies publicly subjected to activist demands that were in the industrials sector between January 01, 2020 and May 01, 2020, compared to the same period last year. 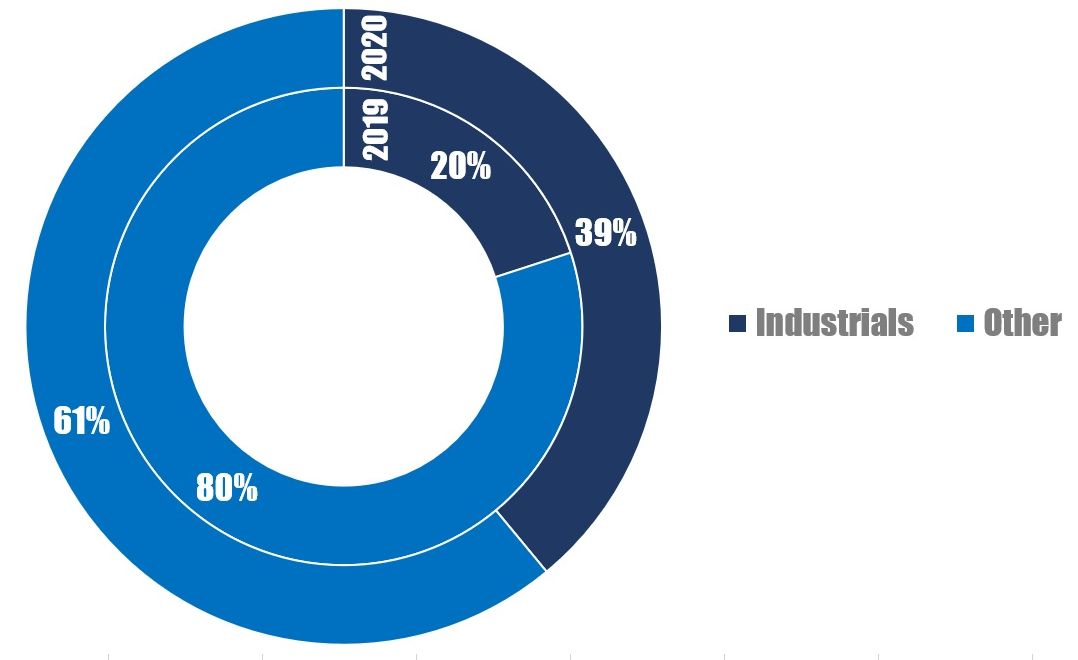