ValueWalk
Home Stocks Whitney Tilson: A Great Time To Be A Value Investor 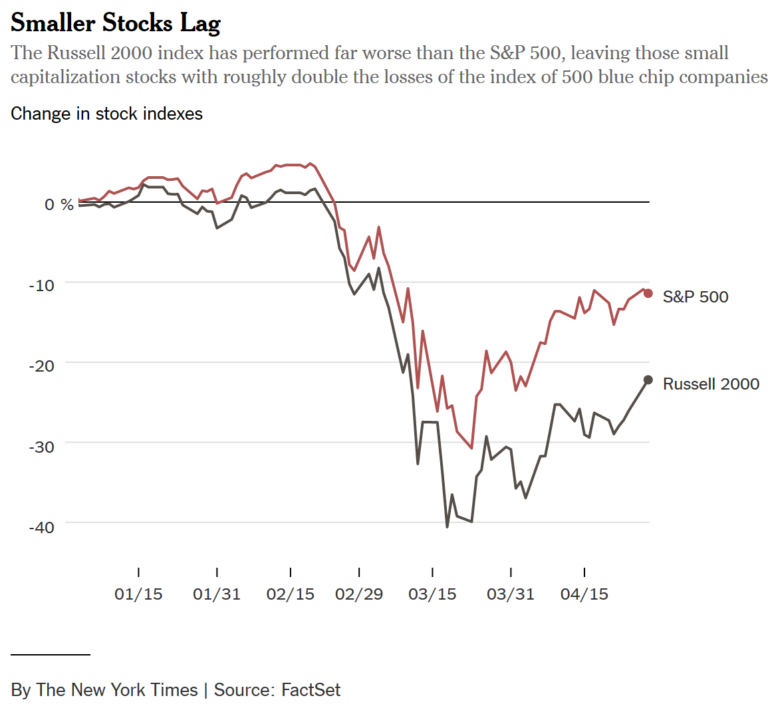 A Great Time To Be A Value Investor

2) A reporter who was writing yet another death-of-value-investing story interviewed me on Wednesday. But I surprised her by saying that I think it's the best time to be a value investor since the global financial crisis. Here's why...

Value investors rely on other investors' mistakes to make money. More important, we want to buy stocks well below their intrinsic value (plus, it's a bonus if we can sell above intrinsic value). Thus, crazy, choppy, volatile, panicked markets are good for us.

We also tend to poke around the nooks and crannies of the market, looking for undiscovered gems, hold cash, and short stocks.

Not surprisingly, then, we had a tough 11 years from March 2009 through February of this year. The S&P 500 Index steadily marched upward – roughly quadrupling – led by large-cap growth stocks like the five tech titans, Apple (AAPL), Microsoft (MSFT), Amazon (AMZN), Alphabet (GOOGL), and Facebook (FB).

Woe unto any manager who didn't own these stocks and a handful like them, held cash, or – worst of all – shorted anything!

So, while the recent volatility has been stomach-churning, true investors (as opposed to speculators) should welcome it.

3) Many cheap stocks are out there in the market... if you know where to look.

This isn't readily apparent in light of the strong rebound we've seen in the major indexes, but this primarily reflects the performance of large-cap, blue-chip stocks, masking absolute carnage across thousands of smaller stocks. Many of the stocks I follow are still down at least 40% to 50%, and sometimes more.

A recent article in the New York Times, Investors Bet Giant Companies Will Dominate After Crisis, highlights the huge underperformance of the small-cap Russell 2000 Index relative to the large-cap S&P 500:

The current surge of megacap stocks suggests that many investors expect those companies' slices to expand even more after the current economic implosion, in which smaller companies are widely expected to be the hardest hit. Small-cap companies – such as those included in the Russell 2000 – carry more debt, making them vulnerable to having financing cut off by bond markets. They're less globally diversified, making them heavily dependent on the performance of the economy in the United States, the current epicenter of the crisis.

The article includes this chart: 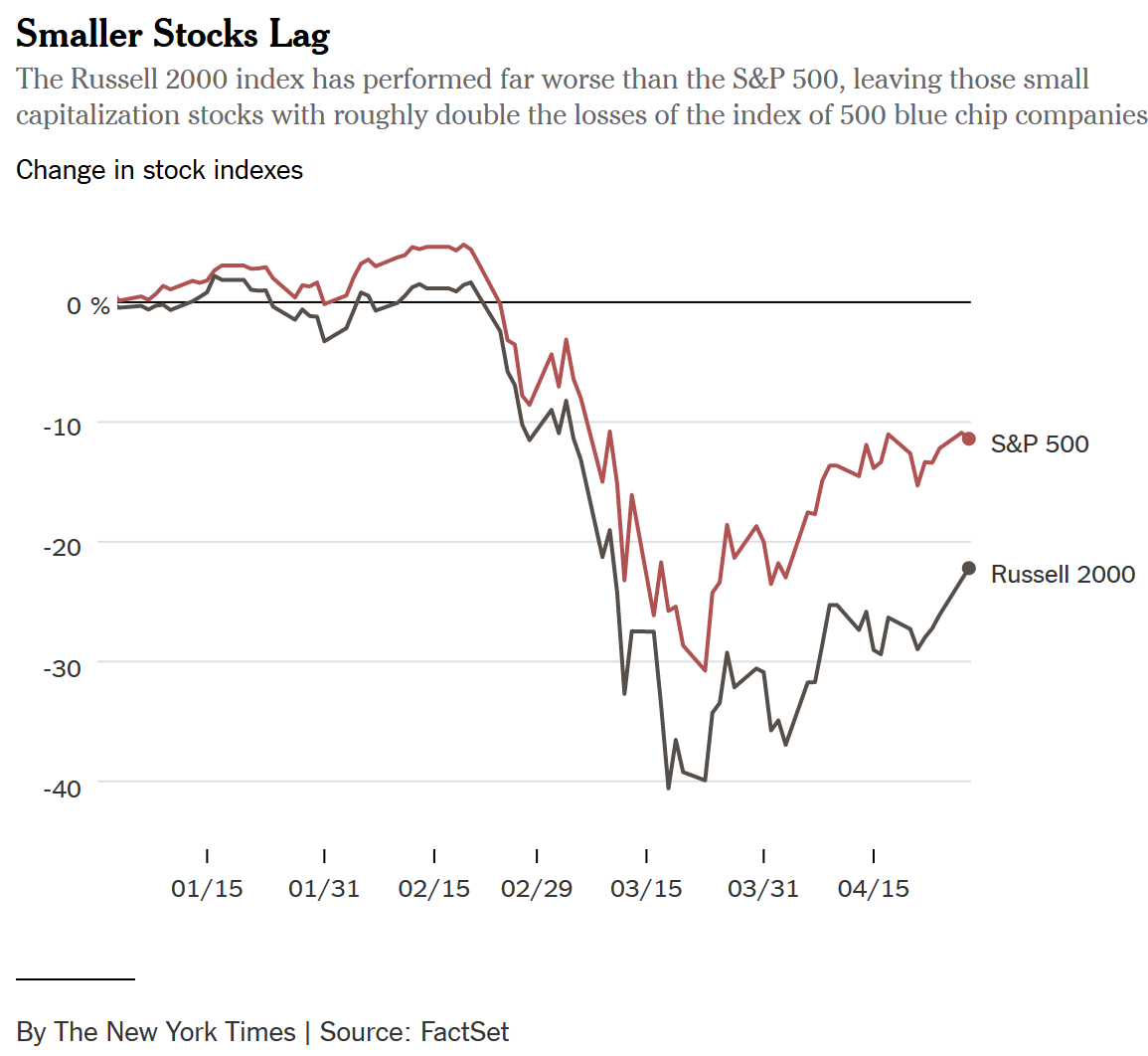 This underperformance isn't limited to this year. It's been going on for years, and has led to nearly the widest valuation gap I've ever seen between small-cap stocks versus large-cap ones, as well as growth versus value.

And I'm not the only one seeing this... So have many of my friends in the hedge-fund world, who have included interesting charts in their recent investor letters.

Here's one showing that the earnings yield spread (i.e., the inverse of the price-to-earnings ratio) between small-cap value and large-cap growth stocks is near all-time highs (note that the blue bar shows the massive outperformance of the former when the valuation discrepancy reaches such extremes): 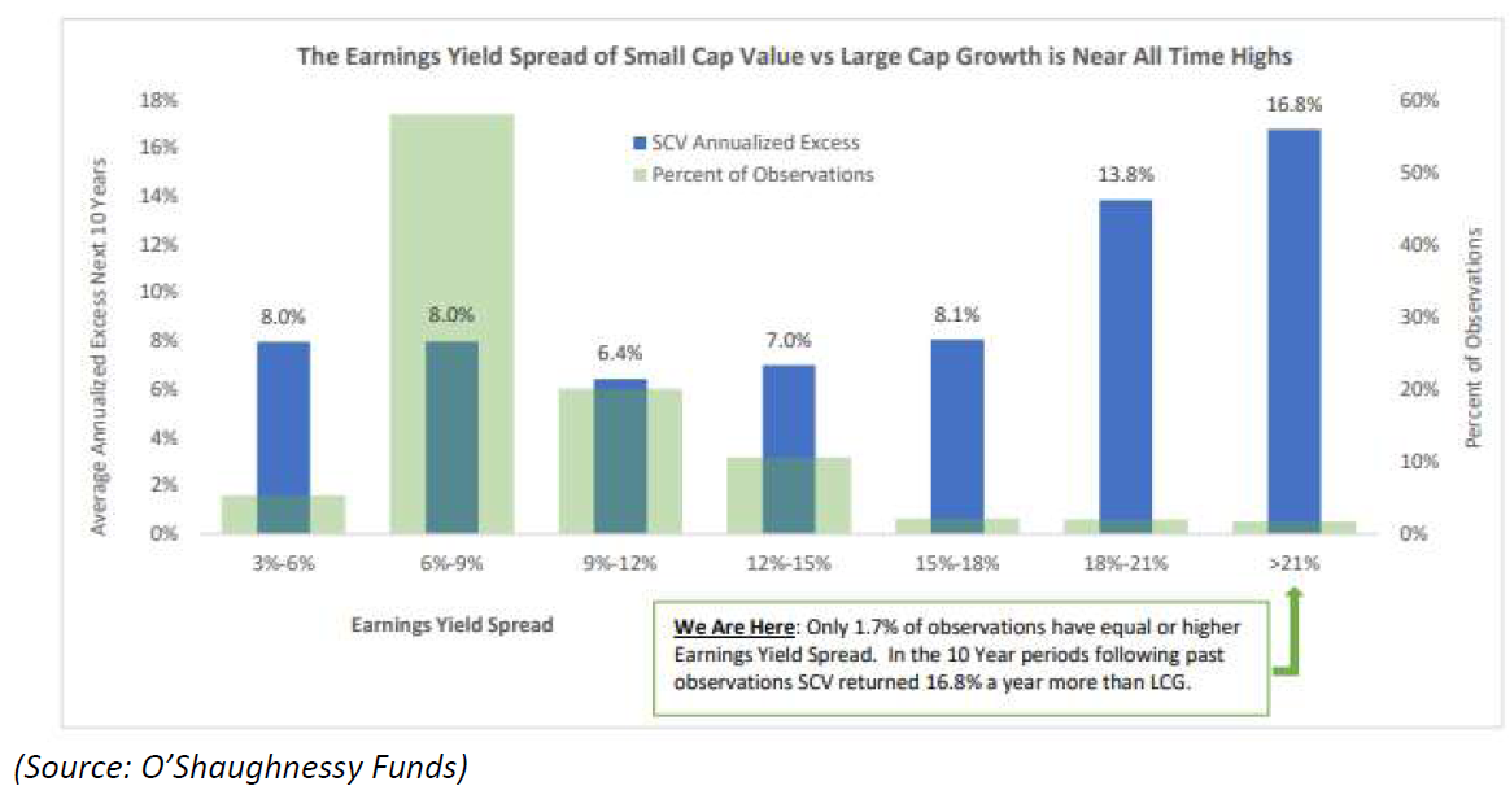 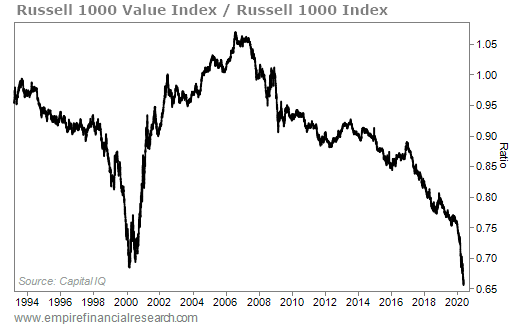 The only time the ratio was even close to today's levels was at the peak of the Internet bubble – which was then quickly followed by a period of extreme outperformance by traditional value stocks.

Finally, here's a chart showing that the valuation spread between the top 20% of the most highly valued small-cap stocks versus the average is the highest it's ever been in the past 57 years, with the exception of a brief period during the global financial crisis: 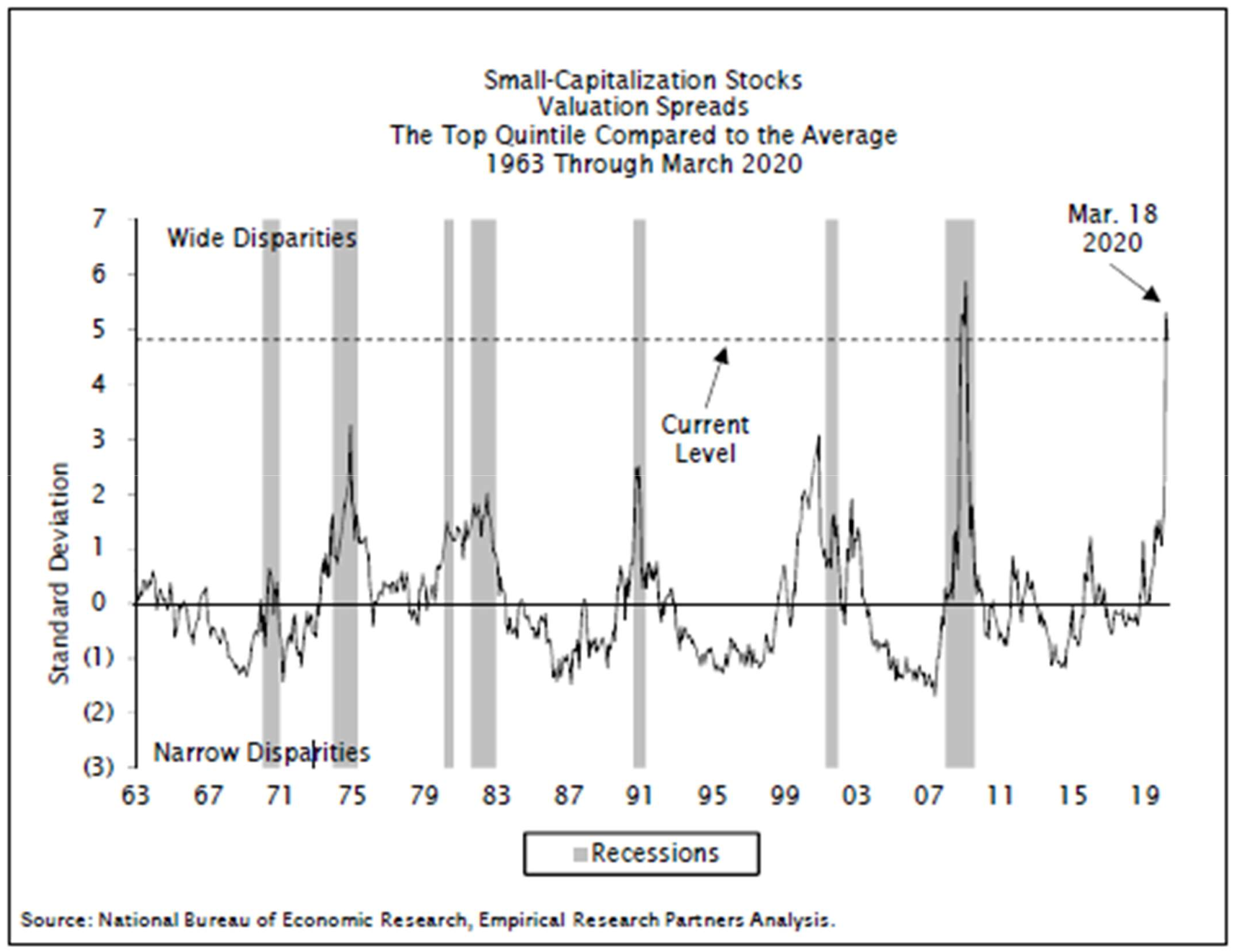 I'm definitely seeing these valuation gaps as I do my bottoms-up stock analysis for my Empire Investment Report newsletter, which focuses on stocks with $500 million to $5 billion market caps. To sign up for a risk-free trial, click here.

P.S. Empire Financial Research and the market are closed on Monday for Memorial Day. Look for the next Whitney Tilson's Daily e-mail on Tuesday, May 26 after the Weekly Recap. Enjoy the holiday!