ValueWalk
Home Business Only The Lonely Can Play

Great investment opportunities are lonely. History shows us the crowd behaviors to avoid and the investment market circumstances to capitalize on. We believe we are at one of the great junctures, where the crowd thinks they unequivocally know the future. Simultaneously, they have left the stocks related to the unknowns for dead. What does history tell us about situations like this? What stocks are mega-cheap based on the unknowns?

History of Sure Things

Disney and Coke were sure things at the end of 1972 in the “Nifty Fifty.” At 80 times and 60 times earnings respectively, their future success seemed like a sure thing. It was lonely to not own them.  In 1982, they bottomed at nine- and six-times earnings, even though the future ended up being very bright. Hardly anyone who bought when they were thought to be a sure thing stayed for their success 20 years later.

Our favorite measuring tool is to go to investment industry conventions (think Schwab or Morningstar) to see which sponsors were ponying up the most to dominate the center of the floor. In 2011-2014, it was Asia and Peak Oil. Everyone was convinced that nothing could stop China’s new 500 million “middle class” citizens from dominating the world economy for decades. Oil was $115 per barrel in May of 2014 and wide asset allocators sent their clients’ money to die in emerging markets equities under the heading of diversification.

Lastly, the internet would change our life in 1999 and the growth/tech funds hogged up the center of the convention space. The “smart” people avoided the worst of it by buying Cisco, Microsoft and Intel. They were the internet “pickaxe” companies with real sales and earnings. It did limit losses to 60-90% of their portfolio instead of losing 100% on failed dot-com stocks or 95% on Sun Micro, Lucent and many others. There are business cycles in tech! 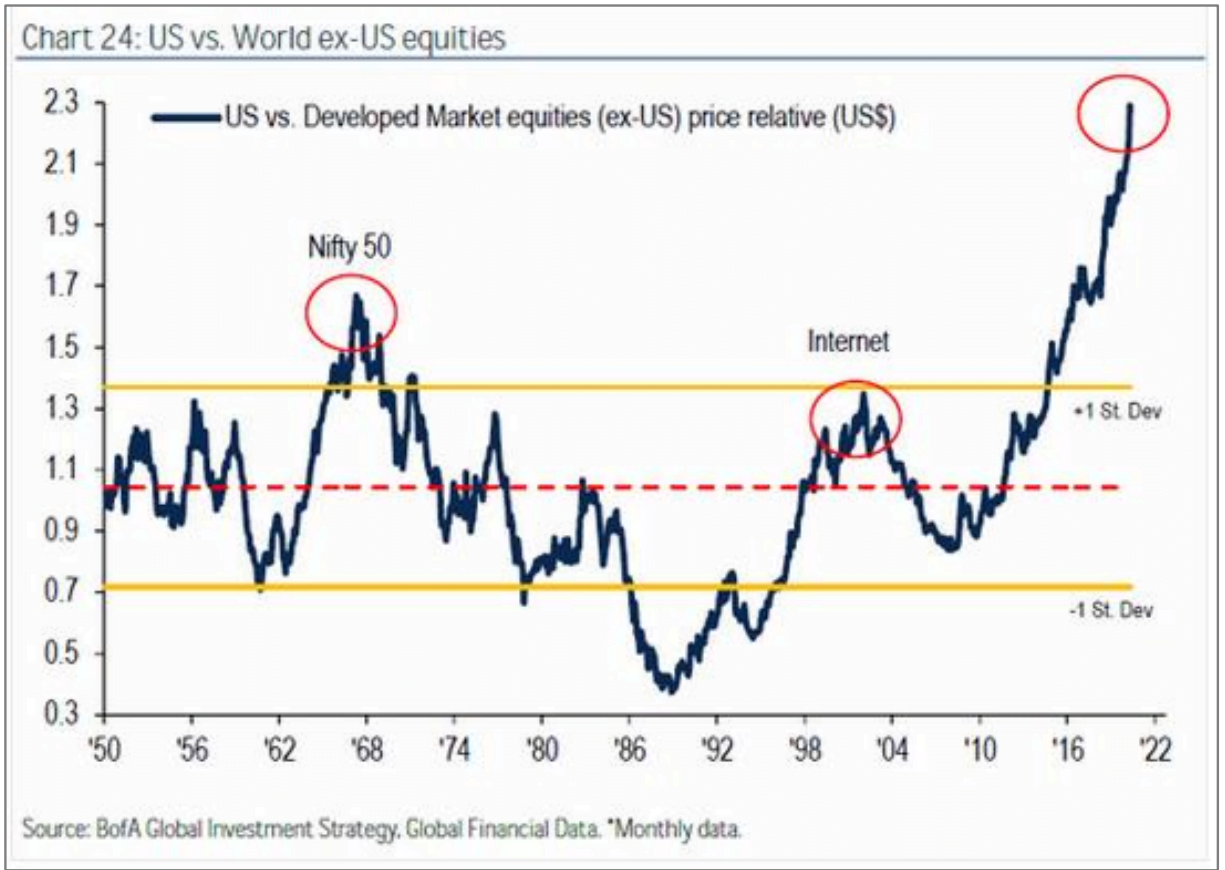 Tech Is A Sure Thing

Now the coronavirus has come along to convince investors big and small that the largest tech companies are a sure thing and that the average person is best able to participate in it via the S&P 500 Index. Tech is a sure thing because we had nowhere else to turn during the government-dictated quarantine and shutdown. The S&P 500 is a “cross-section of America,” or so says Warren Buffett. The composition of the S&P 500 Index is approaching 40% in just the tech sector, Amazon, Facebook and Alphabet combined. Looks very much like late 1999 and not a cross-section of America:

What are the knowns today?

What are the unknowns?

The price of what is known is sky high from a historical standpoint. In the S&P 500, the popular tech stocks have gone to the center of the convention area (even though the convention in May is cancelled). Growth is the most expensive relative to value as far back as it can be measured. Merrill Lynch measured it by sentiment recently: 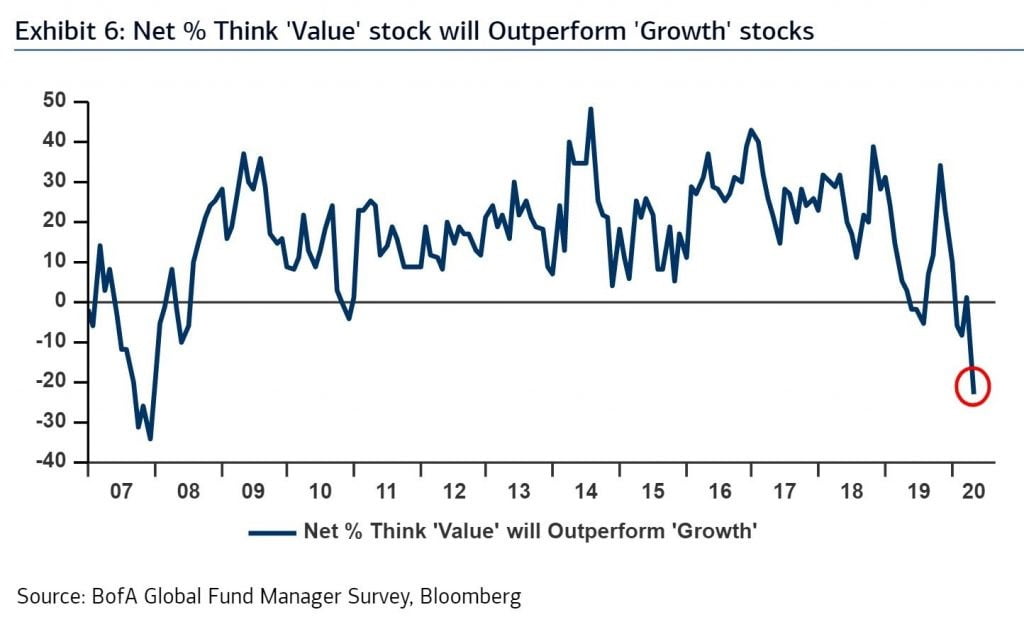 Lonely Bargains Among The Unknowns

There are some lonely bargains among the unknowns:

Only the lonely can play.