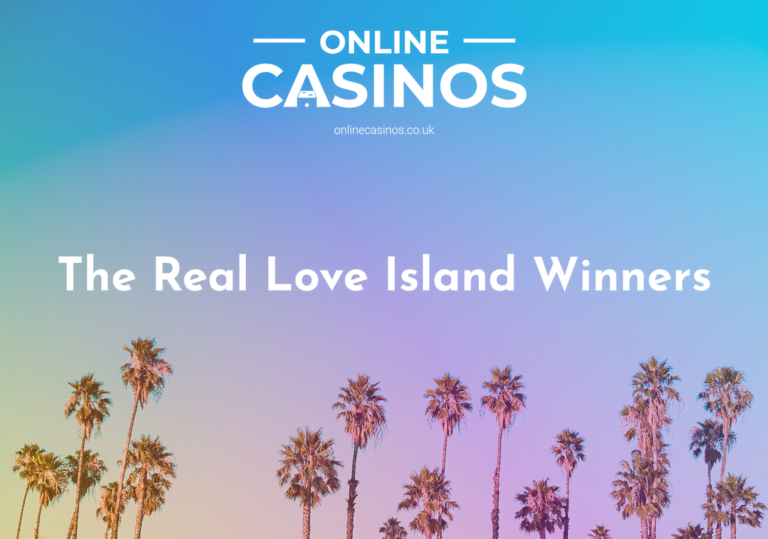 With some runners-up potentially earning more on social than winners

UK Love Island contestants could earn up to £12,000 per sponsored Instagram post, according to new research, placing some runners up as the real jackpot winners.

The research, which reviewed the Instagram profiles of 182 UK Love Island contestants from 2015 to 2020 and compared it against the eMarketer study on influencer marketing, revealed just how much each Love Islander could make after a stint on the show, including:

With season five featuring the most contestants in the top 10 earners list, it might be that as the show increases in popularity, the islanders are getting savvier when it comes to their post-show career. The exposure offered by Love Island gives smart contestants the chance to grow their following and boost their potential earning power into the bargain.”

Furthermore, half of the contestants charted in the top 10 earners are from season five, making this the most successful season for after-show success, with Maura Higgins, Amber Gill, Tommy Fury and Molly-Mae Hague placed in the top five for highest possible sponsored post earnings on Instagram.

While Olivia Buckland, from season two, is ranked seventh in the highest possible sponsored Instagram earners, she was a runner-up, proving that you don’t need to win to be successful.

"With several Love Islanders potentially earning thousands of pounds per sponsored post, there’s a clear incentive to ditch the office for the influencer lifestyle after the show.

Our research revealed that modelling was the most popular pre-show career of all Love Island contestants, with personal training and glamour modelling coming a close second and third. It seems there’s a certain career path with an emphasis on looks and physique that plays a part in successful Love Island applicants.”

Of the contestants analysed, 22 were models before appearing on the show, 10 were personal trainers and five were glamour models. Now, the majority are Instagram influencers. 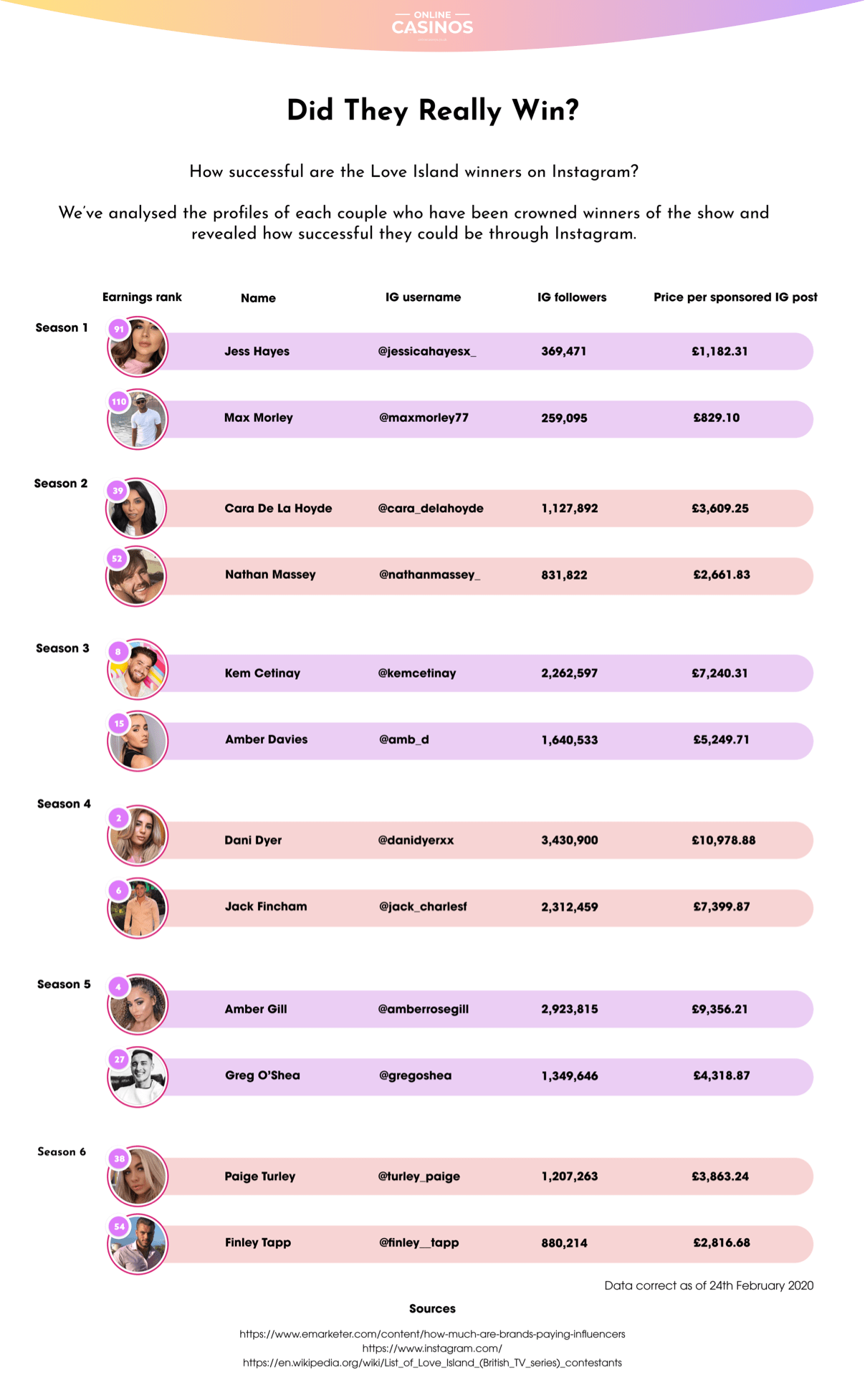 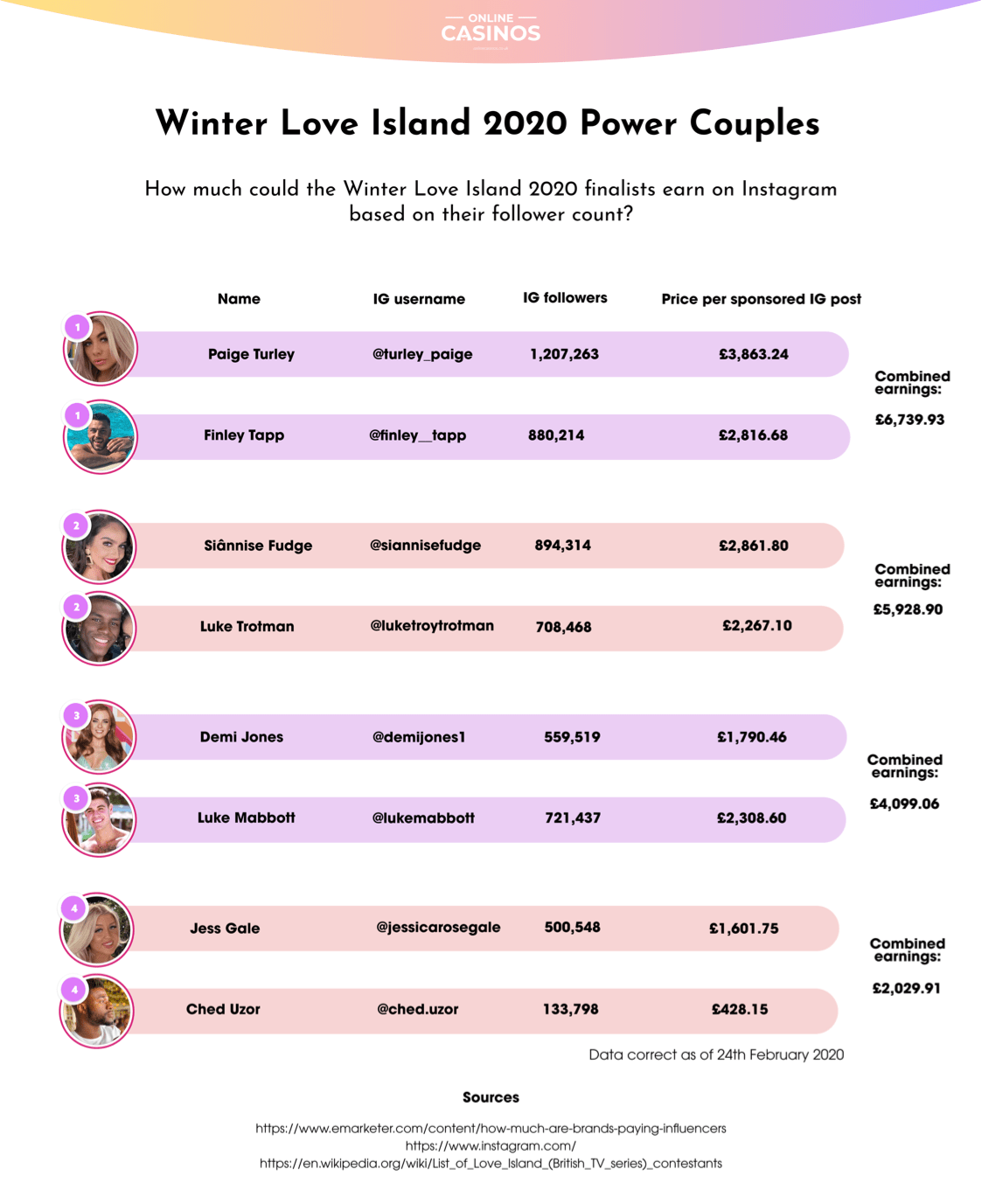 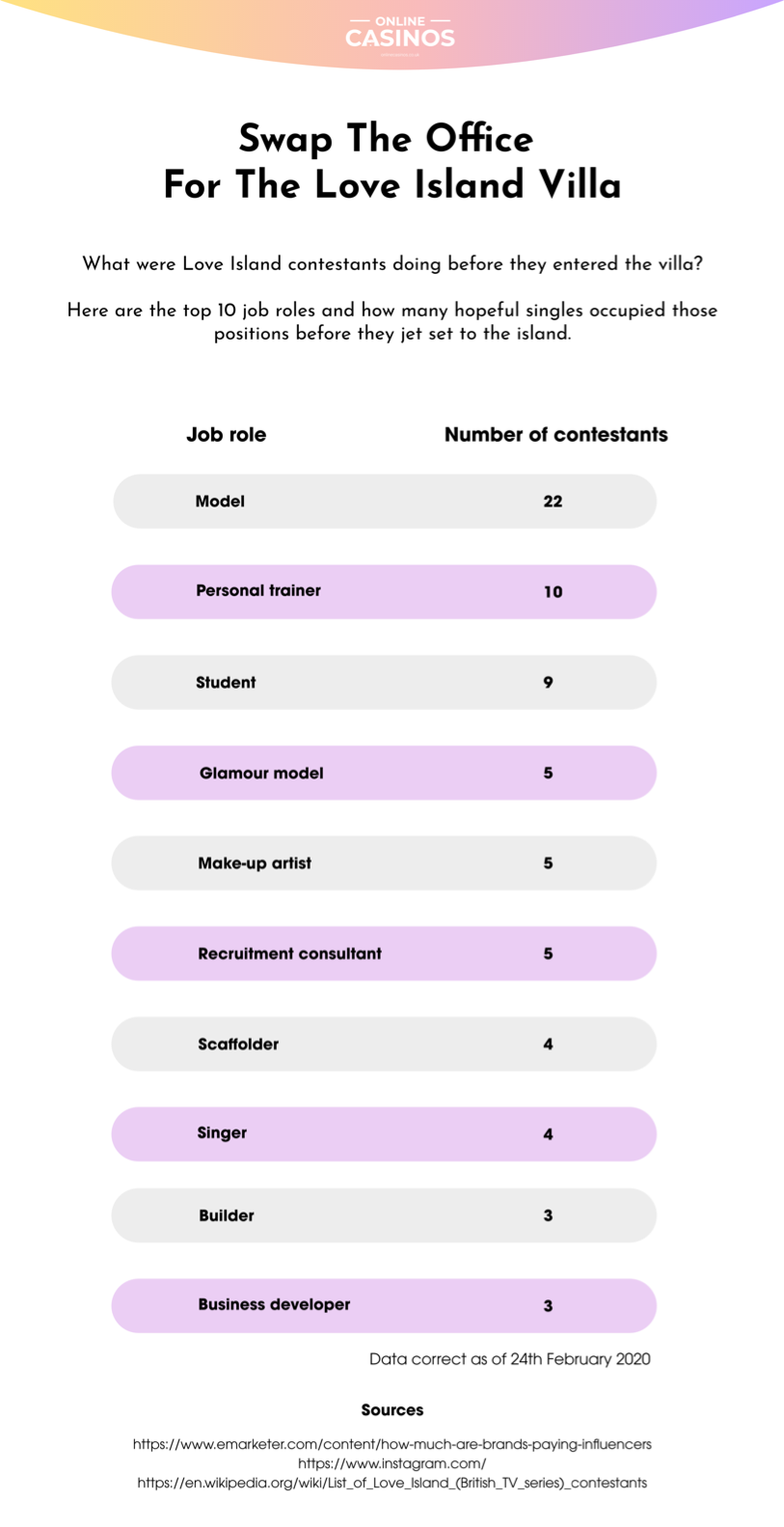