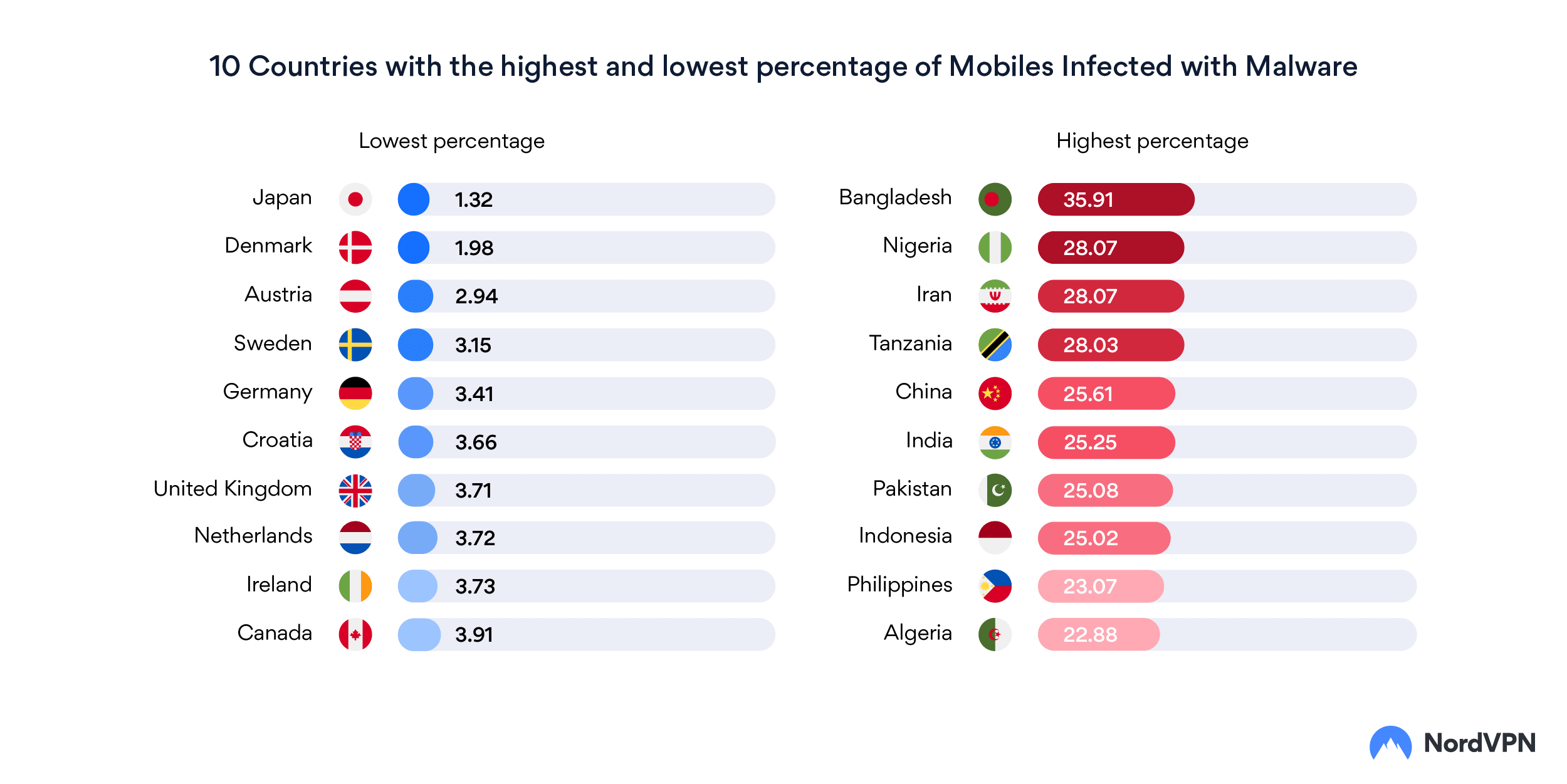 Today’s extensive usage of the internet and technologies creates a high risk for various cybercrimes, computer viruses, smartphones hacking, and financial malware. One of the most dangerous kinds is malware, as it is planted on our devices and stays there without us even noticing. It can be a fake sports app that copies your email logins and sends them to hackers or a malicious antivirus that holds your device at ransom.

Shortly, malware is software designed to secretly work against the interests of the owner of a system or device. Some types can be planted on your device while others work their way into it. The effects can vary as well, from secretly tracking relatively harmless data to destroying your device for fun.

Securelist.com identified countries that are most prepared for cyber-attacks. The study also indicated the countries with the lowest amounts of mobile phones infected with malware. Japan stood out as having the lowest rates of mobile phone malware and accounted for 1.32%. Denmark and Austria were in the second and third places with 1.98% and 2.94% respectively.

Lowest And Highest Percentage Of Mobiles Infected With Malware

In contrast, Bangladesh claimed the first place in terms of the percentage of mobile users attacked in the country, with the rates of even 35.91%. This South Asian country quite significantly surpassed other countries. Nigeria and Iran, which were both in the second place, accounted for 28.07%.

Moreover, besides having one of the least numbers of mobile phones malware, Denmark also stood out as having the lowest rates of infected computers (5.9%). Ireland remained in second place with 7.9%, only slightly surpassing the Netherlands, accounting for 8.1%.

Lowest And Highest Percentage Of Computers Were Infected With Malware

On the other hand, Algeria has had the most cyber-attacks where computers were infected with malware (32.41%). Belarus and Ukraine followed Algeria as the second and third countries having the most computers affected by malware. That is because a heavy reliance on Russian technology in Ukraine and Belarus impairs the countries’ abilities to defend against cyberattacks. 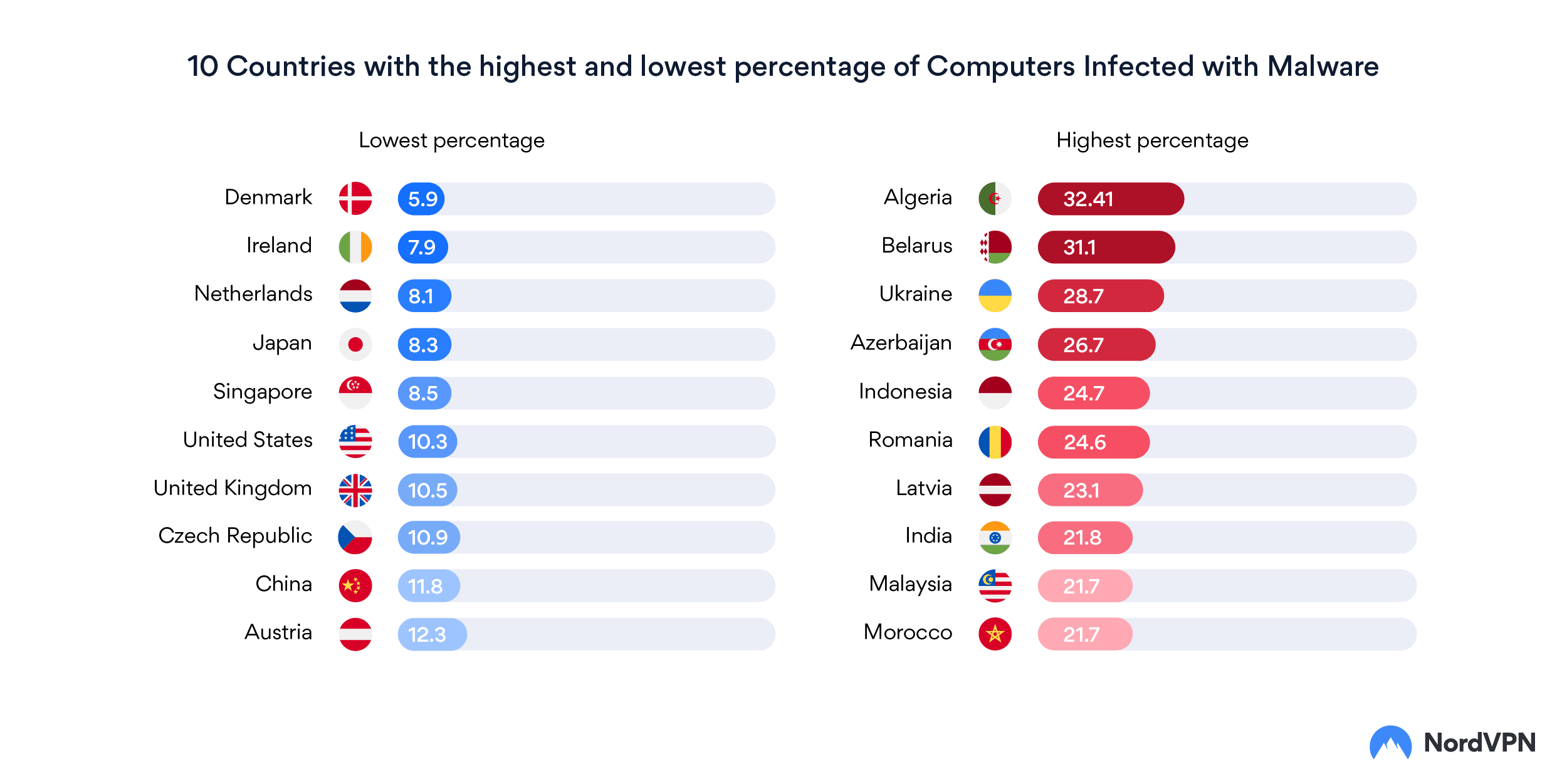 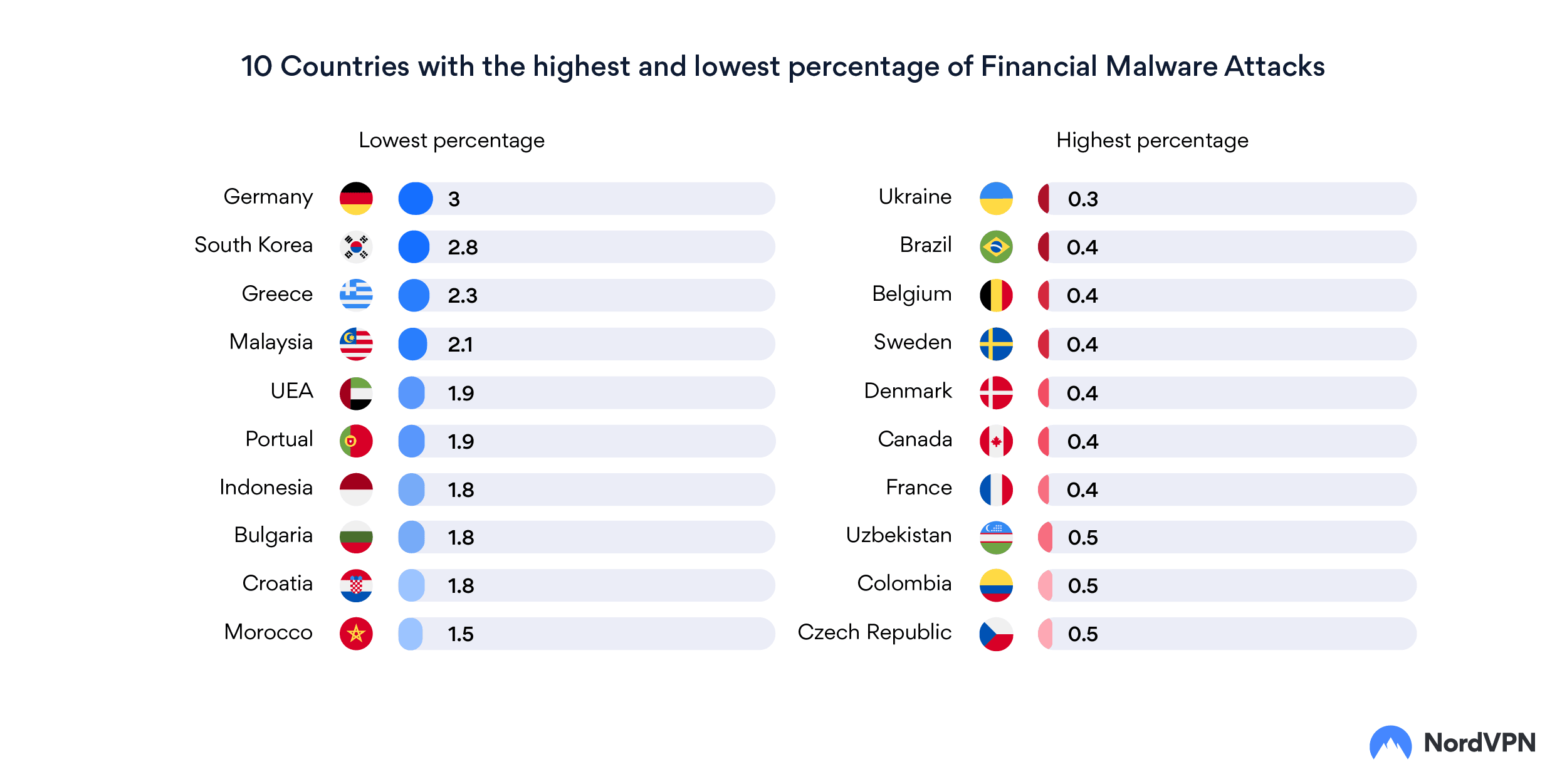 If you aren’t careful when opening attachments and email links, don’t use an antivirus, a VPN, or a combination of both, the chances are that there’s malware on your device. So make sure to adopt good online security habits to prevent it from infecting your computer or mobile phone: