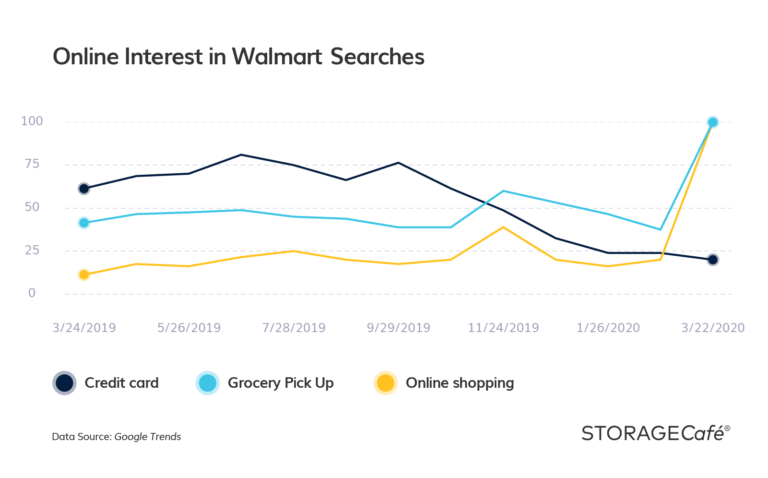 COVID-19: Hospitality and Retail Tank While Moving and Self Storage Are Less Impacted

The coronavirus outbreak has stalled the US economy, so much so that we might be standing on the eve of a recession. Many businesses have either come to a halt or have slowed down, with hospitality, retail, and housing among the most affected. Self-storage search website STORAGECafé has investigated the change in people’s interest towards some of the most affected industries in the US. In order to do so, they turned to Google Trends, which allows you to see which topics pique people’s interest, expressed through search volumes registered by Google Search, Google News or YouTube. As it turns out, it is likely that major changes are ahead of us in these industries as a result of the COVID-19 outbreak.

As the entire world has hit the pause button on travelling, the US hospitality industry has experienced the ripples of the coronavirus pandemic. While business was expected to boom this time of the year with early vacations and spring breakers filling up hotel rooms, this year has seen an entirely different narrative. Looking at customers’ online interest in March 2019 and then at the same time this year, striking differences appear on Google Trends: hospitality-related searches abruptly declined. 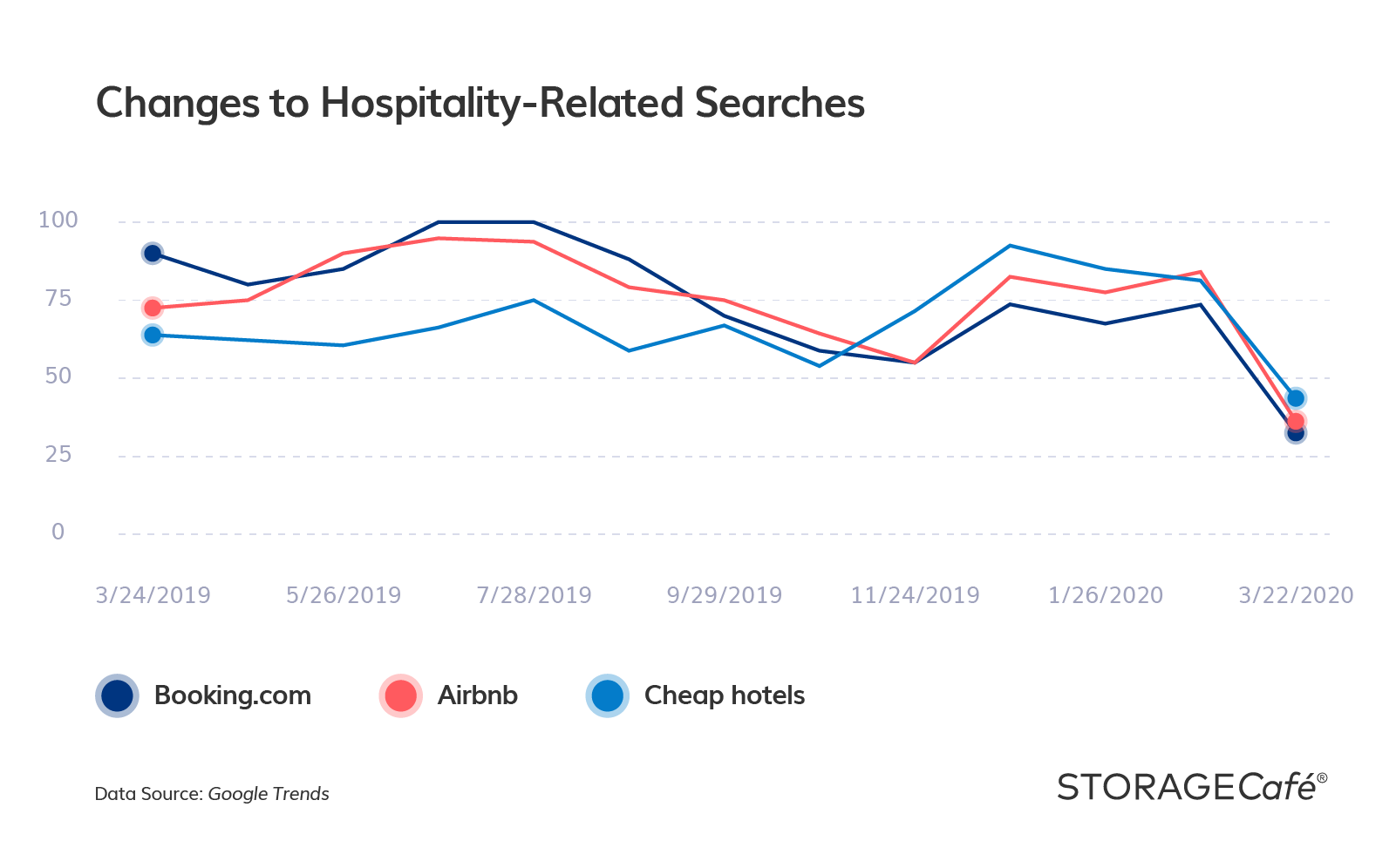 A year ago, Americans were truly invested in reserving hotel rooms, as online interest for “Booking.com” stood at 90 points on the 0-100 Google Trends scale in March 2019, only to dive vertiginously to 33 points a year later. The same pattern applies to searches for “cheap hotels”: March 2019 saw a 66-point score, while in 2020 the term dove to 44 points. Additionally, Americans are less likely to book a room through Airbnb, a behavior reflected in the considerably lower scores for the term in March 2020 (36 points) as opposed to the same time a year before (74 points). Overall, this pattern is hardly surprising as people are currently exercising caution in the face of the virus and are therefore less likely to travel and stay in a hotel room.

With spring breakers putting travel on hold, many favorite destinations have seen a drop in interest when it comes to hotel occupancy. Online searches for “hotels in Los Angeles” in the fourth week of March 2019 scored 81 points on Google Trends, only to drop to 30 points for the same time period in 2020. A similar pattern leaps out for “hotels in Miami”, another popular vacation destination, as online interest for the term saw a deep dive to 24 points this year in March, while it generated 72 points around the same time in 2019. With mounting concerns over the rapid spread of the virus, Americans are re-evaluating their priorities and preferring to stay put instead of going on vacation.

As the pandemic sweeps the nation, many retail stores have been closing. However, some stores which supply food, medicine and cleaning supplies have seen an uptick in business. As such, Americans are turning to larger retailers such as Walmart and Costco to get their essentials. While fear of the coronavirus hasn’t stopped many of them from walking into stores, a large number of Americans clearly now want their groceries delivered: searches for Walmart online shopping, for example, surged to a full 100 score, a remarkable leap from the 12 points it generated around the same time in 2019. Interestingly enough, the same spike to a 100-point score in March 2020 occurred for the term “grocery pickup from Walmart” – as opposed to the 42 points registered in the previous year. As restaurants are closing, a lot of Americans are now invested in cooking, with searches for the term surging to a complete 100 score this time of the year – a vigorous jump from an index of 42 points in March 2019. 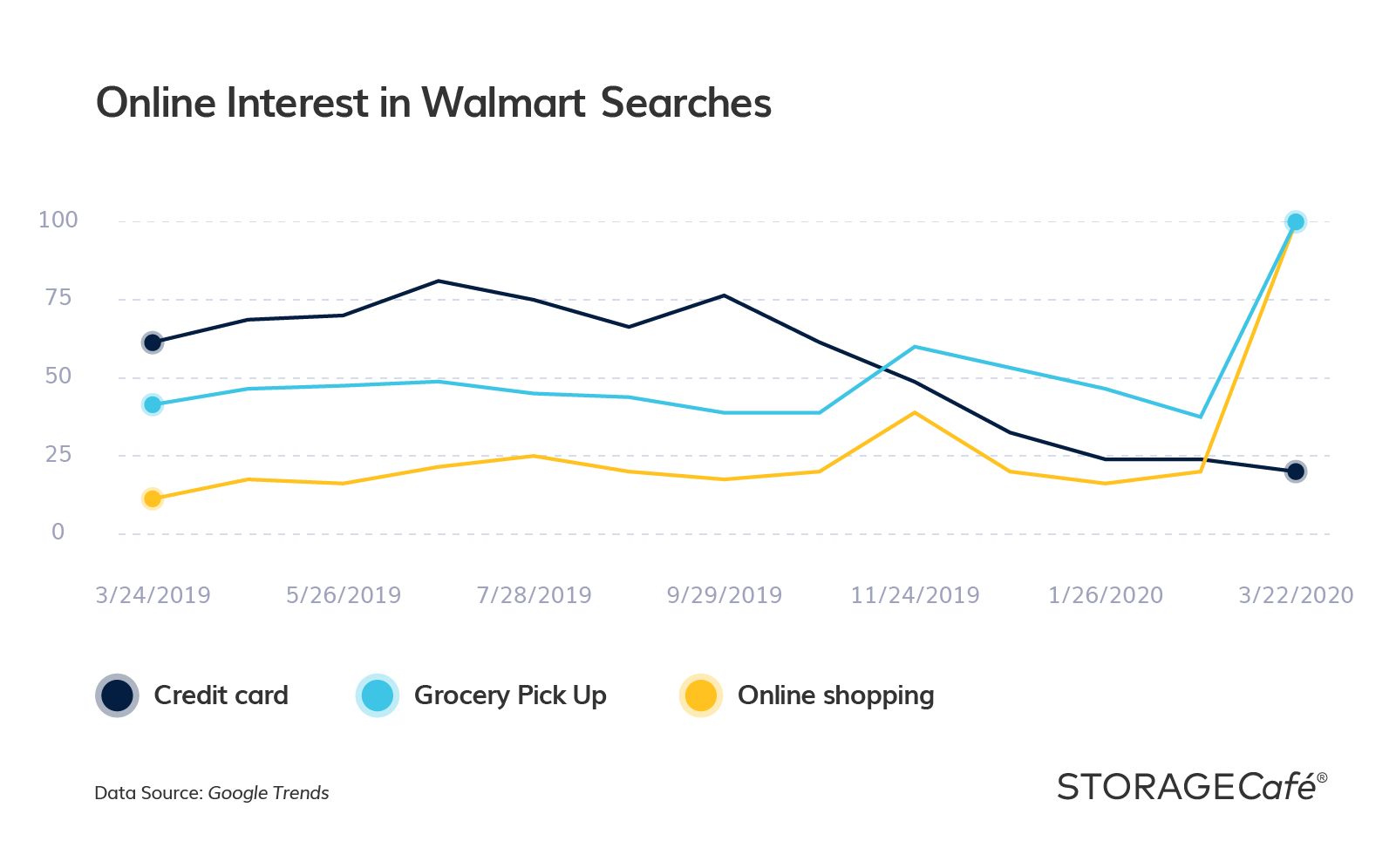 March typically opens the growth season in the housing sector, but this year has seen less Americans interested in buying or renting a home. According to data provided by Yardi Matrix, rents have continued to show year-over-year growth (2.9%) in March. However, the rental market is expected to experience the effects of the outbreak in April. 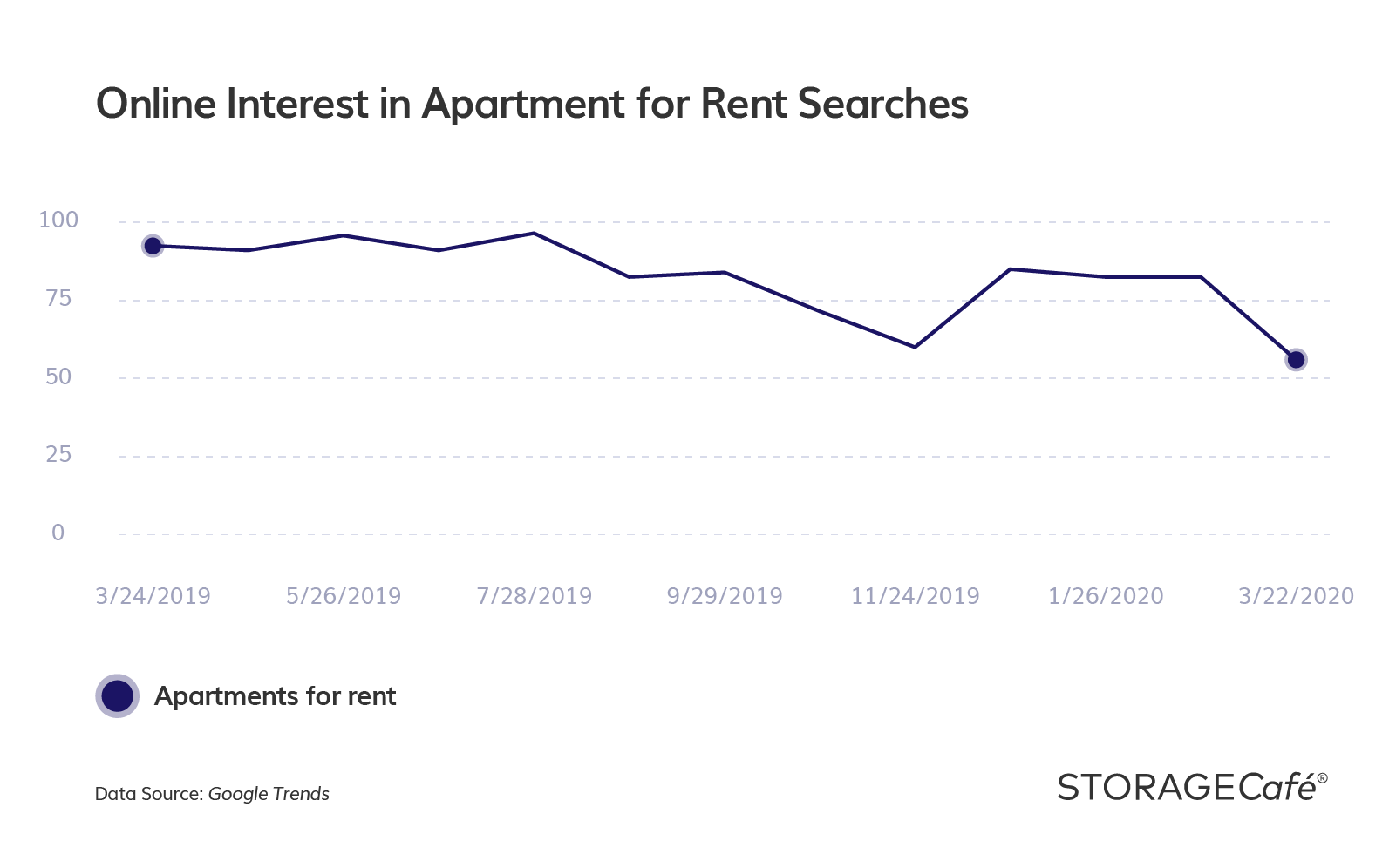 While springtime is the prime time for Americans to move to a new home, searches for “apartments for rent” in March 2020 dropped abruptly from 93 points in March 2019 to 56 points on the Google Trends scale. Both the caution associated with the spread of the coronavirus and the uncertainty of a stable income are pushing Americans away from signing new leases. 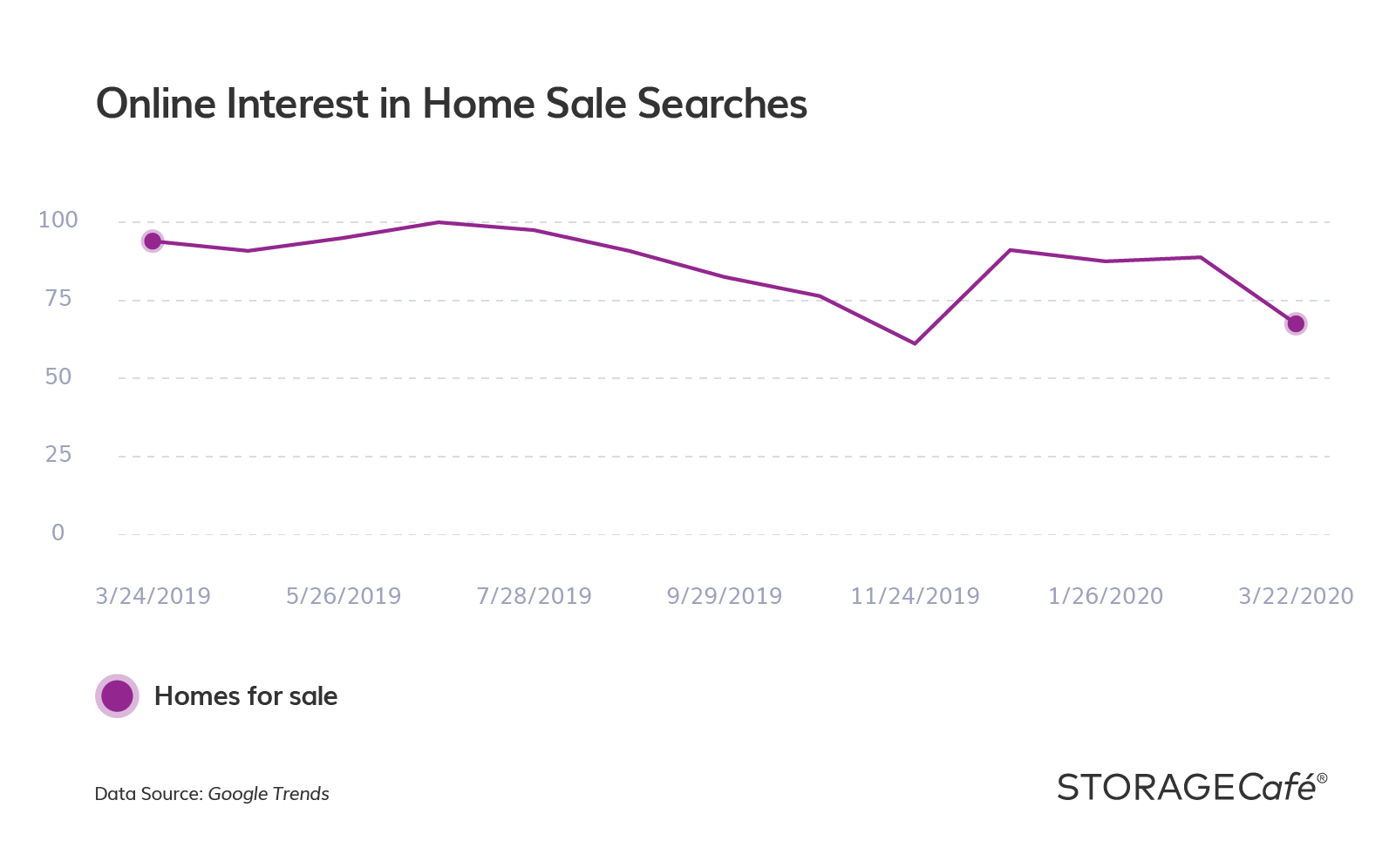 The housing market is also experiencing a slowdown associated with the current outbreak, as reflected by online searches for “homes for sale”. Interest for the term has sharply dwindled in the fourth week of March 2020 when it generated 68 points as compared to the 94 points it scored at the same time the previous year.

Despite social distancing being in place, the moving industry hasn’t yet experienced the full-blown consequences of this outbreak in the way the hospitality and the retail industry already have. As most moving appointments were made in advance, the majority of people moving were less likely to cancel their move. As it turns out, online searches for moving companies saw a slight decrease in the fourth week of March 2020 (63 points) as opposed to the score it generated the previous year (75 points). 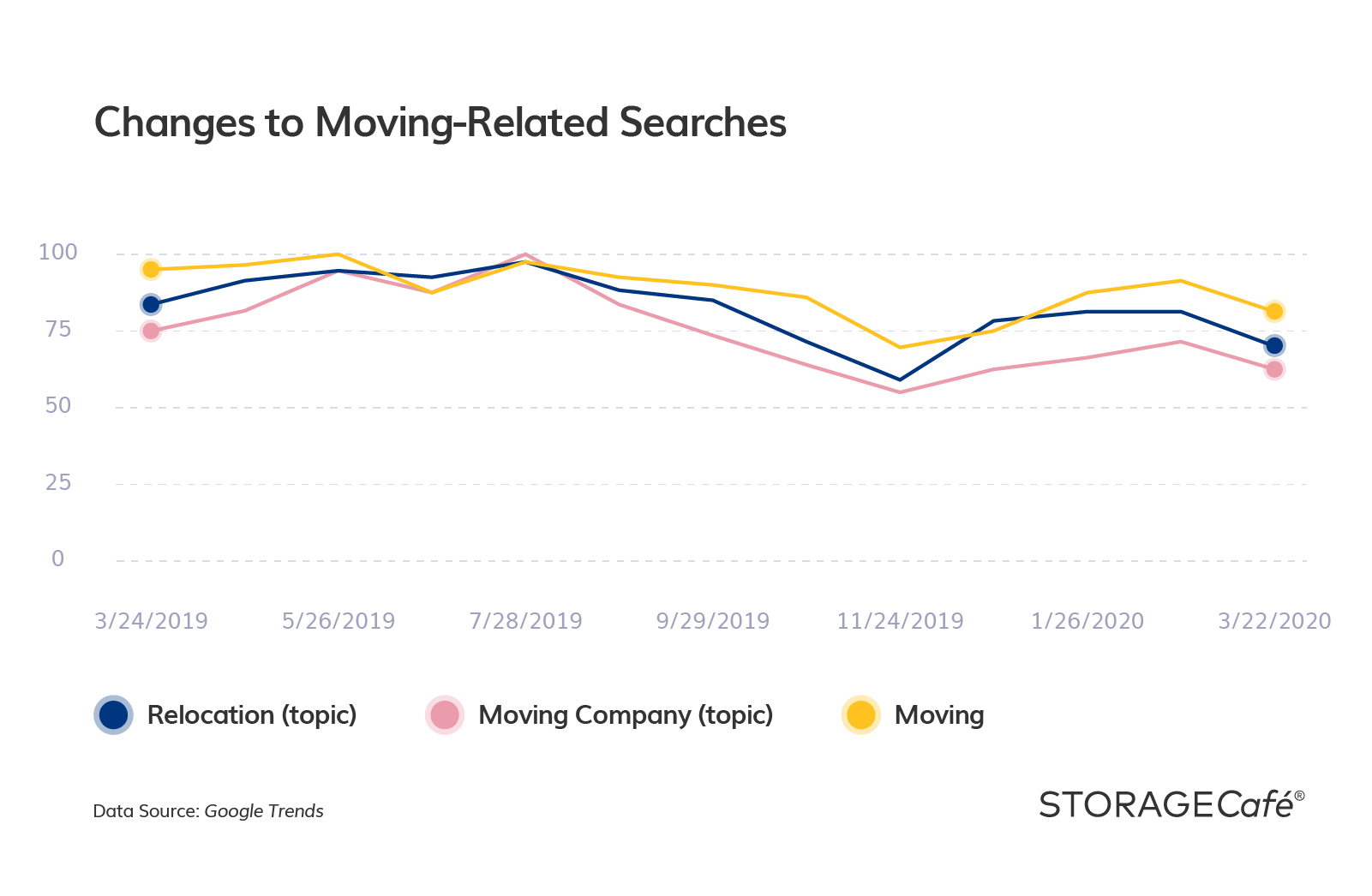 Similarly, online searches for the term “relocation” yielded 84 points in March 2019, while this year at the same time it generated 70 points – a slight decrease which indicates that most Americans who planned to move house are still planning to do so.

The most popular cities for relocation are still attracting newcomers in the midst of the outbreak. As it happens, the scale does seem to tip in favor of moving while only a fraction of Americans choose to stay put instead. This pattern becomes visible when looking at cities such as San Francisco, that scored 21 points for the search term “flights to San Francisco” in the fourth week of March 2019. Around the same time this year, the term generated 22 points on the Google Trends scale, which indicates that Americans are continuing to move there despite the outbreak evolving into a pandemic on US soil as well. 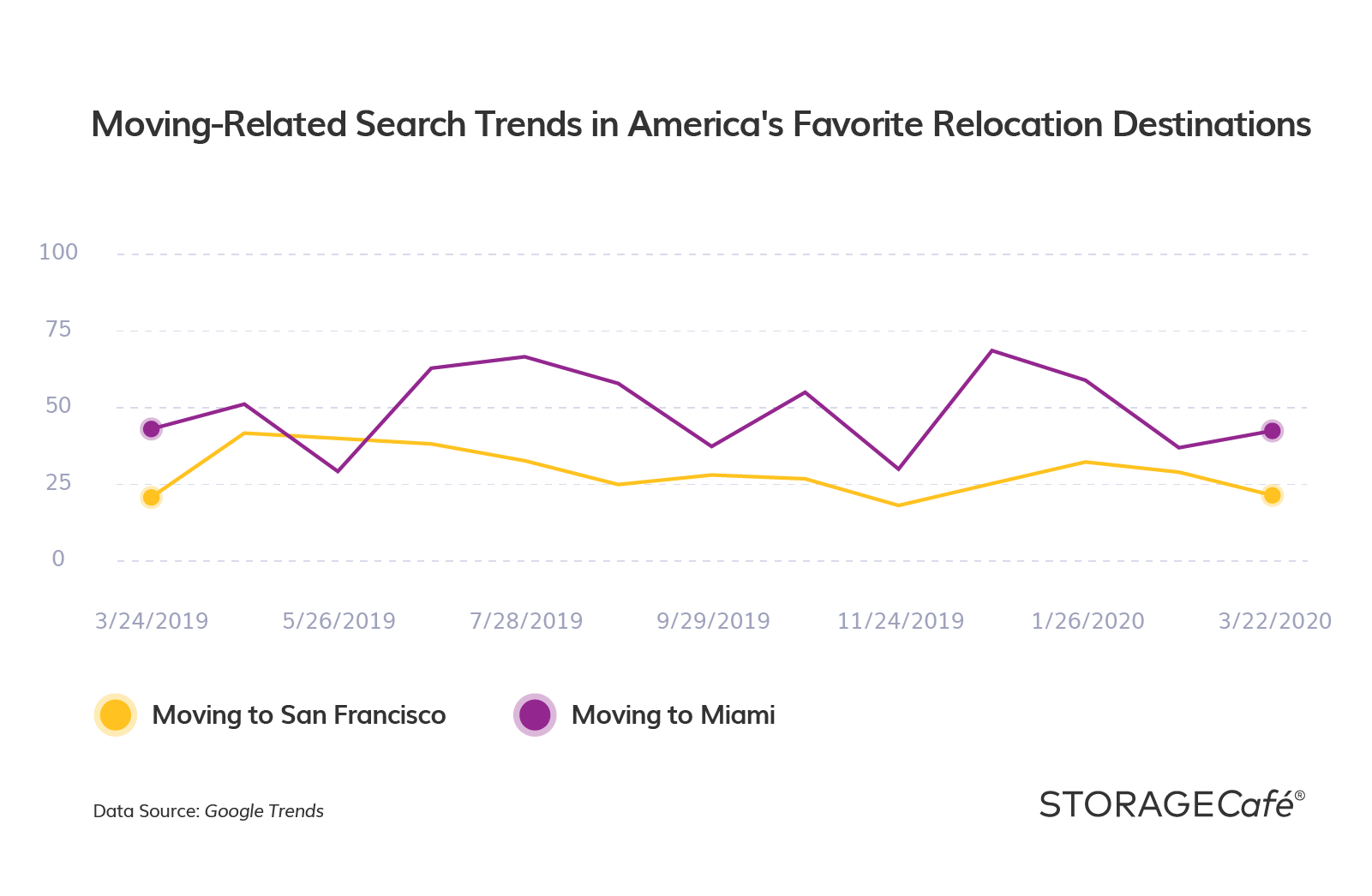 In the case of Miami, interest for flights to Magic City in the fourth week of March 2019 scored 43 points, only to go down one point for the same time period in 2020. In the fifth week of March 2020, online interest for the term sank to 0. While Americans have tended to continue to move undeterred by the outbreak, they are now beginning to exhibit some caution.

As the signs of a progressive slowdown in the moving industry are emerging, the self storage industry is likely to follow a similar trajectory, even though it is premature to assess the impact of the outbreak as of now. 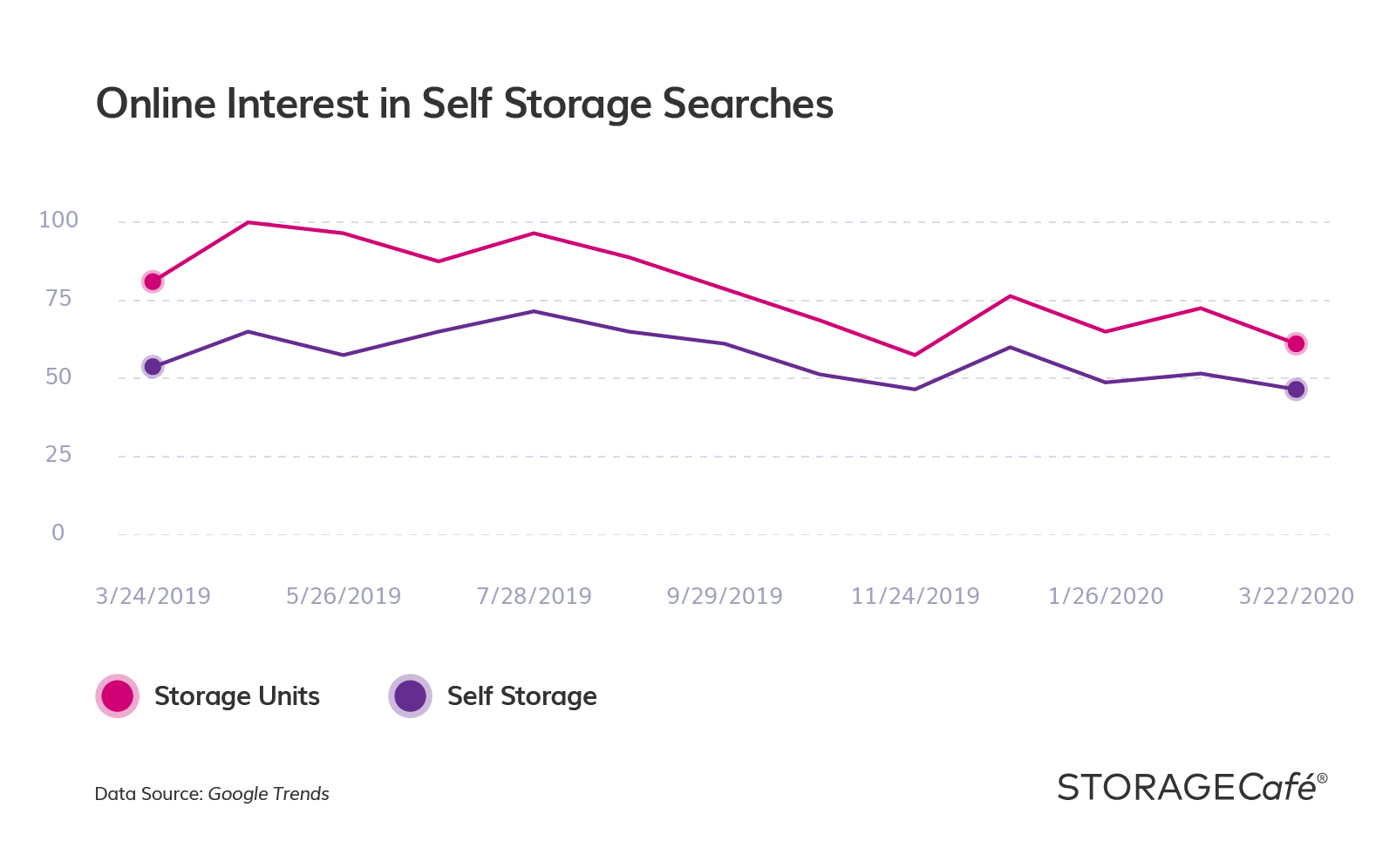 Still, looking at Google Trends scores does provide a glimpse of the direction in which the industry is headed. While searches for a “storage unit” generated 81 points last year in March, the score dove to 61 points at the same time this year. In a similar vein, online interest for the term “self storage” stood at 54 points on the Google Trends scale in March 2019, but it dropped to 47 points in March this year. Despite the fact that this downtrend is less dramatic than in the case of other industries, it is still indicative of Americans gradually reducing their out-of-home activities, which self storage typically involves.