Time to hedge? You should have started much earlier, but here are a few things you can still do.

Time To Hedge? Now It's Too Late

The best time to hedge COVID-19 market risk was when the market was still flirting with all-time highs. I suggested doing so then.

The second-best time to hedge might have been a couple of weeks later, when the autists I follow were sounding their klaxons about the virus. 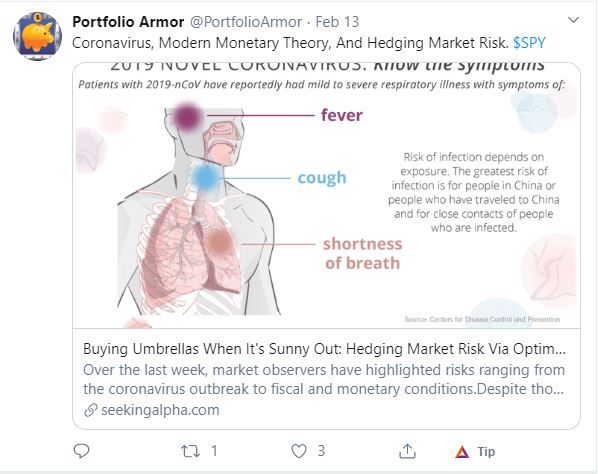 Now? Lol. On February 24th, these were the optimal puts to hedge SPY against a >20% decline over the next ~6 months. The annualized cost was 2.48% of position value. 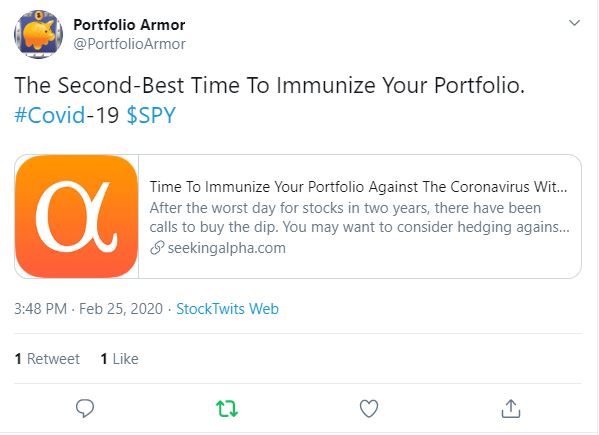 Flash forward to Monday, the worst day for stocks since 1987 (the second worst day was what, last Wednesday?). The SPY hedge with the same parameters now has an annualized cost of 22.17% of position value. This kind of hedge will be a little cheaper on the next dead-cat bounce, but not by much. It's too late to hedge this way. 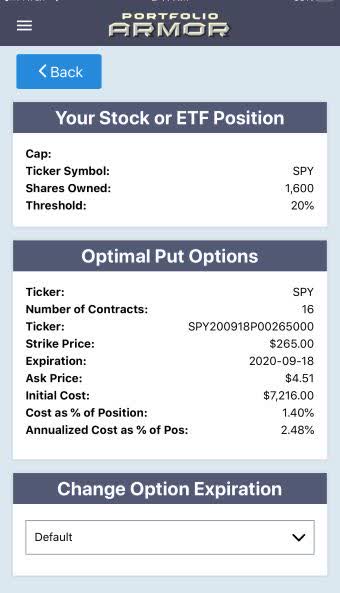 What You Can Do Now

As I mentioned in an email earlier this month ("Shifting Away From Stocks"), as the correction (now, bear market) has continued Portfolio Armor's top names have become less correlated with stocks. At the time I wrote that, the latest top names cohort had a beta of 0.8; the beta of the top names cohort from last Friday (pictured below) was -0.33.

On Monday, those top names were up, as you can see below. 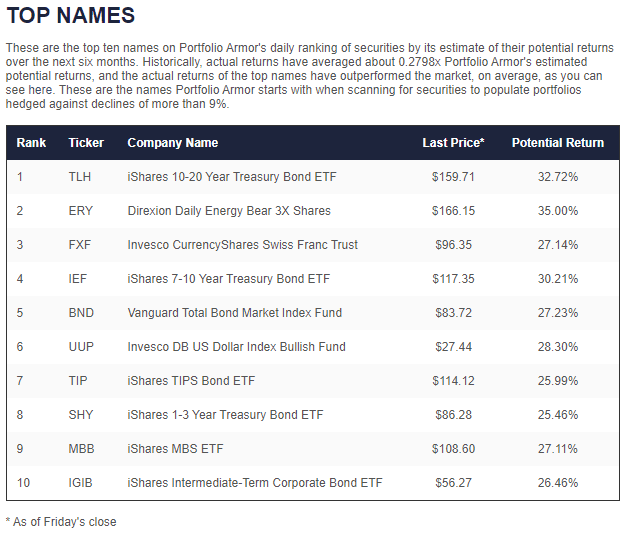 A Note of Caution

The best performing top name from Friday was the triple-leveraged, bearish energy ETF, ERY. I wouldn't buy something like this without hedging. The good news though, is that there have been some very attractive optimal collars on the leveraged inverse ETFs that appear in this ranking; for example, on Friday, it was possible to hedge ERY in such a way that your maximum upside was 3x that of your maximum decline, thanks to a large net credit. Good luck, and may this plague pass us by soon.