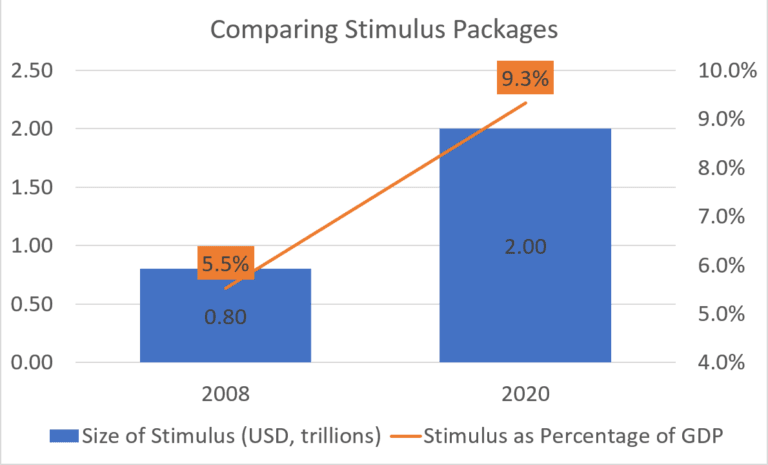 Representation Of The Stimulus Package To The GDP

“It’s meaningful to compare the size of the economy in Q4 2007 (before the Great Recession) to that in Q4 2019 (the last data point we have before what will surely be a technical recession).  U.S. GDP ended 2007 at $14.48 trillion, with the stimulus package representing about 5.5%.  GDP ended 2019 at $21.43 trillion, with the proposed stimulus package representing about 9.3%.  Therefore, on a percentage basis, it’s almost double the package from 12 years ago.” 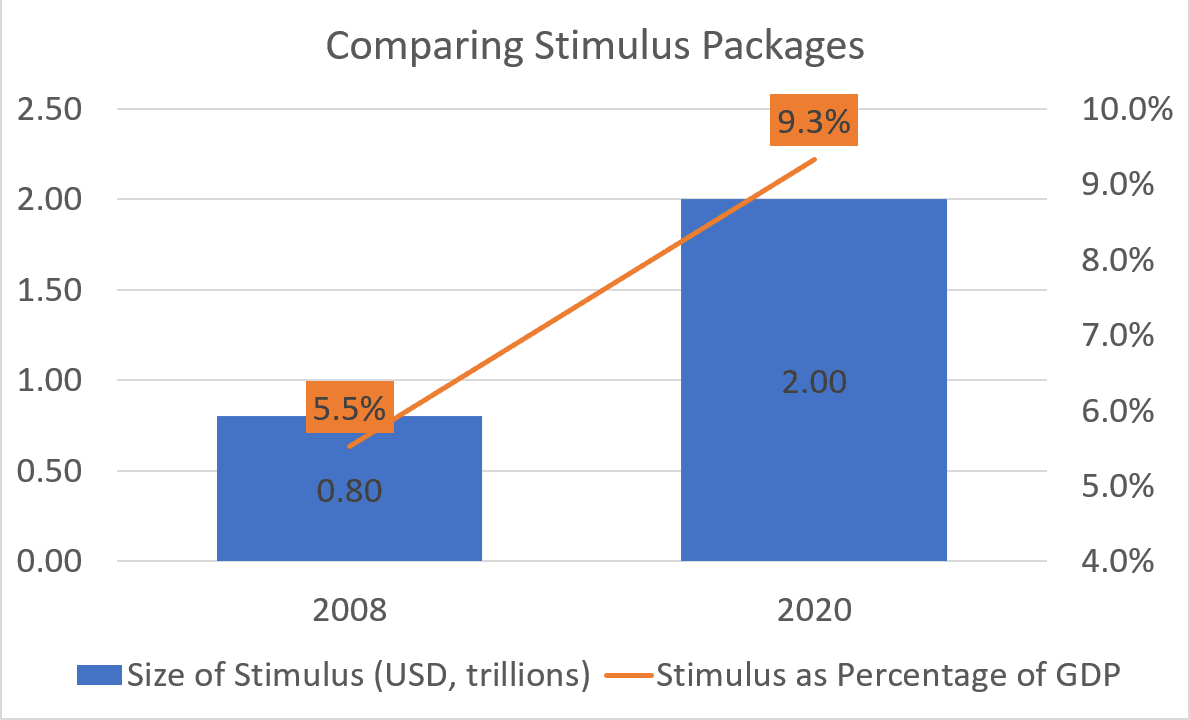 “We know from historical business cycle episodes that monetary policy and fiscal policy work best when they work together.  With administered interest rates at the zero bound and historic large-scale asset purchases (to say nothing of liquidity provisions), the Fed has both feet on the accelerator.  The fiscal package should be a considerable multiplier, especially the roughly $450 billion to be allocated to the Exchange Stabilization Fund.  The Treasury Department can use this Fund to further safeguard the Federal Reserve’s unprecedented efforts to prop up various credit markets (e.g., corporate bonds, mortgage-backed securities, municipal bonds, commercial paper).  With the ESF backing, the Fed could provide as much as 10x the leverage, potentially buying upwards of $4 trillion in financial assets.

Of course, these programs do not come without a cost and while a topic for the markets to consider at a much later date, the fiscal stimulus package will increase the national debt by nearly 8%. We were already staring down the barrel of larger annual deficits and a rising debt-to-GDP ratio.  So even after COVID-19 fades from the public’s consciousness, there will be negative residual effects in the form of higher debt-servicing costs for the U.S. government."