ValueWalk
Home Business How will the global economy react to a lockdown?

The coronavirus epidemic has plunged the world economy and financial markets into unchartered territory. The first consequence of this lack of visibility is that, at this stage, we do not know how the situation will evolve. The second is that, in the face of so many unknowns, the best way to deal with the situation is to de-risk our portfolios. These two elements, uncertainty and deleveraging, explain why last week was one of the worst that financial markets have ever experienced, as illustrated by the level reached by the VIX (75), not seen since October 2008. In our view, this crisis poses three challenges: economic, political and geopolitical. With the return of borders, are we going back to black? 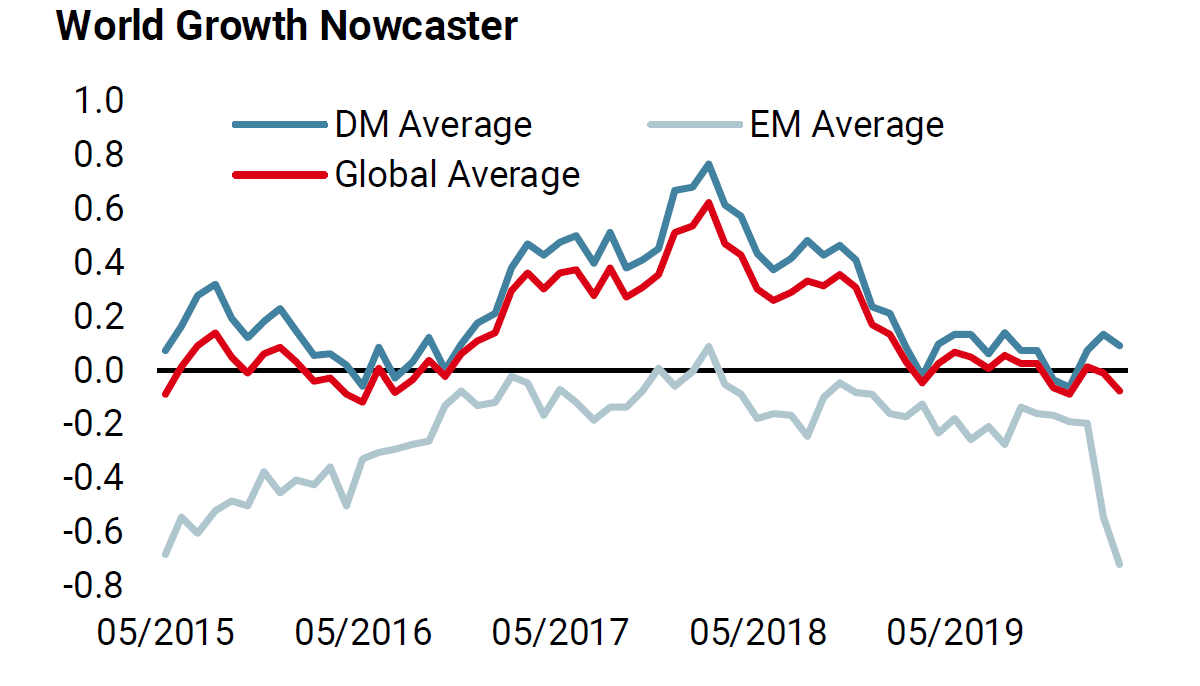 Generally, macroeconomic recession, market correction and systemic liquidity risk are distinct, separated in time and in their causal relationship. The current context is exceptional because these three phases are occurring simultaneously and interacting on a larger scale than in previous episodes. The 2020 crisis is therefore distinct from the many economic and financial shocks that we have experienced since the 1990s. Firstly, the world economy is currently affected by an exogenous shock that no one controls, unlike the supply or demand shocks that triggered recessions in the past. Second, the ammunition available to counter the epidemic and its negative effects on the economy is more limited than in the past as interest rates are already low, the balance sheets of central banks are already used and sovereign debt ratios are already high. Thirdly, leverage in the economy could prove to be much higher than in 2008 after years of accommodative monetary policy which pushed the realised volatility of financial assets and macroeconomic variables to extremely low levels. Finally, never before in economic history has the world been so interdependent and connected. This situation has two effects: it accentuates the scale of crises and limits the effect of isolated decisions. We need the most synchronized policy mix response possible, but with the return of frontiers and the ability to isolate; but is this possible and will it be sufficient to avoid a global and lasting recession?

Economic shock will be bigger than expected

Economically, the longer the epidemic lasts, the more extensive the containment measures, and the more recessive the shock will be. To date, the consensus is that the shock will be violent but temporary. The impact could be two quarters of economic contraction with a drop in GDP of between 2% and 3%, depending on the area. These estimates are based on the assumption that only a few weeks of confinement will be necessary to combat the exponential slope of the virus propagation, and that the return to normal will be achieved quickly and efficiently.

Historically, such a problem was localised to an area or a country and then spread according to its weight in the global economy. Thus, during the last economic crisis of 2008, emerging economies were less impacted because they were less linked to the American real estate markets and because respective financial systems were less integrated. However, the present case is unprecedented because the marked slowdown in activity is taking place globally and concurrently due to the lockdown and quarantine measures applied in key countries. This instantaneous, global and interconnected nature of the current situation is more akin to a war situation with activity limited to its minimum than to a normal economic slowdown, as we have known them in the past. But, unlike periods of war or after a Katarina-type climatic event (2005, which cost 0.7% of GDP), there will be no reconstruction effect to boost activity after the quarantine period.

In addition, the tightening of financial conditions due to the increase in credit spreads and volatility will amplify the negative effects. Our estimates, based on the assumption of four to six weeks of lockdown in Europe and the US, lead to 2020 growth of -1% in Europe and 0% in the US. Given the low level of growth observed before the Covid-19 crisis, any adverse shock would plunge the global economy into a challenging situation and reveal any underlying weaknesses. As highlighted by Eichengreen in several of his analyses on emerging crises, the weaker the country in terms of financial stability, external balance and macroeconomic fundamentals, the larger the negative impact. Although market pricing has started to reflect that with the widening in sovereign debt spreads observed last week, mainly in more fragile peripheral European sovereigns, we are far from levels seen in the previous period. As an illustration, liquidity risk has risen with the jump in interbank spreads, but it is still below 2011 levels. 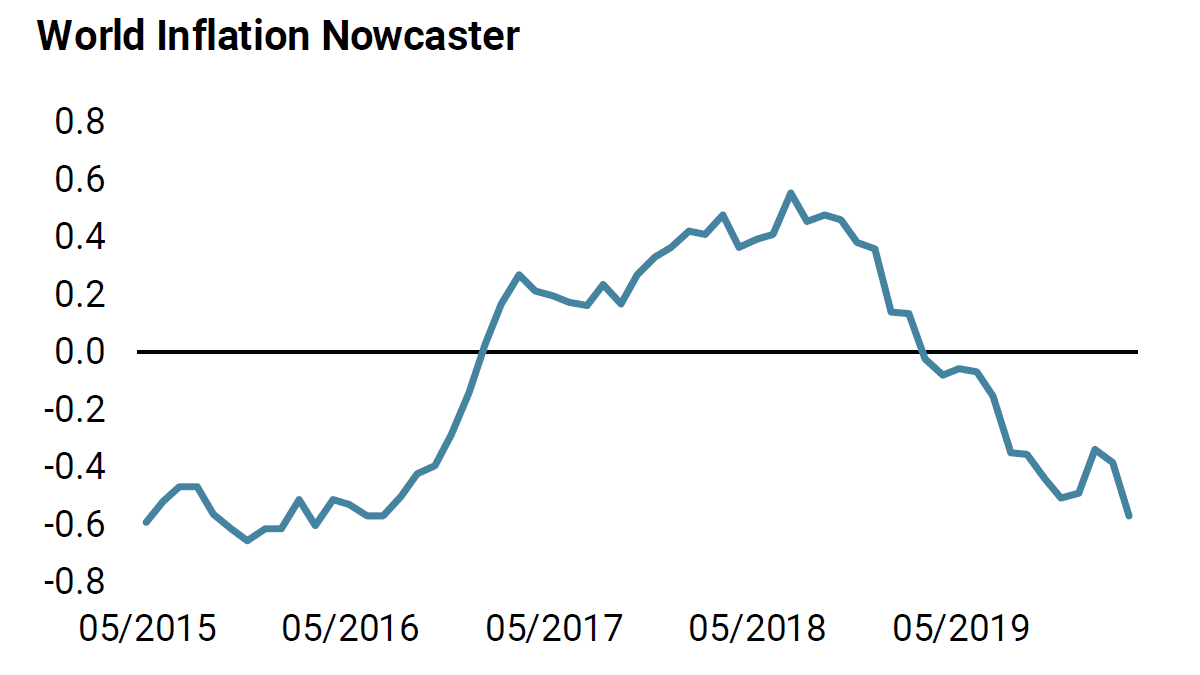 The response from central banks and governments has been significant. Indeed, most central banks have lowered their interest rates, reactivated quantitative easing and supported interbank financing in the past two weeks. Some central banks still have some ammunition left to use their balance sheets more broadly to target certain assets, as they did in 2008. However, the ammunition available in 2020 seems more limited and its effectiveness could prove to be weaker. More importantly, central bank credibility could be challenged. For the first time since their introduction, these extraordinary monetary measures have not helped to stem the distrust of the financial markets. Equity markets fell after the Fed cut rates despite inter-meeting moves (two week ago and last Sunday) and the resumption of asset purchase programmes by the ECB and the Fed. The situation seems even more constrained on the fiscal side as debt and deficit levels are already extremely significant. The reaction of the bond market following the various announcements of fiscal stimulus underlines the possibility that credit risk could resurface soon: French and German 10-year yields increased by 30bps and 15bps respectively last week, even though the Eurostoxx 600 lost 13% over the period. We have not observed such correlations since the financial crisis in peripheral countries in 2011.

The Return Of Borders vs Coordination

The current world economy has been built on globalisation, based on the mobility of capital, then labour, and, in the digital age, data. Technological progress has made this mobility ever faster. The current crisis could call these founding elements into question. Supply chain risk has been underestimated, as well as its consequences in terms of a possible domino effect. The irony of the current situation is that China, the origin of the crisis, could stabilise the situation in the coming weeks but, in a world of closed economies, the expected recovery would be weaker than expected, creating a new form of spillover effect. As a result, the return of borders and the reduction of mobility could generate geopolitical effects that are still unknown and give rise to a new model of growth, less integrated, less global and less interdependent. With any major change, as highlighted by Schumpeter, creative destruction generateswinners and losers. Countries, sectors and assets linked to global trade could be challenged in the future. The current oil price war between producer countries is a perfect illustration of how a potential change in growth model could cause significant geopolitical tensions. In addition, quarantine measures, if they were to be tightened, would be a real challenge for democracies. How ready is the Western world to give up these individual freedoms to maintain social stability? Here again, expectations could be disappointed as crisis management in China and South Korea are used as examples to forecast the length and scale of the crisis. 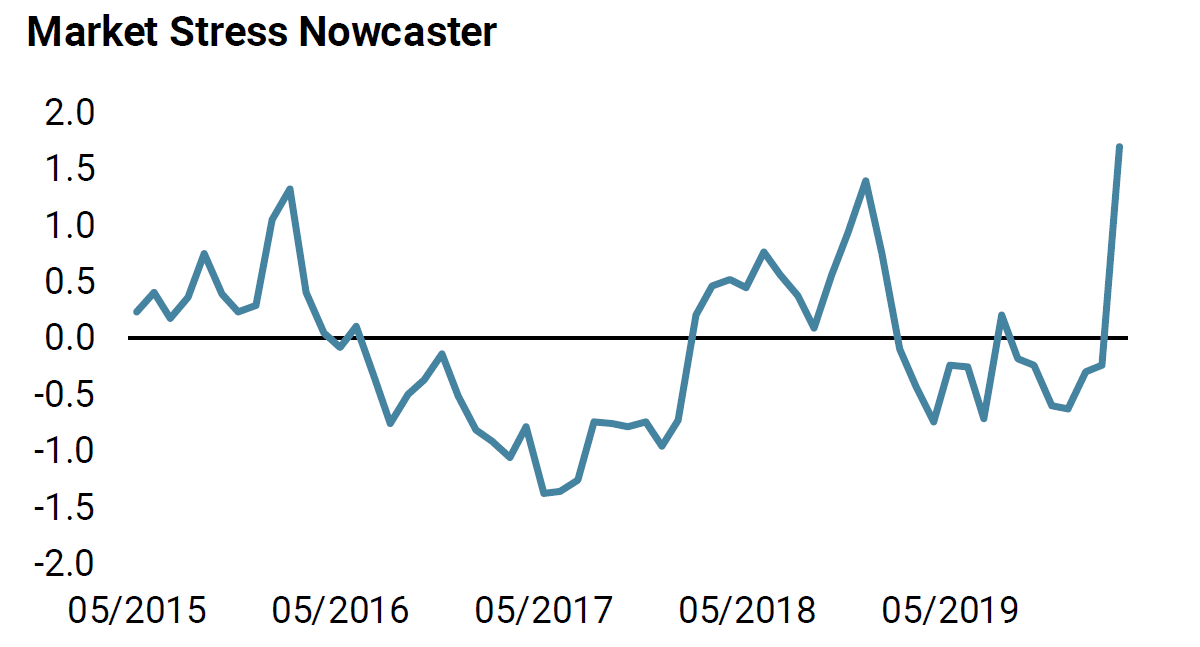 In such a context of total uncertainty and extreme volatility, our positioning has evolved materially since the end of February. We now expect uncertainty around the Covid-19 situation to remain with us for some time and to push the global economy into recession. That is why we have adopted a defensive stance in our portfolio in order to limit our downside participation if markets continue to decline further. As observed in 2008, risky assets could jump significantly following announcements from the G7 or central banks. Indeed, the S&P 500 jumped by 13% in October 2008 following the TARP measures. The market declined by 30% thereafter, touching its bottom four months later. In our view, we have not yet seen the end of de-risking, which usually starts with liquid assets and then continues with less liquid ones. Analysts are still expecting positive earnings growth in equity markets, which should be revised significantly downward into negative territory. P/E ratios are still high on an historical basis and will decline in line with past episodes of recession pricing. More importantly, no macro data for the developed economies involved in this fast-moving situation have been released yet. Consumer confidence in the US, released last Friday, was up as was the number for the US labour market in February. Weakness in macroeconomic data should be evident in two weeks in the ISM and PMI indices, and we know all what the direction of the change will be. What could prevent this scenario from lasting? A global fiscal stimulus implemented at a global level and funded by central banks to prevent sovereign bond yields from spiking. Did someone say “Global Helicopter Money”?