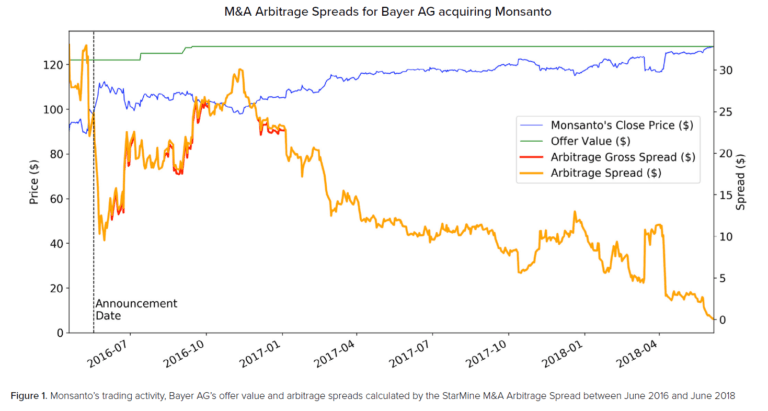 Merger arbitrage is an investment strategy that invests in securities involved in mergers and acquisitions (M&A). Once an M&A deal is announced, the arbitrageur assembles information on the deal and evaluates the risk of the transaction. Due to the uncertainty of the deal outcome, the stock of the company being acquired is generally traded at a discount to the per share offer value. Depending on the form of payment in an M&A transaction, the arbitrageur usually purchases the shares of the company being acquired and sells short the shares of the acquiring company.

If the deal is successfully completed, the arbitrageur will make a profit by receiving the spread between their purchased price of the target company and the price at which the firm is merged. If the merger fails, the arbitrageur will usually incur a loss. Researchers such as Karolyi and Shannon (1999), Baker and Savasoglu (2002) and Jindra and Walking (2004) report significant excess returns related to the merger arbitrage strategy.

Below are two examples of how the StarMine M&A Arbitrage Spread provides arbitrage spreads.

On February 24, 2017, MacDonald, Dettwiler and Associates Ltd. (MDA) announced their intention to acquire DigitalGlobe for US$17.50 per share in cash and 0.3132 shares of MDA in exchange for every common share of DigitalGlobe.

The StarMine M&A Arbitrage Spread converts MDA’s closing share prices on the Toronto Stock Exchange (TSX) from Canadian Dollar to U.S. Dollar, combines the value of the stock and cash offers and generates arbitrage gross spreads in U.S. Dollar. While the deal was pending, MDA announced to pay a cash dividend of CAD$0.37 with an ex-dividend date of March 13, 2017. Thus, the arbitrage spread tool estimates the planned dividends that the arbitrageur’s short position is going to cost and then subtracts these dividends in the calculation of final arbitrage spreads in U.S. Dollar and percentage.

Table 1 below displays the arbitrage spreads that the M&A Arbitrage Spread computes for three example dates when the deal is pending.

The StarMine M&A Arbitrage Spread tracks the evolution of this transaction and provides the arbitrage spreads from 30 days prior to the deal announcement up to the completion date. Figure 1 below illustrates the trend of arbitrage spread related to this acquisition. 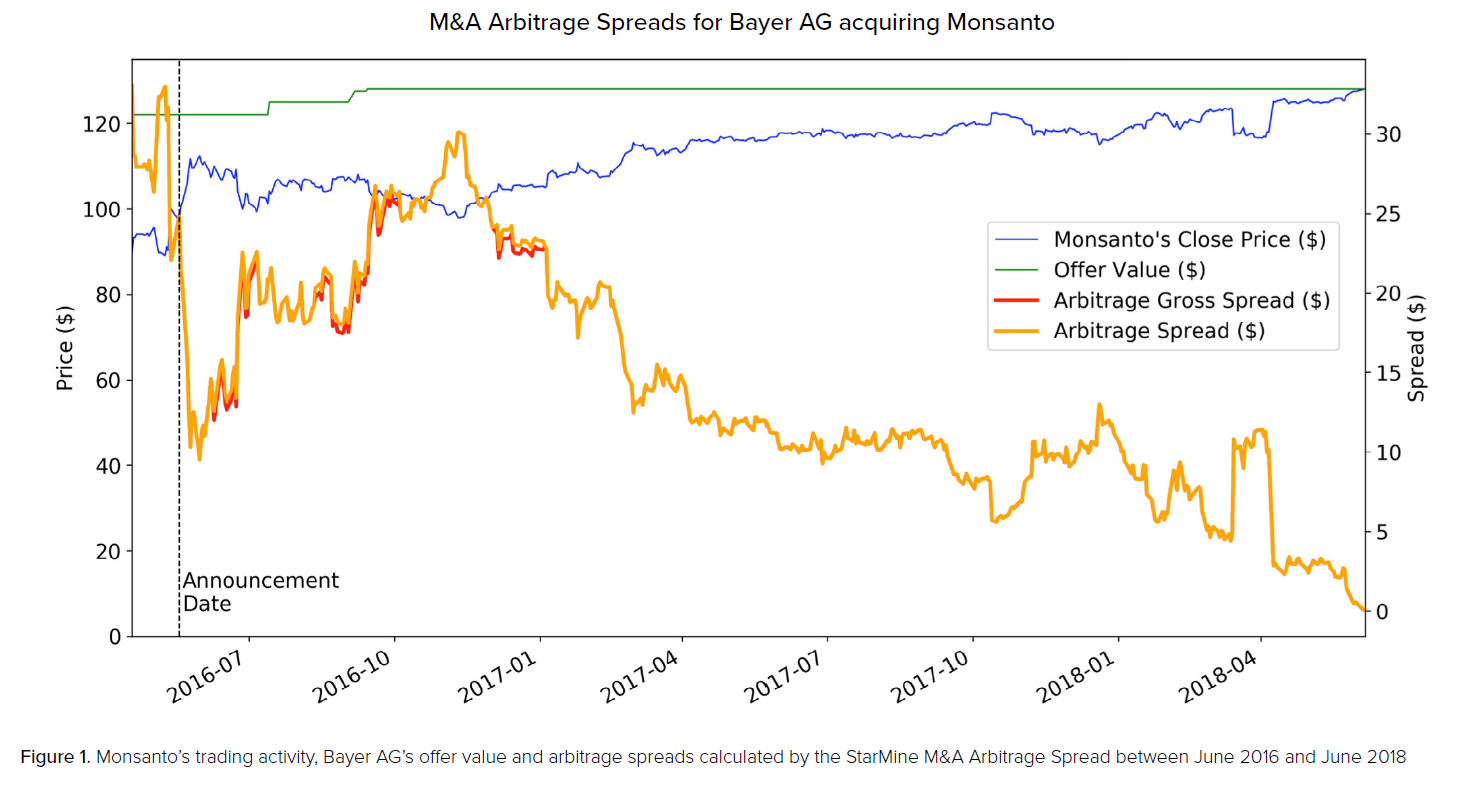