ValueWalk
Home Business The Expansion Is Set To End 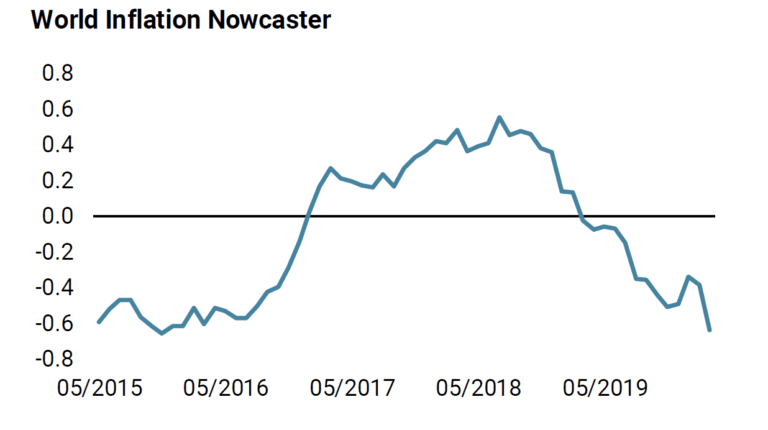 The current shock that the investment world is facing has three unique features: it is exogenous, it will likely be temporary, and its effect on the real economy is extremely uncertain. In spite of the significant sell-off of most growth-oriented assets since mid-February, we are concerned there is further downside ahead. The global economy is on track to contract significantly this quarter, enough to end the ten-plus years of expansion following the GFC. The violent market action should not be understated, but the underlying cause – an accelerating pandemic requiring large parts of the economy to shut down – is still with us. Fiscal and monetary support and stimulus will help to alleviate and smooth the effects, but they are not a panacea for the difficulties ahead for the real economy and markets. 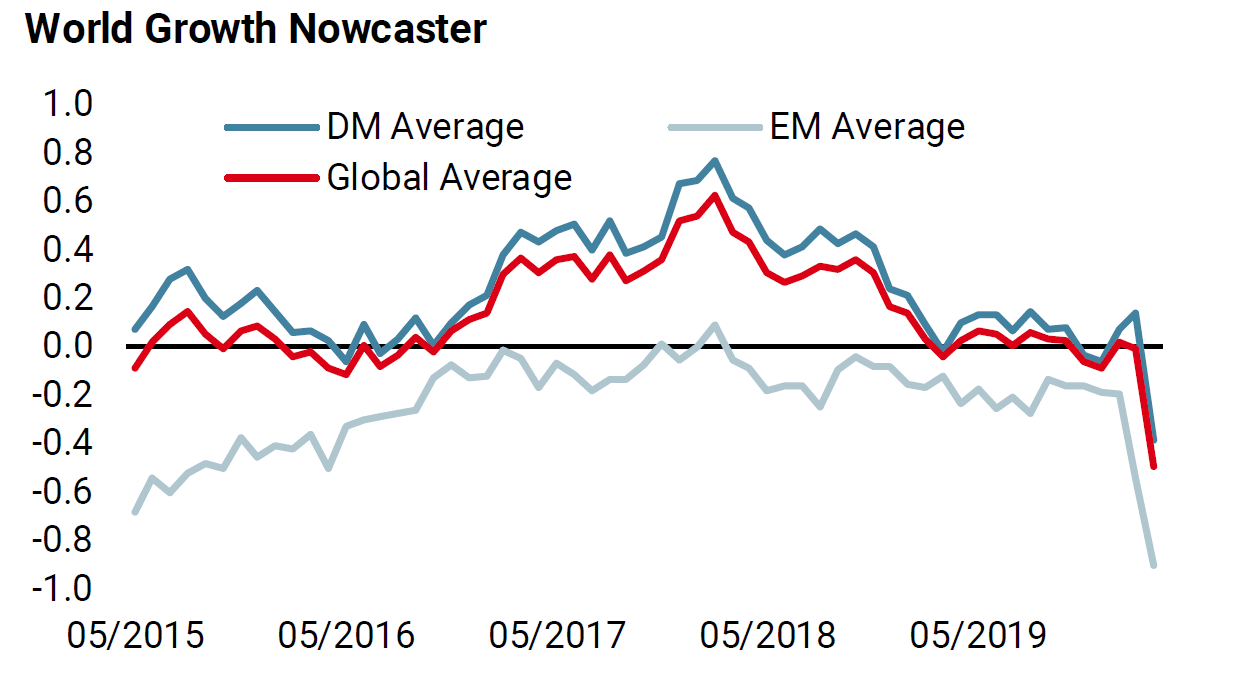 Estimating The Impact Of Quarantines

To understand the likely impact on the economy, we considered a model for a flu pandemic developed in the epidemiological literature (Health Outcomes and Costs of Community Mitigation Strategies for an Influenza Pandemic in the United States, Perlroth et. al., Clin. Inf. Dis. 2010 Jan 15;50(2):165-74). By looking at the decomposition of the US and Eurozone GDP and using a consumption-cut quarantine scenario, we can estimate the impact of the current social distancing measures on these two major economies. In quarterly terms, a quarantine that would last for two months (as in China), with 90% of the population complying and cutting consumption by 70%, would result in a -5% (qoq) growth shock. This would bring 2020 US growth to -2.9% and Eurozone growth to -3.6% (yoy), accounting for growth normalisation in the second half of the year. Thus, according to our core scenario, 2020 should see the first global recession since the Great Financial Crisis. This scenario assumes that the quarantine will have a limited impact on financial services, insurance, utilities and healthcare services, and leaves 20% of usual energy consumption. If the current shock is not temporary, investments will decline and lead to a more severe and longer-lasting scenario. In such a case, the -5% estimate could become as much as -8%, the largest macro shock ever seen for such a short period. 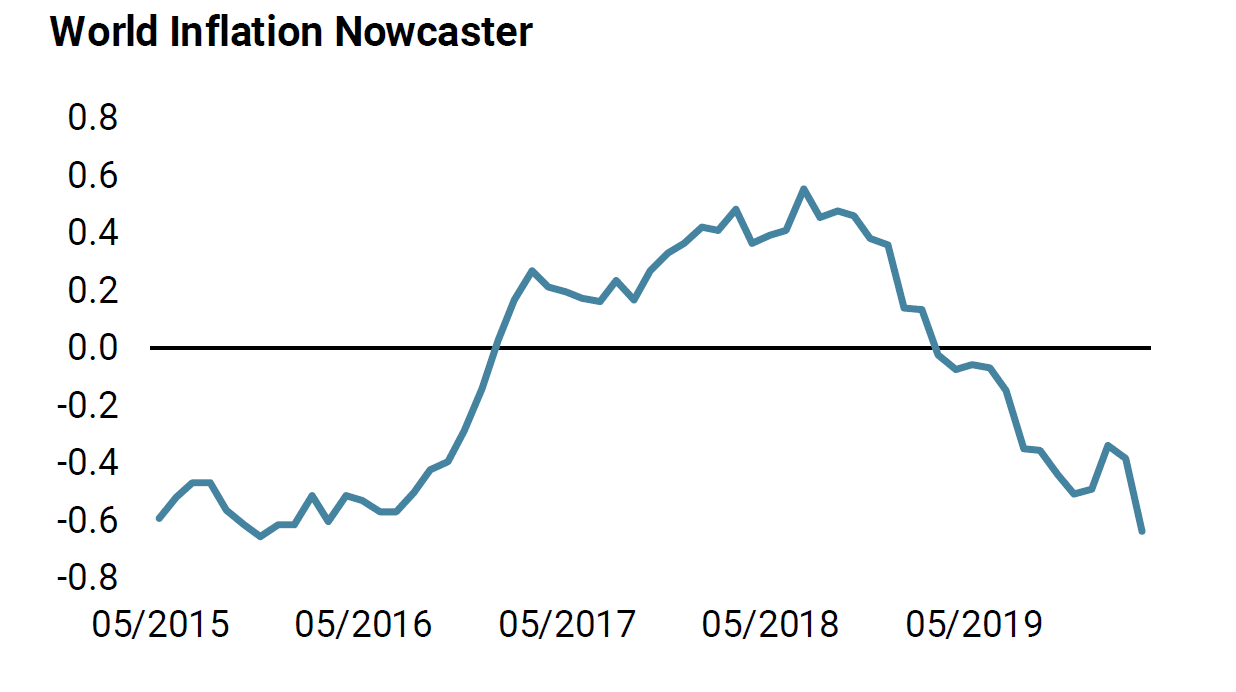 Even With Monetary Support The Deterioration In Macro Data Is Alarming

It began earlier this month with the publication of China’s Manufacturing PMI, which undershot dour expectations on its way to hitting its lowest level in fifteen years. Two weeks ago, the Philadelphia Fed’s business outlook survey plunged to levels last seen in 2011 and 2015, periods of significant slowdown in the US. This past week started with the European Commission’s consumer confidence survey reaching the lows it hit in 2011, the peak of the Eurozone sovereign debt crisis.

The middle of the week brought the German Ifo business climate index, which hit its lowest levels since July 2009, lower than worrisome market expectations. Then, on Thursday, we got from the US an initial jobless claims number of 3.3m (seasonally adjusted), a 33 standard deviation move from the historical mean, well past the consensus expectation of 1.7m. This macro data is not just disappointing, it is alarming. And while we still expect the slowdown to be temporary, the degree of the deterioration suggests that the risks to the economy are strongly titled to the downside, especially since the US is still relatively early in its response to the virus. Our Growth Nowcaster has plunged precipitously as well on the back of this data and now signals that we are at a high risk of currently being in a recession. 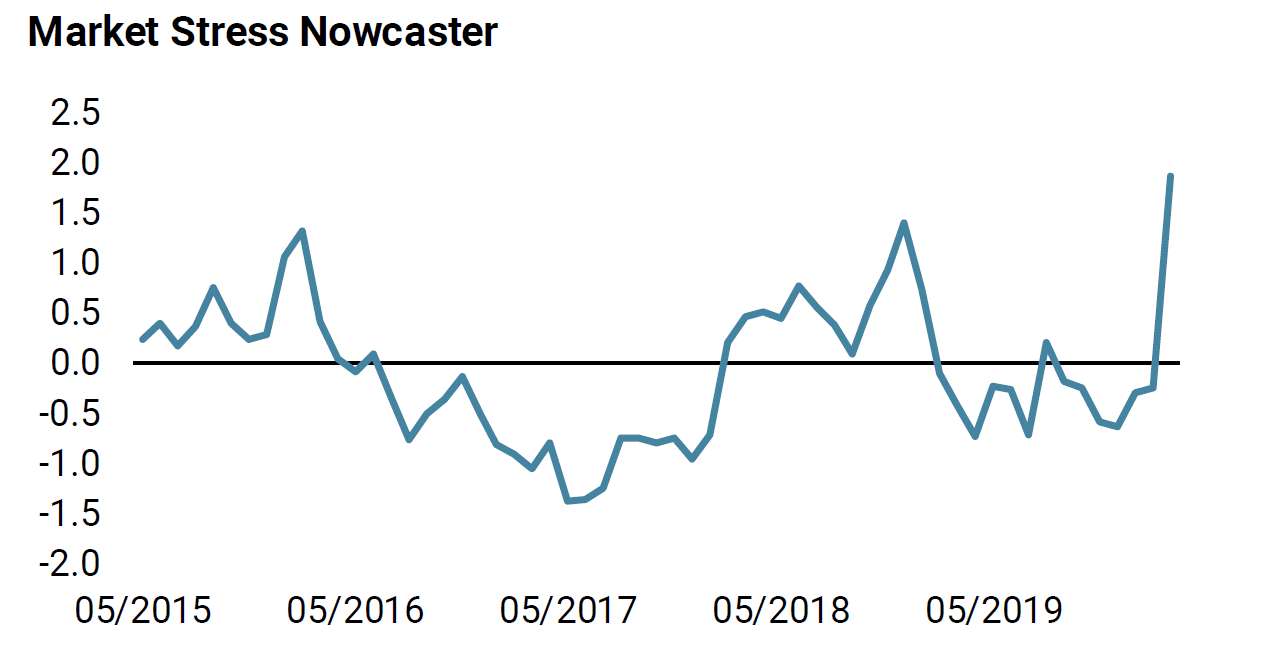 Additional Monetary Support: Bad News Is Good News, But Only For So Long

This bad (horrendous may be more apt) news prompted additional global fiscal and monetary support, especially in the US where a USD 2tn stimulus package was signed into law and the Fed made clear they are ready to use as many levers as possible at their disposal. Combined with very negative investor sentiment, cleaner positioning, and valuation opportunities, growth-oriented assets rallied: the MSCI All Country index was up 10% on the week, while the Barclays US Corporate Bond index was up over 5%. However, at this point, the rally looks to us like a technical one and should therefore be short-lived. Macro conditions are still not favourable despite the large fiscal and monetary action, and the uncertainty introduced by the virus persists. Interestingly, while the VIX index fell nearly 14% over the week, it remains elevated at 65.5. For context, the VIX has an historical beta of approximately -3 to the S&P 500, implying a 30% drop against the S&P 500’s 10.3% rebound last week.

In our view, this reflects an environment that remains challenging for risky assets. And while one of three triggers we have identified as necessary to re-enter the market has been hit (fiscal/monetary policy support), the other two (improving health conditions and pricing of a significant recession in markets) are still missing. This motivates our view to remain defensive and look for only the most appealing of opportunities that would directly benefit from fiscal and monetary support (e.g., US investment grade credit on the back of the Fed’s corporate bond purchasing program). Finally, we are closely monitoring liquidity in financial markets as a cash squeeze could trigger another major downturn in markets.