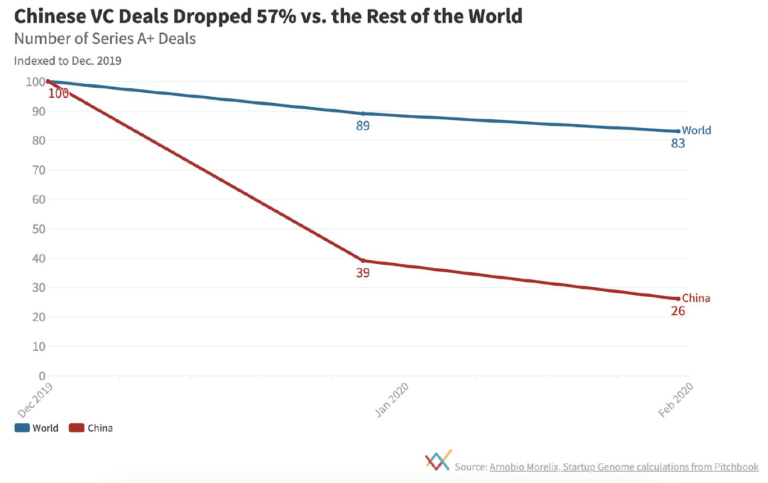 As our world is shaken in the most dramatic way imaginable, it is time for our global startup community to get closer, support, and learn from each other. Some of us remember the crash of 1987, the dot-com bubble burst of 2000-2001, and the 2007 financial crisis. With COVID-19, not only is the economic crisis sudden, the human impact is also horrific. To better understand the impact of this crisis on global startup ecosystems and to help founders and policymakers get through the storm, Startup Genome is launching the COVID-19 and Global Startup Ecosystems Series, of which this is our first installment, as well as a Global Policy Database for governments to learn from each others’ initiatives.

In this report, the key findings are:

To continue Startup Genome’s mission of supporting startup success globally, we are closely monitoring the situation and what it means for founders and ecosystems. We are reshaping our global knowledge network with our Members across 25 countries to collect public and private policies being enacted and will be sharing them through a series of articles, posts and/or knowledge platforms. You can sign up to get in the loop on future installments and initiatives coming from this series here. Learn more and get connected at startupgenome.com.

Arnobio is a Silicon Valley-based executive leading a global team researching and advising governments and private organizations across 35 countries to help them boost their economies through entrepreneurship. Previously, he worked at Kauffman Foundation, where he created the Growth Entrepreneurship Index and the Main Street Entrepreneurship Index, hailed as the “bible of entrepreneurship trends” by The Huffington Post and used by senators, governors, city leaders, Fortune 500 companies, and the White House. Founder and CEO of Startup Genome

Silicon Valley serial entrepreneur and Founder & CEO of Startup Genome. He is the world’s leading voice in innovation ecosystem development, having advised—and learned from—more than 100 government and private-public partnerships leading ecosystem development across 35 countries. He also is an active angel investor and previously worked in tech strategy and corporate innovation, advising IBM, Cisco, Agilent/HP, J&J, Abbott and others, for the firm of Kim Clark (former dean of Harvard Business School) alongside Clayton Christensen and other thought leaders. Harvard MBA.