ValueWalk
Home Business Australia’s economy is depleting -here is why 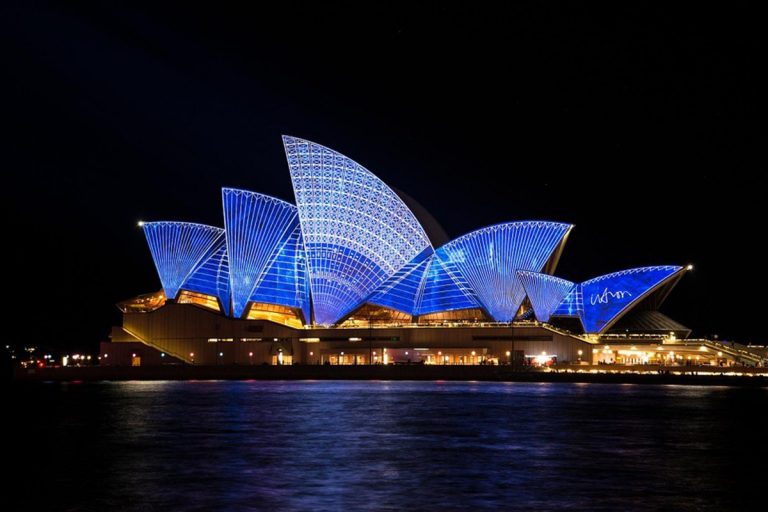 Australia is one of the world’s richest nations. It has some of the world’s most liveable cities, a thriving cultural scene, and a good educational system. The country’s gross domestic product at purchasing power parity (GDP PPP) per capita was over $53,000 in 2019 according to the International Monetary Fund (IMF), listing it above nations like the United Kingdom, France, Belgium, Finland, and New Zealand. Australia’s economy is some of the most advanced globally.

Over 70% of its GDP is generated through the service industry along with the majority of employees in the area. Due to its high quality of life and a comprehensive welfare system, the migration flows have been visible in the country over the past few decades. Foreign investments are also enormous, as Asian and Middle-Eastern nations have a great interest in Australia.

What is wrong with Australia's economy?

However, things are changing fast for Australia and its economy. Many doubt that the country is experiencing one of the worst economic turmoils in modern history. The most recent economic outlook report by the Reserve Bank of Australia (RBA) suggests that there is not much to worry about. However, the report later also states “been revised a little lower in the near term to account for some effect from the recent bushfires and the coronavirus outbreak in China; beyond the near term, forecasts for growth are largely unchanged”.

What the national Reserve Bank calls ‘largely unchanged’ might be differently acknowledged elsewhere. Statements on economic outlook which are updated every three months have witnessed a continuously plummeting rate of economic growth for the years 2019 and 2020. For the 12 months period until December 2019, the May 2018 estimate for growth within the said period stood at 3.25%. In the more recent, February 2020 outlook, the number has been reduced to only 2%.

Moreover, the pace of economic growth is not the only concern many economists arise these days. The average wage growth across the nation is expected to be 2,2%, whereas inflation is set to be around 2% by the end of next year. When adjusted to inflation, real wage growth for employees nationwide is projected to be only 0,2% throughout the 12 month period until Jun 2020. With such numbers, the real income for households will potentially not grow at all or even fall below the current rate.

How did Australia get here - heavy dependency on China

The country established itself as one of the most influential and richest economies on earth. However, circumstances are not on Australia’s side. Being a commonwealth nation, it is extremely remote from every major economy, especially those of the ex British empire. This has taken away the opportunity for the country to establish stronger economic bonds with the commonwealth nations, including the United Kingdom.

As China surged to become the world’s second-biggest economy, Australia saw an opportunity to use its close proximity with the nation and develop trading relations with it. As a result, Australia now is the economy most heavily dependent on China in the world. A major boost for growth rates soon became the reason why Australia's economy is now rather unsustainable.

China is the biggest trading part of Australia. In the period of 2017-2018, the two-way trade between countries amounted to $194,6 billion. Out of this number, $120 billion accounts for the Australian exports to China, an astounding 30% of the entire export market of the country. For comparison, Australian export to the next 4 top markets, the United States, Japan, India, and South Korea within the same period totals at only $117 billion, still less than China.

Such a ratio is visible in other crucial industries as well, such as tourism. Chinese visitors spent more than $11 billion in the country in 2018, representing over a quarter of the entire tourism industry. Moreover, China dominates other Australian markets, such as transportation, education, and gambling. The betting industry is one of those on the rise in Australia. However, the dominance of China is still present in this field. Chinese are primary users of online roulette games Australia has to offer.

The educational system is one of the driving forces of Australia's economy. In fact, it is the second biggest single contributor to GDP after the exports of coal and iron ore at roughly 8 of the country’s exports. Higher educational institutions receive an increasing number of international students from around the world. Unsurprisingly, the majority of international students in every major Australian university are from China, bringing billions to the nation through tuition fees and other expenses.

With such a large dependency, Australia's economy is particularly fragile to political and economic turmoils in the region. The recent China-US trade war importantly affected the Australian economy. Now, the biggest threat is the spread of coronavirus. China, the biggest economic partner of Australia is the epicenter of the contagious virus. As the containing the outbreak still remains a challenge in Wuhan and elsewhere in China, Australia's economy is already receiving shockwaves. Markets in the country keep plummeting more than other major ones around the world due to Australia’s ties with China.

The need for a more sustainable Australian economy

The biggest exports in Australia are coal and iron ore. The total income from the exports of two exceeds $120 billion, more than 30% of all exports out of the nation. Such a high rate of fossil fuels in the total export amount is setting Australia behind in an attempt to reach the Paris Agreement goal by 2030. This was a reason for wide criticism of Australia within the OECD review. It is further threatening the economy in the long term, as renewables are starting to quickly replace fossil fuels globally. In the future, this might cause a major setback for the nation.

Moreover, the recent Australian wildfires had a tremendous impact on the country’s economy. Many criticized the government for not doing enough and failing to prevent the events.

How can Australia's economy set off for stable growth?

Unfortunately, this is a very difficult question to answer. Some say that increased government spending is crucial for Australia to recover, while others point towards austerity. However, one thing evident is that the fundamental change is needed as soon as possible to put the country back on track.