With Tax Day 2020 just over a month away, a new study a found that nearly a quarter of all Americans didn’t know Tax Day is April 15th! Lets take a look at the biggest tax procrastinators.

IPX 1031 recently surveyed 1,000 Americans to learn more about their tax filing habits. They also analyzed geo-targeted Google search data from all 50 states and the 30 largest cities in America to see which cities and states are the biggest tax procrastinators. Phrases and questions analyzed were related to filing taxes including: “can I file taxes late”, “I need a tax extension” and “last day to file taxes” as well as 50 other variations of those keywords and phrases.

Let’s take a deeper dive into the results. Apparently, states in the West like to take their time when it comes to filing their taxes. In fact, six states among the top 10 biggest tax procrastinators are all located in the West, including California (No. 1), Nevada (No. 2), Colorado (No. 4), Oregon (No. 5), Washington (No. 6) and Arizona (No. 9). 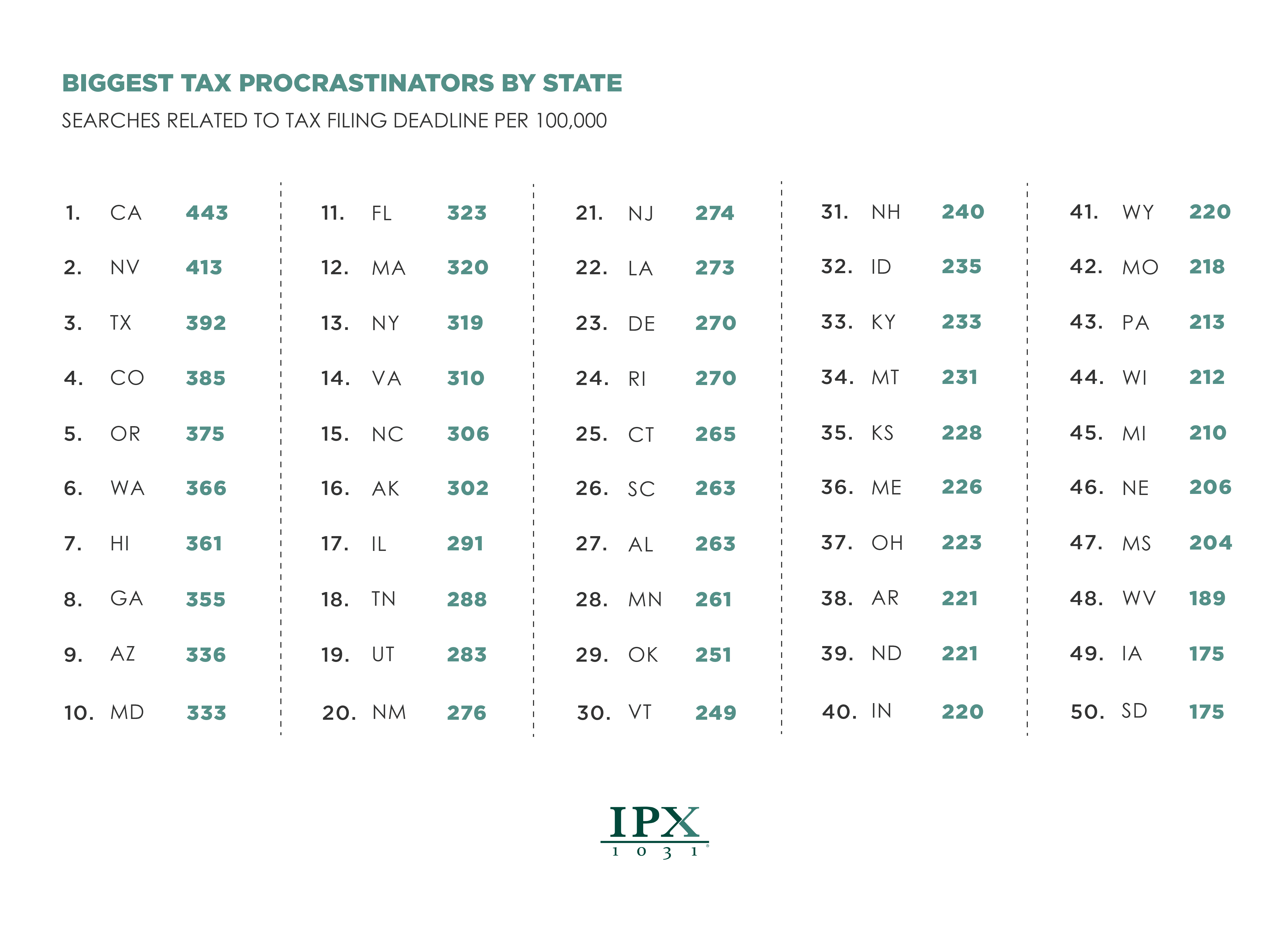 In terms of who procrastinates the least when it comes to filing their taxes? That honor goes to states in the Midwest portion of the country. Only one Midwest state ranks in the top 25 states on the list and 7 Midwest states rank the bottom 10 of all 50 states!

The study from IPX 1031 looked beyond just data on the state level, but also analyzed the top 30 largest cities in the US to see which cities are the worst when it comes to filing their taxes. Las Vegas topped the city list with Denver, Seattle, Washington, Portland, Austin, Baltimore, Dallas and Houston rounding out the top 10 cities who procrastinate their taxes the most. 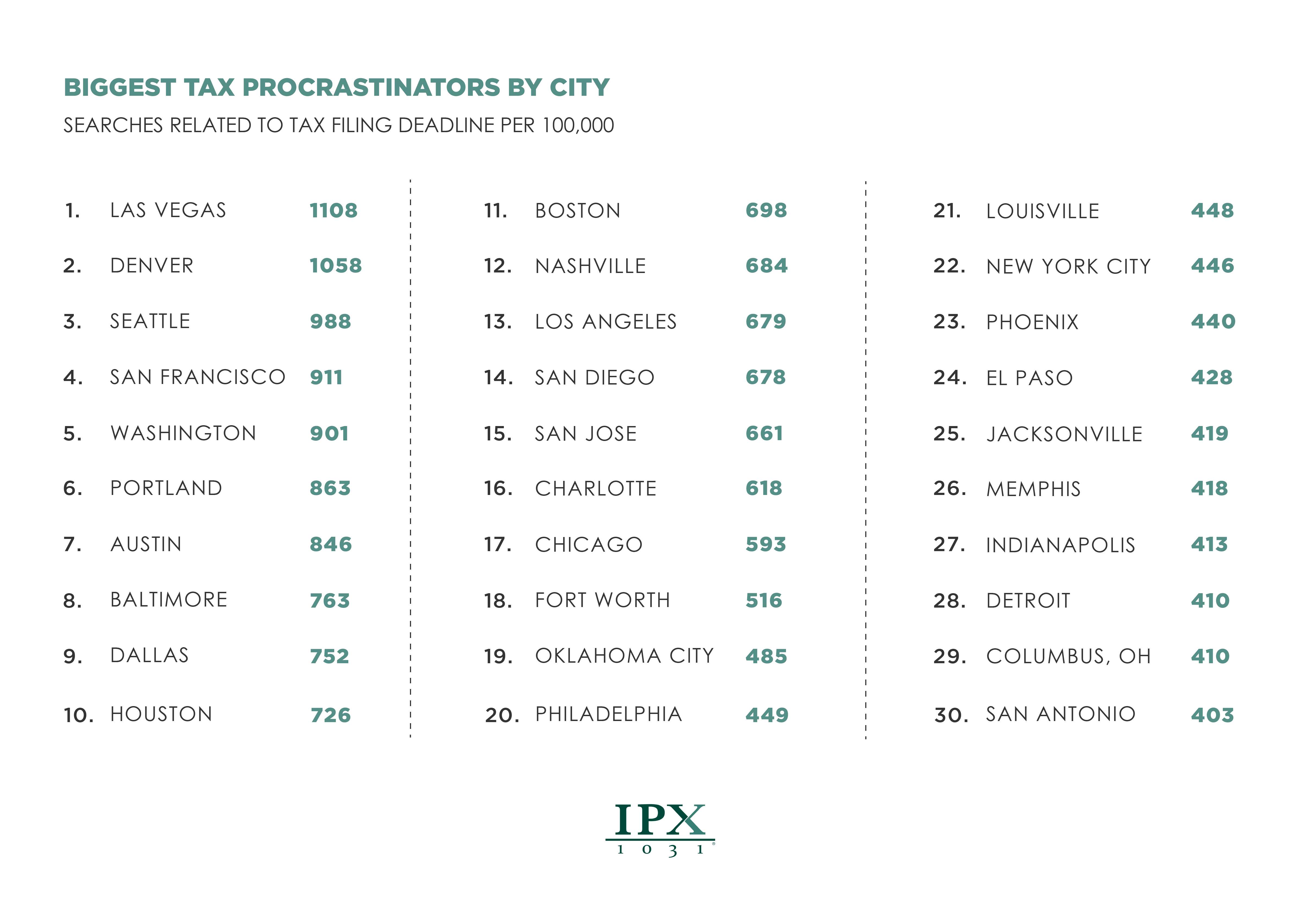 The study also examined the weeks where people are most likely to submit their tax returns using data directly from the IRS. In 2019, the IRS received the largest amount of tax returns during the week of Tax Day, (17,806,000 tax returns). The second most popular week to file taxes was the first week of tax season (16,035,000 tax returns). This data shows that people are either very eager to do their taxes as soon as possible or prone to waiting to the last possible minute to file.

The last part of the study was based around a survey of 1,000 Americans to see how much their expected return amount is on average as well as what people plan to use their tax refund on. This year Americans expect to receive an average tax refund of $1,982. The top ways Americans plan to use their refund include paying off debt (39%), saving (31%), investing (14%), vacation (8%), major purchases (4%) other (4%).

The full study results can be seen in the graphics below. 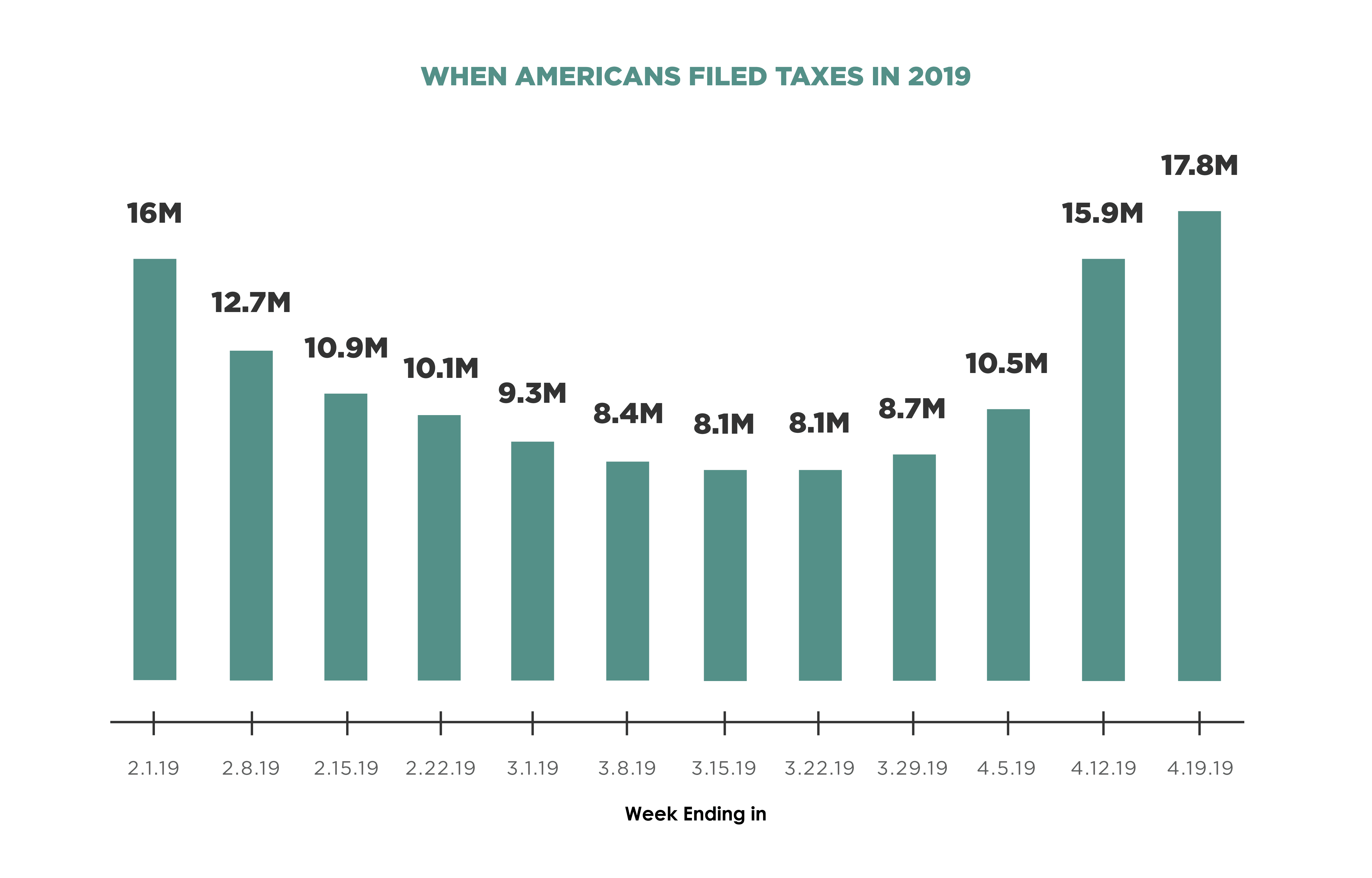