ValueWalk
Home Technology The states with the most number of robocalls

Robocalls are on the rise across the US. If you own a phone, there is a good chance that you’ve been subject to these robocalls on a semi-regular basis within the last year. Nearly half the calls made from US cell phones in 2019 were spam according to a report from the Federal Communications Commission.  Not only are these calls annoying, but many people are actually being scammed out of both money and their personal information by these automated callers.

Using data from the Federal Trade Commission’s National Not Call Registry, Provision Living analyzed robocall complaints in every state to identify which where robocalls are happening the most.  In the report they analyze which states had the most robocalls in 2019 as well as the states with the most robocalls since 2015. The analysis also looked at which demographics were hardest hit by robocalls. Let’s examine some of the takeaways from the study.

States With The Most Number Of Robocalls

In 2019, Colorado was the hardest-hit state in terms of receiving the most robocalls. Residents in the Rocky Mountain state filed 130,640 robocall complaints, or 2,403 robocalls per capita. Neighboring Arizona was No. 2 with 158,549 robocall complaints, or 2,328 per capita. Nationwide, robocalls have seen an average annual increase of 14% since 2015. During that same time, Indiana, North Dakota and Washington D.C. have increased more than double the national average at 35%, 33% and 27%, respectively. The state least hit by Robocalls in 2019 was Alaska.

States with the most automated calls Since 2015

The full analysis on the states hit hardest by Robocalls, can be seen in the graphics below. 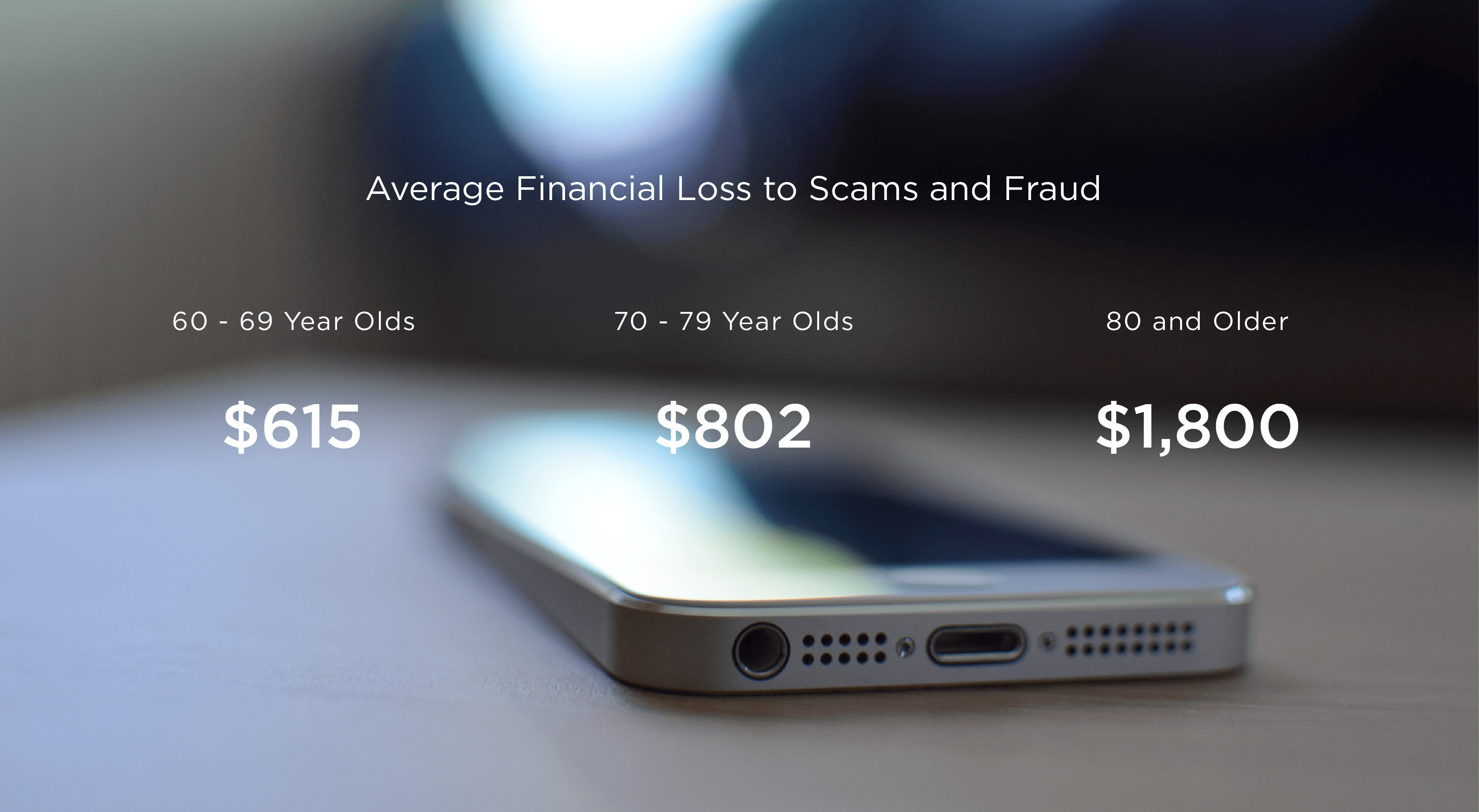 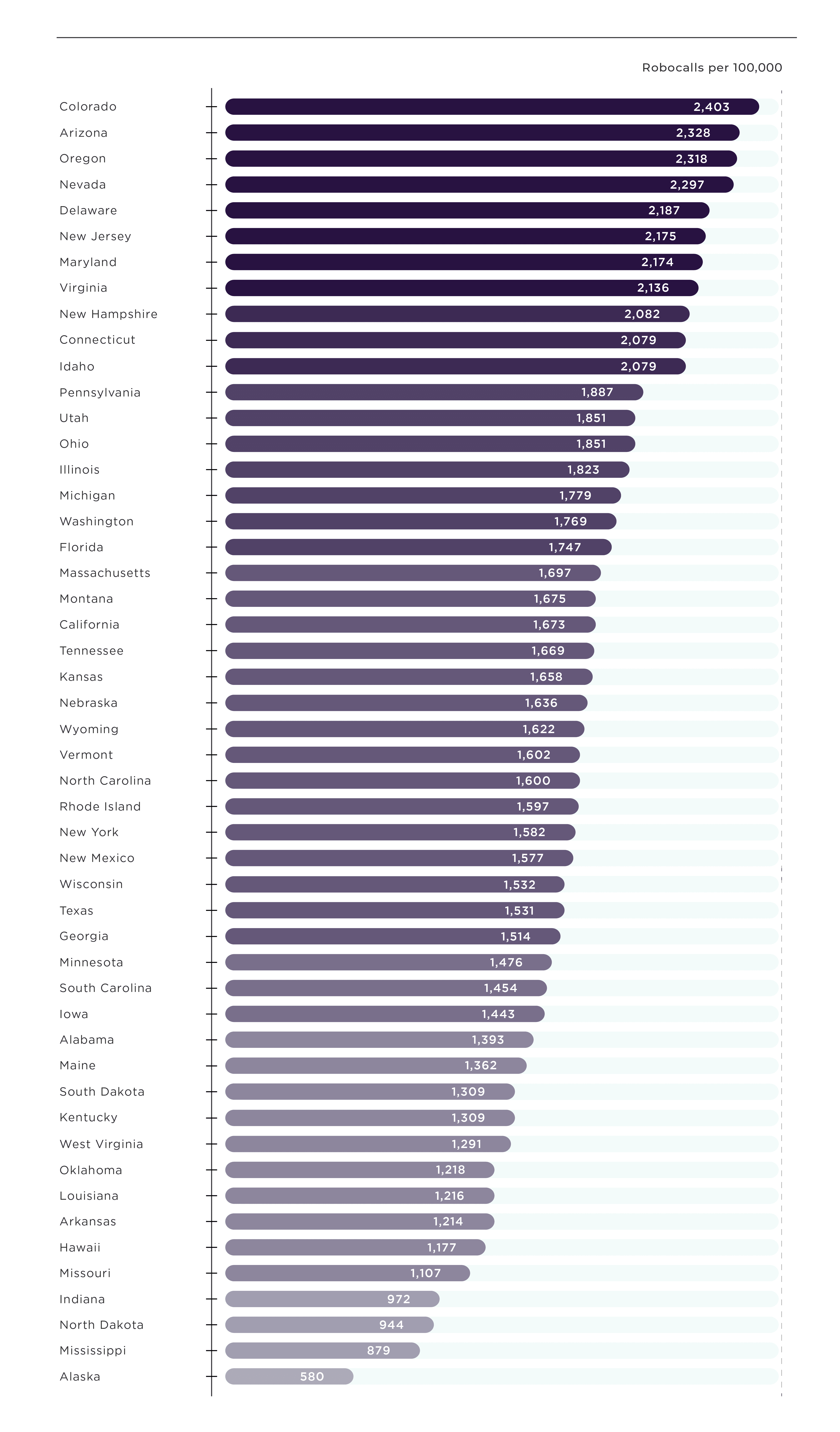 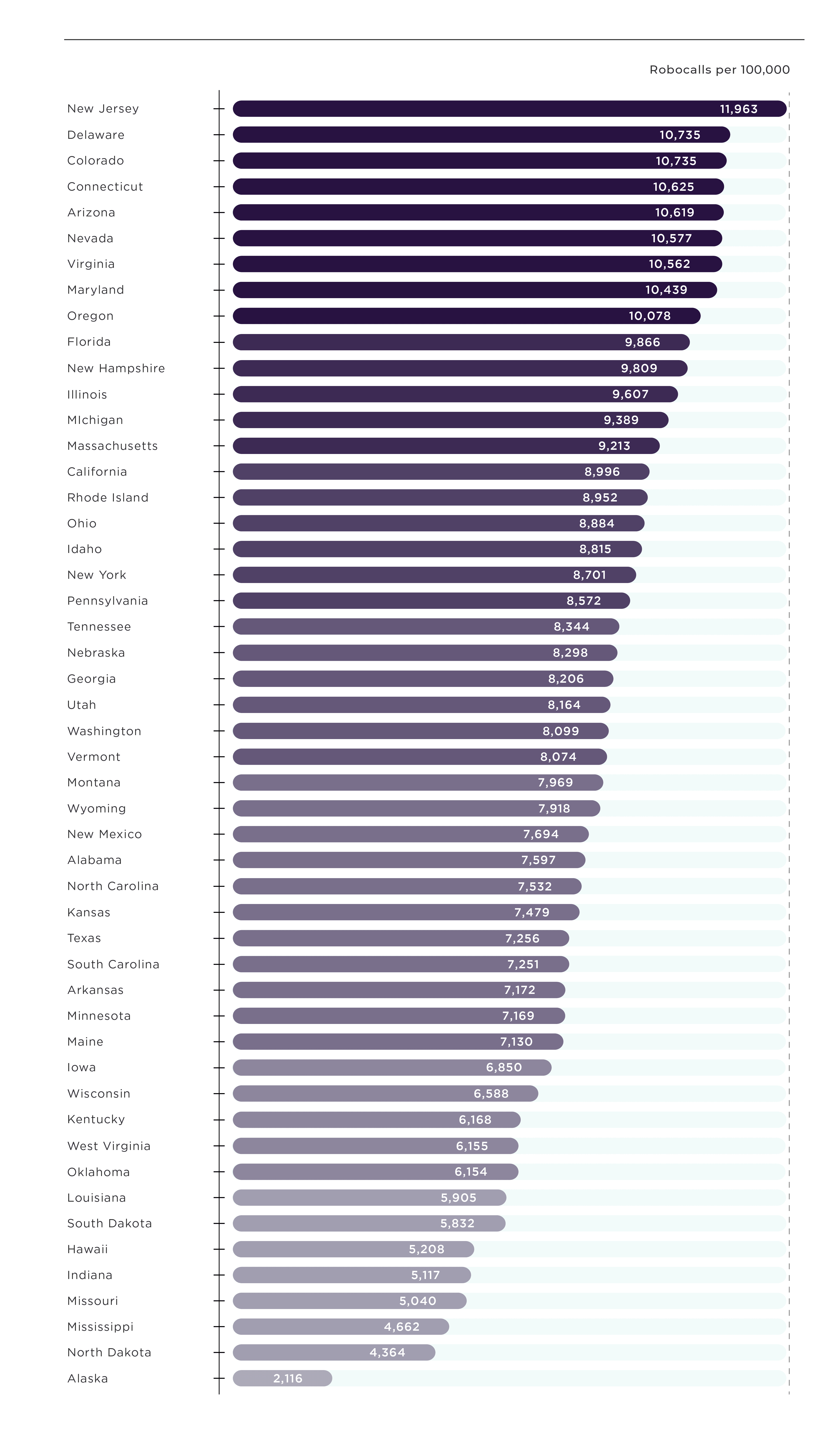