Today, people rely on reviews to make decisions. From choosing our next restaurant experience to confirming a product purchase is worth the money – your online reputation matters. It’s to be expected that potential employees will use the same research process before choosing their next job.

Fractl, a digital growth agency, surveyed 1,096 Americans who have left online reviews, positive or negative, about their former employers. According to the research, over 84% of people searching for a job look at online reviews, and 1 in 3 have turned down a job offer because of the reviews they read. 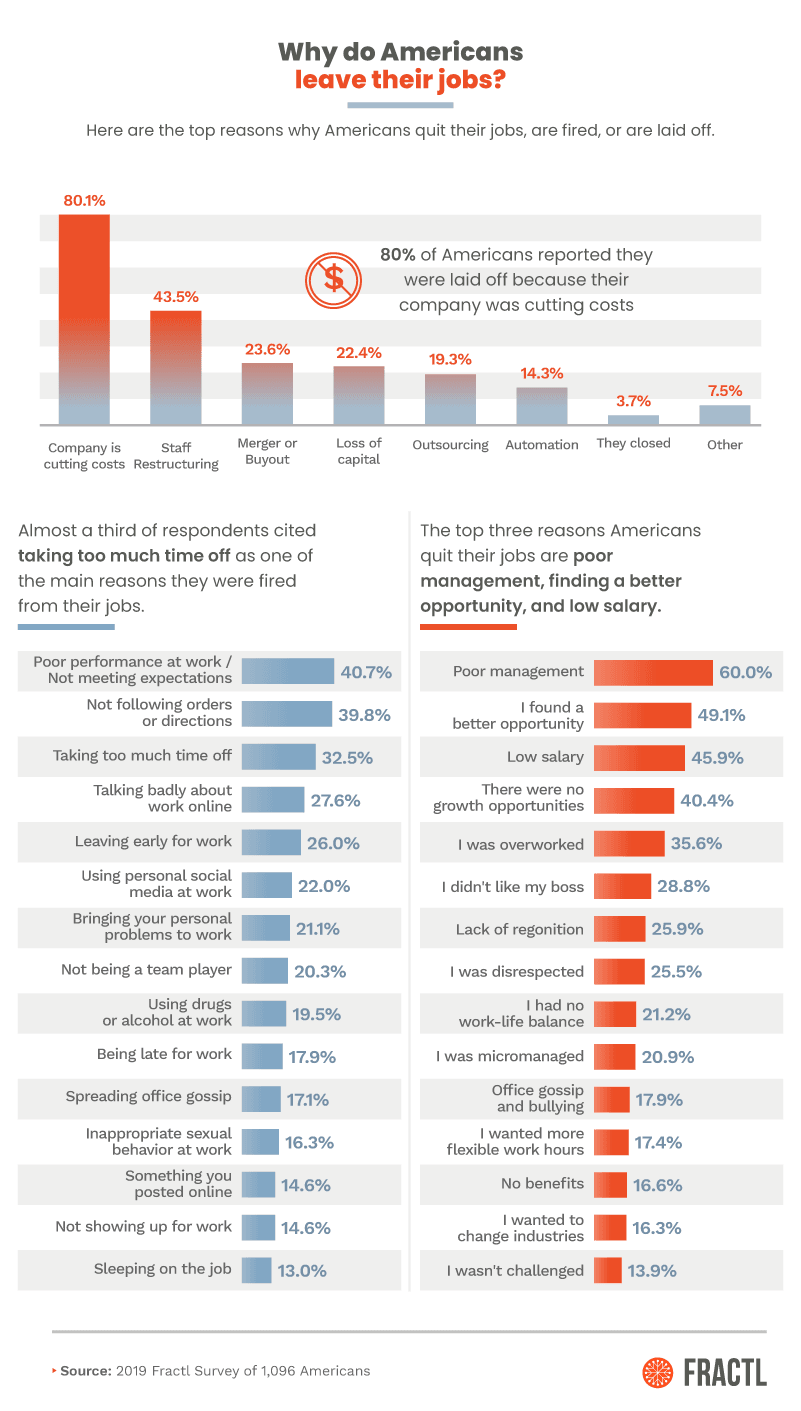 Most will only think to leave a review if they had a negative experience (40% leaving only one-star), with management practices, their bosses, and employee turnover as the most ridiculed aspects of a position. These ex-employees also claim to have no regrets about the reviews they leave, and some even wish they were more negative in their remarks.

This indicates that most people try to be honest and level-headed when submitting a report. In fact, only 10% claimed to “stretch the truth”. Upsettingly, though, those who did lie in their review, claim they did so in an attempt to damage their ex-employer’s reputation.

While sites like Glassdoor have an option to flag dishonest or inappropriate reviews for removal, they may still tarnish your reputation in the interim. According to Glassdoor’s FAQs, one of the best ways to mitigate the impact of a bad review is to respond to it. “We recommend that you reply to all of the reviews, both positive and negative. We’ve learned that our users have a more favorable impression of employers who take the time to respond to reviews on Glassdoor in a calm and thoughtful way.”

The positive news? Those who are leaving 1-star or 2-star online reviews have the shortest tenure. Meaning those who have been with your company for a longer period of time have the most positive things to say about their experience. As expected, those leaving a 5-star review are mostly in the Baby Boomer generation. In some cases, they are the employees who have spent a lifetime working for your company.

Thankfully, those teams who are prioritizing employee satisfaction, recognizing their employees for their work, and enforcing proper business practices have nothing to worry about. There’s also something to be said for addressing problems when they appear so you aren’t blind sighted by a bad review. Many of the issues recorded in the survey are avoidable, and being aware of repercussions of a negative employer review may be enough of a catalyst to face the holes in your business head-on. 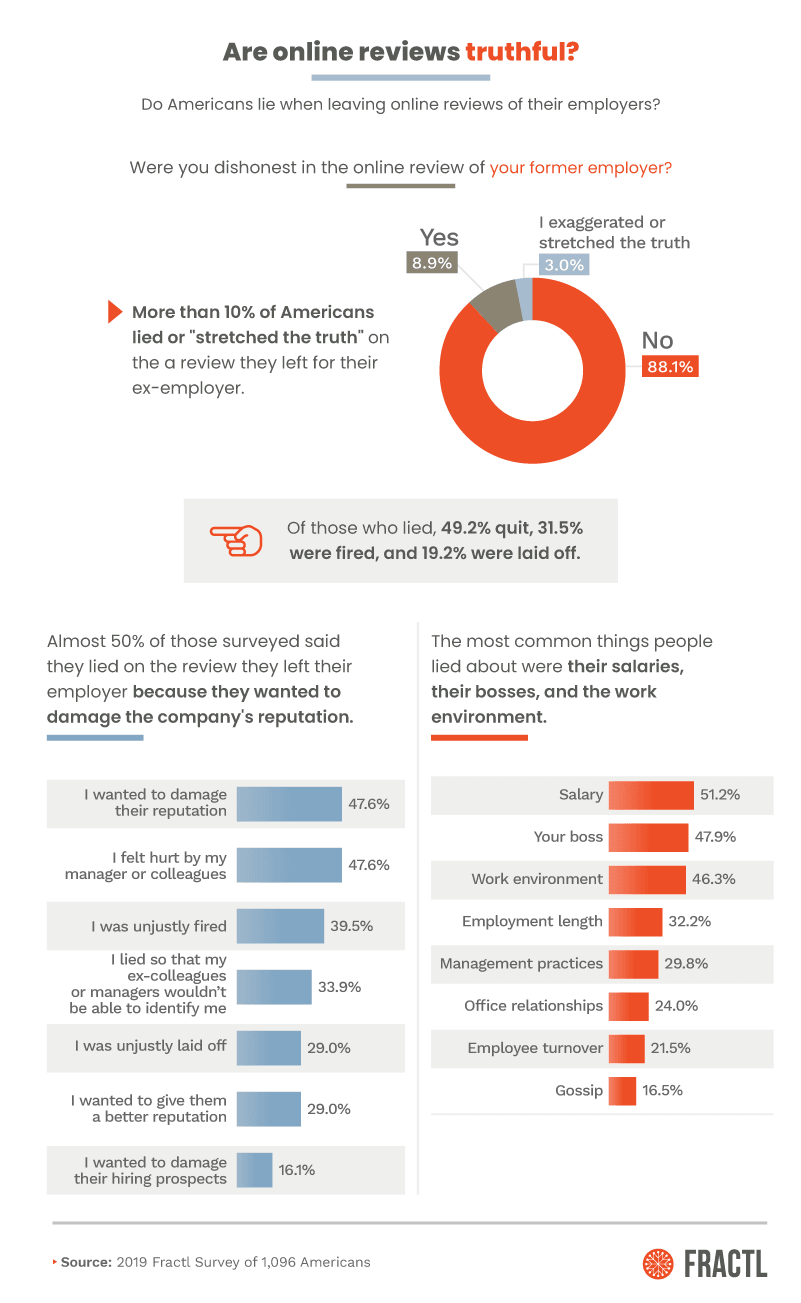 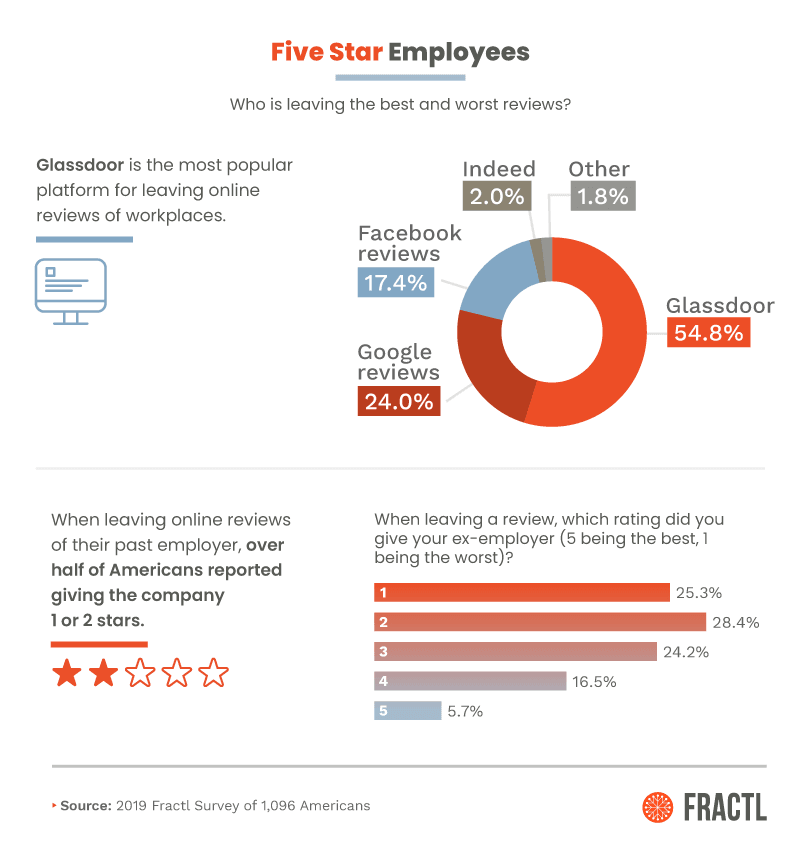 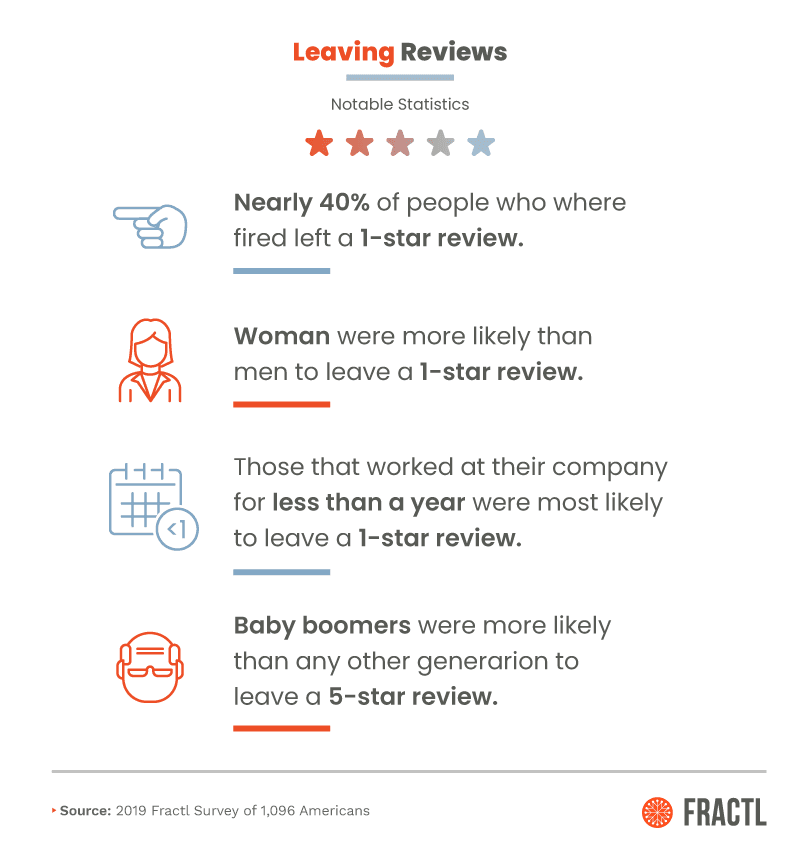 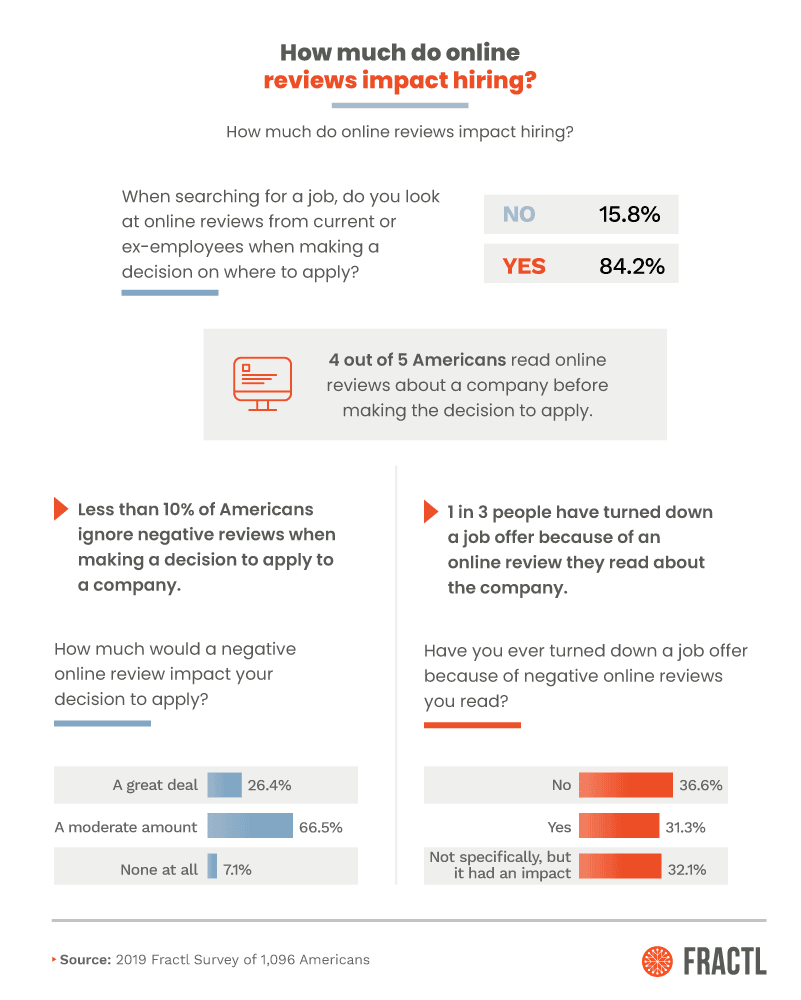