ValueWalk
Home Business Majority of Americans who make below $50k are not investing in the...

Survey: Unequal Access to the Stock Market Exacerbates U.S. Economic Inequality  Majority of Americans who make below $50k are not investing in the stock market and struggling to prepare for retirement 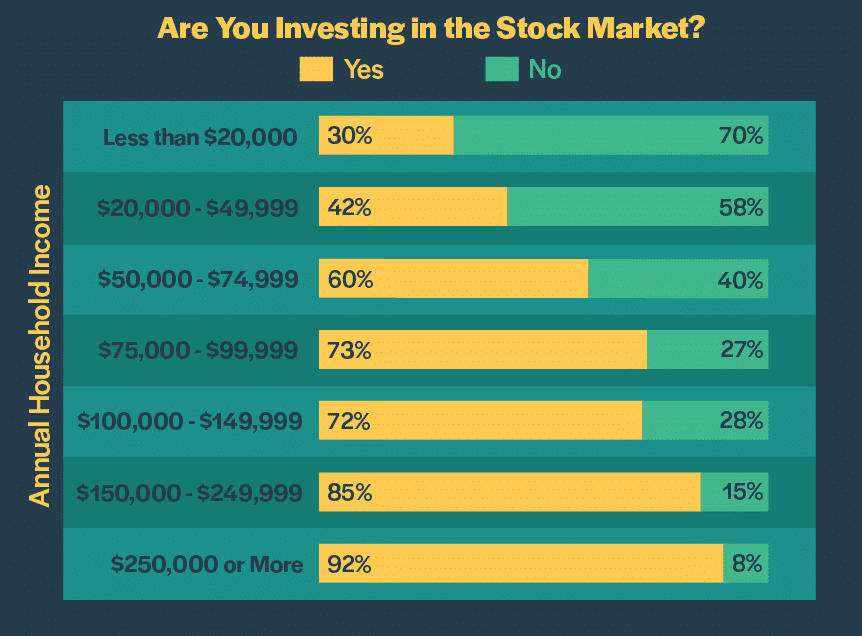 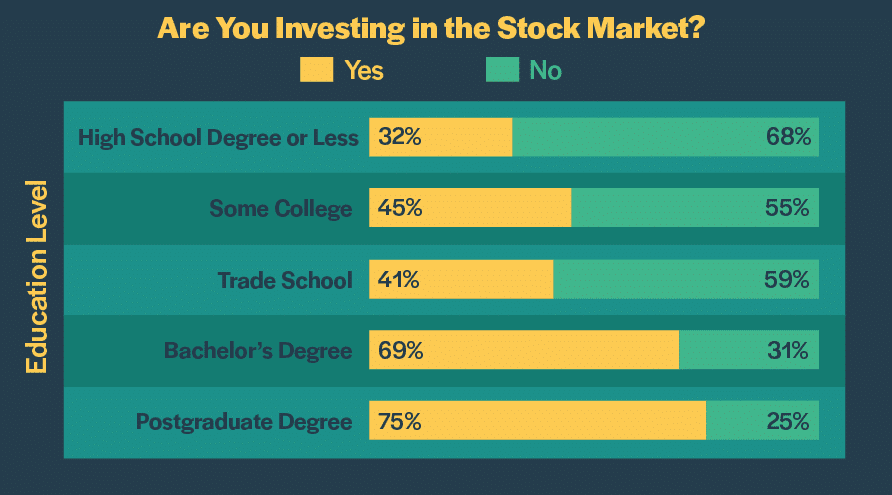 Los Angeles, CA — A new study from Money Crashers, the go to source for personal finance advice, examines the relationship between socioeconomic status, stock market investing and retirement preparation based on income and education levels. The results are somewhat stark.

According to the 2020 Wealth Gap and Investing Study, an overwhelming majority of high income earners (92%) and those with a postgraduate degree (75%) are investing in the stock market, while only 30% of those at lower income levels and 32% with a high school degree or less are investing. 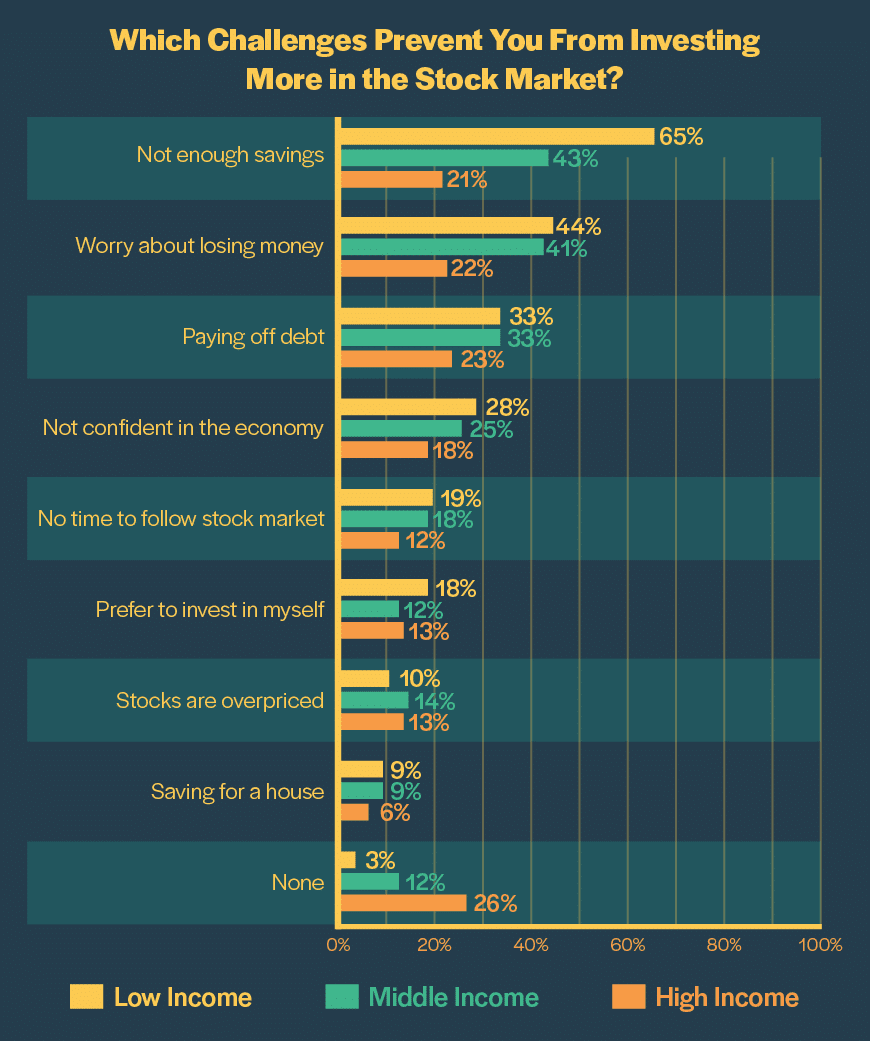 “The stock market is one of the greatest drivers of economic growth and wealth,” said Andrew Schrage, co-founder and CEO, Money Crashers. “What our findings demonstrate, however, is that the stock market only benefits those with a seat at the table. People who don’t invest are left behind, and the cycle repeats itself. As a result, there’s a large imbalance between those who will be able to retire securely and those who won’t.”

Investing in the stock market and inequality

Why is financial inequality rising? Money Crashers offers the following research and analysis of investing habits based on the socioeconomic factors of income and education levels: 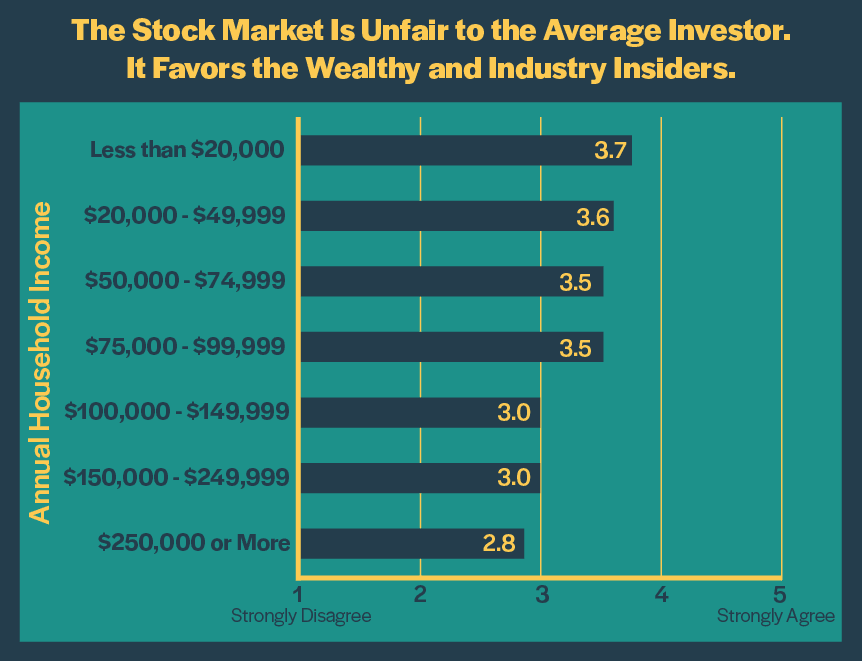 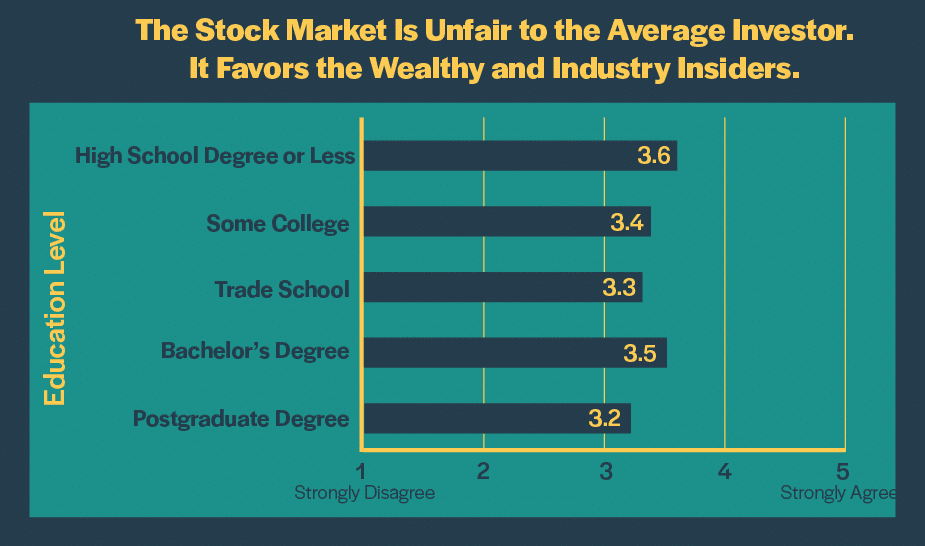 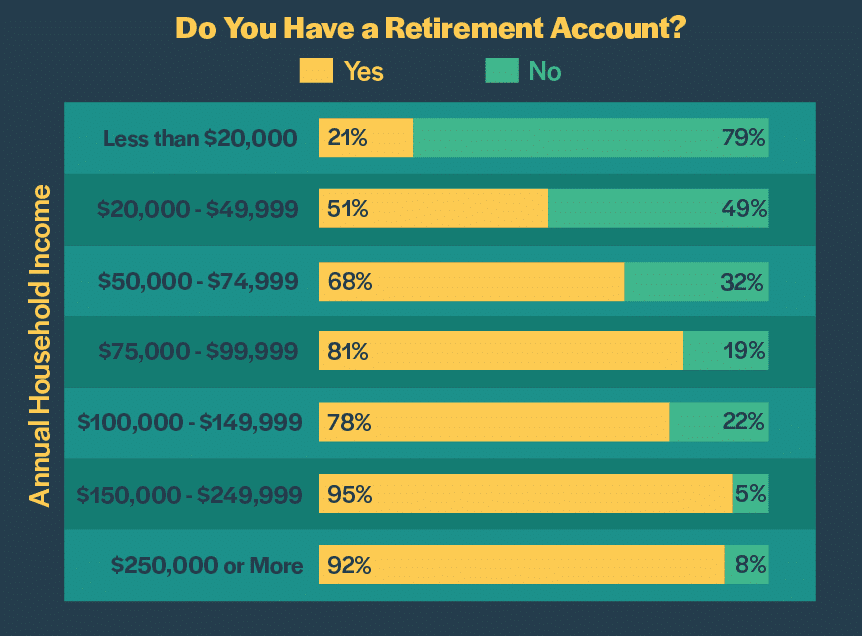 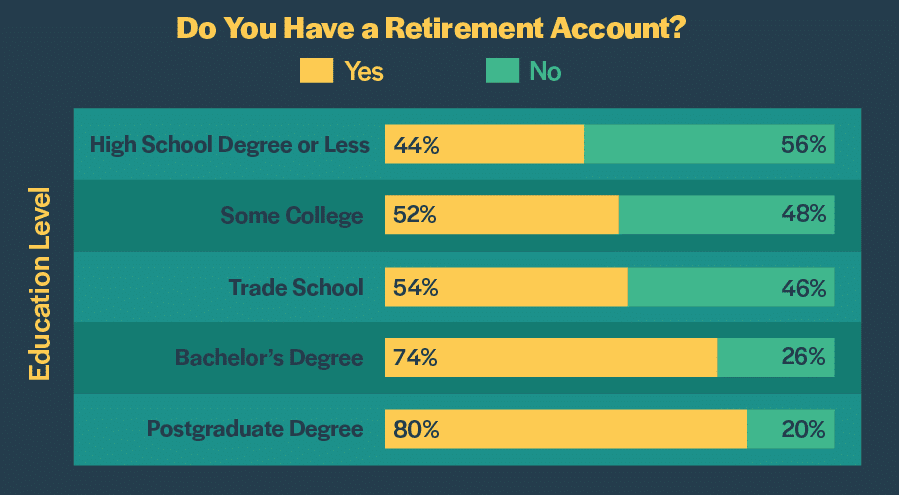 “In a capitalist society, a certain level of inequality is inherent,” added Schrage. “The question is: What can be done to increase access to financial tools for all Americans, regardless of education or income? This is an issue that needs real work and policy muscle behind it - in the meantime, reputable and easily accessible financial education is a key to closing the gap. With improved financial literacy, Americans can make sound decisions and be good stewards of their money.”

The full report on who is Investing in the stock market—which includes analysis and additional graphics—is available here. 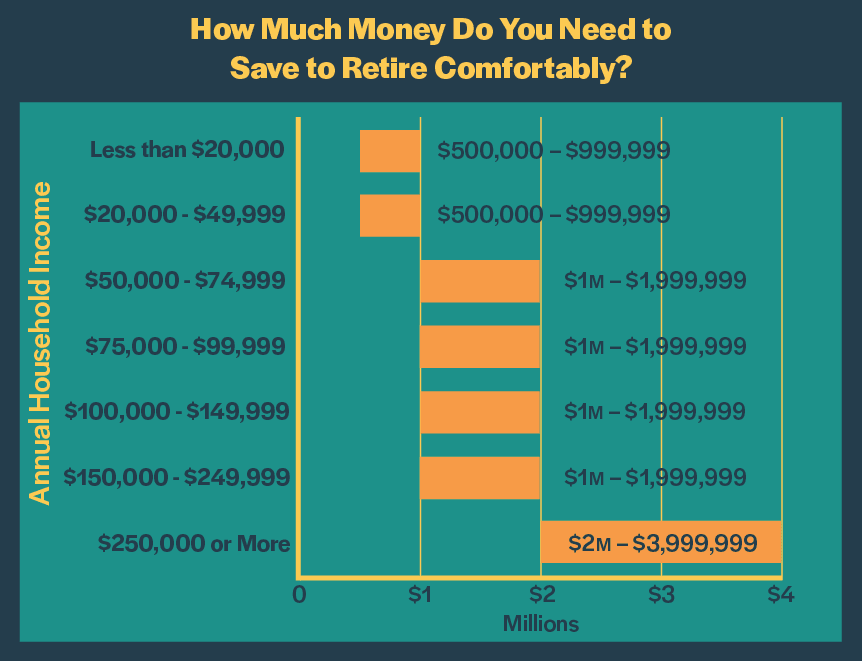 This is the first report of a multi-part series based on a survey of 1,017 adults conducted between July 7, 2019, and November 5, 2019, by Money Crashers. Responses were collected by sharing the survey on social media, email, and online forums and through Prolific’s panel services. For the analysis in this article, only responses from individuals who live in the United States (n=919) were considered. The participants were 48% male and 52% female. 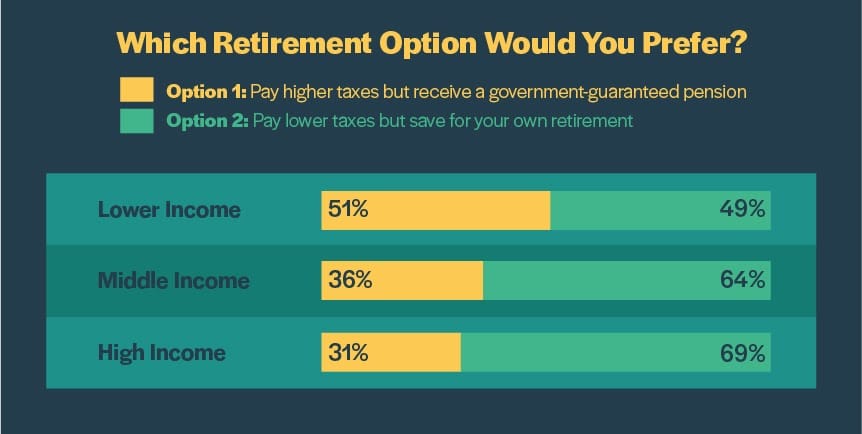 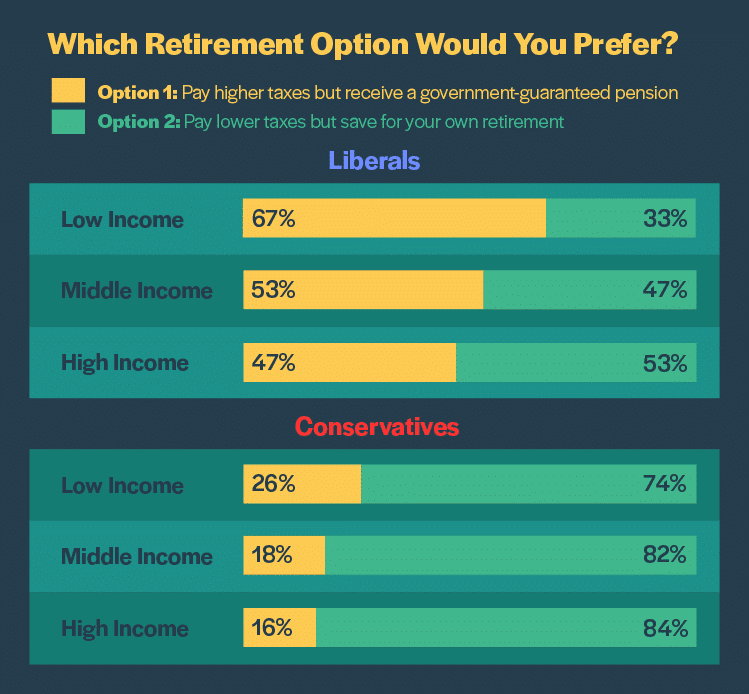 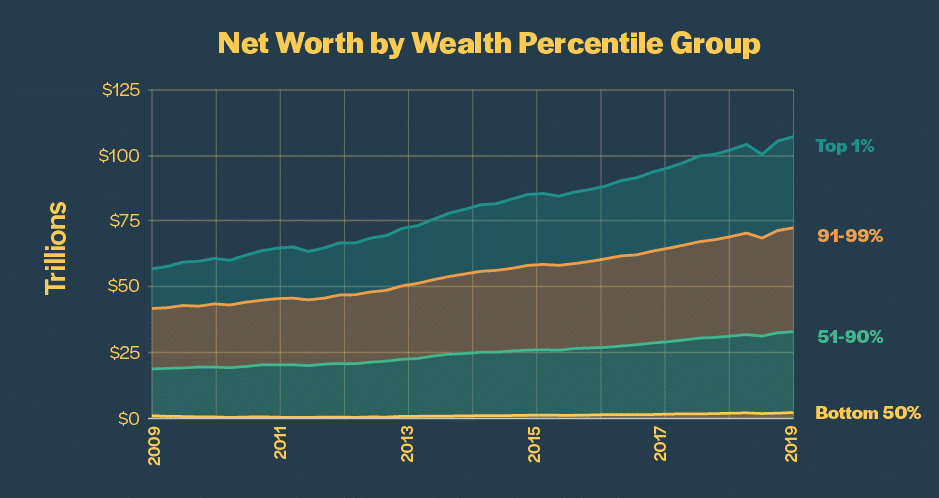