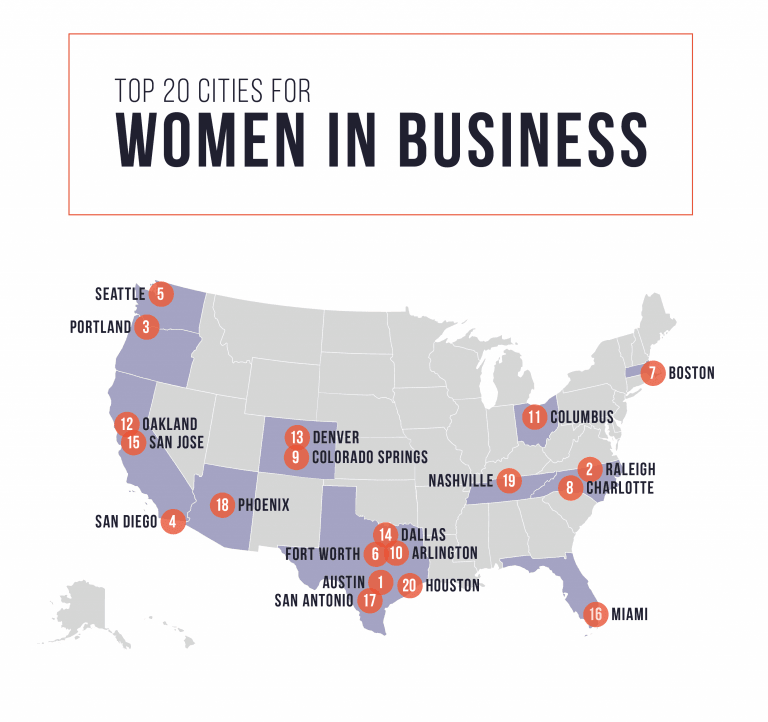 Where women in executive positions thrive.

Austin, Texas is the best city for women starting out in business in the 2020s, according to a study of key business trends over the last decade.

Data was collected from the earliest and latest available years in the 2010s before a percentage trend increase or decrease deciphered how much progress a city had made over the last decade. 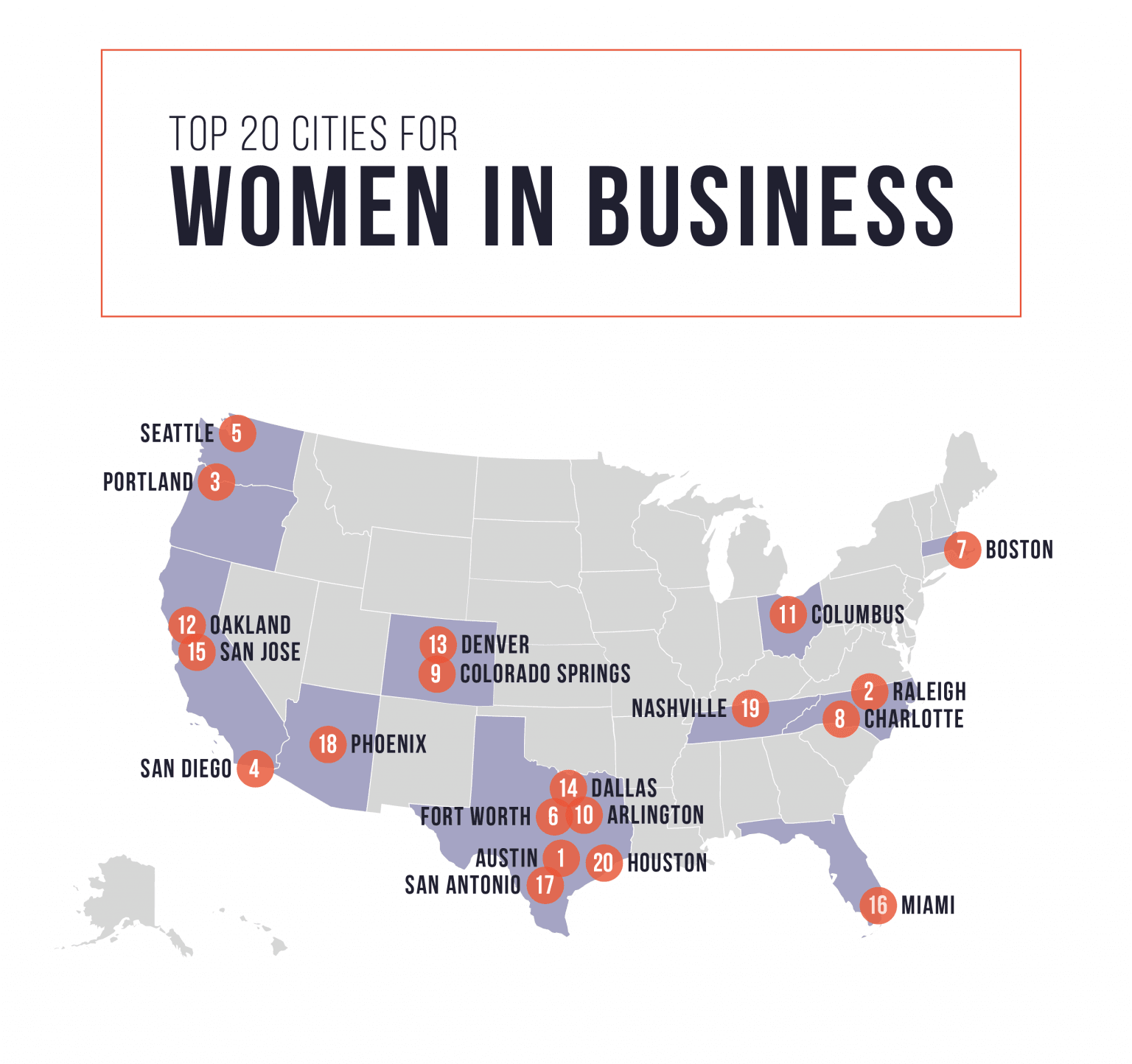 The Best Cities For Women In Executive Positions

Collating the scores across each of the six ranking factors, the top 10 trending US cities for women in business were revealed as:

Austin came in 1st position after claiming the highest overall score. The city’s best performance came on the percentage of total businesses owned by women. Increasing by 1.73% in the last decade, the growth was second only to San Diego (1.87%). 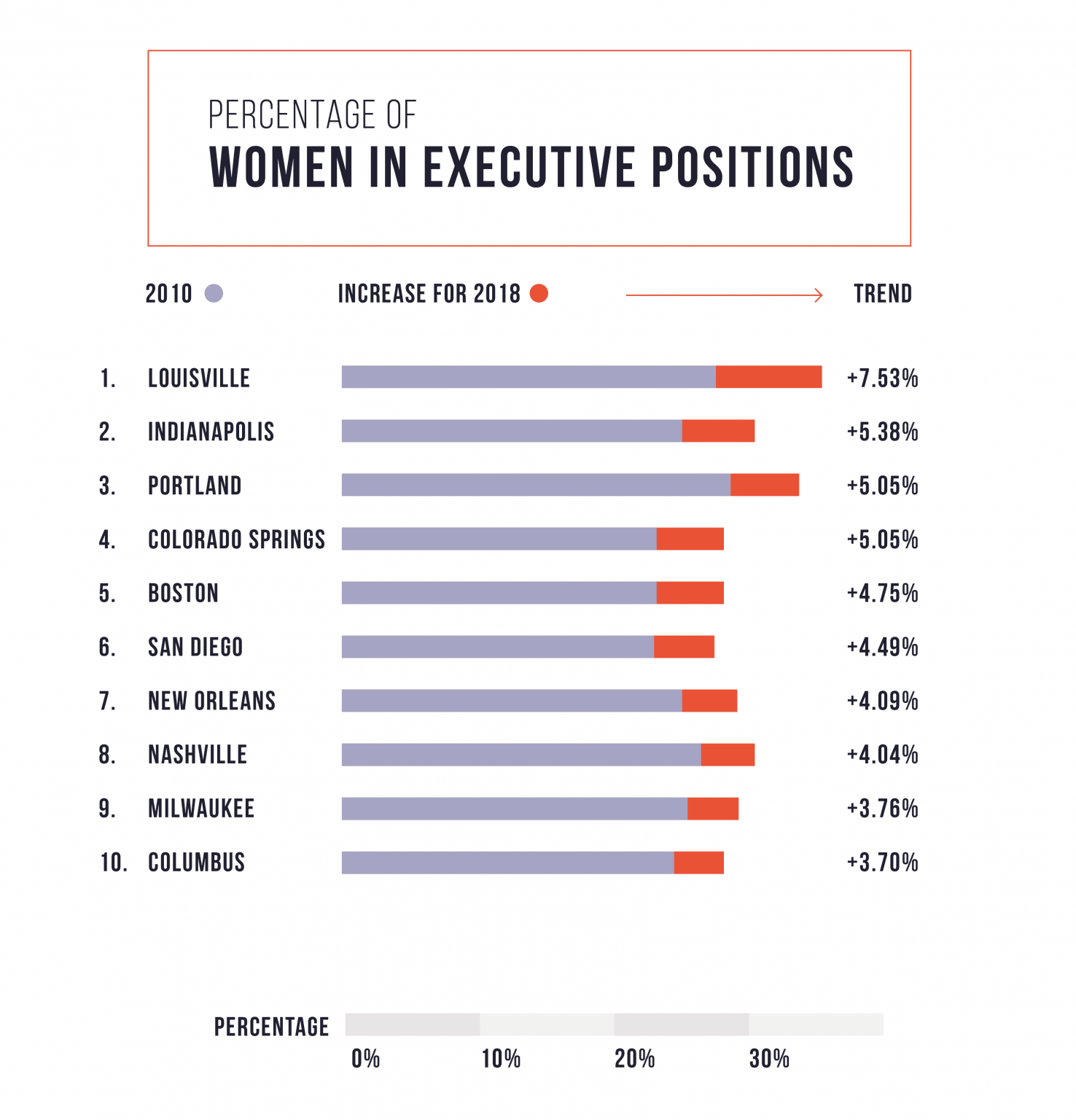 Raleigh, North Carolina finished behind Austin in 2nd. The eastern city came in the top ten for economic growth (6th with 56.22%) and population growth (8th with 22.46%).

In third was Oregon’s Portland, who excelled in progress made on equality-specific metrics. A 5.05% increase in women in executive positions is the third highest in the US, a position they also secured for the gender pay gap, which has been reduced by 6.70%.

Cities Which Maybe The First To Break Cultural Barriers

The research also sought to predict which cities would be the first to break significant cultural barriers for women in business.

If the trends remain consistent over the next decade, San Antonio, Texas will be the first to close the gender pay gap. The research showed women earn 89.1% as a percentage of male earnings – an increase of 8.9% over the decade. At the same rate, San Antonio will beat Baltimore as the first city to equalize earnings between men and women in the 2020s. 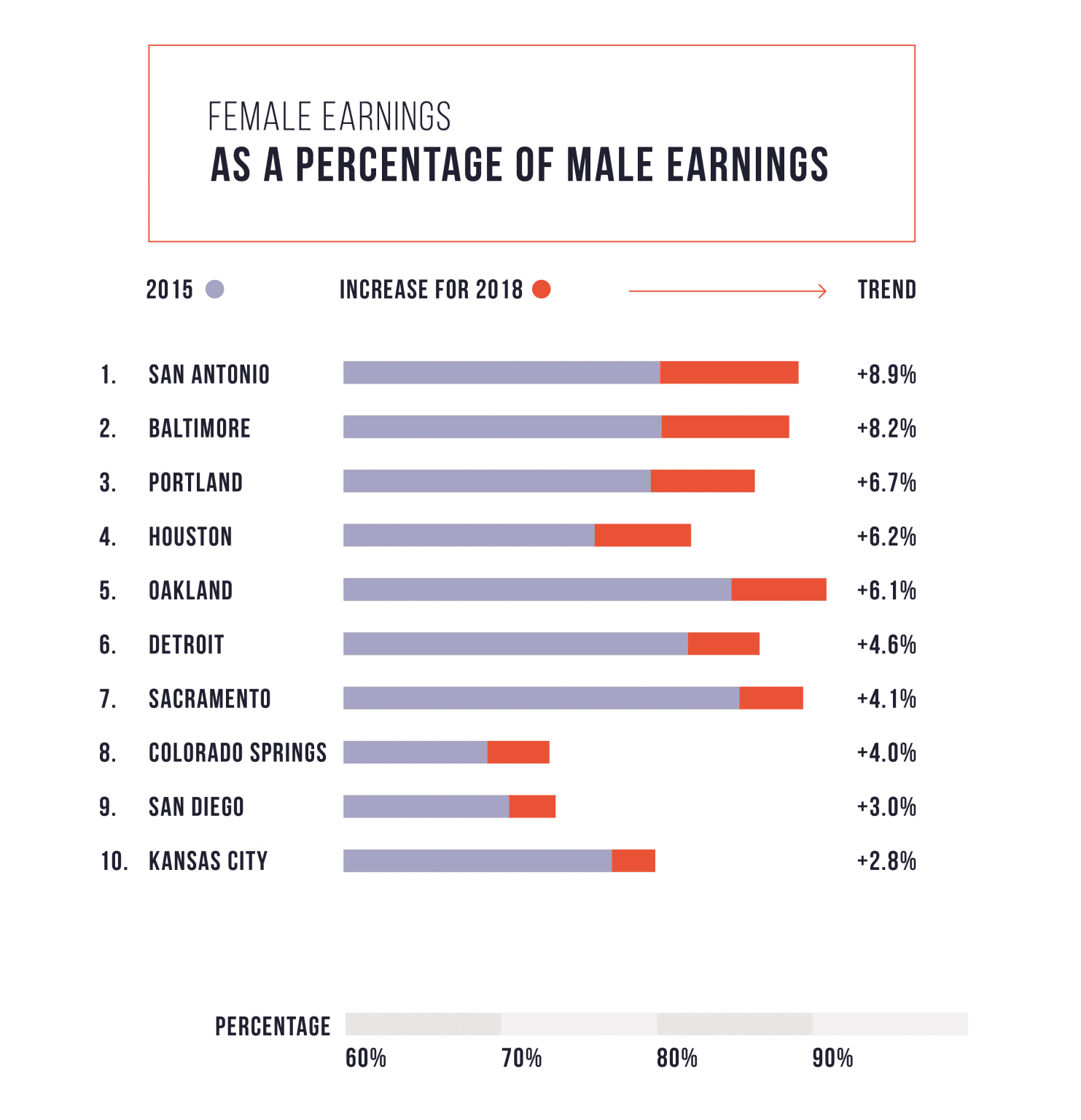 Other findings from the research revealed: 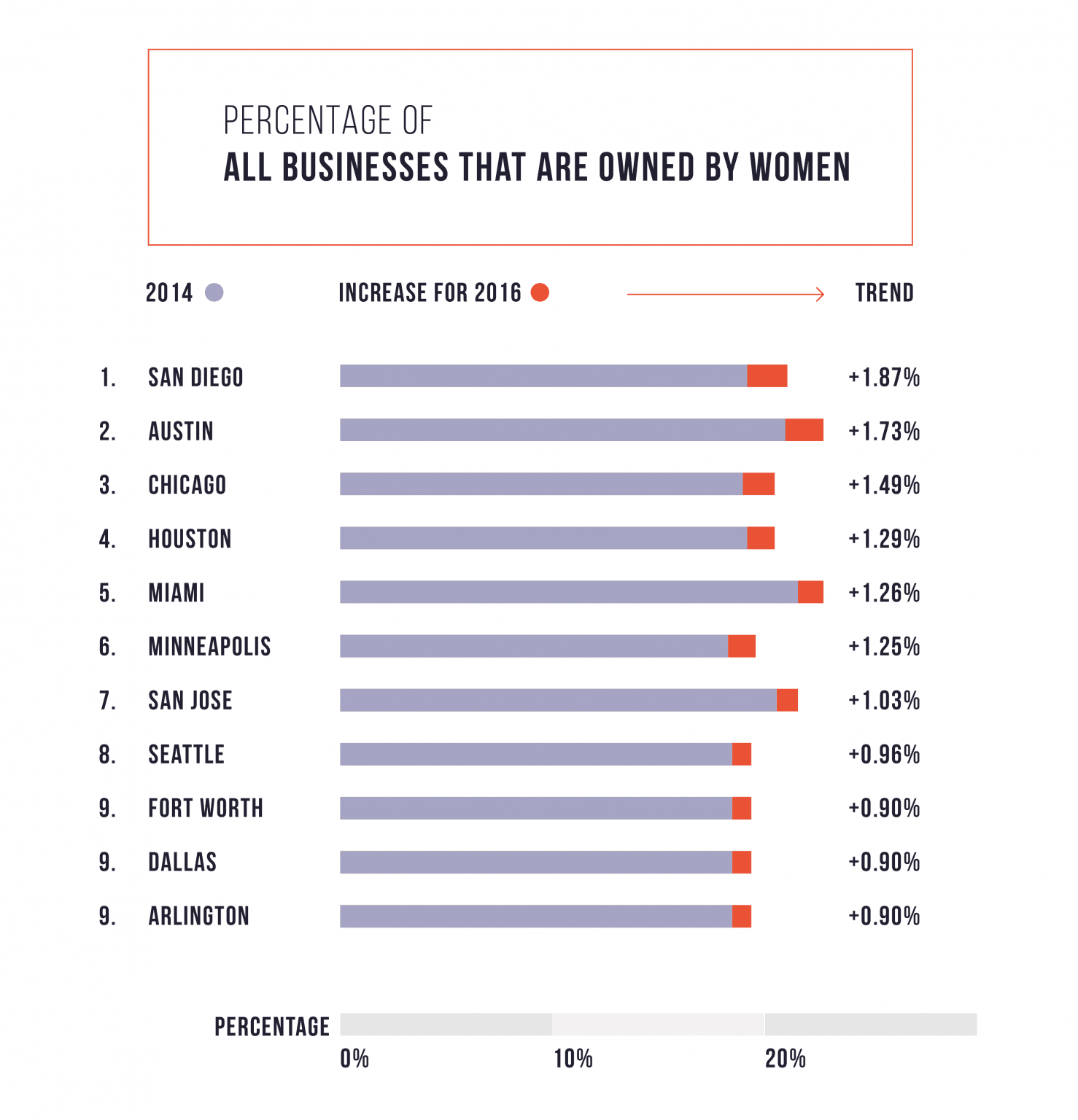 Jason O’Brien, COO of TollFreeForwarding.com said of the findings:

“The US isn’t short of innovative, inspirational women who want to throw their talents into a business. Our research looked to unearth how much progress has been made to elevate and empower these women, making business opportunities equal no matter your gender.

“Austin, Raleigh, and Portland may have performed most consistently over the six factors in our study, but a special mention must go to Louisville and San Diego. They’ve done more to grow female owned businesses and women in executive positions than any other US city – two key metrics for progress within this industry.”

You can find more data, quotes, and graphics from the research on the TollFreeForwarding.com blog.