It is a story that lies, iceberg like, mostly under the surface. Covered by the dust of forgetfulness and the rubble left behind by those who bulldozed over the histories that were too fragile to survive. And this is most literally the case if you choose to trace America’s history through its buildings.

But those stories don’t just relate to the nation as a whole. Taken town by town, city by city, the history of built America is a series of puzzles within puzzles. Every town and city has its place in the overall picture, but also has its own tale to tell – and a million others that remain unvoiced.

Each town has been populated many times over by individuals with daily lives and lifelong ambitions. America is a land of immigrants – mostly to the detriment of the native peoples – and the immigrants who built the United States have been equally torn by the need to assimilate and the opportunity of a blank slate on which to imagine a new country.

As the introduction to a new set of images celebrating the oldest building in America’s 100 biggest cities puts it, many of those who lived through this process “came to the country as immigrants in search of a safe and prosperous new homeland. Others experienced the colonization of America as a fight for survival. In every case, these buildings represent the daily struggle and monumental legacy of those who lived there.”

The creators of this stunning new image set for NetCredit realized the opportunity to use America’s oldest buildings to create an alternative history of the country. Their researchers used census information to figure out which 100 cities are America’s biggest. They then delved deeper into media sources and records to identify the oldest surviving building in each of those cities.

It proved to be contentious work. While the financial stake in being crowned the oldest building in a given city may be minimal (a few extra tourism dollars each year), the sense of pride attached to such an epithet is not to be underestimated. Folk were ready to argue about the ‘true’ date of construction of this building or that; they weren’t happy that a structure built outside of city limits at the time became the city’s oldest building after the limits were expanded to gobble it up. And as for those buildings that were disassembled and reassembled elsewhere in the name of preservation… what city should they call home?

The oldest building the team have illustrated is New York City’s Wyckoff House in the Canarsie neighborhood of Brooklyn. Dutch migrant Pieter Wyckoff built a one-room farmhouse for his wife Grietje and their 11 kids (it should be no surprise that most people with his name or a similar one in America today are descended from this renowned and terribly fertile family). Today it is a museum, designed to offer a flashback to how folk lived nearly 400 years ago and at various intervals since. The house has been enlarged and remodeled along the way, but you can still see the original carpentry. In the 1980s, the museum’s proprietors restored parts of the house using wood from a 17th-century barn – near as damn-it to authentic!

You’ll get a good glimpse of history at Norfolk, Virginia’s oldest surviving building, too. St. Paul’s Episcopal Church, built in 1739, was one of the only structures to survive shelling by the British Navy during a 1775 siege – and most of the other buildings perished at the hands of the revolutionaries, to show the Brits a lesson. Well, nobody said colonialism was simple.

Anyway, St. Paul’s didn’t come out of it completely unscathed: a cannonball hit the building on New Year’s Day of 1776 (we’re told it was fired by Lord Dunmore). The ball stayed stuck there for a while before being removed for safety reasons. It was later put back for historical reasons. Nobody said heritage was simple! The church also remains notable for its Tiffany stained glass window and tombstones from the 17th- through 20th-centuries.

And the ‘newest’ oldest building? The city of Henderson makes the ‘biggest cities’ list despite only being founded in the 1940s (check out this rather bleak brochure for the new town). It was incorporated in Nevada in 1953. The Old Fire House was there almost from the start, and outlived older buildings by virtue of surviving the PEPCON rocket fuel factory explosion of 1988. The explosion was equal to a 1-kiloton air-blast nuclear detonation, but the Old Fire House was four miles away – and built to last. Today, the building is used as office space, and probably its occupants feel very safe (if not terribly historical).

Check through the images and see if you can find a building that’s closest to you. Our towns and cities are full of secret histories that we walk past every day. Learning where we’ve failed and succeeded – and who we’ve failed and succeeded – is an excellent way to ensure you develop your projects responsibly for those whose lives will be affected. 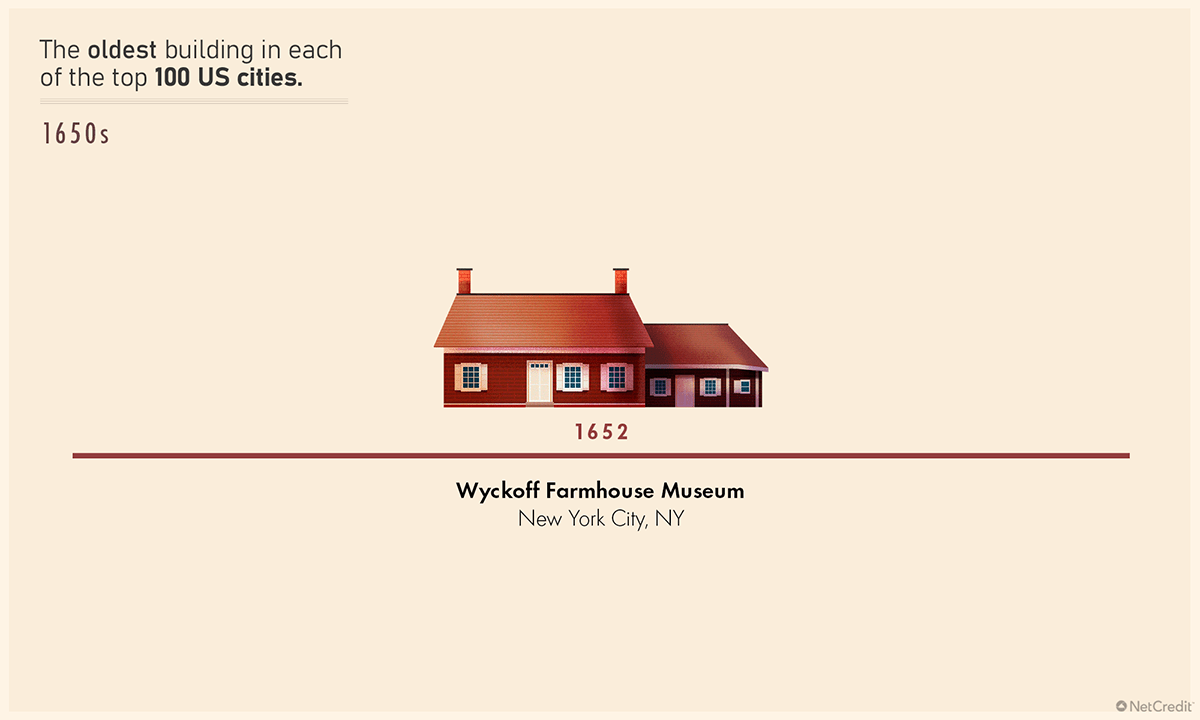 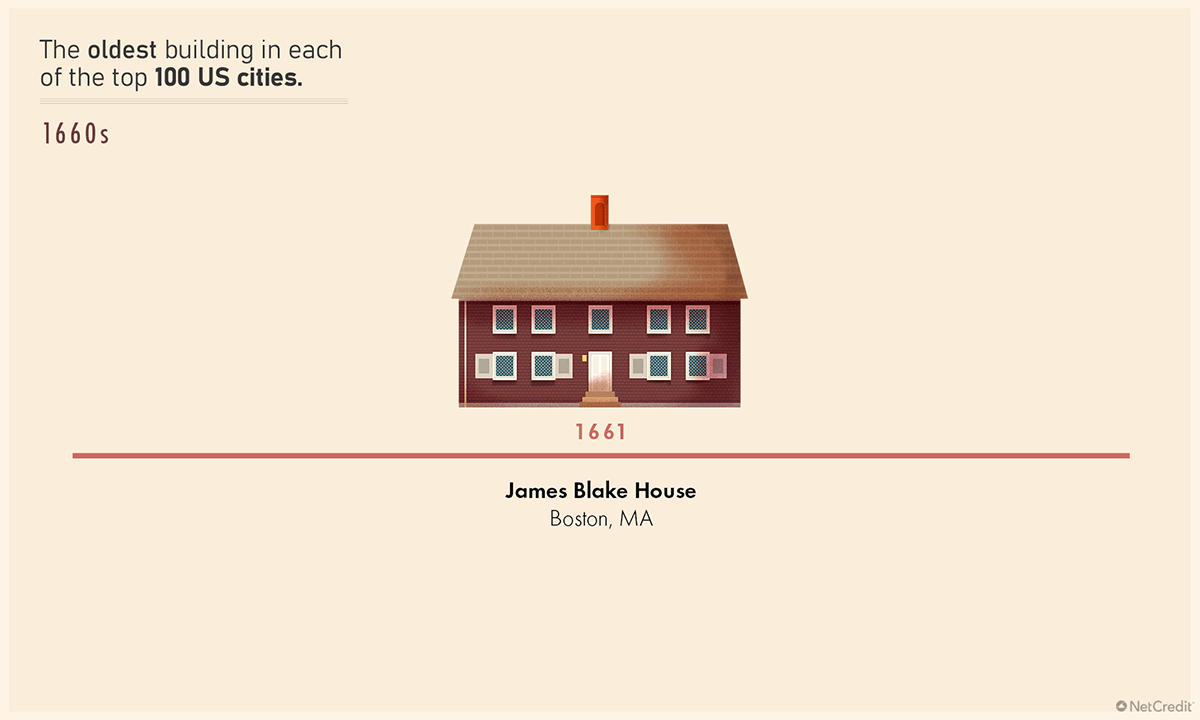 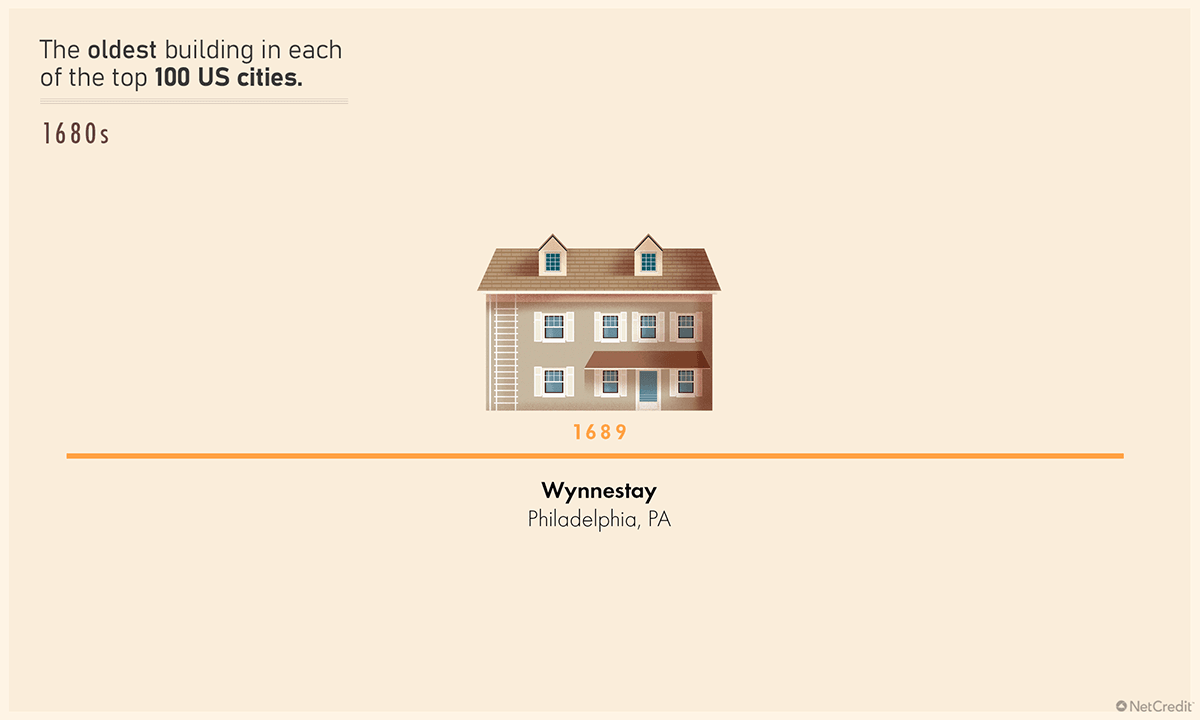 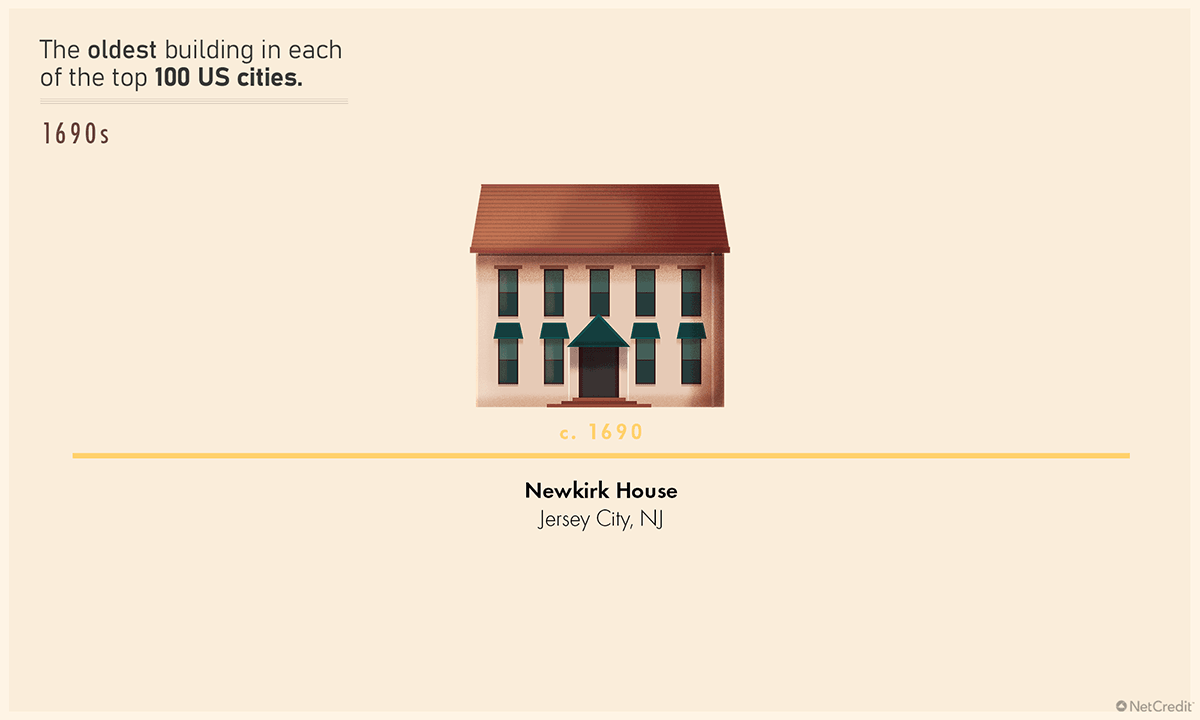 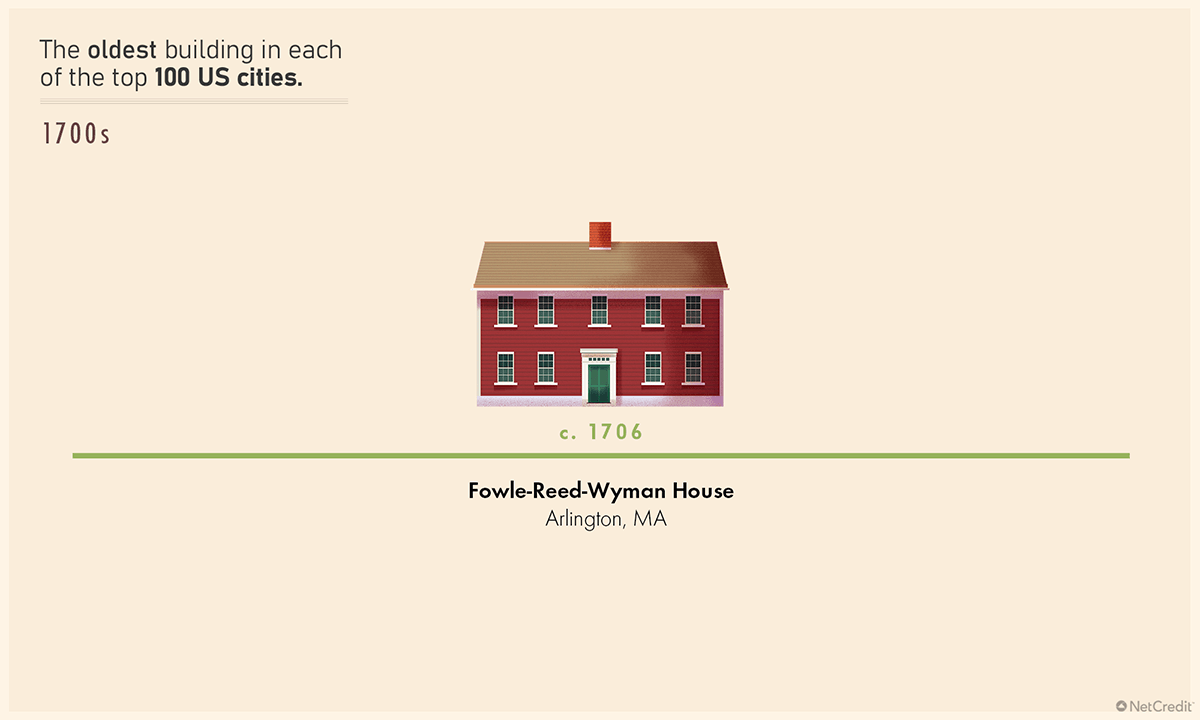 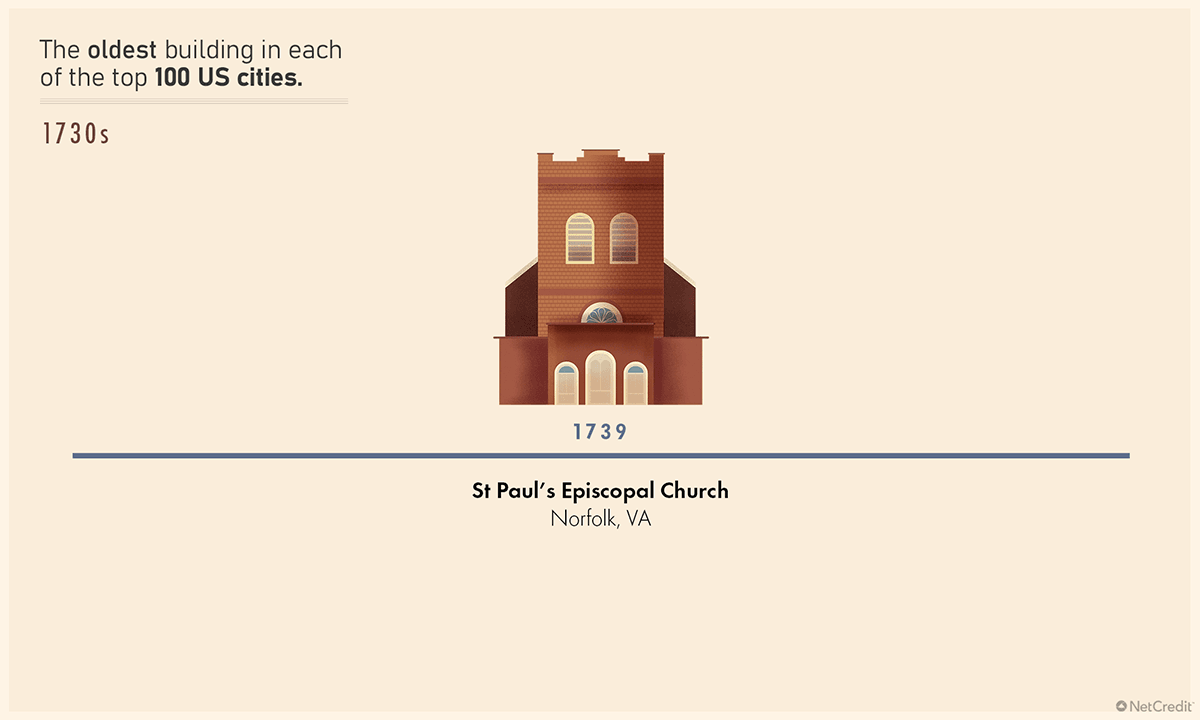 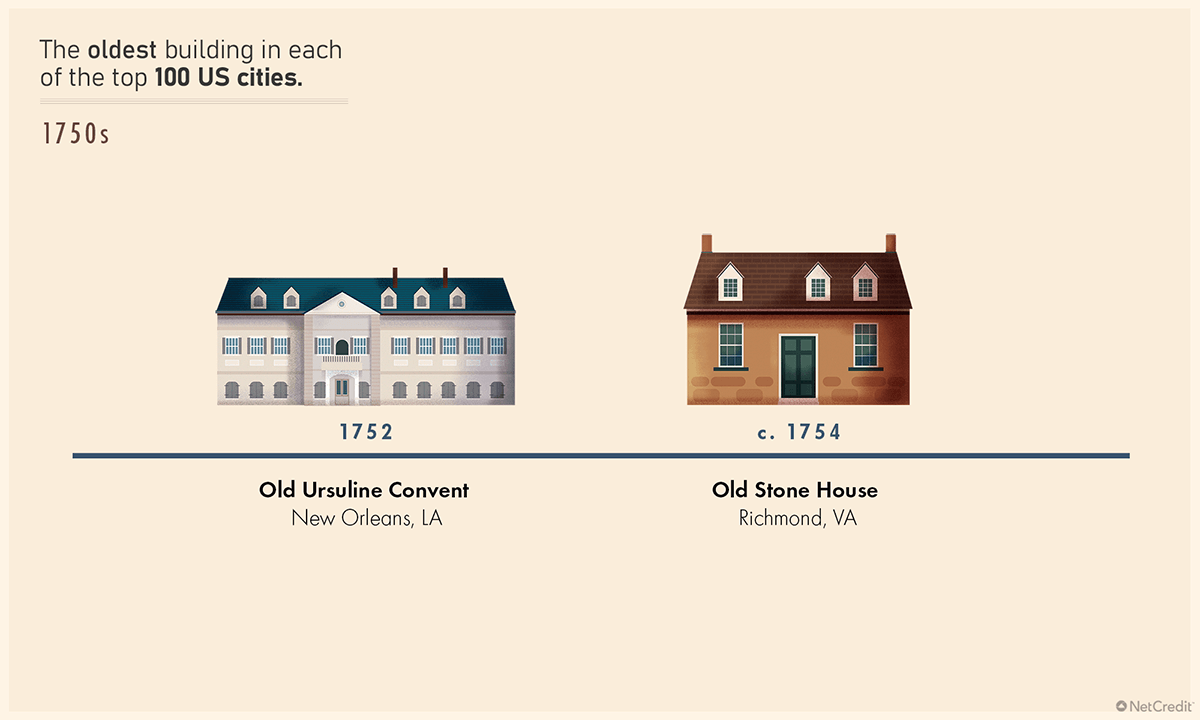 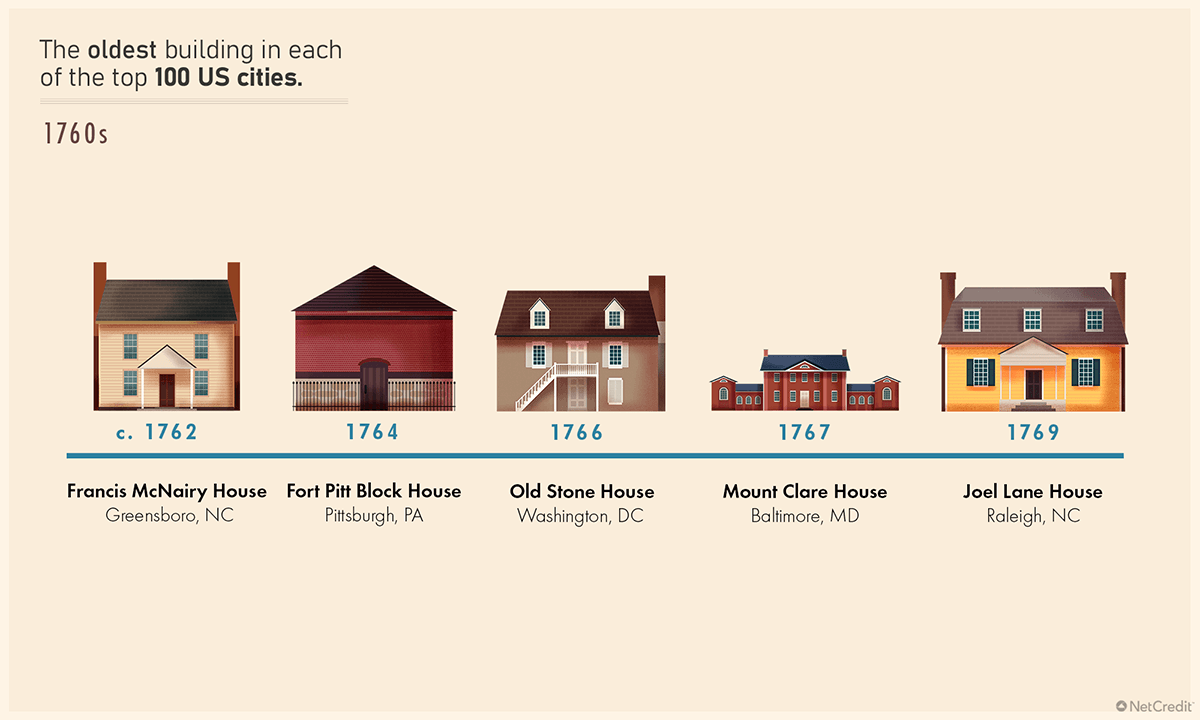 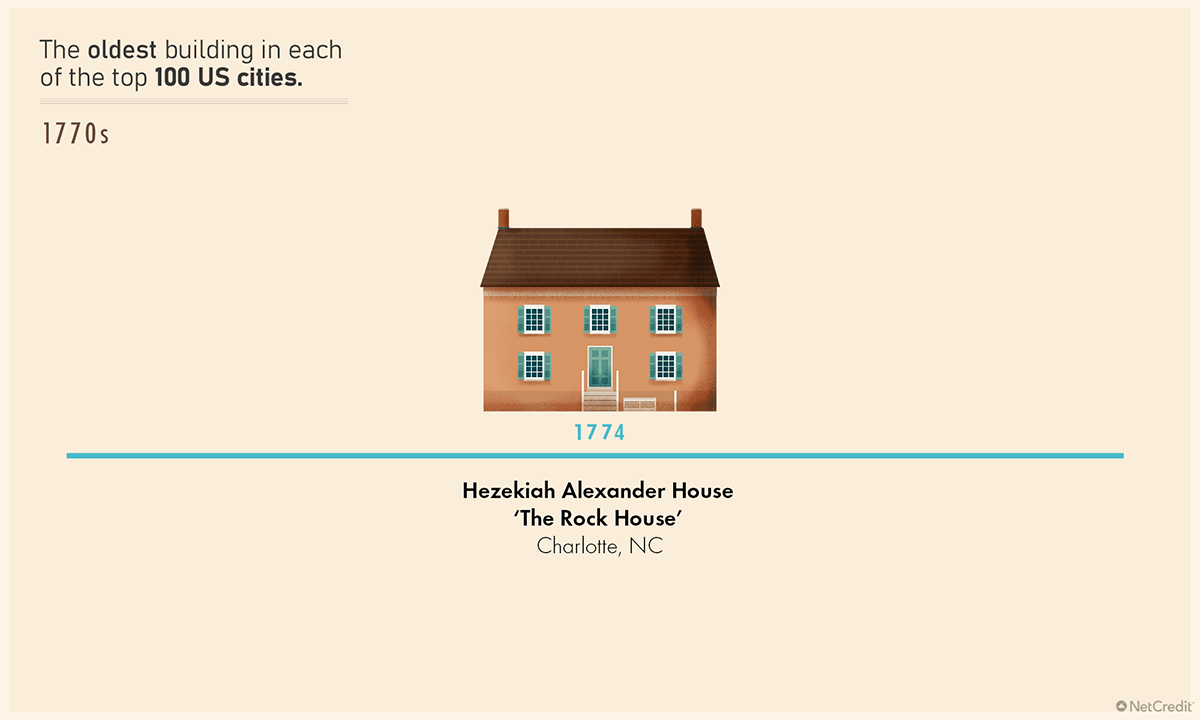 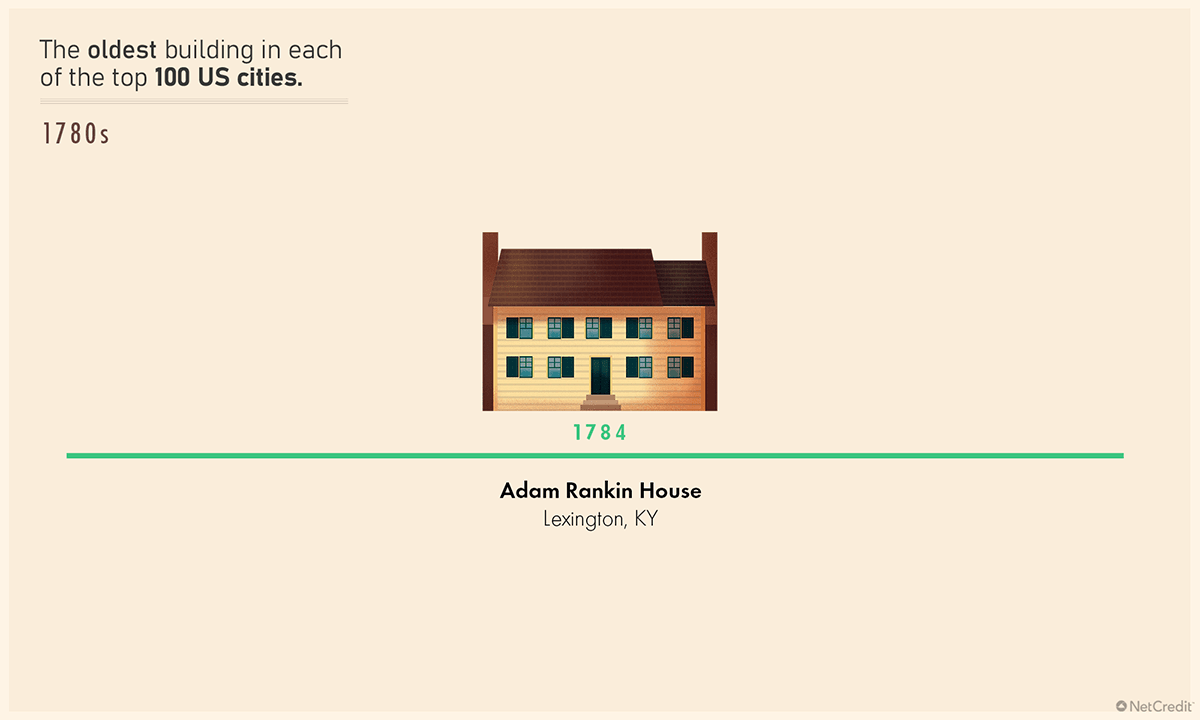 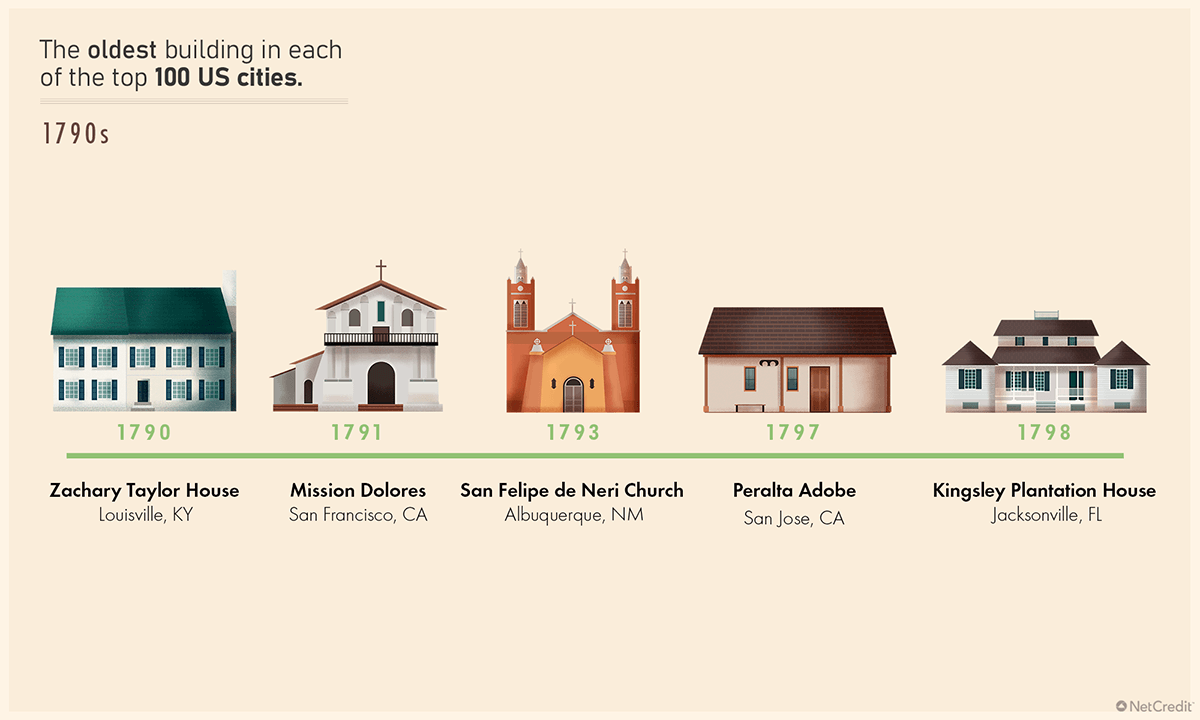 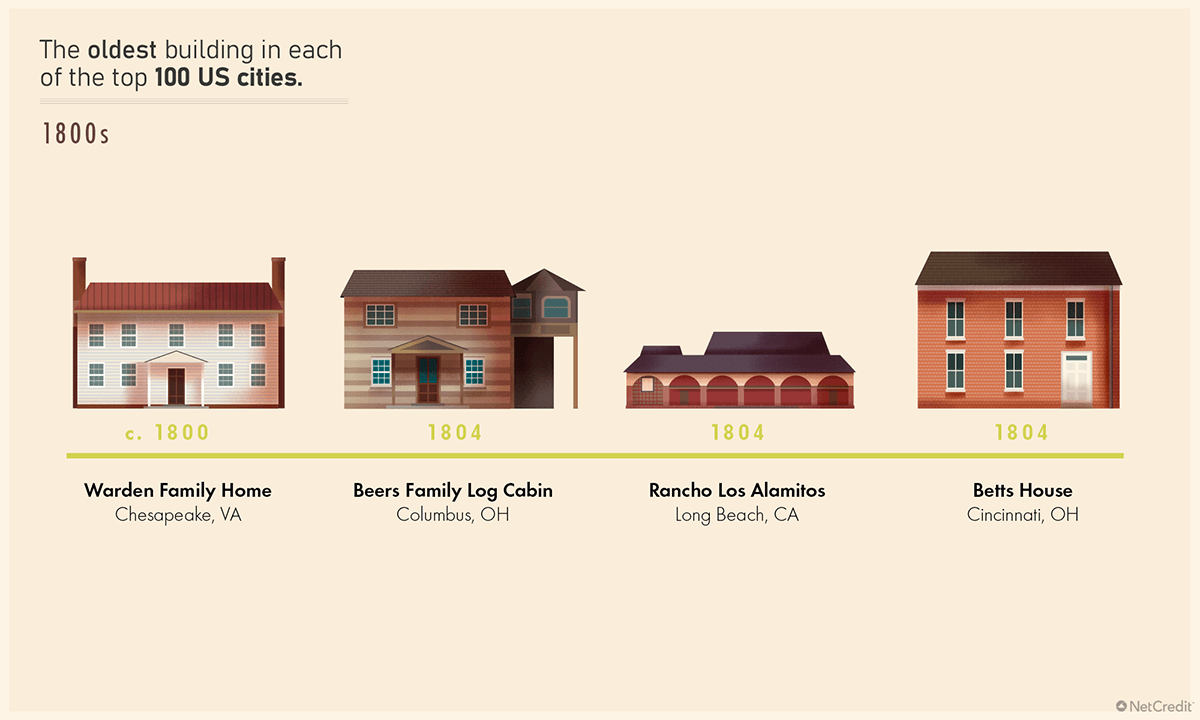 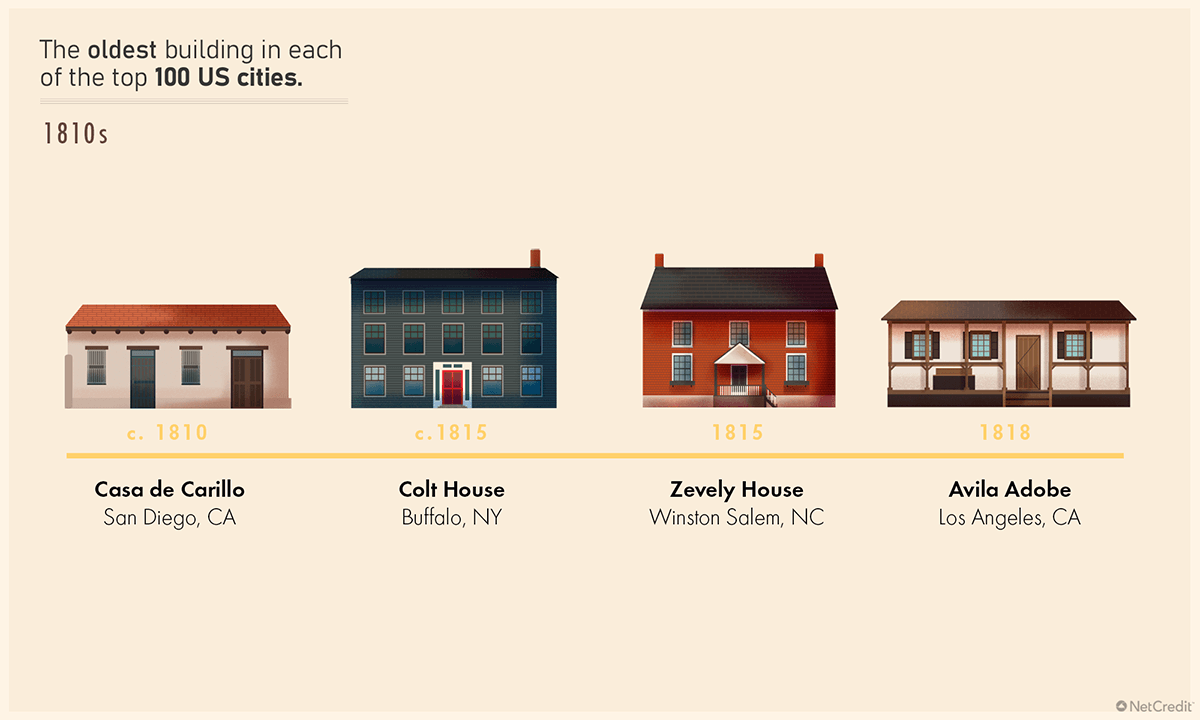 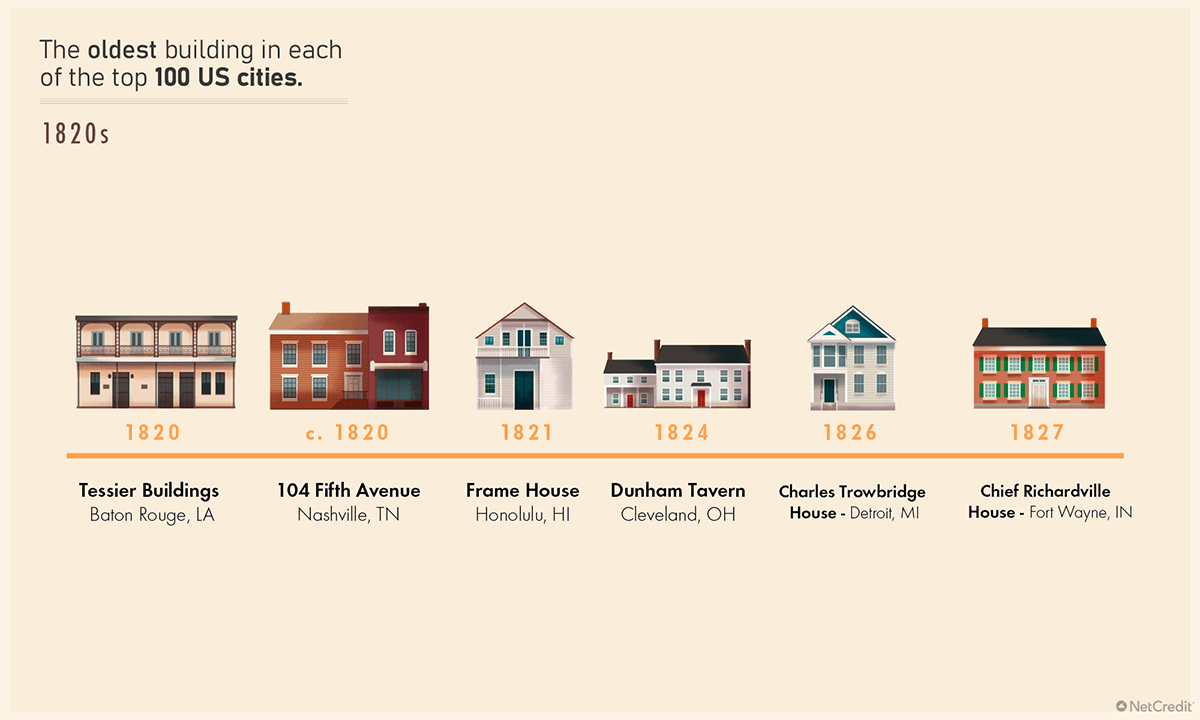 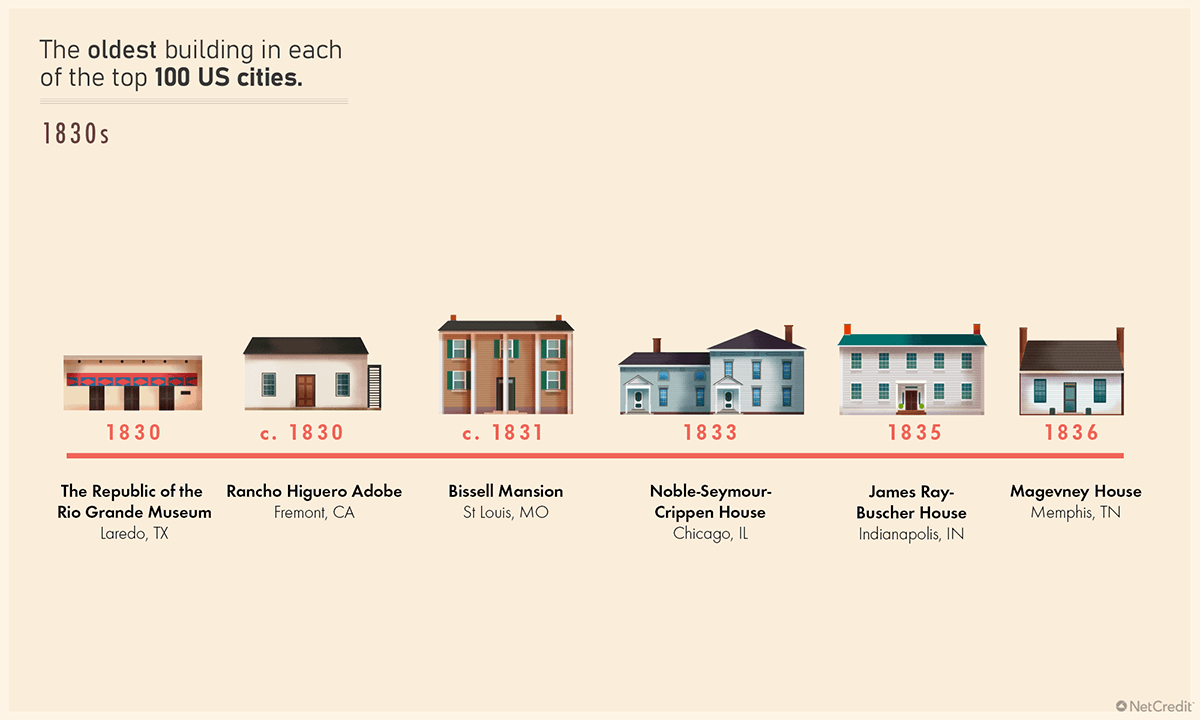 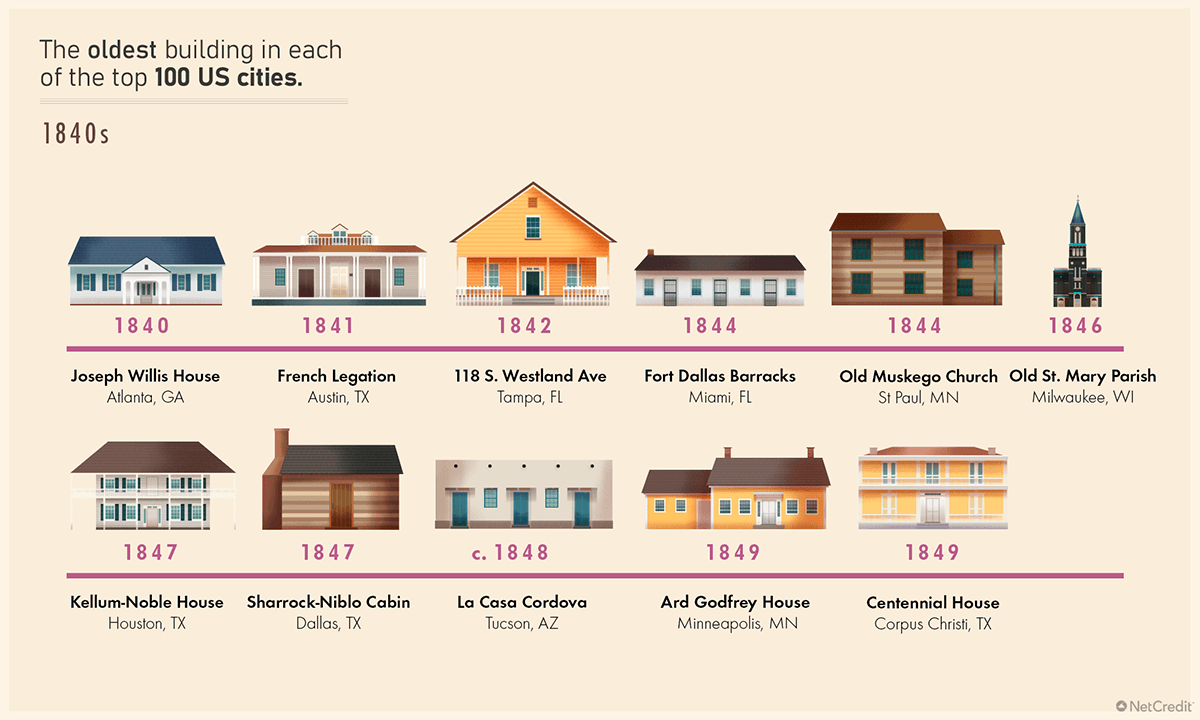 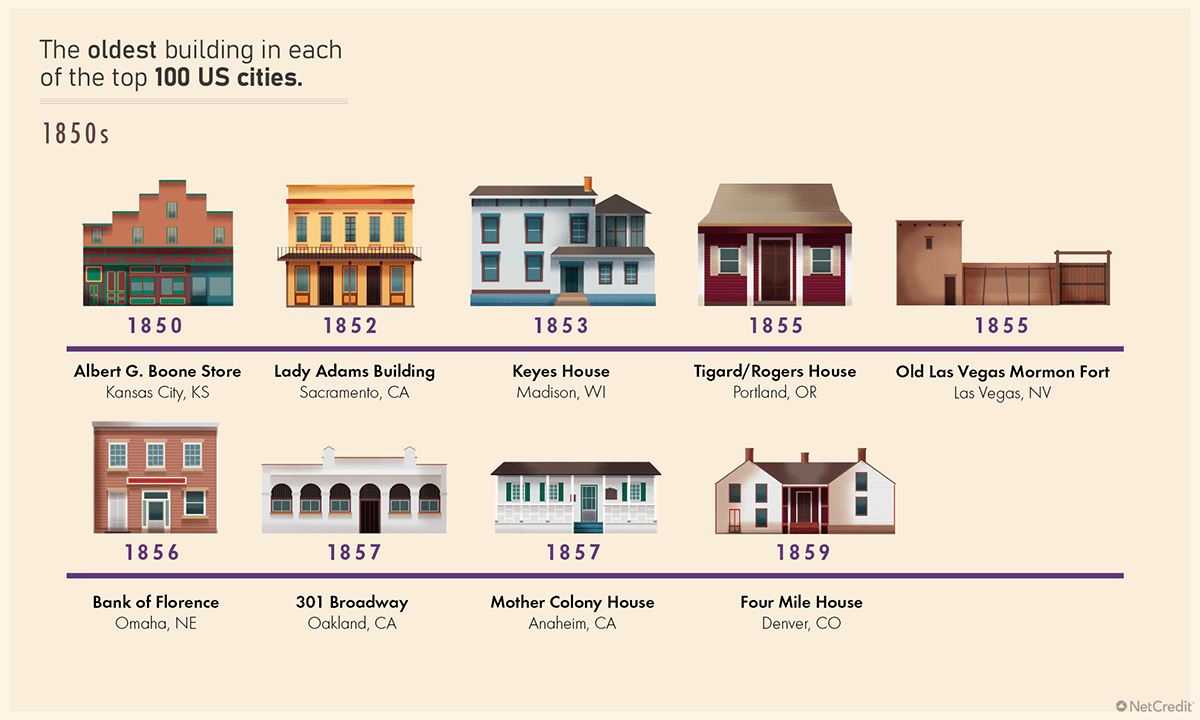 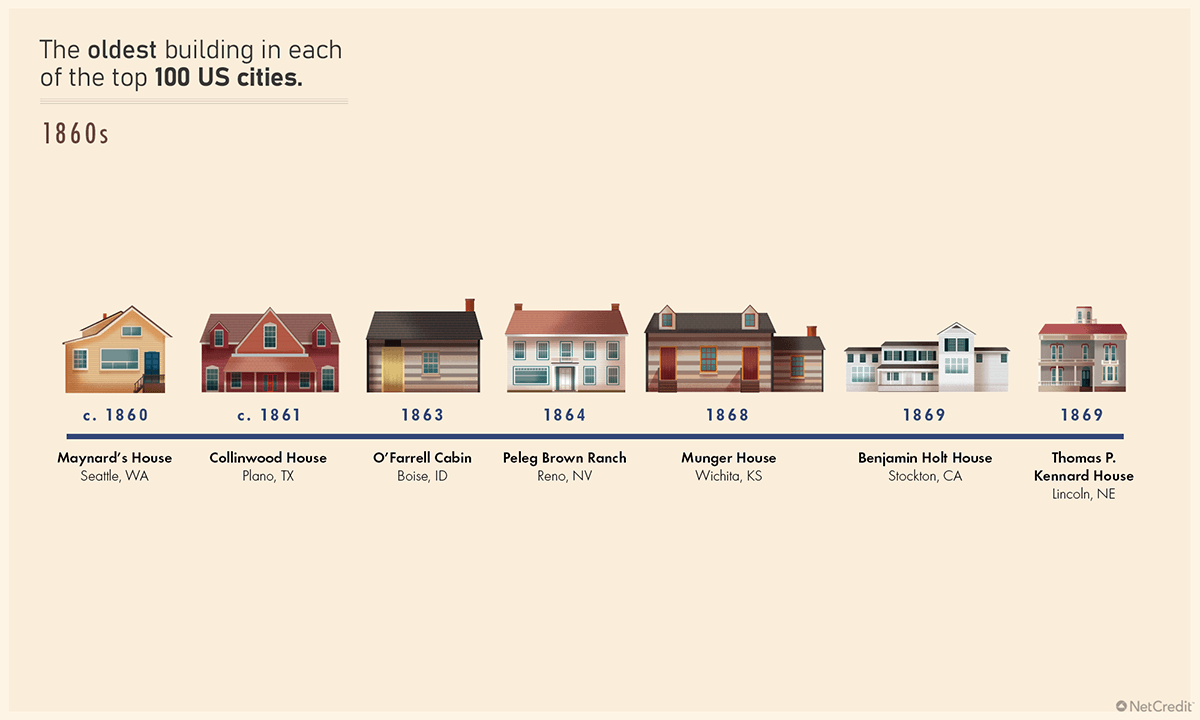 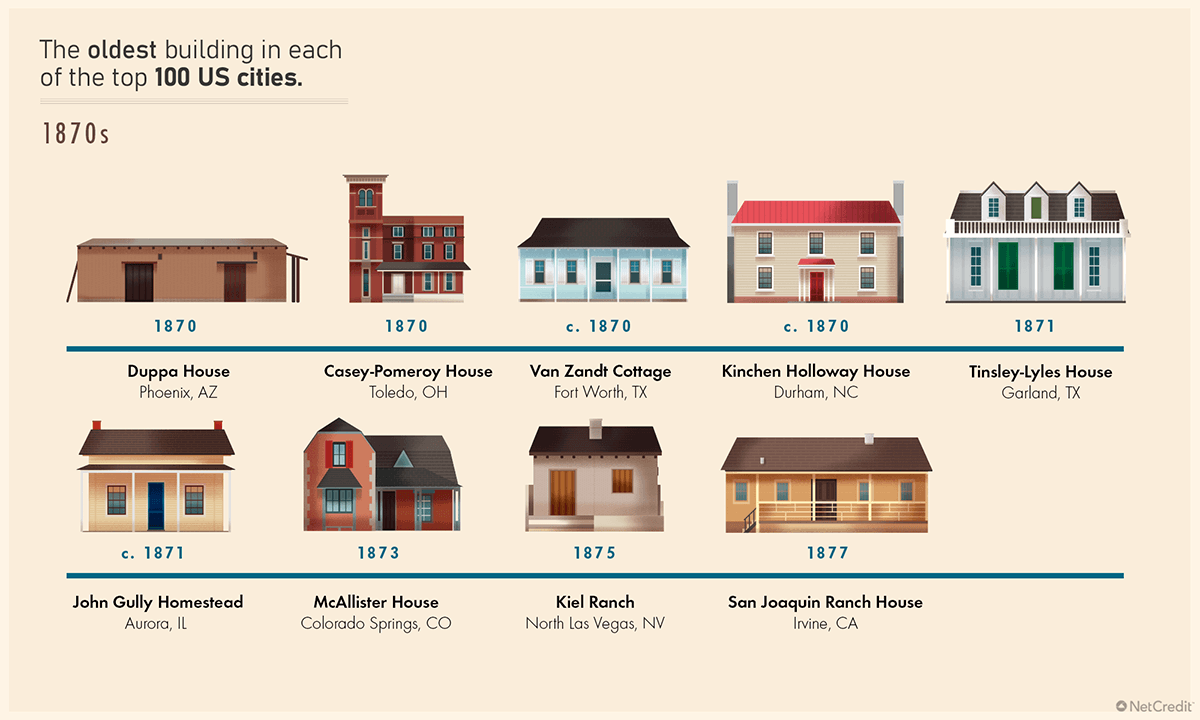 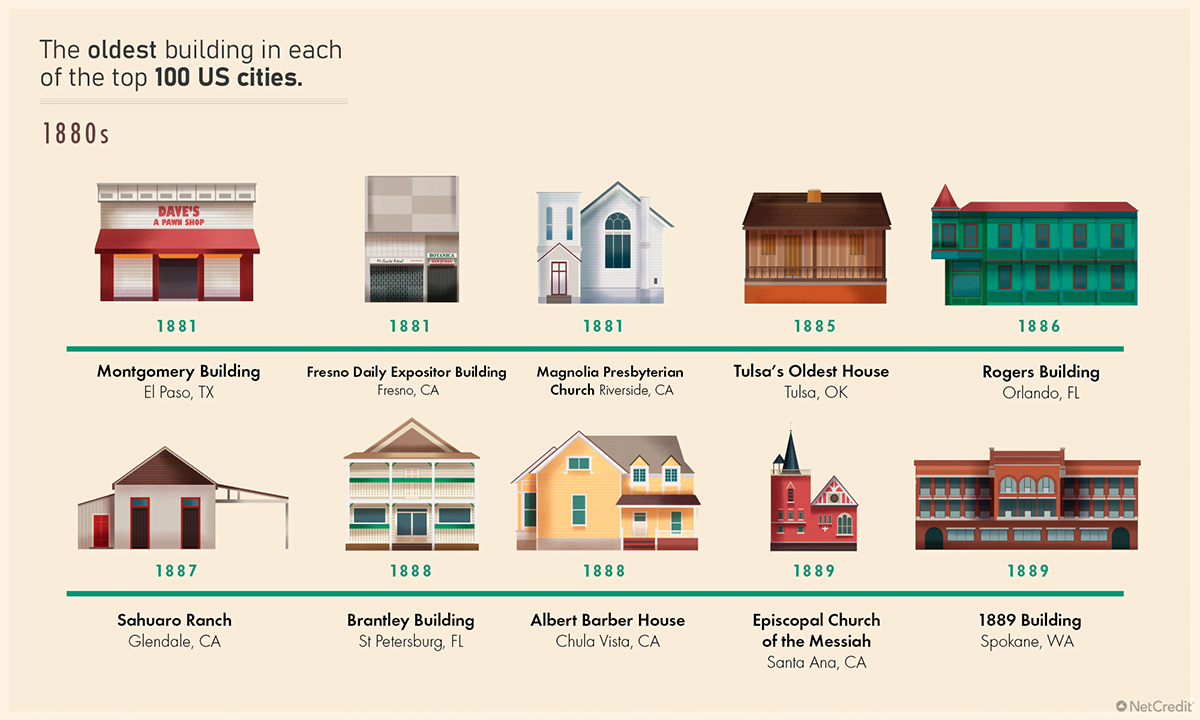 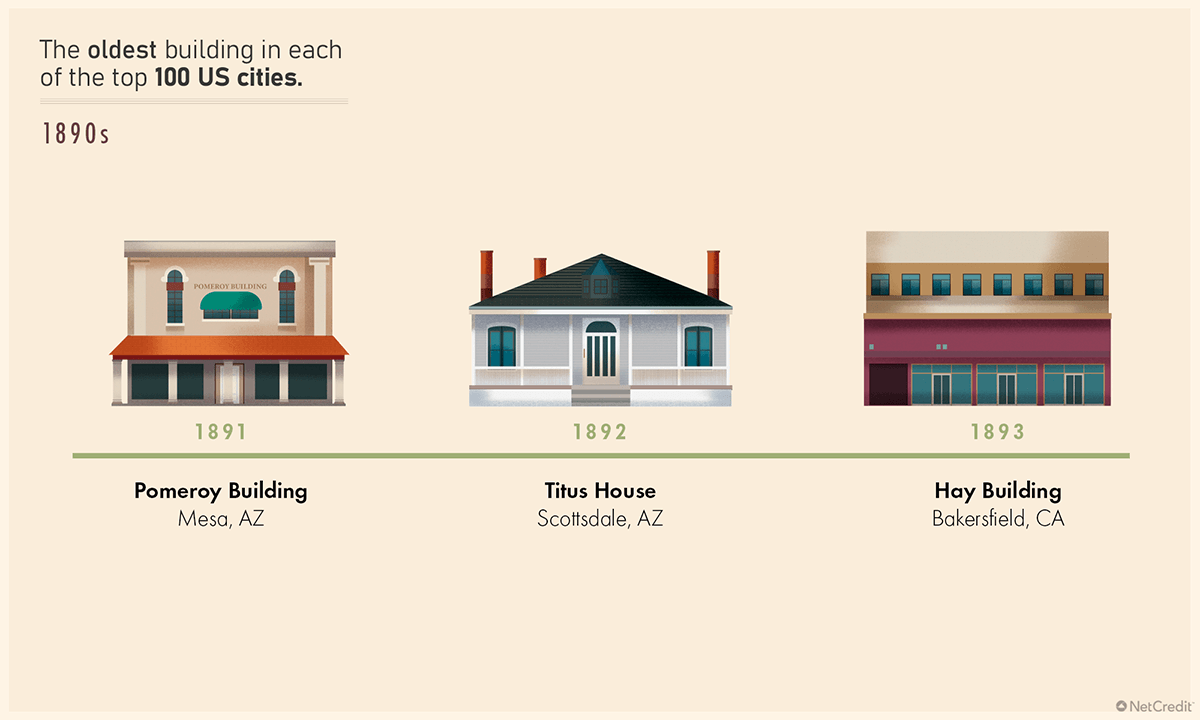 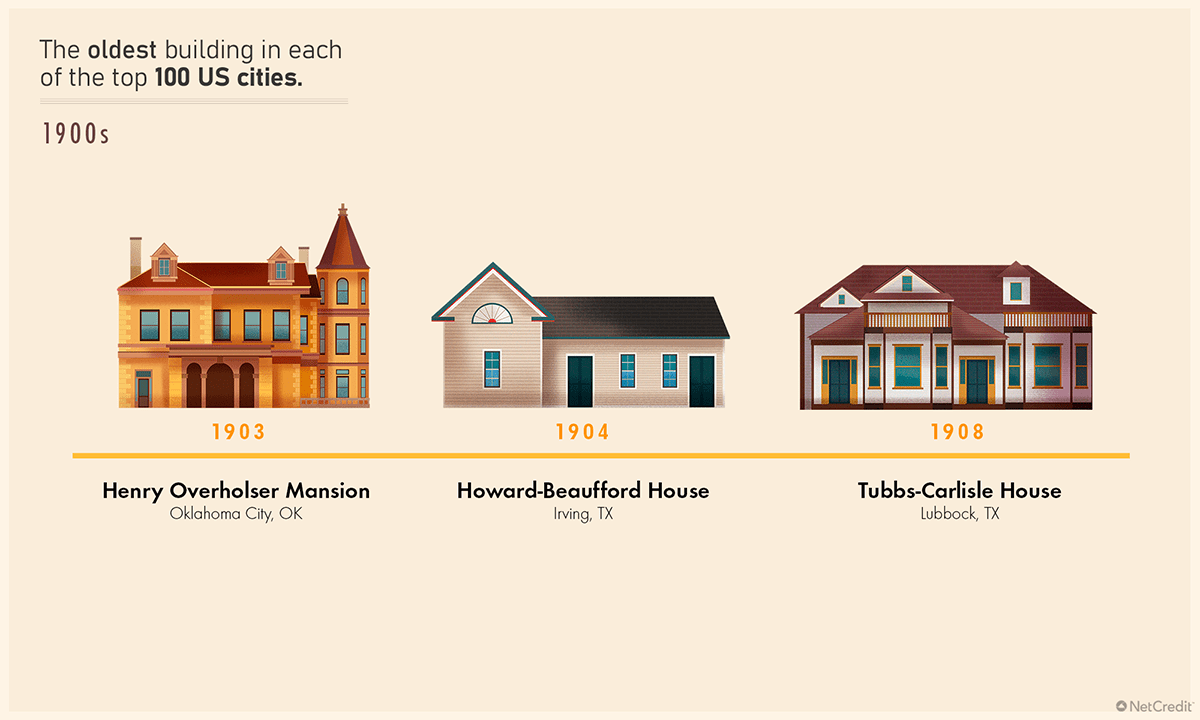 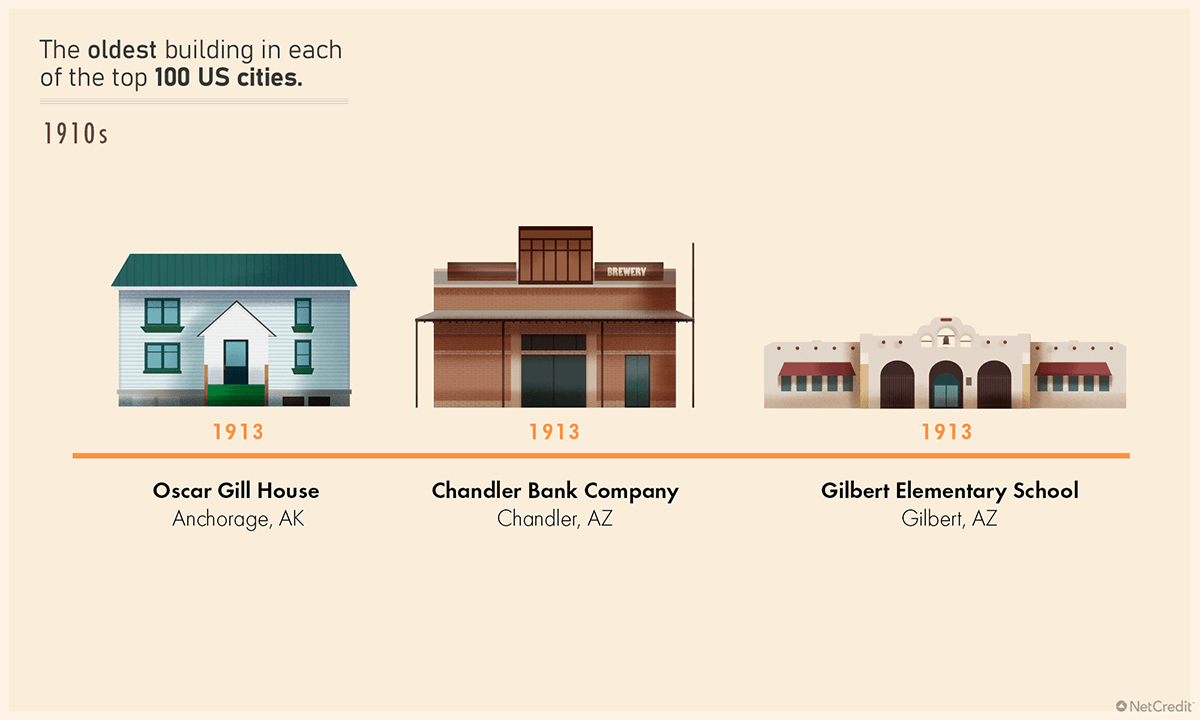 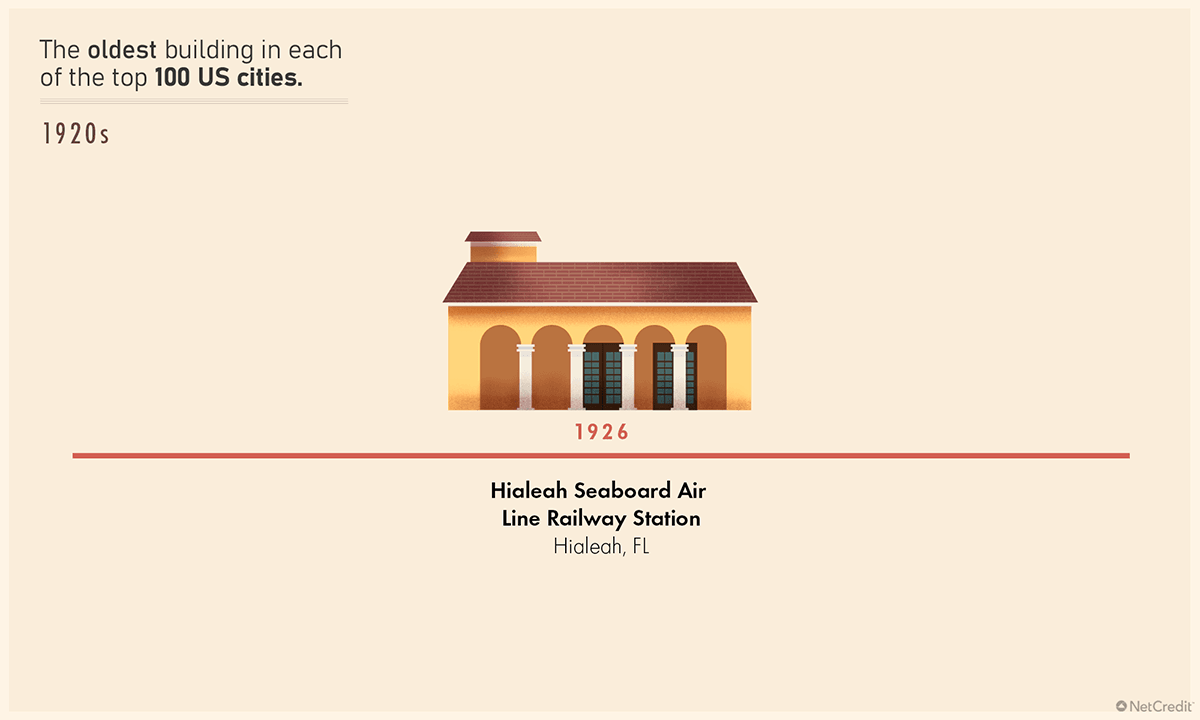 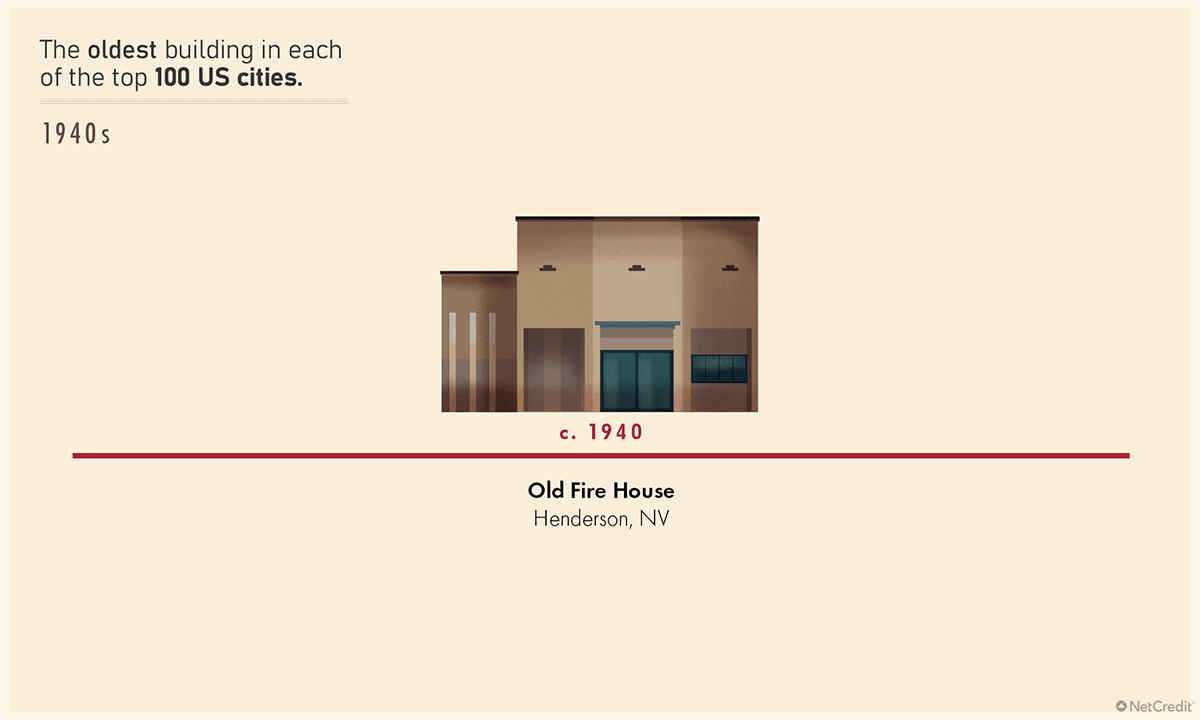