The Three Seas Initiative is a flexible political platform, at Presidential level, launched in 2015. The Initiative includes the 11 EU Member States located between the Adriatic, the Baltic and the Black Seas: Bulgaria, Croatia, the Czech Republic, Estonia, Hungary, Latvia, Lithuania, Poland, Romania, Slovakia and Slovenia.

The Three Seas Initiative aims at stimulating more rapid development of the region stretching between the Baltic, Black and Adriatic Seas. This is to be achieved through both high level and multi-stakeholder commitment to boosting connectivity among Member States, with special focus on infrastructure, energy and digital interconnectivity.

The improvement of the infrastructure connections of the 11 states is an essential condition for building an area of stability and prosperity, which in turn can greatly contribute to wider EU stability and prosperity. Setting a new dynamic of cooperation among the countries lying at the Eastern border of the EU on the North – South Axis will advance economic growth and help to bridge the East – West economic gap, within the EU.

Political stability and a sustainable fiscal policy attract foreign investors to the Three Seas countries. Consequently, the growth rate of foreign direct investment (FDI) in CEE countries has risen from 2% in 2015 to 15% in 2018.

Public debt to GDP in the Three Seas

All of the Three Seas countries boast a low ratio of public debt to GDP compared to the EU average, reflecting their macroeconomic stability. As a result, in the event of a sharp economic slow-down, they would have more room to apply fiscal stimuli.

The share of the CEE countries in global trade has increased sharply in the last few years. Exports rose 5% globally and 7.6% in Central and Eastern Europe in 2005-2018 as CEE’s share in global exports increased from 3.4% to 4.7%.

Thanks to fast-growing exports (more than twice as fast as in Western Europe), the share of CEE countries in EU exports has soared with the region ranking among the most open economies globally (reflected in the ratio of exports to GDP). The volume of the Three Seas countries’ exports has reached EUR 800 trillion, demonstrating their strong focus on exports, which have grown from 41% to 57% of their GDP since 2005.

The Three Seas countries are considered an attractive investment destination and enjoy a dynamic growth in foreign direct investment. FDI increased more than three-fold in 2005-2018. FDI CAGR is modestly higher than in Western Europe (9% v. 8%).

A high percentage of the professionally active population aged 25-64 in the former Eastern Bloc countries of the Three Seas region has higher education, representing the region’s huge human potential. Some of the Three Seas countries (including Estonia and Poland) have a well-educated young population (15 years) scoring high in PISA tests both compared to the EU and globally. Young Estonian and Polish students rank above EU peers in mathematical reasoning. Polish youths rank fourth in the EU in text comprehension and third in reasoning in natural sciences. In all three survey areas, Polish students score above the OECD average and come at the top of the global ranking. 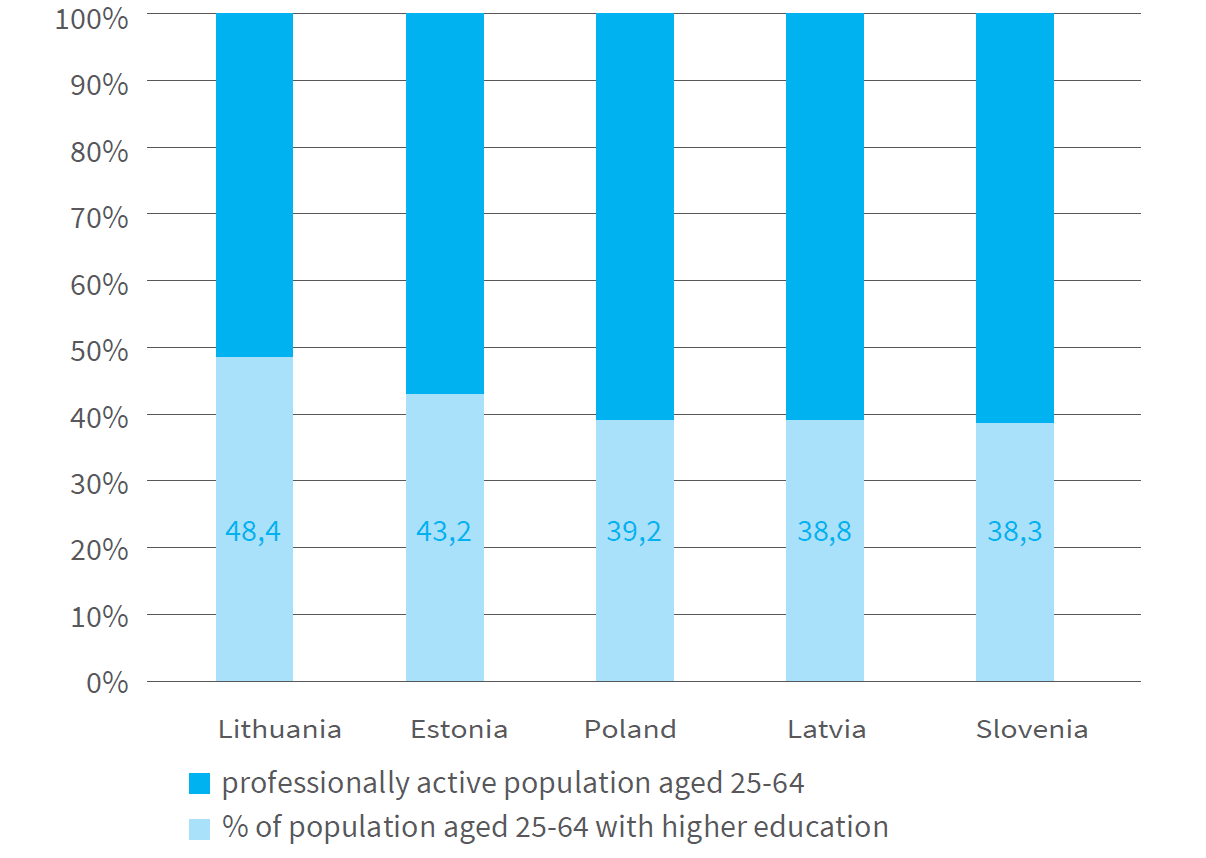 The combined number of STEM (Science, Technology, Engineering, Mathematics) graduates in CEE exceeds those in Europe’s biggest economies. Poland alone ranks above Spain or Italy. Relative indicators (e.g., STEM graduates per 1 thousand population, STEM graduates as % of all graduates) are comparable in CEE and WE.

The combined number of STEM graduates in CEE exceeds those in Europe’s biggest economies.

The Three Seas countries are unique in the EU with their low unemployment rate, driven mainly by a competitive economy and low labour costs. 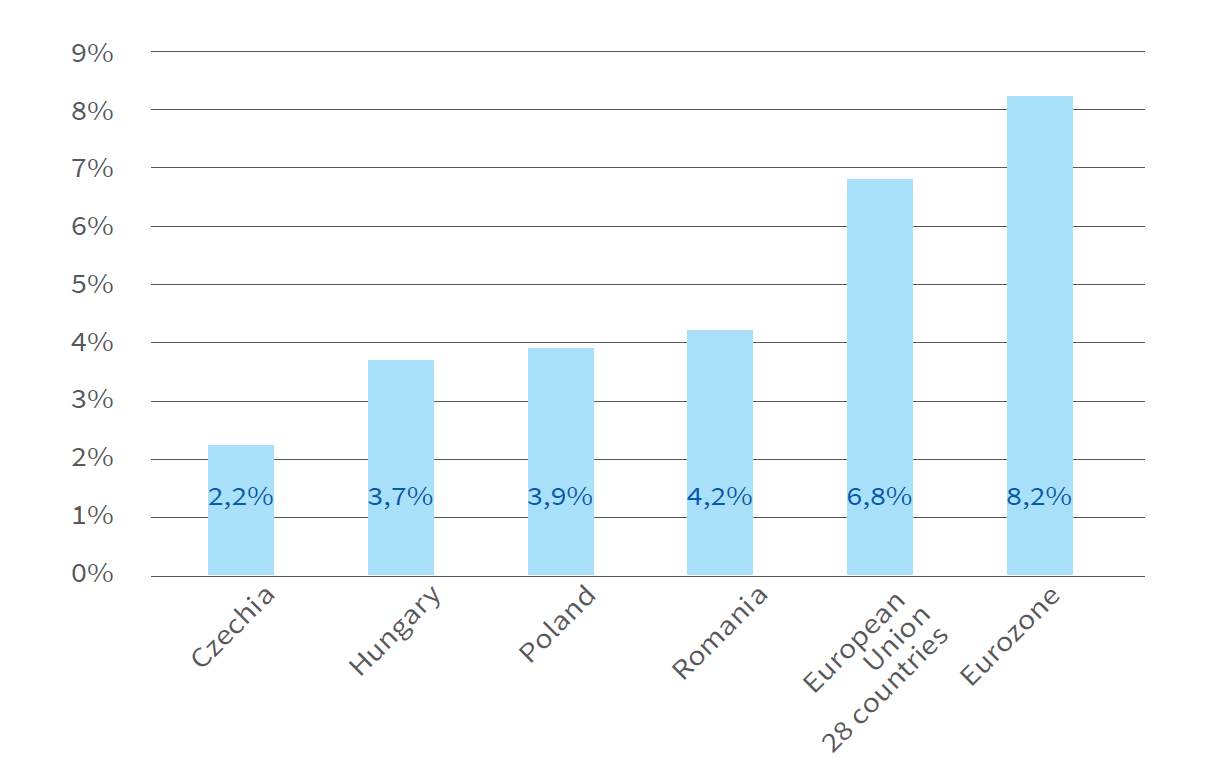