ValueWalk
Home Info-Graphs Trump Has A Huge Impact On The Price Of Gold And Trading... 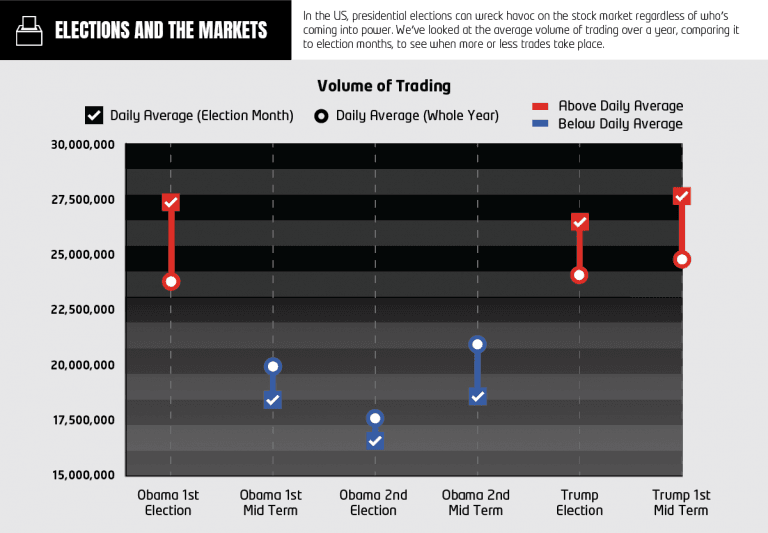 The US Presidential Elections have a huge impact on the world both economically and politically. The markets no doubt become disrupted, but how exactly? Does a Democrat win differ in results from a Republican? Do any have an impact on things like the price of gold or stock markets?

ETX Capital have conducted research into the volume of trading during election months compared to the rest of the year, and whether there is a spike or a drop in activity.

It’s been found that during the month of Donald Trump’s 2016 election, trading volume went up by over 10%, a figure only topped by Obama’s first election nearly 12 years ago which saw a 15% spike in trading.

Will the 2020 election cause a similar disruption in trading activity? Are the already volatile movements in oil an indication of the year to come?

How Trump Has A Huge Impact On The World

The Trump administration has signalled massive changes across America and the rest of the world, but how has this translated to the stock market? Online trading platform, ETX Capital, has traced figures from elections and mid-terms since 2008 to see what the true effects were.

The study has found that the volume of trading in Trump’s first election, and first mid-term were not only higher than previous elections, but than the year in which they occurred.

Gold is a great historical indicator of global financial stability in the midst of rare global events. So far the 21st century has seen some remarkable global events, making a huge impact on the world both politically and economically. But how much sway do these events have on the markets?

To view the full research as well as infographic, click here. 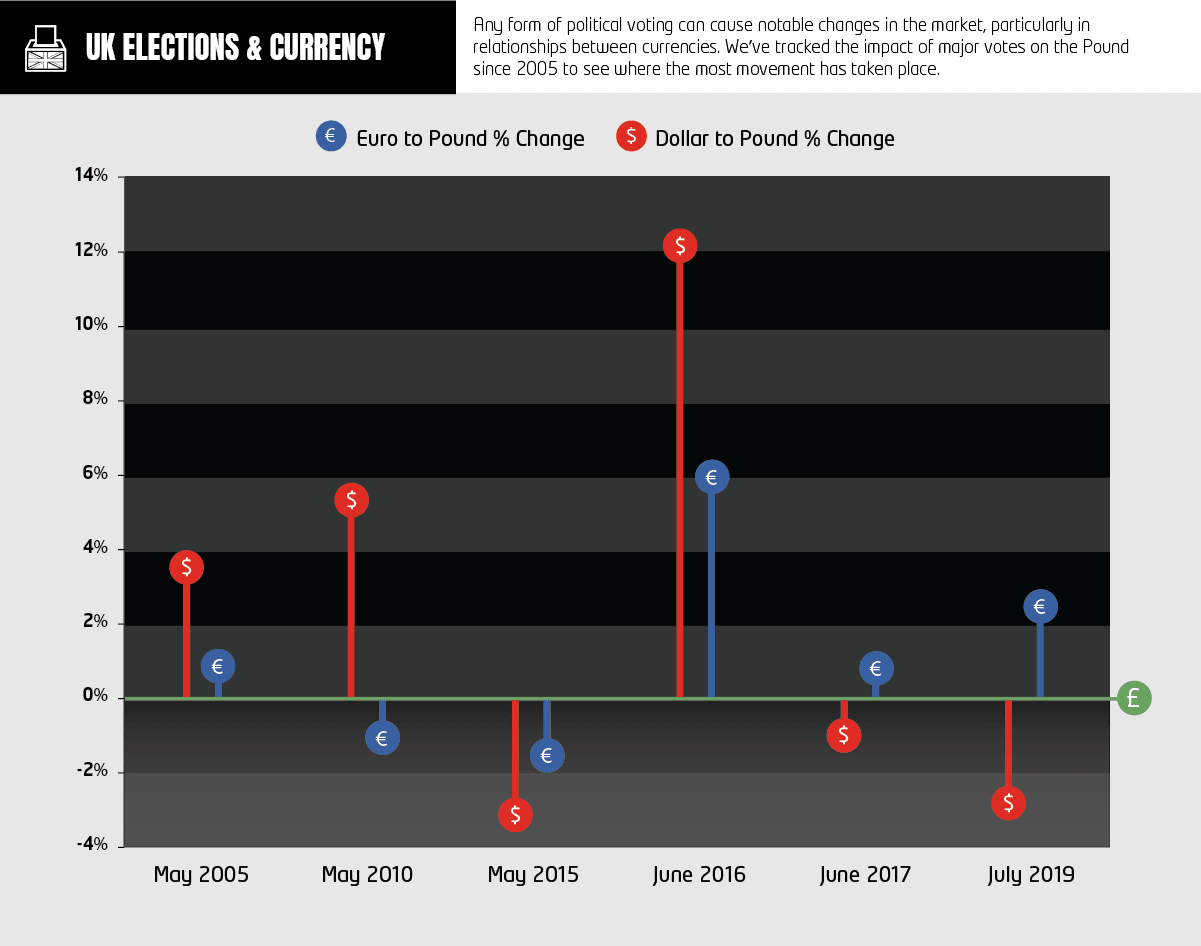