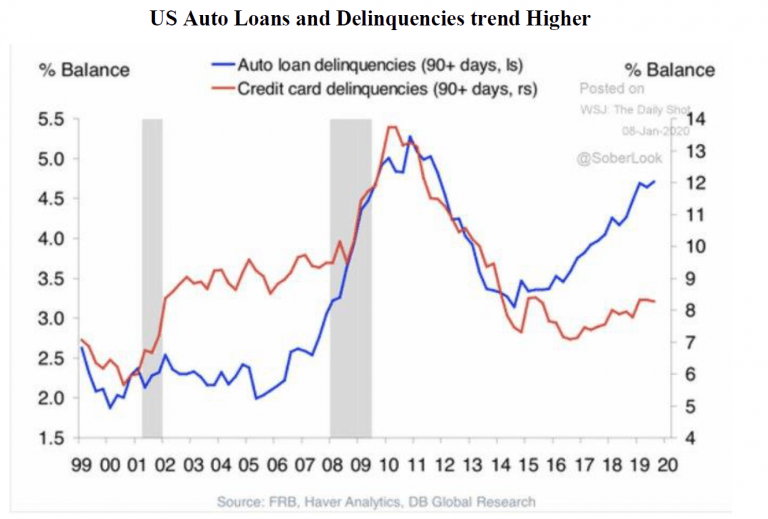 Markets continue to grind to fresh highs; Event-driven Livermore Partners closes 2019 with a gain of 138% percent (Not a typo).

Fourth Quarter began as a very challenging time for the markets. The looming tariffs and threat of a heated trade war peaked in late October. Causing markets to gyrate throughout the month that led up to Halloween. But this time, there was no “trick” and a Phase I US-China trade deal seemed inevitable. Since then, the markets have been on a slow and steady uptrend all the way through the end of December. Culminating the year with the best market returns since 2013 and the S & P 500 index gaining 29%. During that timeframe, Livermore was positioned for higher volatility and took advantage when and wherever possible. Initially, we held strong exposure to select short positions but lowered it materially as discussions with China gained traction. The understanding being market participants will be in catch up mode and thus the potential to push stocks to peak optimism. In the quarter, Livermore Strategic Opportunities, LP gained 43.5% and for the year, we returned an amazing 137.52% YTD in 2019. Our event-driven approach crushed it, mainly through our concentrated special situation investments. Many of which looked undervalued for much of the year due to concerns over a weakening global economy. As the clouds parted, our investments charged hard and rallied to new highs. Providing Livermore its best year ever!

The global economy continues to grow slowly even though we have seen a material contraction in the manufacturing sector. It is the consumer that remains red hot and makes up 70% of the economy. That begs the question: are there any new signs of bubbles forming? Perhaps, just perhaps, we are finally witnessing the end of this extended expansionary period as well as the bull market peak. As you can see from our chart on the next page, automotive loans, one of the pillars of consumer growth, has begun to witness growing delinquencies. This maybe an outlier but perhaps it is not, and as the chart reflects, we could potentially be in for a sharp and sudden downturn by late 2020 or early 2021. I won’t try to speculate on the “when” but we should pay close attention and read the tea leaves. Given this is a key data point metric of consumer behavior. Of note, auto delinquencies are nearing levels not seen in 10 years. Worrisome? We shall see.

Now, on to how we made money and had an exceptional year.

In other positions, we continue to hold select gold miners previously described (Torex Gold, TXG.CN), Highland Gold, (HGM.LN) as well as underlying bullion through GLD given we remain constructively bullish the yellow metal. This is mainly due to global negatively yielding debt as well as to help hedge against an equity downturn. We plan to continue to hold a high allocation to gold in the portfolio.

On individual and select portfolio holdings, most core holdings performed well if not exceptional. Jadestone Energy (JSE.LN), Burberry (BRBY.LN), Banc of California (BANC) all rallied hard. Especially in the strong month of December. Therefore, and into early 2020, we may witness a pullback for the fund.

Livermore also continued to hold short positions to hedge our book and remained short shares of Tesla (TSLA), Shopify (SHOP) and high-flyer, Roku (ROKU). We tend to trade ROKU to take advantage of volatility and profited from the stock several times this year as well as Q4. We crystallized and covered our Wirecard (WDI.F) short to capture a strong IRR as the troubled payment processor continued to spiral downward on further accounting fears.

Livermore searched through the carnage and acquired a stake in Vaca Muerta shale producer, Vista Oil and Gas (VIST). The Vaca Muerta (Spanish for dead cow) is a geologic formation of Late Jurassic to Early Cretaceous age, located in the Neuquén Basin in northern Patagonia, Argentina. It is well known as the host rock for major deposits of shale oil and shale gas.

What was unique about Vista Oil at this time was the company had just completed a $100mm fresh equity raise and market re-listing onto the NYSE exchange. This capital raise was priced near $10 a share. Therefore, as the shares came crashing down immediately after the vote, we began to build a position at an average price of $5. Half the price and market value of the announced capital raise. An amazing opportunity.

Vista is a strong growth company lead by Miguel Galuccio, the former CEO from YPF and founded by energy private equity mammoth, Riverstone Holdings. We met the Vista management team in Chicago the previous year and continued to monitor their progress. With the stock trading at an all-time low and major potential to meaningfully increase future production and cash flows, it was an opportunity we did not want to miss, and we didn’t. On a side note to the story, billionaire and legendary investor Seth Klarman recently filed a 13F stating that his firm, Baupost Group has also taken a stake in VIST. He now controls over 5% of the shares.

On the public relations front, Livermore continues to make a name for itself in the financial world. Here is a link to a recent TD Ameritrade Network interview we gave late in the Fourth Quarter. Describing our strong year, how we are positioned, and what may lie ahead in 2020.

Overall, 2019 has been nothing short of spectacular for the fund. Our goals are to continue to position the fund for higher volatility and select special situations. To deploy our skill-set and unlock shareholder value. Livermore attempts to locate compelling opportunities which carry asymmetric risk. This is always our focus. I continue to feel we are coming into our own as a fund and it is reflective in our strong investment prowess. We are a small but nimble hedge fund but have proven to be so dynamic. We are doing things even larger, much more well-capitalized firms have not accomplished. Therefore, I feel our path and destiny can only get brighter. Perhaps not a repeat of 2019’s performance, it was off the charts. The returns generated come from deep methodical research, excellent timing, and of course, a little bit of luck. I never said we are the smartest or largest, just striving to be the best. Yet, our value-based approach is proving itself and I hope many more investors will one day notice. We have scalability to the fund and many exciting opportunities forming. Let’s see if we can position ourselves for further strong returns in the years ahead. I am again so very thankful for all the support and plan to do well by you as we move into this new decade.