Elliott Management ended 2019 on a high with success stories at targets Hyundai Mobis and German classifieds provider Scout24. The activist investing behemoth decreased its stake in Scout24 on December 30, after the stock appreciated when the company said it was in “advanced negotiations” to sell its auto unit, AutoScout24, Elliott’s key demand.

Scout24 initiated the sale process a few months back after Elliott pushed the firm to do so. Additionally, the activist demanded an “ambitious” share buyback program as a means to correct the firm’s undervaluation and bring it closer to its “true value” of 65 euros per share.

Later in the week, Hyundai Mobis announced plans to select an outside director tasked with protecting shareholders’ rights and interests, two months after South Korea’s biggest auto parts maker pledged to improve corporate governance practices amid pressure from Elliott. The company said it will choose the director from a list proposed by shareholders in a move that is aimed at strengthening the transparency of the group’s governance structure.

Before the year drew to a close, Voss Capital disclosed a 10.4% stake in embattled U.S. health insurance plan distributor Health Insurance Innovations (HII). The sometime activist investor said HII "is one of the most misunderstood companies in the public markets," claiming its shares "do not reflect the high quality of its business, its leading position in the industry, and the company’s potential for long-term revenue, earnings and cash flow growth."

Voss said it believes the company’s individual and family plan (IFP) business "alone is worth at least $250 million due to the conservatively marked contract assets on the balance sheet," and said it intends to help management maximize shareholder value through M&A activity (HII is already undergoing a strategic review following a short attack). The investor added that it might engage in communication with the company regarding board composition and ownership structure, among other matters.

In November, short seller The Capitolist bet against the company, claiming it would face difficulties in transitioning from a short-term medical company into a Medicare Advantage company. A second report was later released, which suggested the company’s connection to its subsidiaries, particularly Total Insurance Brokers, would further endanger its chances of becoming a Medicare Advantage company.

In its third hit against the company in December, The Capitolist said that HII "lacks the internal controls and compliance capabilities necessary to convince those large Medicare Advantage carriers to directly contract with them." The latest report also claimed that a fresh fine of around $2 million from The State of Washington Office of the Insurance Commissioner for the company’s practice between 2016 and 2018 may put a previous settlement with states at risk and lead to a higher fine. The short seller said the deal is dependent on the "company's pledge to maintain compliance as a part of the settlement."

According to Activist Insight Vulnerability, Health Insurance is also highly vulnerable to long activism, with valuation, performance, and activist ownership on the list of weaknesses.

The number of global companies subjected to balance sheet-related activist demands in 2018 and 2019. 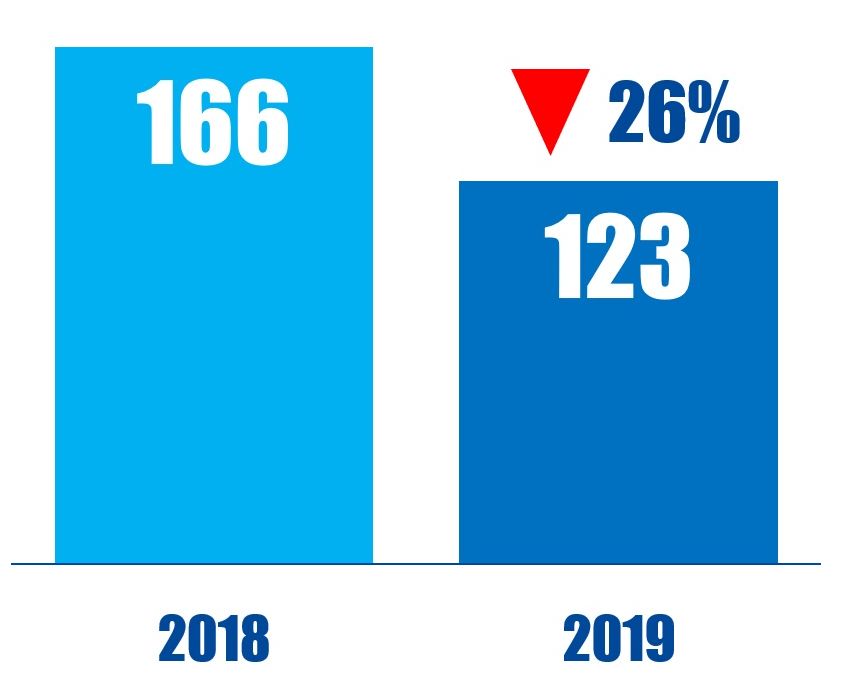