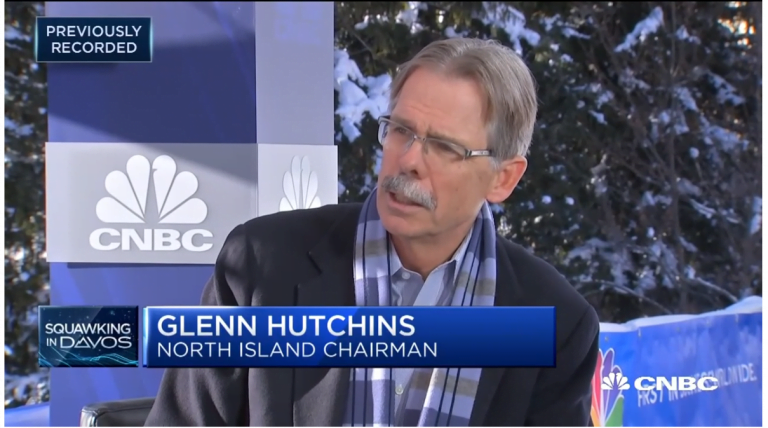 BP CEO Bob Dudley on stepping down as CEO, sustainable investing and more

I think in terms of oil prices, the fact that the U.S. is now the largest oil producer has created a dampening effect on oil prices. So, I don't think the volatility will happen like it has happened in decades before. It is quite a game changer for the U.S. to be such a big energy producer.

DARA KHOSROWSHAHI: He sold his shares. And we had a discussion about the board. And he brought it up, and I agreed.

The vision for growth is absolutely there. But it is growth that makes sense. And we've been sellers in some spots and we've been buyers in some, as well. And the point is, consolidation has got to happen. There's been too much capital chasing too many companies, which makes sense when you’re growth-growth-growth mode. But, at some point, that growth has to consolidate, so that you've got growth and you've got consolidation, and you've got two or three players in the market instead of four or five players.

As opposed to making two bets alone and kind of competing against each other, we’ll take a stake in Zomato. The Zomato business and our rides business now have a commercial agreement together. And we're going to be strategic partners. And we're going to grow through them in a way that makes sense.

We're in 65 markets on a global basis. We're the largest food delivery player globally ex China, by far. our food delivery business continues to grow well over 50%. But you want to have profitability, along with growth,

Dara Khosrowshahi on We Are Public Now:

We're public now. We're the biggest player now. We are the largest player in most of the markets that we compete with. So, this consolidation and investors expecting profitability sooner rather than later, we are structurally set up more efficiently and more optimally than anyone else to move to profitability. So actually, this environment is perfect for us.

Dara Khosrowshahi on Rooting for Lyft:

Sanofi CEO Paul Hudson on the coronavirus, the FDA, drug development and more

We have to line up the incentives. Let me give an example in vaccines. You know, we have to make a vaccine, you know, to stop somebody getting infected, six and seven and eight years in advance. So, it's a big investment. We have to stockpile that in case of challenges, which we do. But often we're asked to get much lower in terms of our prices, and it's very difficult to reconcile the two things.

We have got to compete in this world against every country. And so, you want to have innovation flourish. And you have got to balance that with security. So, if you said, ‘Completely regulate AI,’ that's not the answer. The answer is to say precision regulation.

We returned the company to growth under any metric you look at, 3%. But I think the big thing, and you’ve asked me about it before, is this demonstrated the acquisition we closed of Red Hat, IBM and Red Hat are better together. So, Red Hat had record, record growth. It had its first billion-dollar quarter. IBM lifted with it. And IBM, with what we’ve done in change of our portfolio, and the cloud accelerated through the whole year, 23% growth. And this to me is what is now, what you just said, that has now put us in a position of growth for—sustained growth. 2020, we said revenue, we said EPS, free cash flow, and margin expansion.

The climate crisis is out there. The carbon emissions are going up. If we want to imagine a world where everyone is poor, which is 80% of the world, can have the same sort of lifestyle the advanced economies do, we need to radically reduce the carbon intensity of the economy.

Glenn Hutchins on The Fed:

The Fed is not going to tighten and make a recession. They don’t want to do that.

The Fed doesn’t really care about market levels. What they care about is the market as a transmission of policy to the real economy. So, when the real economy does falter with respect to unemployment or growth, and that can come as the market transmissions to do that, primarily interest rates effecting borrowing levels or wealth effect effecting consumption. But as long as it’s just the markets moving around, that’s not within their mandate.

People are all looking at economic data, and concluding – reaching one conclusion from it. They are looking at the markets and reaching a different conclusion, or wondering why the two seem to be different. We have to understand, the numbers are backward, or the economic data, pardon me, is backward looking. What happened in the fourth quarter, right? The markets are forecasting the future. And so, the markets right now are saying something very different with what they expect for the future than what the economic data is showing has happened in the most recent past.

Climate issue is not being dealt with in a candid way: Hoover’s Ferguson

Reputational capital is hugely important. And it can be destroyed in a day.

The climate issue is not being dealt with in a candid way. because if it were there would be some acknowledgement that 60 percent of the increase in CO2 Emissions since Greta Thunberg was born is attributable to China, but nobody talks about that. They talk as if it’s somehow Europeans and Americans who are going to fix this problem.

India’s responsible for about 18 percent of the increase of CO2 emissions in Greta Thuneberg’s lifetime. But she goes to New York and she comes to Davos, I don’t see her in Beijing or Dehli. And that’s I think the missing link in this discussion.

Ian Bremmer on Not Altruism:

When I see Larry Fink, when I see Satya Nadella, I actually see money being moved in a way that will matter for both of their industries over the next 10 years. Because I think they see the world is changing. Not because they’ve suddenly become altruists overnight.

Sanjay Mehrotra on Pleased with Deal:

The Phase One deal has certain important aspects that have been addressed such as IP protection and enforcement, which of course, is important for the semiconductor industry and certainly important for Micron’s business.

IP protection is not just important for Micron or the U.S. semiconductor industry, it is actually important for all large multinational companies, including actually the companies in China.