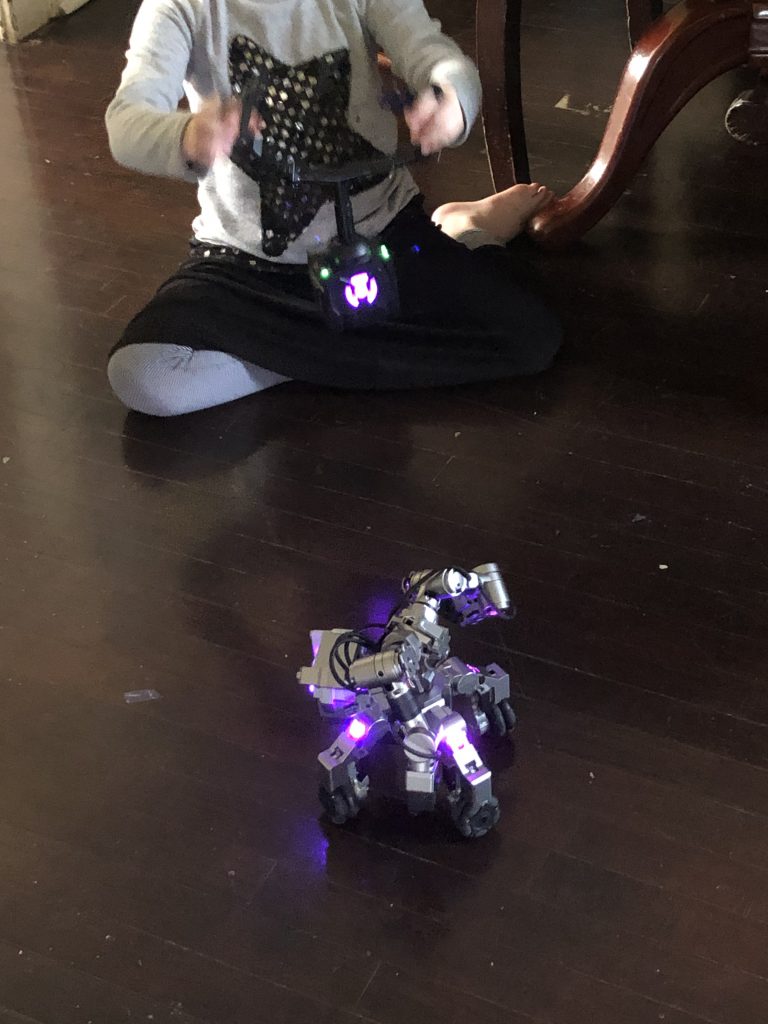 If you are looking for a birthday gift for anyone who loves robots, then the GANKER EX could be the perfect option. This is not any ordinary battery/remote-controlled robot. Rather, its unique selling point is Man-Machine Synchronization, which means it can mimic players’ actions in real time.

It is claimed to be the first consumer battle robot featuring Man-Machine Synchronization technology. As already noted, this technology allows the robot to mimic the player’s movements instantly or in milliseconds. For many, this tech-heavy robot could be something they have always dreamed of owning.

The robot comes with a remote control that bears a similar structure to the robot, such as having hands. Thus, when you move the hands on the controller, the robot will perform the same action, thanks to the motion capture technology. In addition to the actions, the robot also mirrors your movements as well, such as turning around.

If you think it might be a slow robot with clumsy movements, then you need to think again. The GANKER EX is equipped with the best available technology, including four motors, omni-directional wheels for 360-degree high-speed movement and nine servo motors to quickly mirror the player’s movements.

The best part of this marvelous wonder is the ability to battle. That means if you and your friend have this little robot, the two of you can duke it out in a ring. To help you decide the winner, the robot comes with an advanced electronic scoring system. The scoring system is so advanced that it can even recognize the amount of force in an attack or the power behind a punch. The lights on the robot flash when there is a hit. There are more indicators as well to provide you with a fair play experience.

If you want to delve deeper, you can even connect it to your mobile device via the GANKER EX app (both Android and iOS). The app will feed you all the data you need, including real-time health, battery usage and damage information. Moreover, players can choose from three modes: duel mode, one-punch mode, and training mode.

Another fun element of this robot is DIY. You create armor and weapons for your robot. In fact, you can even create your own robot. You can quickly assemble or disassemble the robot (no need of screws or any tools) to give it a new appearance, structure or fighting skills.

If after playing for awhile, you feel that you and your robot are ready to take on the world, then you can do that as well. You can even compete with contestants worldwide via the GANKER ARENA.

If you still have doubts about this robot or feel it is too good to be true, then just take a look at this video below to learn more:

Now that you are just as impressed and mesmerized by this little wonder as I am, here are the purchase details. You can buy this amazing robot via Amazon for $499.99.

Right now you can get the device with a big discount using code GANKEREX.

Disclosure: The company was kind enough to send me the robot in return for an honest review of the product