Despite Flexible Hours, freelancers and entrepreneurs are Most Likely to Struggle with Work-Life Balance

Recent trends have shown the increasing importance of work-life balance, pointing to an evolving workplace that prioritizes flexible work environments and stimulating work experiences. However, recent studies show the balance of work-life shifts as people transition from different career paths, such as from employee to entrepreneur and even freelancer.

In a recent survey, eachnight asked over 1,000 people about how their careers affect their personal work-life balance, including different aspects of their life, such as sleep, finances, work hours and family interaction.

As the gig economy, filled with freelancers and entrepreneurs, is projected to grow to half of all jobs in the US economy by the end of 2020, the balance is surely to evolve in the years ahead – here a few takeaways from the study.

Freelancers and entrepreneurs and life satisfaction

Regarding leaving work behind at the office, employees were most likely to avoid work during vacation, around family and checking and/or sending emails after work hours. On the other hand, less than 42 percent of freelancers avoided work during vacation and an overwhelming 87 percent said they talk about work outside of work hours.

Though a reemergence in the gig economy has given freelancers the flexibility that a regular 9 to 5 might not offer, the market still provides several benefits to employees that freelancers and entrepreneurs miss out on. However, with the gig economy rapidly expanding across the country, businesses may need to reconsider how to attract and satisfy top talent outside their organizations. 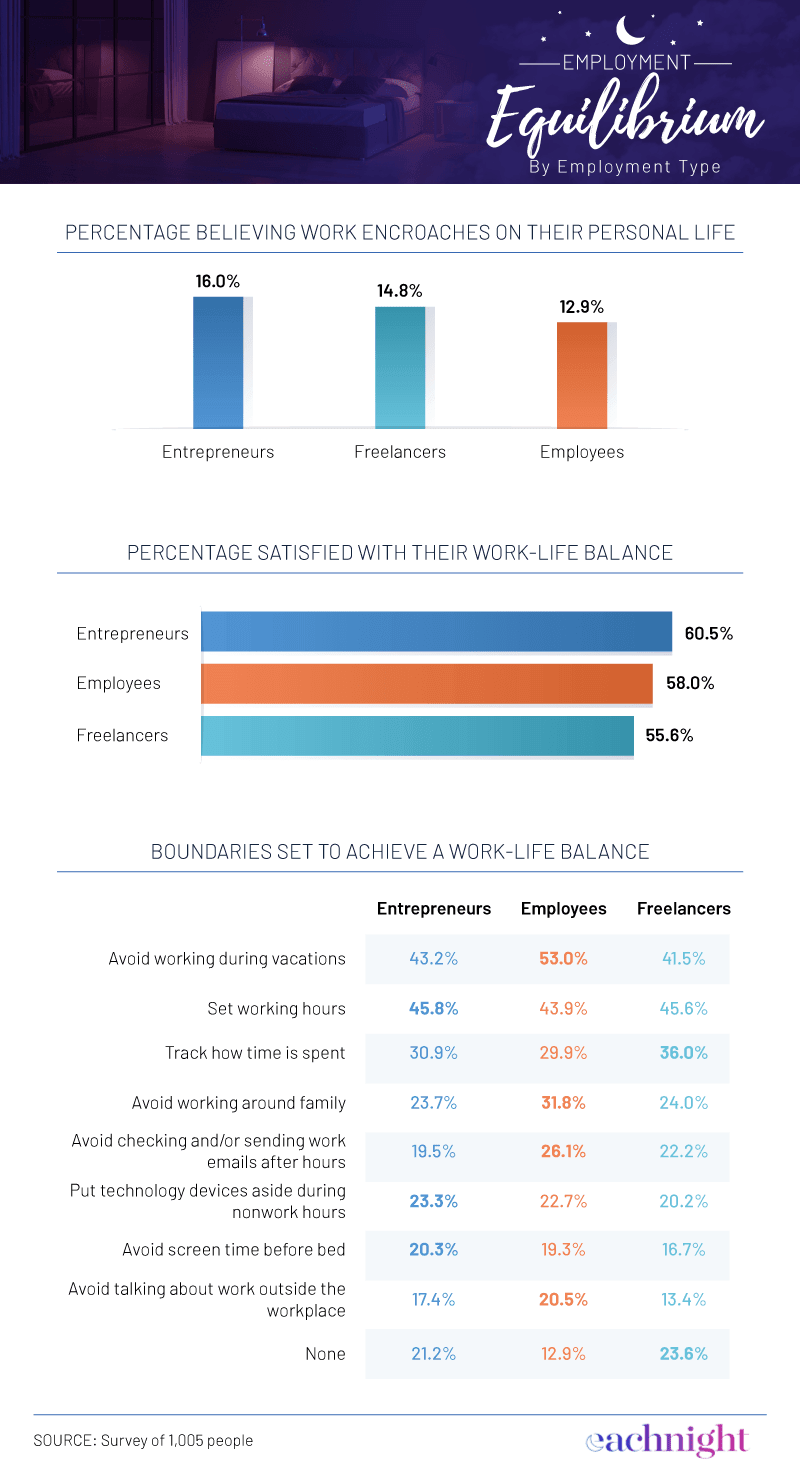