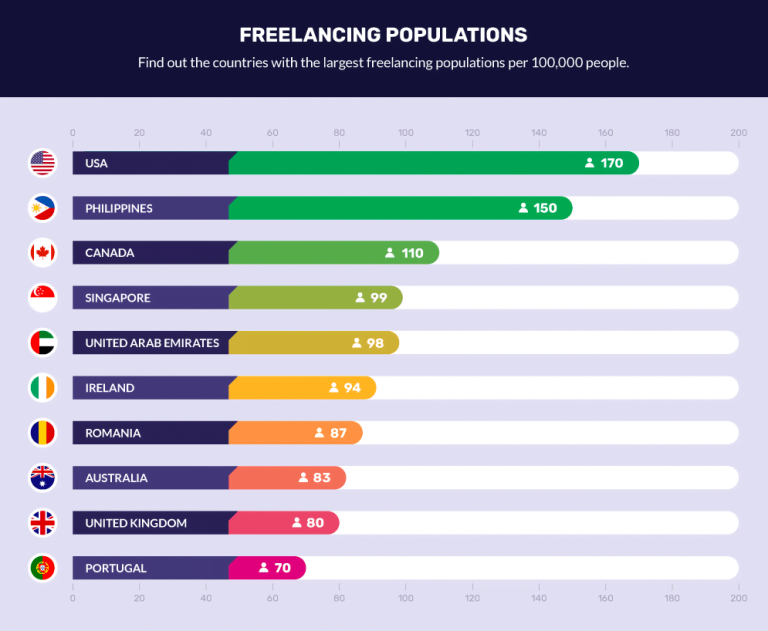 Dubbed the ‘global generation’ over half of all millennials would consider moving abroad for work opportunities, and an increasing amount are starting their own business ventures. With possibilities of owning a home becoming increasingly difficult in the world’s cities, rent prices soaring and the political climate changing, research shows that millennials are less financially stable compared to previous generations. But this isn’t just an age-related factor – since the economic crisis in 2008, the freelance economy has seen a surge as workers were forced to think about different ways to finance their lives. A shift in norms has also inspired a generation to opt to work independently, with more people thinking about how freelance jobs can help  avoid long working hours, building other’s dreams and creating their own streams of income.

In new research by SmallBusinessPrices.co.uk, it was found despite Paris being the number one destination for working as a freelancer or working remotely, currently 41% of French freelancers would prefer to continue working independently and find more clients, whilst 32% would prefer to return to a full-time salaried position.

This was similar to the UK’s response, with 30% of freelancers wanting to continue, whilst 21% saying they would like to find a full-time role.

Brazil, India, Indonesia and Sweden had more than 50% of freelancers say they wanted to continue freelance work, with Spain, Japan and the United States following closely behind.

The Top 5 Cities for Freelancers and Remote Workers

“In a new digital age, working from home or being a freelancer has become much easier over the last five to ten years. The use of social media to build networks, apps, and websites such as Fiverr or PeoplePerHour to find jobs, mean that people can find their dream job in a matter of a few clicks. The research produced is to highlight those cities where opportunities to become a freelancer are widely available along with consideration of living costs and general day-to-day needs.”

Top Tips on getting freelance jobs

Here are five tips to ensure you can make the most out of becoming a freelancer, and the best ways to make sure you don’t burn yourself out.

To see which cities are the best for freelancers or attitudes to freelancing from around the world in more detail, you can take a look at SmallBusinessPrices.co.uk’s research here.