ValueWalk
Home Info-Graphs Getting a Job in High School Will Put More Cash in Your...

People want to be successful. Whether it’s financial fulfillment, educational attainment, or just an overall desire to have good moral character, Americans want to achieve a meaningful life and that could all start with a job in high school.

However, it’s worth noting that many of us take our advice on success from millionaires who have already achieved more than most people. A new study by DIRECTV sheds hope: We don’t have to look in deep pockets to find indicators of success. According to the broadcast service provider’s research, who you were in high school may be an indicator of how successful you’ll be as an adult.

Back in High School

More than 1,000 Americans in DIRECTV’s study shared what labels they took on in high school – you know: jock, stoner, loner, prep, geek – and nearly 63% identified as the joker or class clown. Although the majority of high schoolers told jokes between class periods (or even during class), learning did happen: The benchmark for educational success among the group was a bachelor’s degree. So if you’ve achieved a four-year degree, you’re already successful among your peers. But is that enough?

It depends on who’s doing the judging. According to “The Success Index,” a report from Populace and Gallup, how we define success is different than what we believe others in society would determine.

Unfortunately, for the people who only pursued an undergraduate degree, Populace and Gallup found that most Americans believe “having an advanced degree” is a marker of educational success for themselves and according to society’s expectations. Luckily, 23% of drama students are in the clear: DIRECTV’s findings show they went on to achieve the highest level of education, with nearly 1 in 4 receiving a master’s degree.

What About Financial Fulfillment?

Educational attainment is only one measure of success. “The Success Index” reports that fame, parenthood, and finances make the top of the list for how Americans measure success.

Rebels are known for causing a stir – going against the status quo. Entrepreneur Rafael Badziag told Business Insider that “billionaires are nonconformists” who have an “appetite for smart risk-taking.” So troublemakers from high school hold the potential to become the most financially successful.

But the jocks never go down without a fight. DIRECTV’s findings show that people who self-identified as jocks in high school made the most money as adults, on average. The athletic kids made more than $50,000 a year in adulthood.

Get A Job in High School: You Define Success

Success is difficult to define, especially in today’s changing times. Do you remember when a high school diploma was enough to be considered successful? Now a bachelor’s degree isn’t enough; a postgraduate degree determines educational achievement.

As we work to better understand what makes an individual feel successful, it’s important to remember that we have the power to decide what makes us successful. We are capable of meeting the standard. 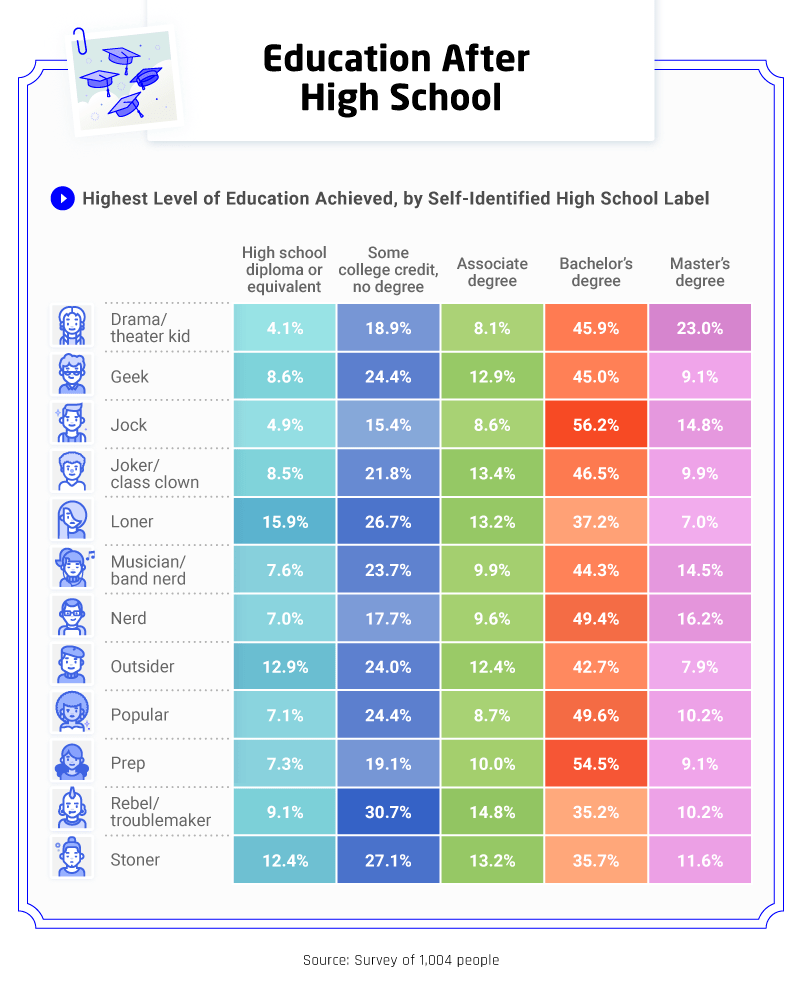 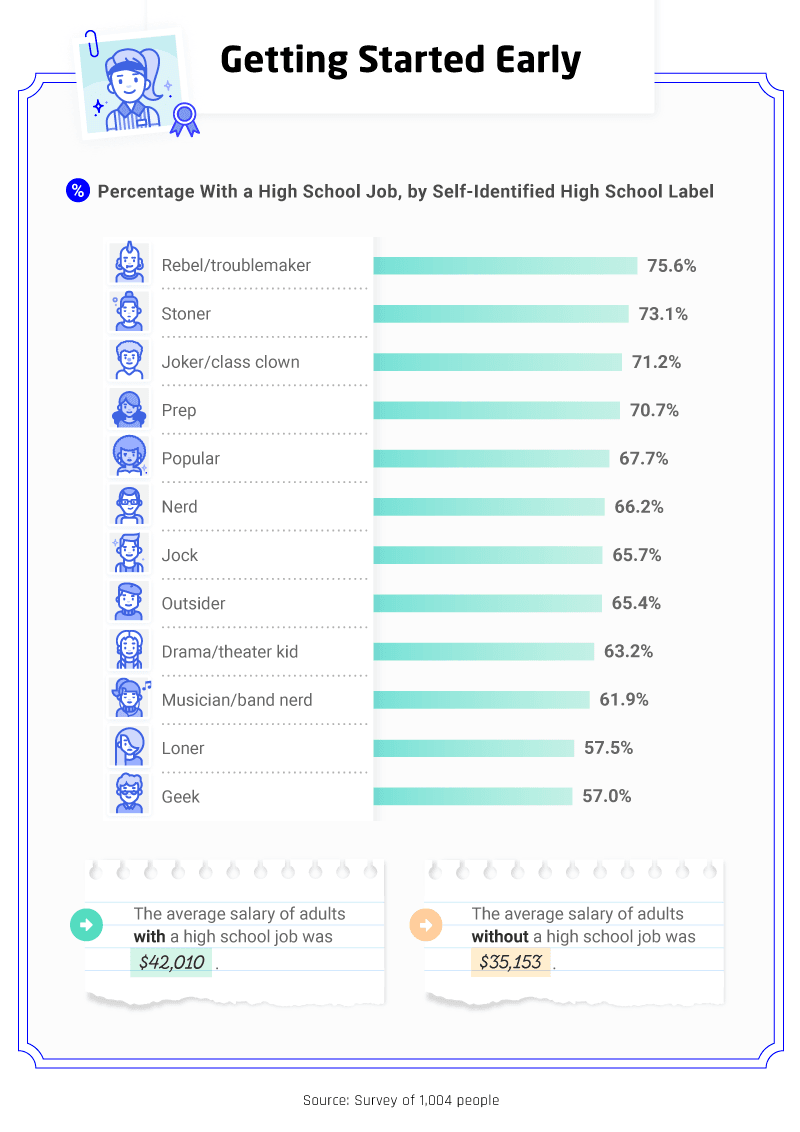 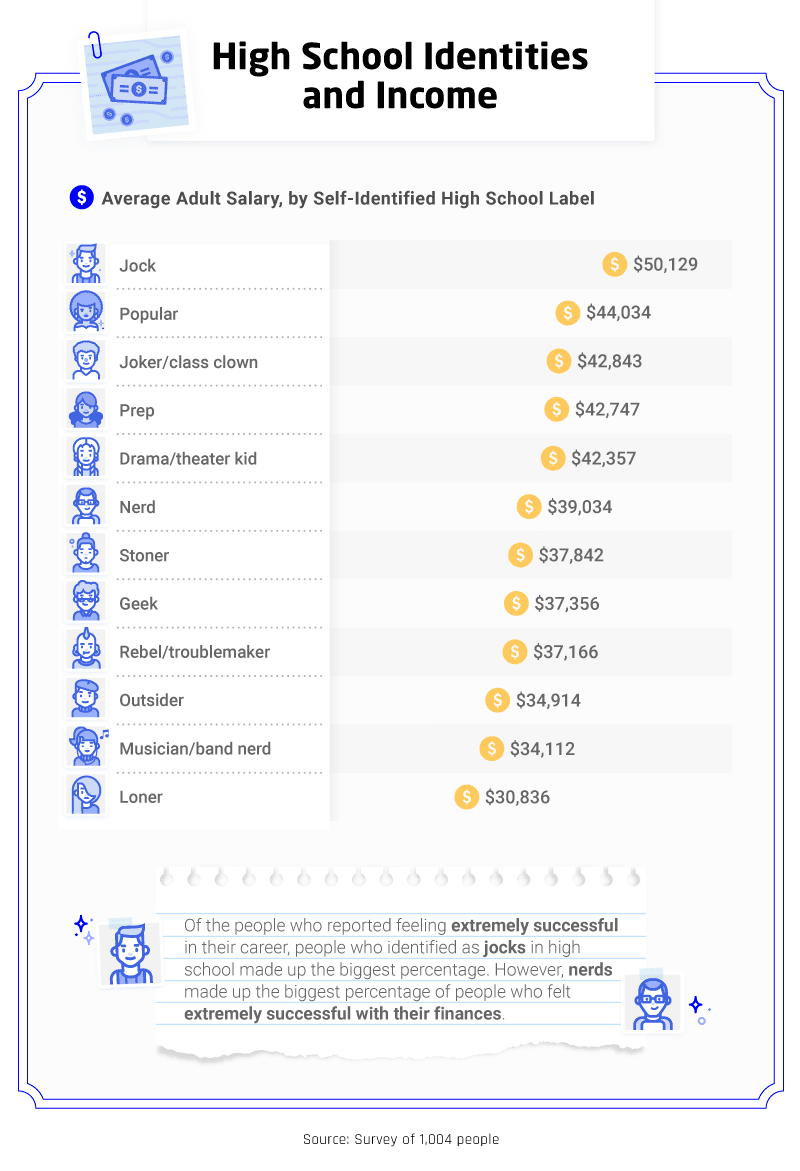 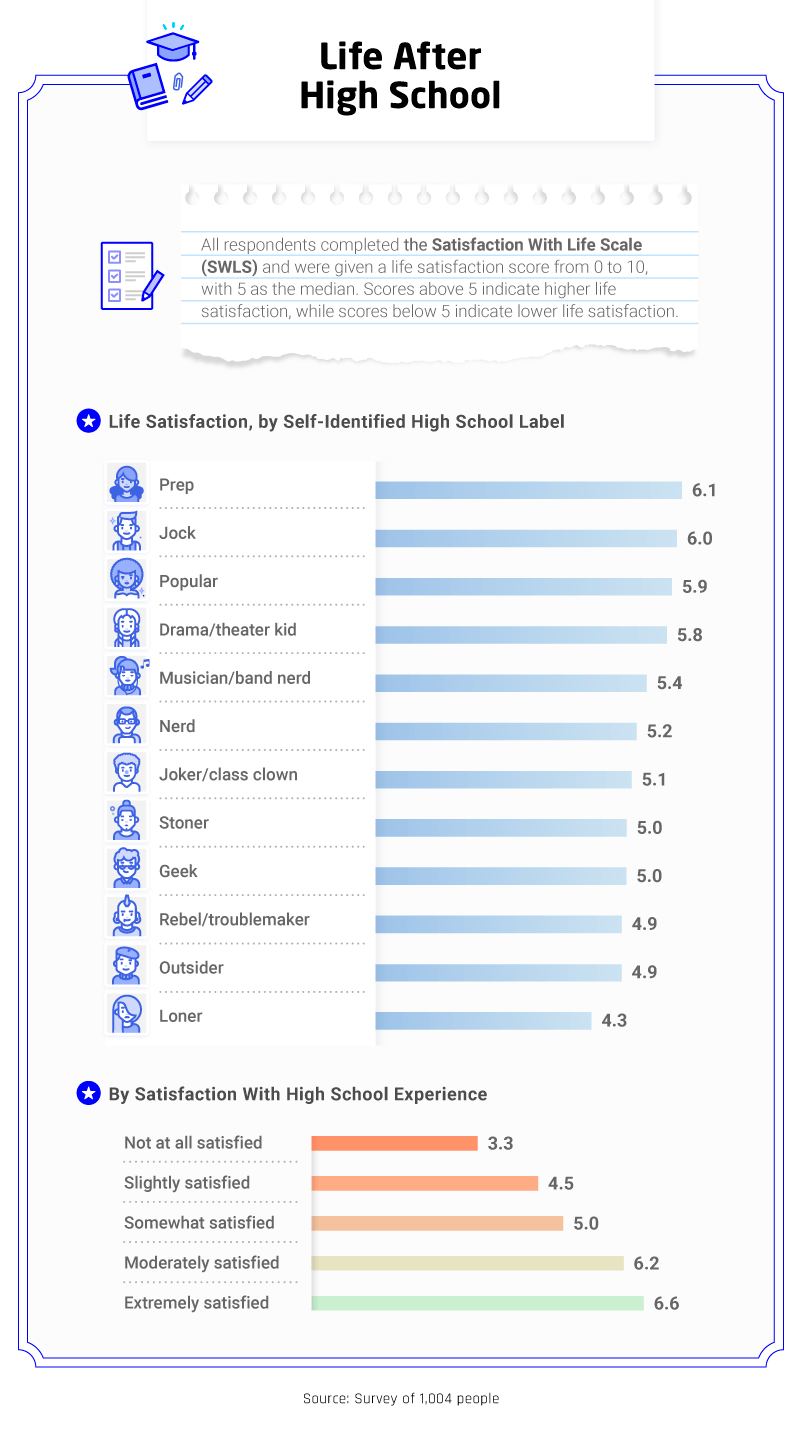