ValueWalk
Home Business Are We Approacing The End Of The Business Cycle? 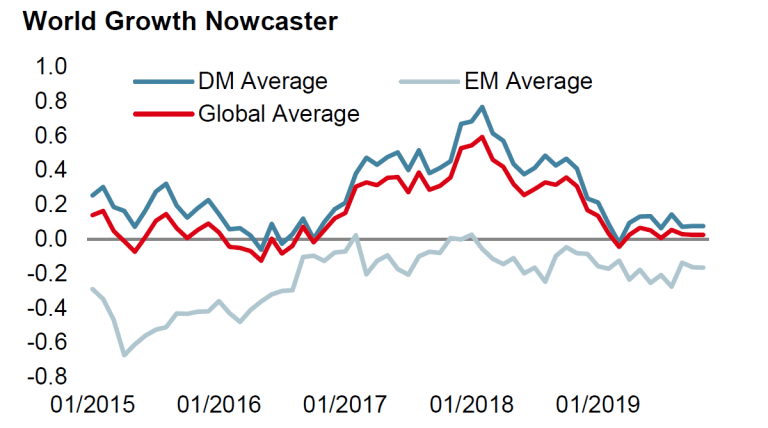 As the new decade approaches in the coming weeks, which are the key elements that are likely to persist from those that we have seen in the years that have followed the Great Financial Crisis? In our view, from an economic perspective, there are two important (and connected) facts that best characterise this period. Firstly, it is the first recession-free decade in US economic history. Secondly, never in the modern era have central banks owned as many financial assets as they do today. Will this situation last over the years to come, and what will it mean for asset allocation?

The End of the Business Cycle?

From the 1970s through to 2008, the US economy has faced seven recessions, as measured by the National Bureau of Economic Research. That amounts to at least one every decade. These periods were characterised by specific contexts. We had the “great inflation” from the mid-1970s to the mid-1980s, the “great deregulation” during the 1990s, and the “great moderation” between 2003 and 2007, as defined by Stock and Watson, who made reference to the low volatility of macroeconomic data observed after the tech bubble and before the Great Financial Crisis (GFC). Over these four decades, the business cycle mattered for the US economy, with phases of expansion, overheating, slowdown and then recession. We also observed a large variation in inflation, labour costs and energy prices.

Although we had a European recession in 2012 and saw a slowdown in emerging markets, the current decade will be the first without a US recession. More importantly, the volatility of key US macro data, such as GDP, consumption, investment and consumer prices, has never been as low as during this decade. It is even lower than that seen during the “great moderation”. Since 2010, realised volatility for US GDP growth has been 0.7%, compared to 2.2% in the 1970s and 1.4% between 2000 and 2010. One can observe a similar pattern for inflation: 1.4% this decade versus 2.3% in the previous one. With variations in economic activity becoming smaller and smaller, does this point to an end of the business cycle?

The Situation Reflects a Changing US and Global Economy

There are usually three key dimensions which best characterise an economic context: monetary policy, fiscal policy and global trade. Over the last ten years, each of these have evolved markedly. Central banks across the world have strongly supported activity with accommodative monetary policy through “traditional” rate cuts initially and then quantitative easing. That support pushed things into uncharted territory for three reasons: 1) the move has been synchronised across the world; 2) the size of liquidity injections has been large; 3) the length of the support has never been seen before. Fiscal policy has been either supportive, like in the US and China, or neutral, as in Europe or Japan. Finally, the growth in global trade has been negative over the last ten years for the first time since 1960. Data from the World Bank showed that merchandise trade increased from 16% (of global GDP) in 1960 to 47% in 2010, increasing by around 10% of global GDP per decade despite recessions during this period. Currently, it represents 46%, a lower number than ten years ago and sharply lower than the peak of 52% observed in 2008 before the GFC. This is largely due to a deleveraging of the global economy and illustrates how the drivers of the global economy have changed.

In our view, the lower variation in GDP stems mainly from a higher weight of services in the US and the global economies. Consumption of services currently represents 18% of US GDP vs 11% in 1970. Data from the IMF also highlights that trade in services has continued to grow over the decade, rising from 10% to 13% of global GDP over the period, while trade in goods has declined, as mentioned previously. Services are less cyclical than manufacturing activities. Consequently, their rising weight in the global economy and in employment creates lower changes in inventories, which feeds into more stable supply chains and thus a more stable economy. 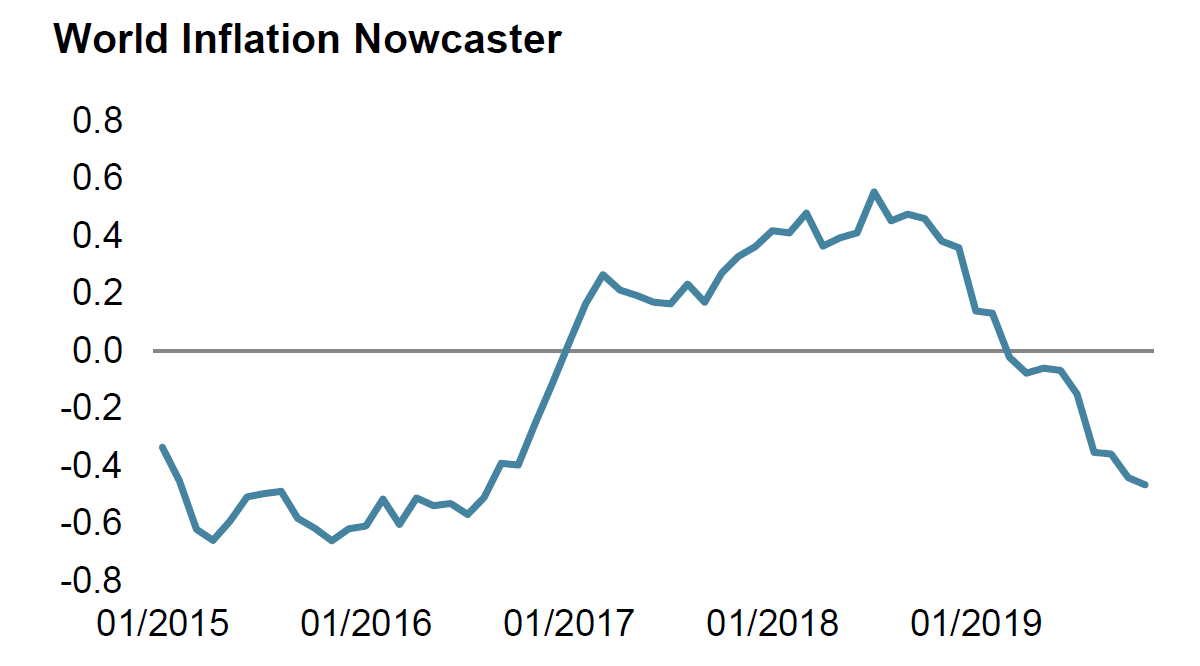 These changes in the structure of the global economy have increased polarisation across sectors, countries and political systems. The impact of these factors has increased over the last few years. Polarisation has concerned “Disruptors” versus “Disrupted”, “Services” versus “Manufacturing”, “Rates sensitive” versus “Rates non-sensitive” and “Exposed to globalisation” versus “Non-exposed”. Consequently, the winners of the decade, mainly big tech companies, are not the same as in previous ones: essentially cyclical companies benefiting from globalisation (such as in the materials sector).

The dispersion of returns within asset classes has also increased. As an illustration, the gap between value stocks and growth stocks is at a record high. Since 2009, the MSCI World IT index has delivered 15.4% a year on average versus only 2% and 5.8% respectively for the MSCI World Energy and the MSCI World Bank indices. Over the same period, the MSCI World index has outperformed the MSCI World equal weighted index by 29%. The main consequence of this trend is a rise in inequality because new winners benefit from the “first takes all” theory that tend to create oligopolies.

While inequalities in developed and emerging countries have expanded due to lower GDP growth, it is clear that governments and financial institutions will do “whatever it takes” in the future to prevent any economic shock in order to maintain social stability. As a result, a supportive policy mix would last, and potentially be amplified, in the case of an economic slowdown. We believe that this will maintain the volatility of macroeconomic variables at a low level, reduce the risk of large shocks and reduce the probability of sustained financial turmoil. Consequently, we expect a reduction in the risk premium of most liquid risky assets.

Does this mean that equities will become the new bonds, delivering income with a low risk of drawdown? Based on returns delivered during the current decade, we would argue yes. Over the last nine years, US equities have returned the best excess return on average since 1986 (13% per year), higher than those seen in the 1980s (9%), 1990s (12%) and those delivered between 2000 and 2009 (-1%). The Sharpe ratio has also improved, while realised volatility has been consistently lower on an historical basis since 2010. We observe a similar pattern for US high yield. This result is even more exceptional because it has been realised in a context of low growth and low inflation. We are all aware of the magic driver: low interest rates. Will they stay low in the coming years?

Of course, it is always difficult to make forecasts for asset returns for the next decade. Who would have forecast in 2009 that negative bond yields would represent more than 30% of the Barclays Global Aggregate market capitalisation? Ten years ago, everybody thought that accommodative monetary policy would be inflationary. Who would have guessed that despite the biggest monetary experiment of all time, that there would be no inflationary pressures.

Our conviction is that the world has changed and that, for different reasons, central banks will remain active and supportive. Rather than debate the legitimacy of this stance, we prefer incorporating this element into our asset allocation as fact and anticipating what kind of consequences this will have on investors and the global economy. Our view is simple: bond yields will remain at low levels, and that the probability of us singing David Bowie’s “Golden Years” in 2029 is not negligible.