Millennials have been characterized as outspoken advocates of their opinions and passions. And thanks, in large part, to social media, many have the platform to express their opinions and causes closest to their hearts. But do these passions extend to the professional sphere? Does this generation find work meaningful?

The overwhelming majority of millennials say it is either ‘somewhat’ or ‘very’ important that the work they do has a positive impact on the world. However, only two out of three millennials believe that the work they’re currently doing is “meaningful,” slightly contradicting their responses indicating the importance of meaningful work. When pressed further and asked what motivated their career decisions, the study revealed many are motivated by things other than altruism. Only 39-percent of millennials said they pursued their current careers because they found them to be meaningful, while the remaining 61-percent cited things other than meaning as the driving force behind their decisions.

The study also revealed that millennials do not necessarily associate greater meaning with career success. When asked the question: “how would you like to improve your career,” the overwhelming majority (87-percent) said they wanted to make more money. The response which garnered the second-highest number of responses was a better work-life balance. Only 34-percent of millennials said “more meaningful work” would improve their career or make them feel more successful.

How important is meaningful work in connection to a person’s happiness? According to Olivet Nazarene University’s study, one in four believes their work or their company exploits people in some capacity. And of those who believe their work is exploitative, they report an average happiness of 4.1 out of 10, while the average worker reports an average happiness of 7.0 out of 10. The study also found that many who work for perceived exploitative companies feel trapped, with 39-percent of respondents in that category saying they feel like they can’t get out of their current position. 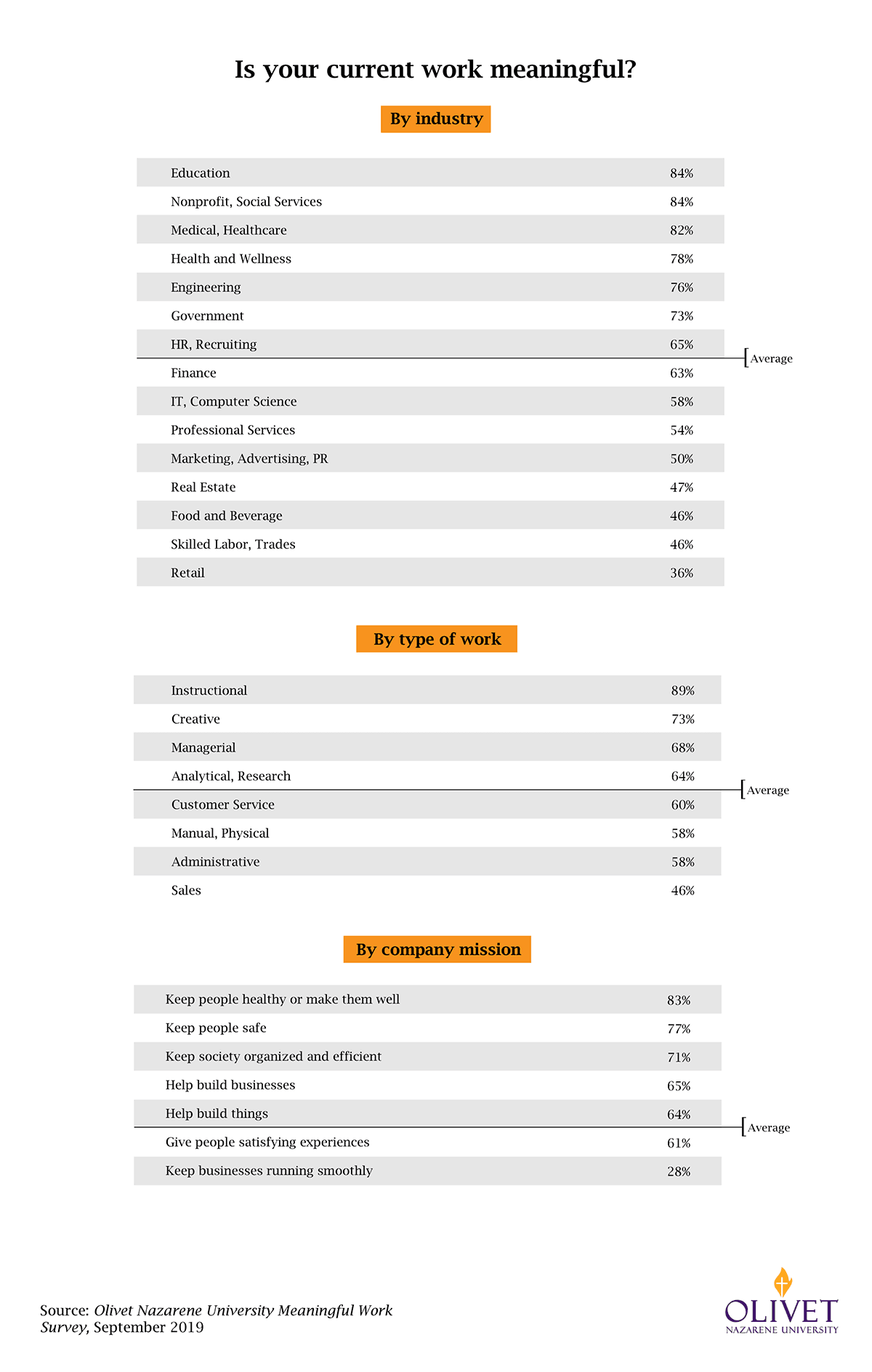