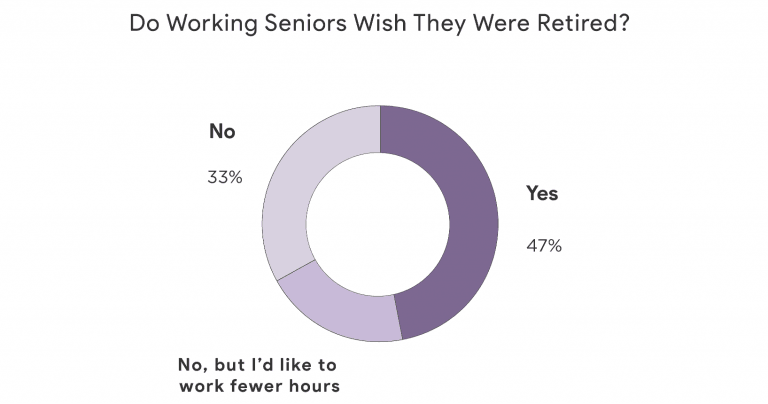 The senior citizen workforce, ages 65 to 74 years old, is expected to hit 32-percent within the next three years, according to the Bureau of Labor Statistics. While some seniors stay employed because they enjoy the work, for others their employment status is out of necessity.

To learn more about why seniors are working past the traditional retirement are, and how often they work, Provision Living surveyed, 1,000 seniors ages 65 and older who are currently employed. The majority (62-percent) say they’re still working for financial reasons, with the biggest motivator being a lack of retirement savings. More than one in three working seniors who cited financial reasons says they can’t currently afford retirement, while one in four said they continue to financially support their family.

With more than half of seniors working part-time (55-percent) and the remaining maintaining 40 or more hours a week of employment, the question becomes, do seniors wish they were retired? When asked nearly half answered “yes.” Provision found that many expected to be retired by their current age, with the average respondent saying they expect to retire by the age of 72. But it’s not all financial motivation. Some 38% of working seniors surveyed said they enjoy working and have continued to stay employed for personal reasons. Nearly half say they still enjoy the work, while one in five say they continue to work to combat boredom in retirement. An additional 16-percent said they enjoyed their full time work but transitioned to part-time status when they hit retirement age. The average age working seniors say they transitioned to part time employment was when they turned 61.

But with an increasing number of working seniors still punching the clock, what does that mean for an aging workforce? When asked if they felt any physical or mental limitations trying to complete their day-to-day work tasks, 44-percent said they did. An additional 36-percent said they actively fear being laid of from their company because of their age, and 33-percent have experienced the negative consequences of ageism in the workplace. 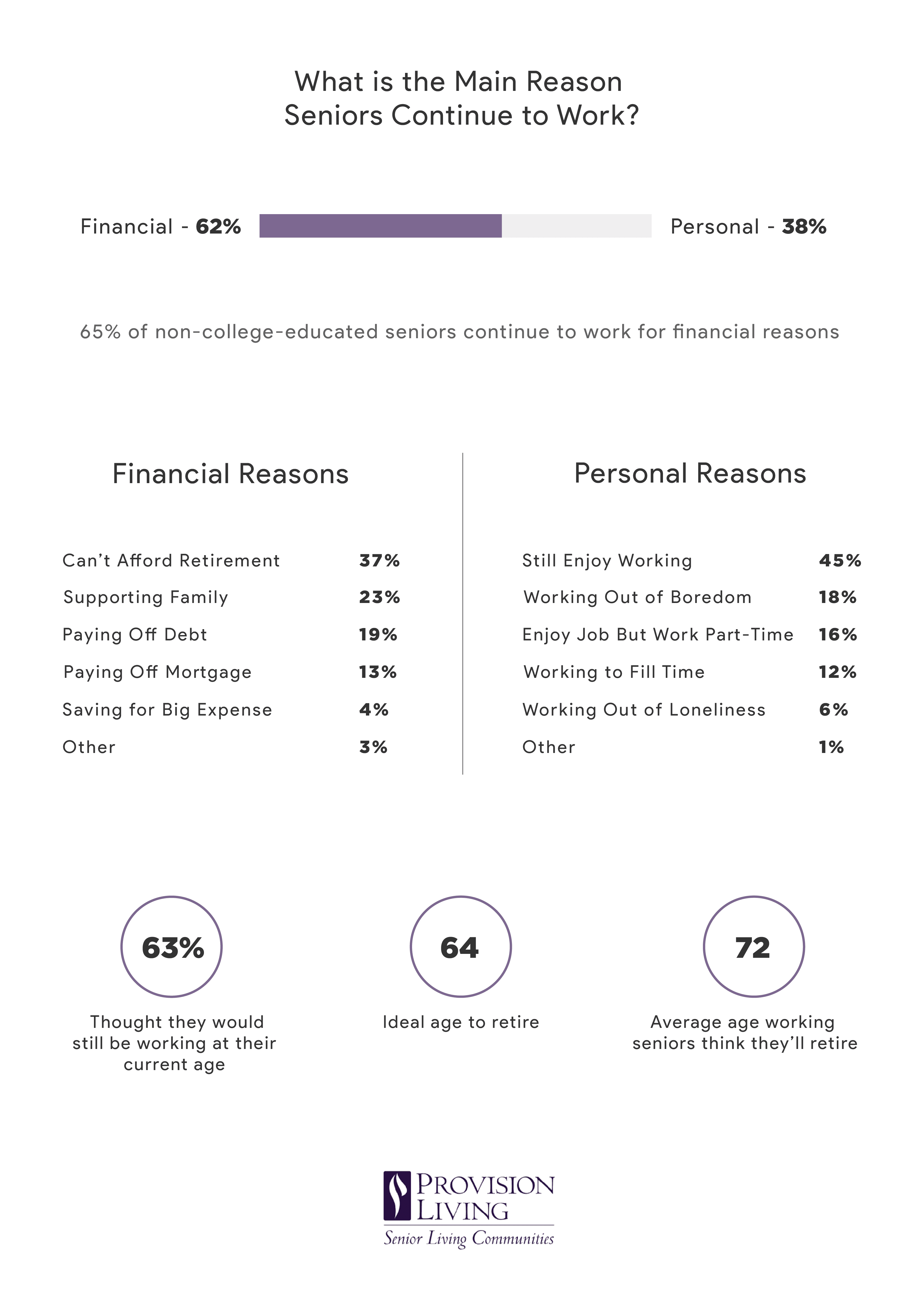