Telecommunications giant AT&T has committed to a three-year plan meant to improve its overall performance and corporate governance as a result of engagement with activist Elliott Management.

AT&T said on Monday that it will commit to a capital allocation plan that includes a portfolio review, debt reduction initiatives, and “no major acquisitions.” The firm also agreed to refresh its board, with two directors retiring over the next 18 months. CEO Randall Stephenson will remain in the role through at least 2020.

The changes put an end to one of the largest campaigns of this year, which started in early September with a lengthy public letter by Elliott that criticized the company's strategy and called on AT&T to divest non-core assets, institute capital discipline, and "aggressively" de-lever, while enhancing "leadership and oversight."

Elliott applauded AT&T on Monday, stating that the moves "will create substantial and enduring shareholder value at one of America’s greatest companies."

Quintessential accused Bio-on of "fictitious" sales in a late July short report, leaving the company under fire since. The short seller unveiled accounting irregularities, contended that the company "a massive bubble," and questioned Bio-on’s financials by alleging that most of its revenues were controlled or related to opaque shell companies.

The bioplastics company denied the allegations but was later hit with an investigation by Italy’s market regulator Consob as well as plunging revenues for the first half of the year. Bio-on lamented the disappointing results and blamed Quintessential’s short report for its misfortunes.

The number of Japan-based companies in the services sector publicly subjected to activist demands between January 01 and October 25 in respective years. 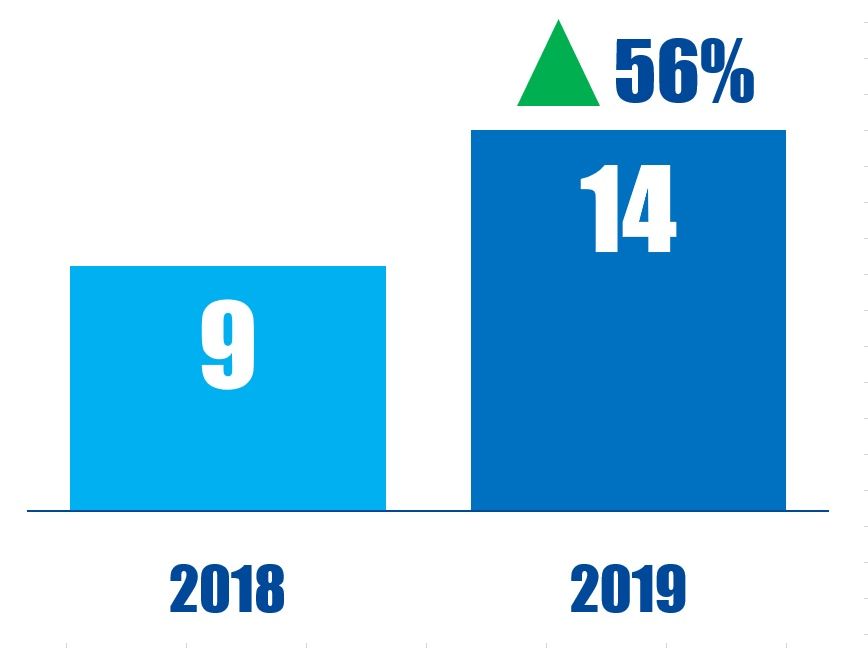